Had a fabulous time celebrating the 4th of July with our cousins and Aunt and Uncle.  We spent the day at our parents's club.  The same club that we spent our 4th of Julys growing up.  So glad Craig and my kids get to grow up together.  Love them!!!  They are all best friends. 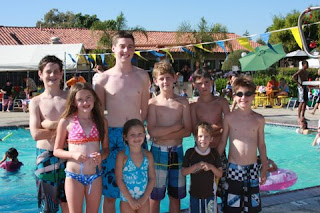 Too Cool Cousins with new sunglasses: 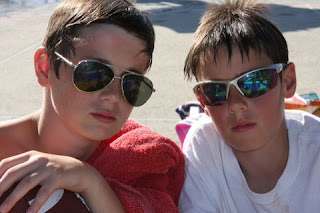 The boys impressed that their Uncle Jason and Uncle Sam's records are still holding 25 years later. 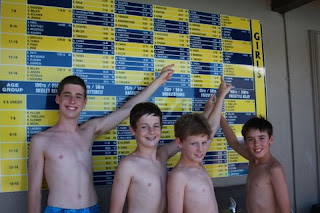 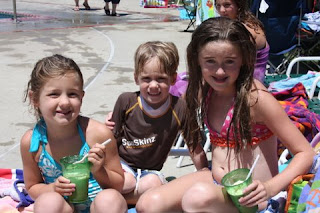 They did a Soda Pop Dive. 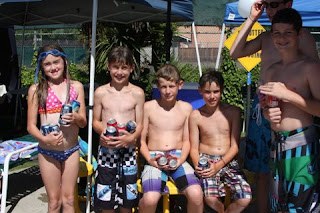 Trying to keep the Mulliner tradition alive.  Waiting to go for the T-shirt Relay Race.  Matt, Max, Wyatt and Stevie were on a team.  I think next year, Craig, Sheila, Steve and I need to enter the contest.  Give the boys a real challenge. 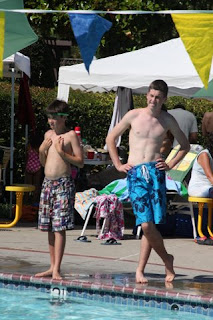 Jumping off the diving board was a big hit for everyone. 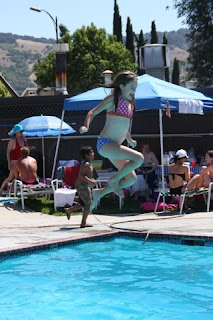 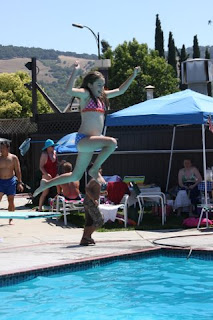 Belly Flop contests.  Marky and Stevie were in the Final Five of the contest (out of 50 kids).  We were all very impressed at their Belly Flopping skills.  We kept telling Marky jump on your stomach and he did.   Both their stomachs were so red after the contest. 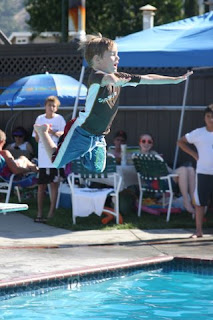 Stevie added a few tricks to his belly flop.  He had a triple spin before he landed flat as a pancake. 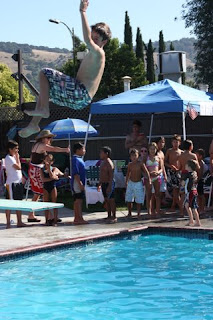 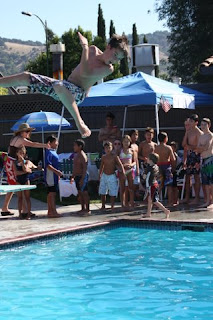 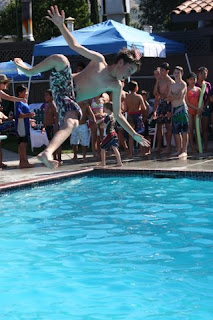 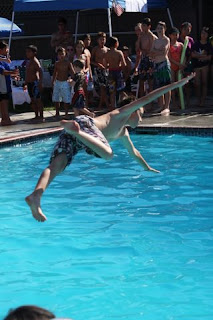 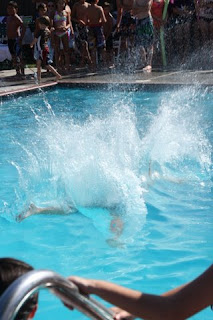 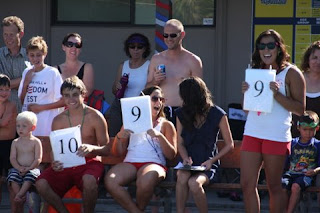