Marky really wanted a Halloween Party.  He named his Halloween Party, "Pumpkin Party."  At the last minute (like the night before and morning of), we decided to invite our neighbors over for a party.  Love that all these sweet kids will be going to Kindergarten together. 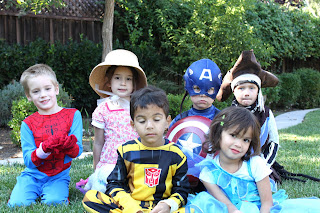 Stevie wanted to be in charge of all the games.  He did such a great job entertaining the children.  Sure makes throwing a party easy when the older siblings plan the activities. 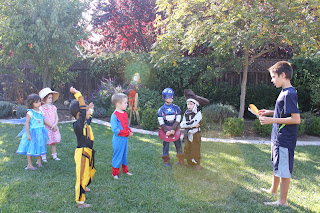 Stevie gave them either a pumpkin or ghost and had them run relay races. 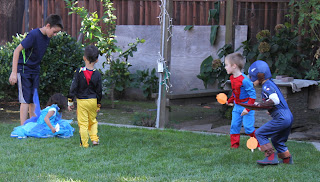 Marky running with all his might for the Pumpkin Team. 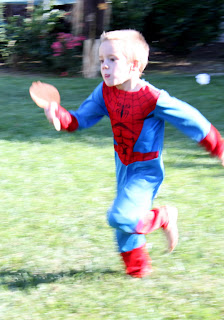 Chelsea and Stevie leading the kids in Halloween Bingo. 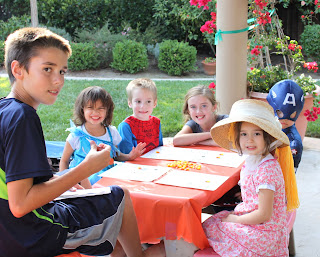 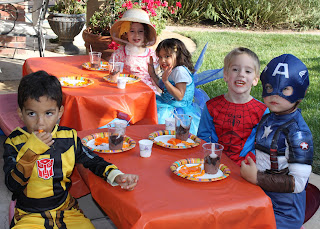 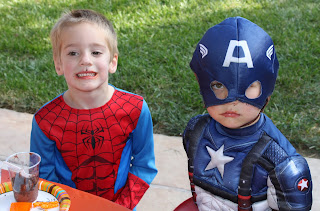 Marky is not a fan of pudding cups because it is too messy, but had thirds on the Cheetos. 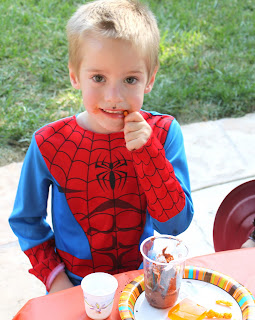 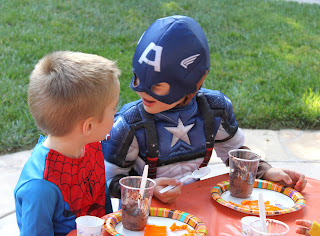