The thing about Dubai is that everything is the "largest,biggest, tallest" in the world.  There is so much construction going on.  Cranes atop every building.  The architecture of the buildings is fascinating.  Each building is in a unique shape.  I wonder about the people who live there (especially the expats) how they survive the summers in stifling heat.

The fountain in the hotel was filled with fresh flower petals each day. The lobby smelled amazing. 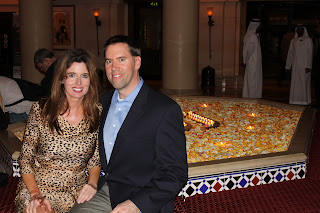 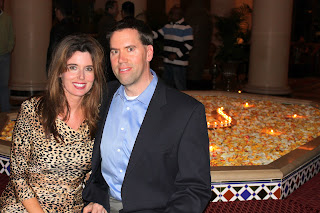 We went to dinner downtown one of our nights in Dubai.  A friend of one of Steve's coworkers had recommended the restaurant.  I have to admit I was a little leary because it was attached to the largest mall in the world.  Little did I know that the location was key with this restaurant. 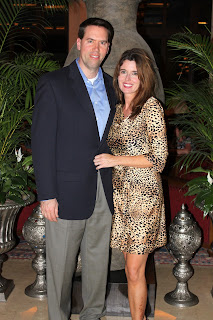 As we walked out on the balcony (several stories high) we heard loud music. As we stepped out, we realized the light fountain show (which happens to be the "largest in the world" was just beginning. It was an amazing show put on every 30 minutes. 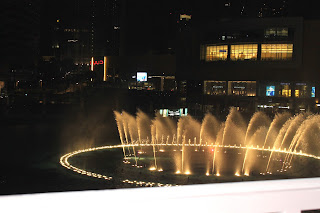 The pictures do not show how spectacular the light fountain show was.  The fountain is in the middle of the 30-acre Burj Khalifa Lake.  The fountain shoots water jets as high as 500 ft (equivalent to that of a 50-story building). 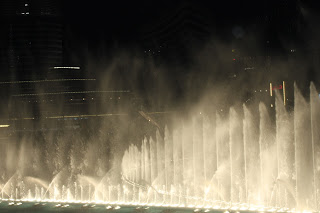 Around the entire area, there are people standing around watching the show.  Photo below taken from Dubai Fountain Website. 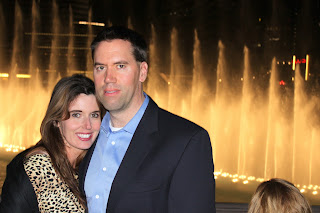 The restaurant was actually across the Burj Khalifa.  The beam from the fountain show is considered to be "the brightest spot in the Middle East, if not the world."  (quote taken from the Dubai Fountain website). 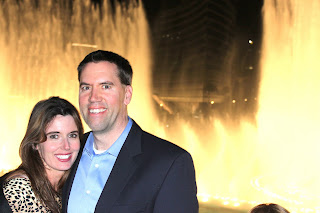 We visited the Burj Khalifa (the tallest building in the world). 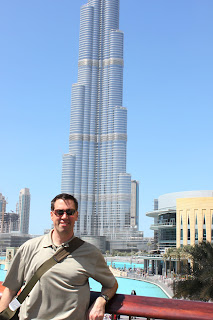 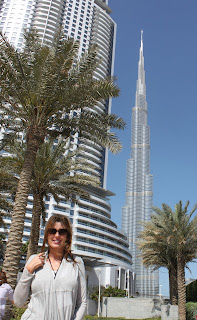 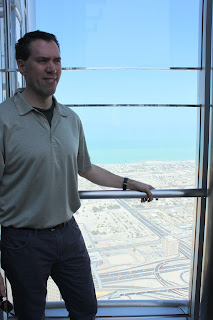 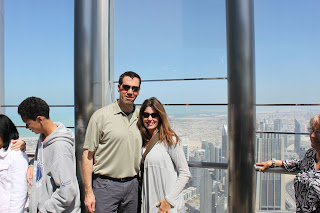 Only in Dubai, if you need gold quick, you can go to the gold vending machines. 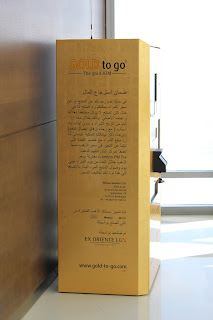 We didn't want to look down, we were so high. 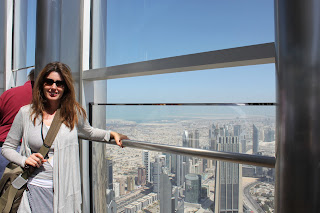 At a newly constructed mosque.  Most of the buildings were built in the last 10 years.  There are mosques on every corner.  It made us want to learn more about the culture and Islam. 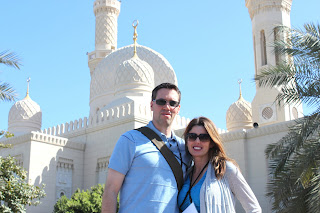 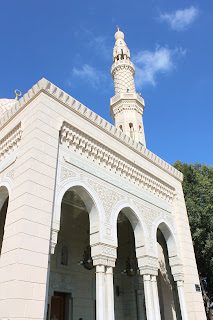 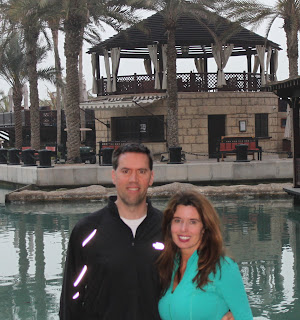 On the abras at the hotel. 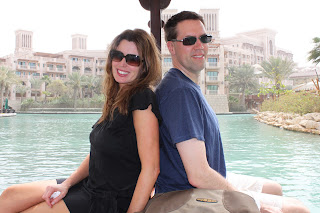 The resort  was huge with so many sites to see. It was fun exploring. 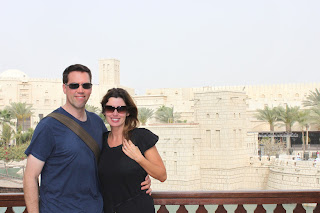 Email ThisBlogThis!Share to TwitterShare to FacebookShare to Pinterest
Labels: Vacations