Looking forward to Working and Playing

Working at the snack shack at Matt's lacrosse game. The kids were so excited even counting days till it was our turn to run the snack shack. I stood outside while they managed the whole snack bar. 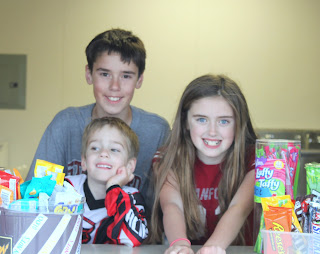 Wish they had the same excitement over Saturday Chores. 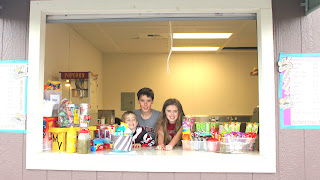 The kids were seriously so excited about working in the snack shack.  Look at Stevie getting someone's order of Nachos.  He was all business. 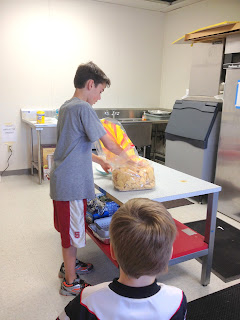 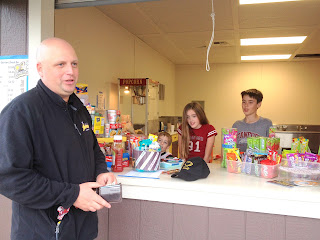 Celebrating Uncle Ronnie's birthday at McDonald's.  He is 71.  The employees all know him from his weekly visits and gave him a free Happy Meal to celebrate his birthday.  The manager took Ronnie over to sit in his "usual" place.  He enjoyed being the center of attention. 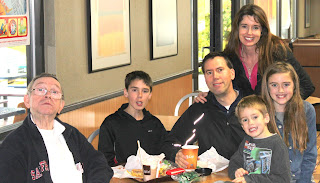 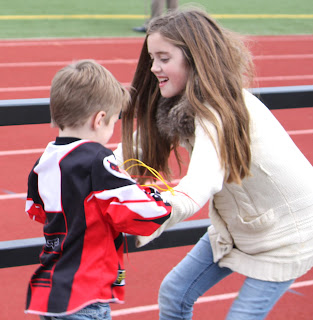 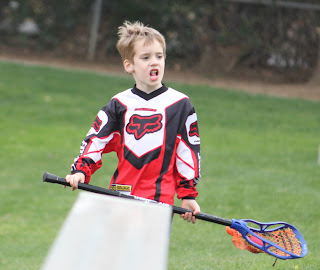 Love Stevie's expression of intently watching the game and Marky is running toward me to ask for money to go to the snack bar.  There are some advantages of being the 4th child-  I would have NEVER and still NEVER buy the junk food from the snack bar for Matt, Stevie, and Chelsea.  In fact, they do not even bother to ask.  Marky, on the other hand, I give him money for the snack bar everytime we go to a lacrosse game. 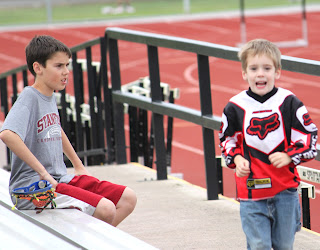 Our very kind neighbors gave us tickets to the Sharks game.  Stevie and Sami were beyond thrilled to be able to go to their first Sharks game.  The Sharks even won!!! 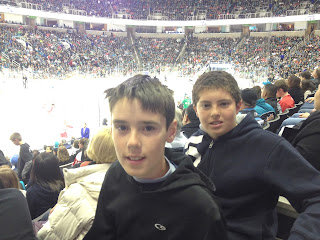 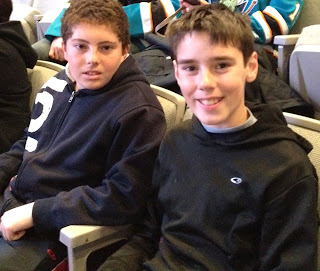 Coincidentally, Matt was already going with Peter and his family.    So grateful that Matt has such a good friend like Peter.

Who is that sneaking in the picture in the back??

Taking a cake decorating class with some fun women. 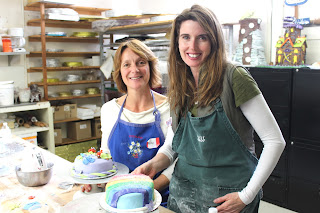 I was working right next to this incredibly talented woman.  She pulled this book out to model her cake after.  This book, A Dress for Me,"  was written by my friend, Sue Fleiss.  Such a small world.  It was so much fun to get to know these women.  We will surely see each other again since we all have kids going to junior high at the same time. 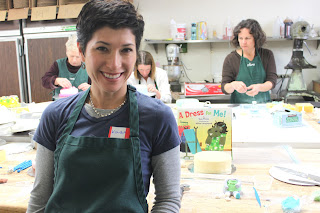