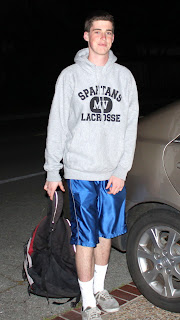 Matt is humoring me as I am taking pictures of him on his way to the airport.  I threatened that if he did not give me a decent picture now, that I was going to go to the airport and take them.  That got him to pause for a moment. 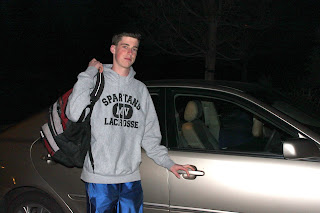 They played a few games but had lots of time to play around in the city.

Not sure I want to know about this picture.

Coolness factor.  Obviously, Matt did not take any pictures.  I took all these from facebook.

At the end of the lacrosse trip, Matt spent the rest of the time with Uncle Jason, Aunt Sophia and kids.  My kids have the best aunts and uncles.   Love that Matt got to see Clark's fiery red hair.  Wish we lived closer to these cute cousins than opposite coasts. 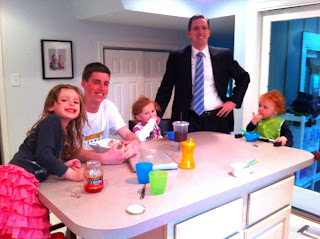 Uncle Jason and Matt took in a business class at Wharton Business School.
Thought Jason's facebook status was funny at the time. . .
"Back on campus ... with my nephew showing him college life — with Matt Brim at University of Pennsylvania."


The comment, "College life? Humm.... Like when you used to go to sleep at 10pm? Your nephew is going to be very excited ;-)

Uncle Jason and Matt took a day off and rode the Kingda Ka.  Matt is so blessed to have so many aunts and uncles who influence his life.   Thank you Jason and Sophia for showing him a great time and loving him!! 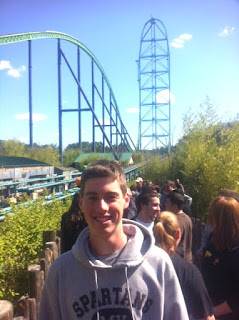 This pictures says it all.  According to Jason, "This is what happens when you go from 0 to 128 mph in 3 seconds." 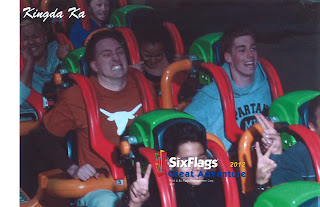 Matt is so lucky to have an Uncle Jason.