"Go the Extra Mile, It is Never Crowded." 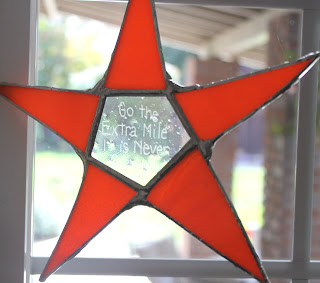 This year for our Back to School Feast, each child chose a book and came up with a food item that referenced the book.  We had quite a variety of food choices. 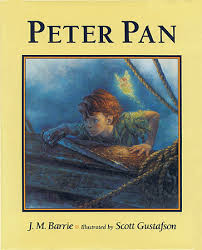 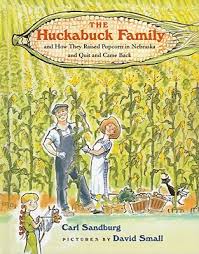 Marky chose Peter Pan and The Huckabuck Family .  We made "canon balls" and "Pony, Pony Popcorn." 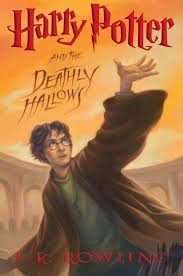 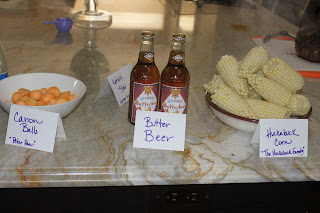 Chelsea chose Mercer  Mayer's, "Where the Wild Things Grow."  We had wild vines. 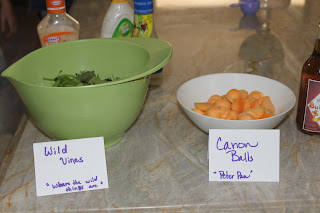 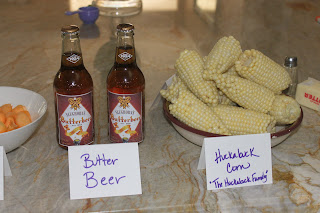 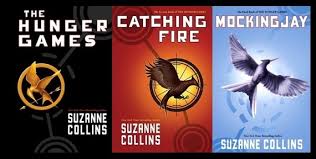 Chelsea also selected Because of Winn Dixie and we made "Sweetie Pie's Pie. 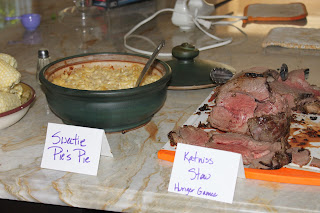 Each child opened their star with our theme engraved on the star.
"Go the Extra Mile, It is Never Crowded." 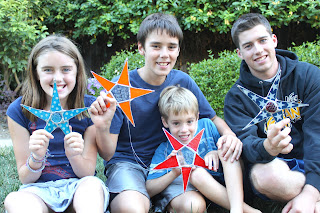 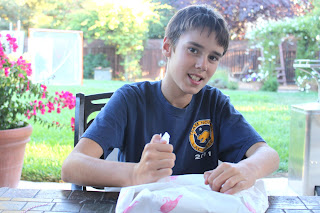 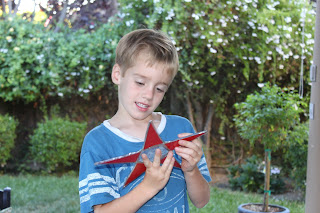 Marky really thought his was a Ninja star.  He is getting ready to throw his Ninja Star.  So much for me hoping the stars are inspirational for the kids. 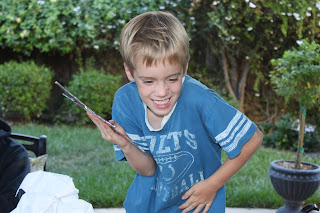 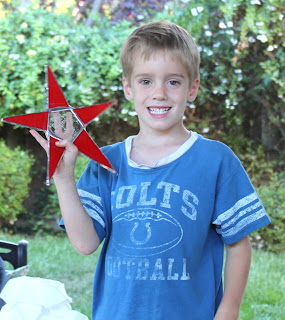 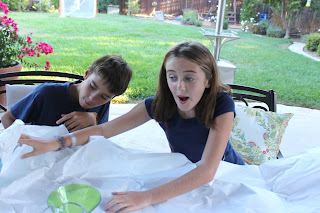 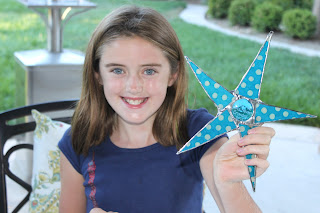 The beginning of school is such a great time of year.  All the excitement of learning new things, meeting new people, and having new experiences. 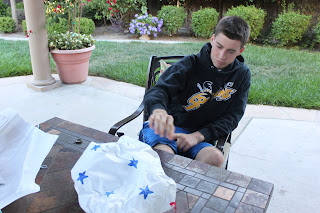 This picture captured a little of each of their personalities.
Love that Marky is getting ready to throw his Ninja Star. 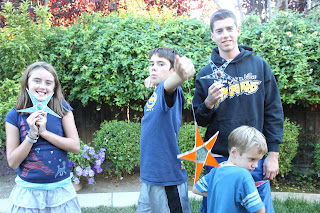 Last year's feast is here.
Posted by Joilene at 1:17 PM

Email ThisBlogThis!Share to TwitterShare to FacebookShare to Pinterest
Labels: Traditions