Sports in the Bay Area

To be a fan of a Bay Area Sports Team was huge this year.  With the Giants winning the World Series, 49ers in the Superbowl, and our home town team Stanford in the Rose Bowl, we had our fair share of celebrating and tailgating.
Matt inviting a few friends and a cheesehead over to watch the 49ers. 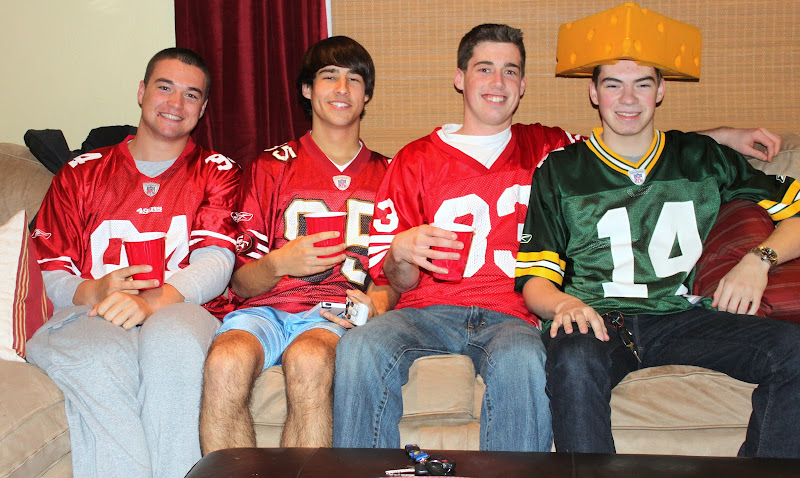 I had cooked and bought a bunch of food for the game.  I underestimated what 4 teenage boys could eat.  It was all gone within the first few minutes of the game.
Matt has such great friends with greater appetites. 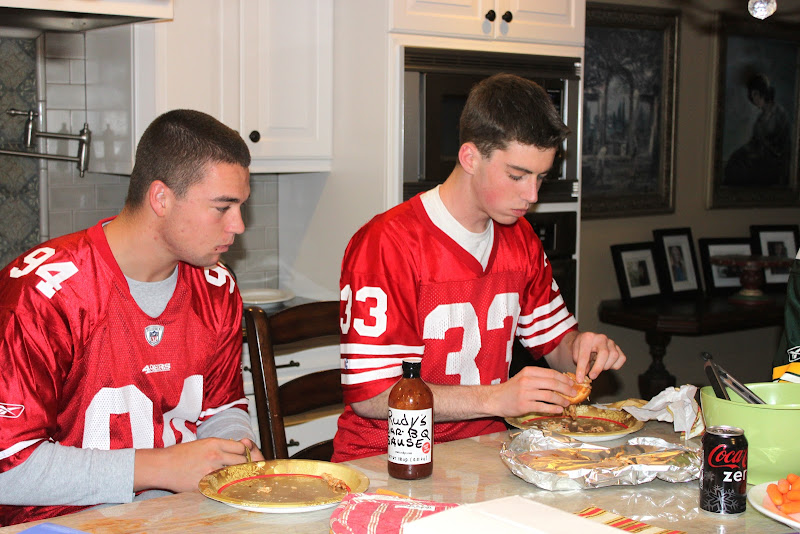 We almost did not let the cheesehead in the house when he knocked on our door.  Good thing we like Peter so much (and the 49ers won this game). 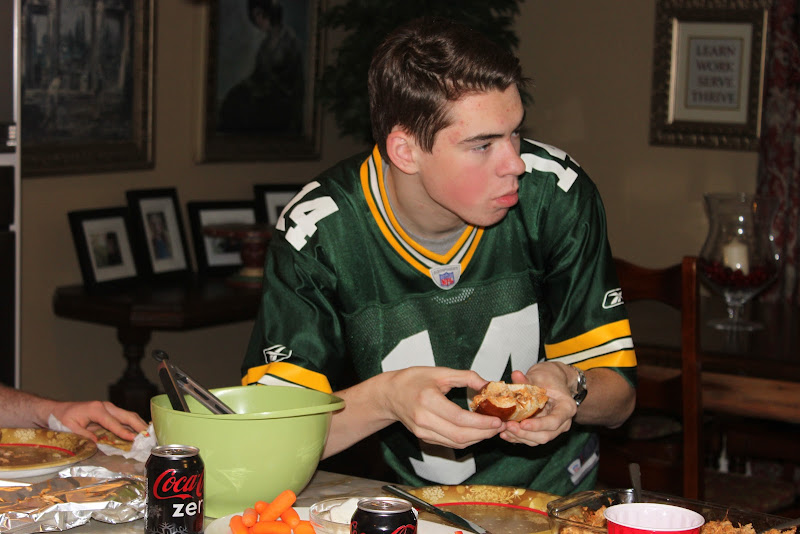 Steve and kids happily cheered on Stanford at the Rose Bowl.  They dressed for the occasion.  It was quite an exciting game.  Steve was so happy that his alma mater had won. 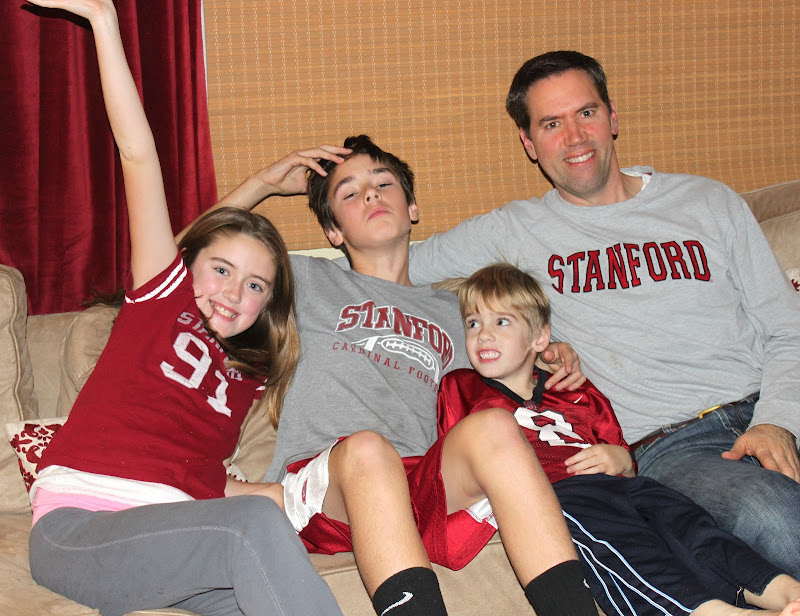 Of course, Matt had to watch the Texas game.  Had to get a picture of Matt eating during half-time of his game and Marky with his "Christmas Milk." 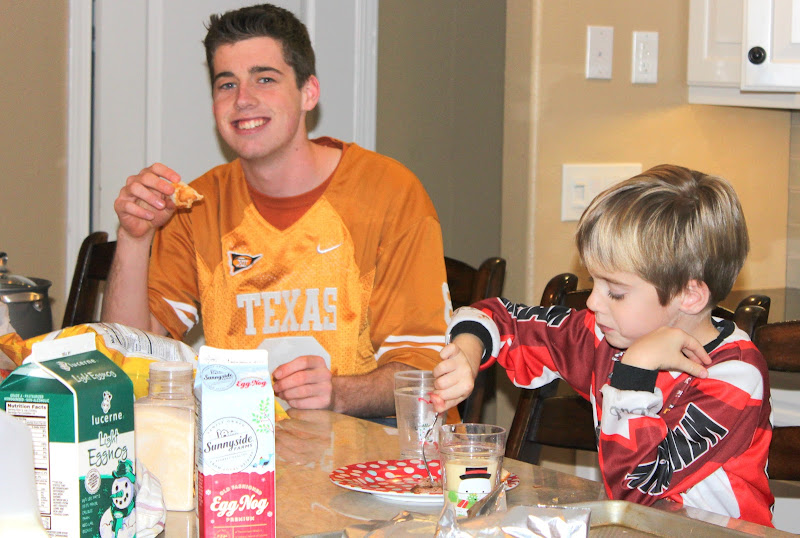 And then, just like that football season was done.
Posted by Joilene at 11:46 PM