Our Southeast Asia trip was actually in April.  We  spent a good part of one day stuck in the Hanoi Airport.  Our flight from Hanoi to Cambodia had been cancelled and our Visa to enter Vietnam was not valid until 5 days later.

So we sat in the older section of the airport unable to go anywhere, since we were technically not able to enter the country.  We finally were able to buy ourselves into a club to wait out our long day.


When we finally entered Vietnam after Cambodia we were taken back with the City Life after our time in Cambodia.

The Hanoi Opera House was right outside our hotel. 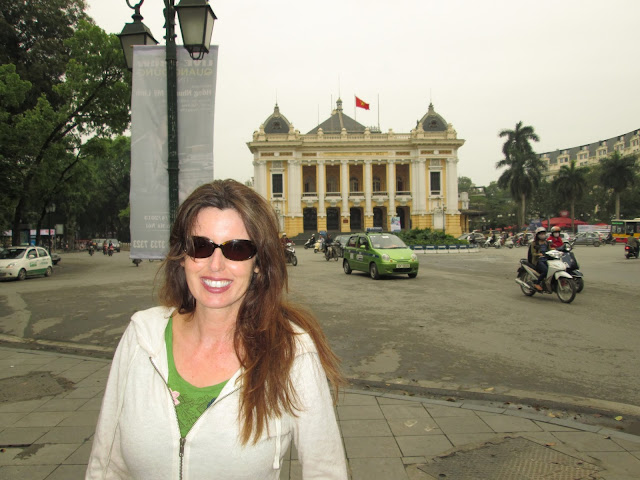 In Cambodia we endured extreme heat, but in Vietnam it was colder.  When I packed I did not realize that Vietnam would be so much colder than Cambodia. 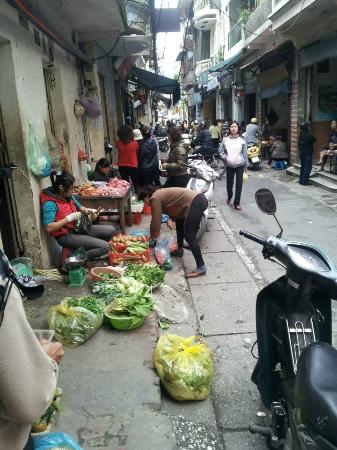 On our first day, Steve and I walked all around the city to find me some warm clothes.  I never found any clothes, but we enjoyed getting to see the city. 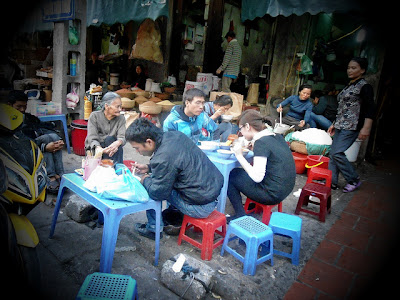 Every building had people outside cooking. 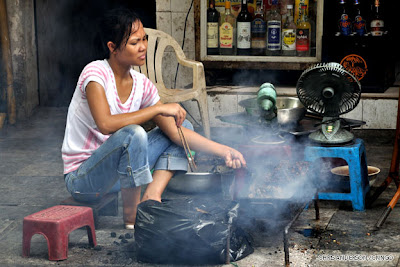 It was interesting to see the people sitting right on the street eating everywhere.  It was a quite a social gathering. 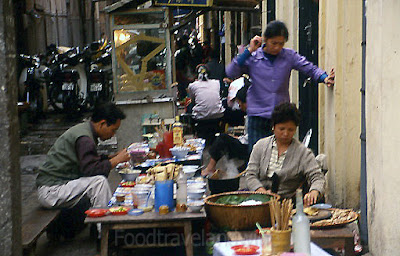 There were so many bikes everywhere.  Could not believe how many motor bikes.  Crossing the street was dangerous to most Westerners.  The advice we were given:  Do not stop or run while crossing the street. 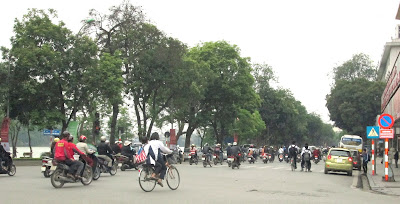 We saw many women walking carrying fruits and vegetables and bakery items in these baskets. 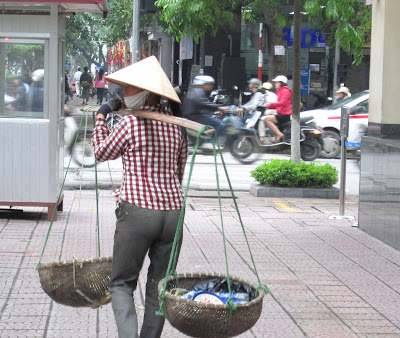 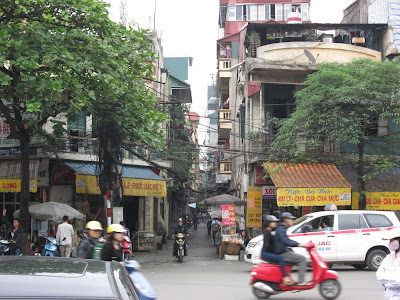 On our first night in Hanoi, we went to an event at the Hanoi Opera House.    It was erected by the French Colonialists which is why it is modeled after the Great Paris Opera House. 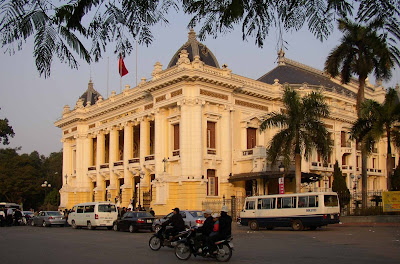 We had a private concert by the Vietnam National Orchestra.  It was amazing. 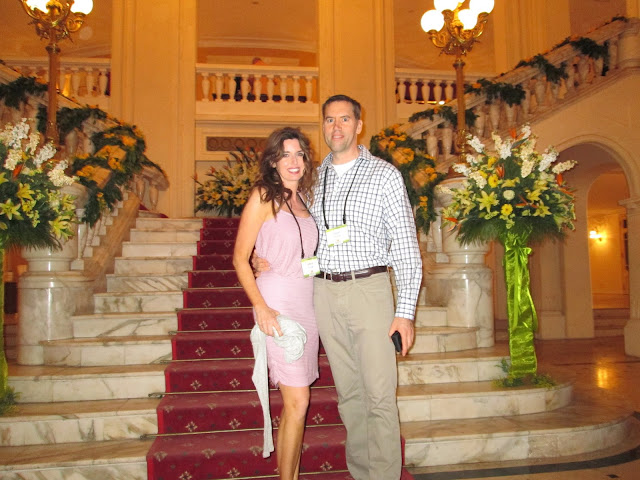 We visited the Mausoleum to commemorate the Communist Vietnamese President Ho Chi Minh (He is referred to Uncle Ho by his admirers). This site, constructed in 1975, is considered a holy site for most Vietnamese. There are guards everywhere on the ground.  As you enter the place where Ho Chi Minh's body lays, you have to be quiet and can not have your hands in your pockets or arms crossed.  Your hands need to be down at your side as you walk past the body. 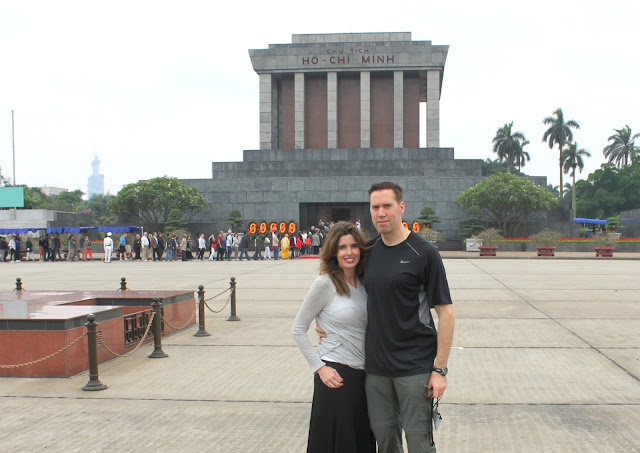 We learned that he was indeed a very inspirational leader to the Vietnamese.  Classes of school kids were lined up everywhere to enter in the Museum and pay their respect. 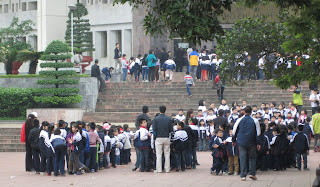 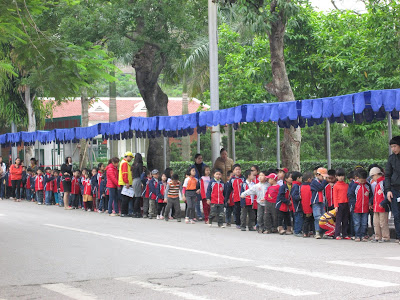 It was an extremely interesting experience.  Our Guide spent a great deal of time "educating" us on the "American War."  It seems that the Vietnamese are really trying to make Westerners feel comfortable in their country.  It was eye-opening to hear another perspective,
one that is not taught in the United States.

We then visited the Hanoi Hilton which is a prison used by French Colonists in Vietnam and later by North Vietnam for prisoners of war during the Vietnam War/American War.  It is sarcastically known as the "Hanoi Hilton" because of the torture inflicted on the American soldiers.

Again, our tour guide told us how good the Vietnamese were to the Americans.    There were lots of pictures of American soldiers having Christmas celebrations and  playing basketball.
When Senator McCain brought his family to tour Hanoi Hilton, he added some commentary of his own on how the Vietnamese portrayed life inside the prison.  When he passed the plaque that said,
"Though having committed untold crimes on our people, the American pilots suffered no revenge once they were captured and detained. Instead, they were treated with adequate food, clothing and shelter."
Shaking his head, Mr. McCain muttered, "That's entertainment." 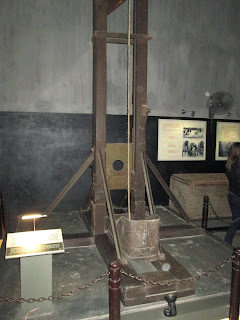 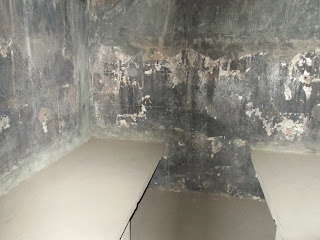 After visiting Cambodia and Vietnam, and seeing and feeling the devastation left by war,  you realize that war leaves us all with wounds that never heal.

We then took a drive a long the countryside.  We saw many narrow buildings.
"Land is extremely expensive in Hanoi, but the sky is free." 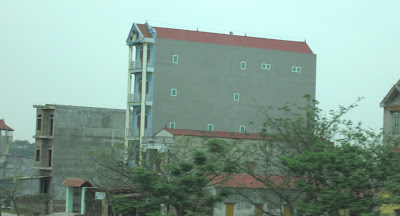 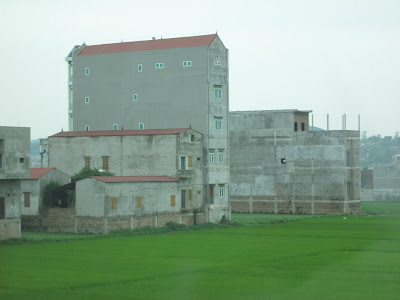 On our last night in Hanoi, we went to a gala at the Temple of  Confucius. 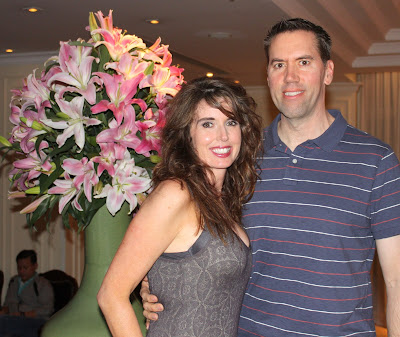 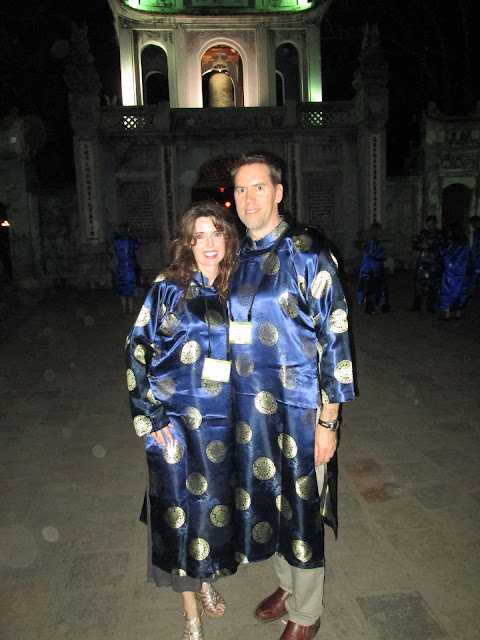 As we entered the Temple, cute little girls flew flower petals for us to walk on. 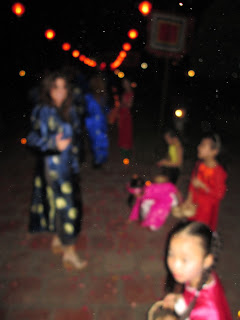 We were very much intrigued by all the wires everywhere.  Looked like a big mess. 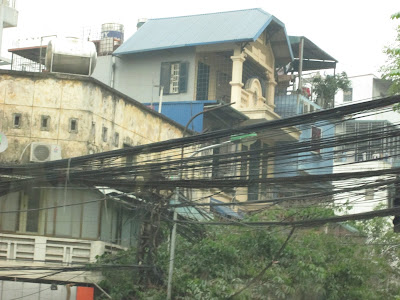 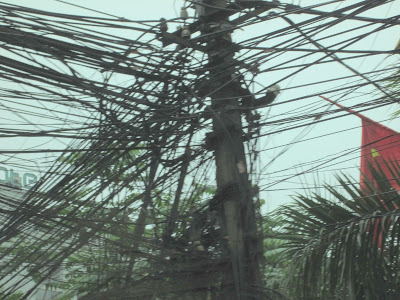