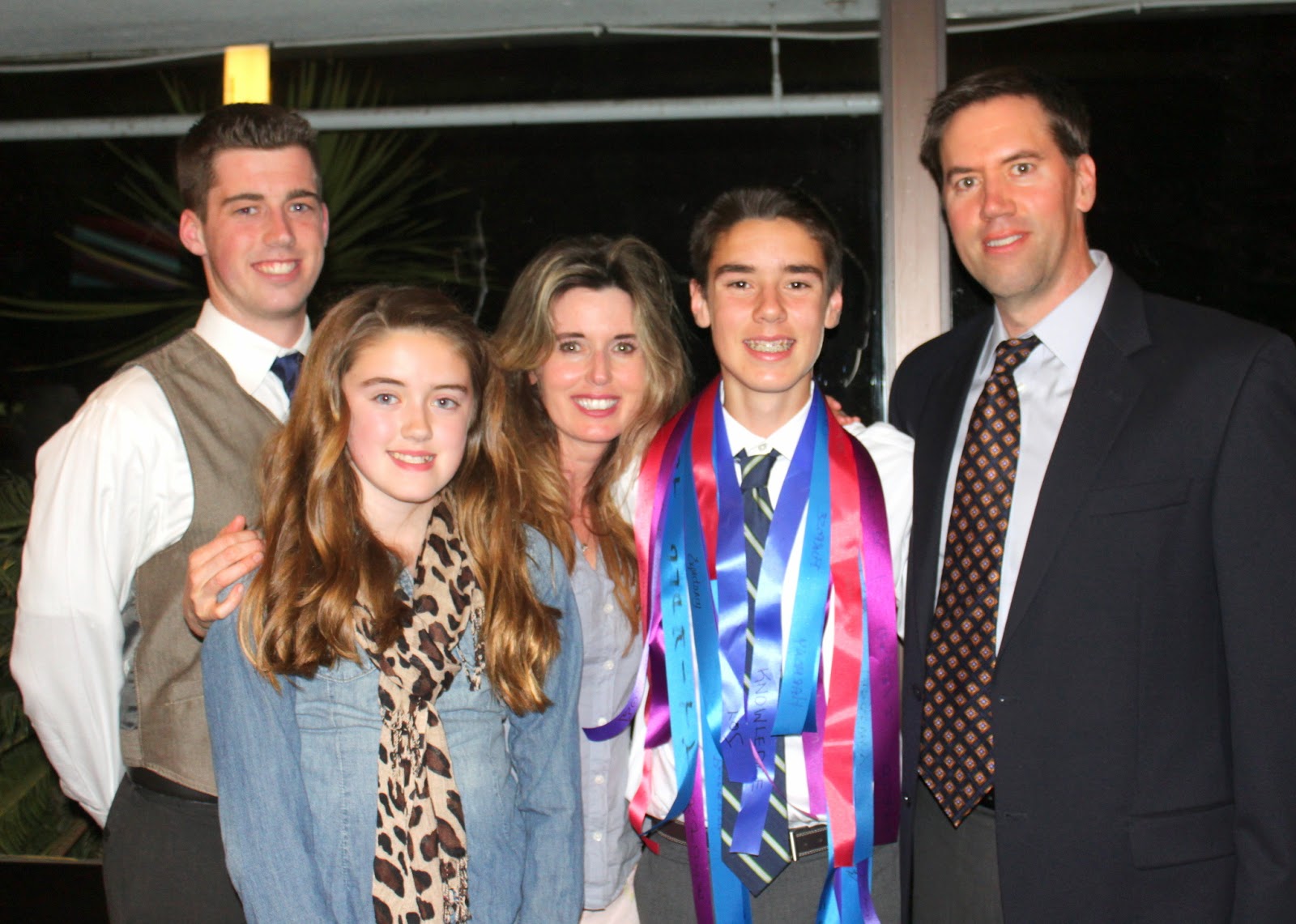 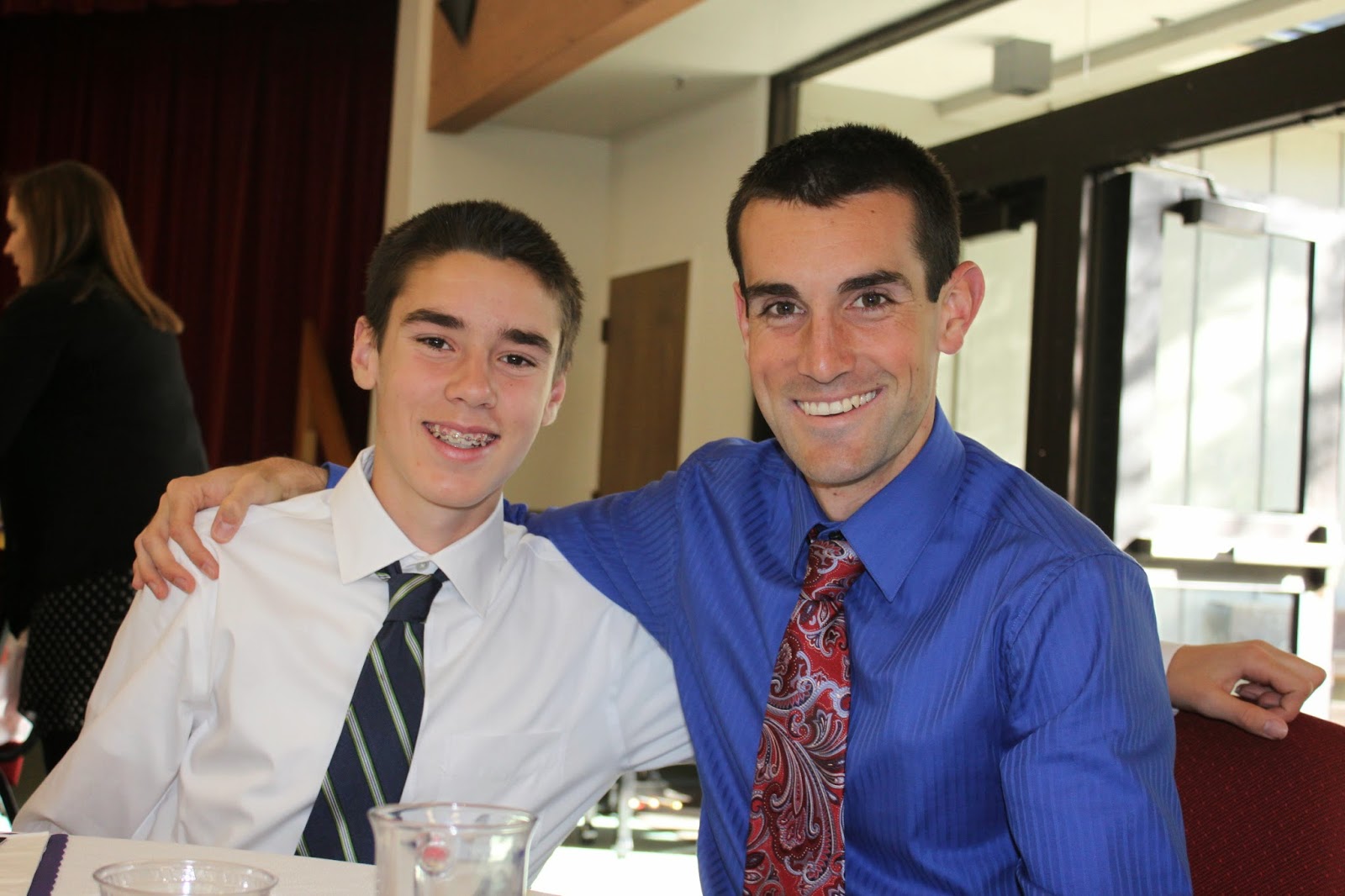 We had a dinner at Church right before the big ceremony.  Cute Marky in his cub scout uniform.  Matt had to leave right after to take Marky to the Pinewood Derby.  We were so sad to not be there for him (Little Marky actually came in 3rd place in the entire Pack. 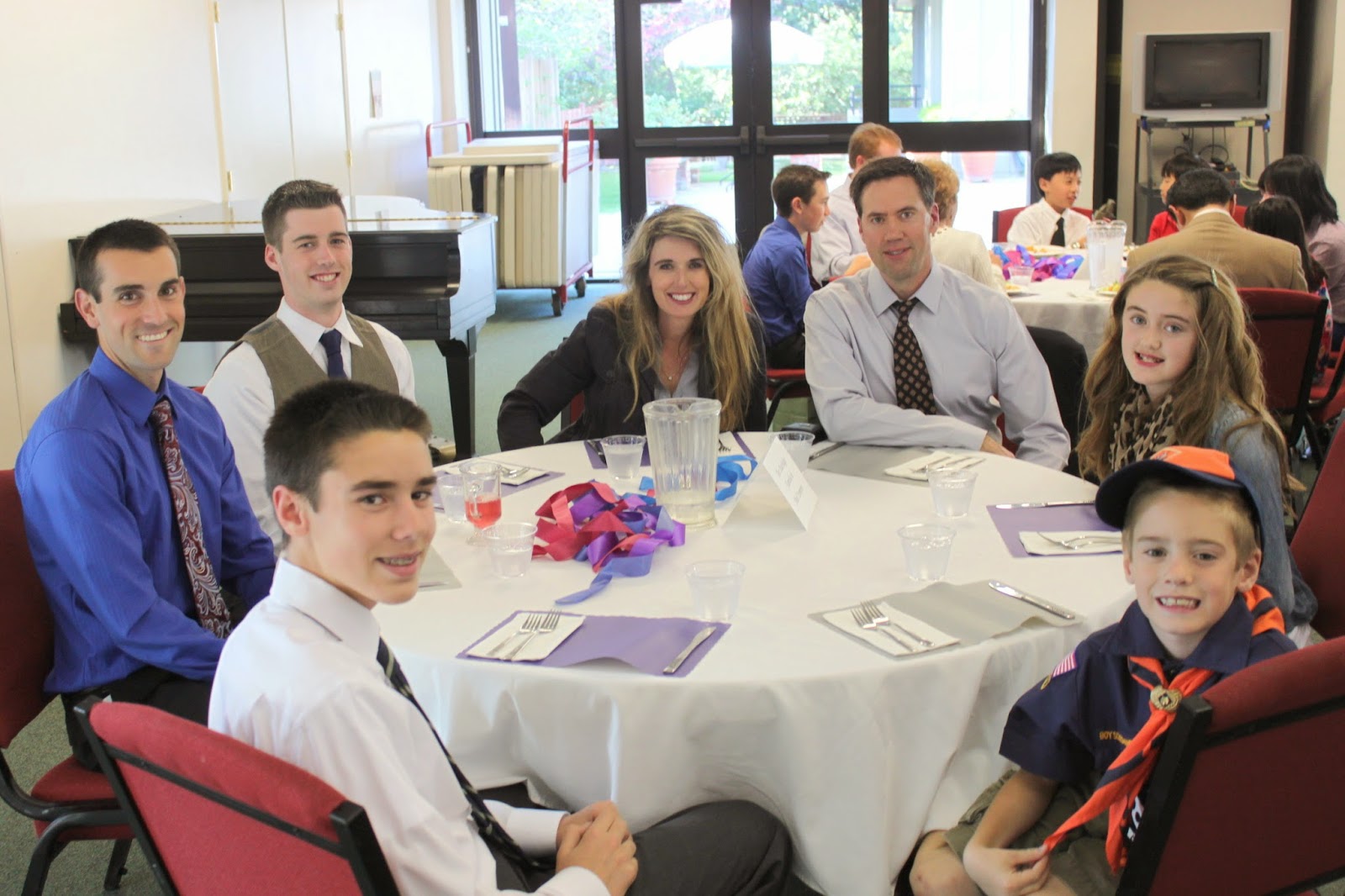 Phil made Steven his own cross to represent their time together.  It was actually pretty cool.  He put nails in the cross to symbolize Christ's sacrifice and tied the wood together with twine. 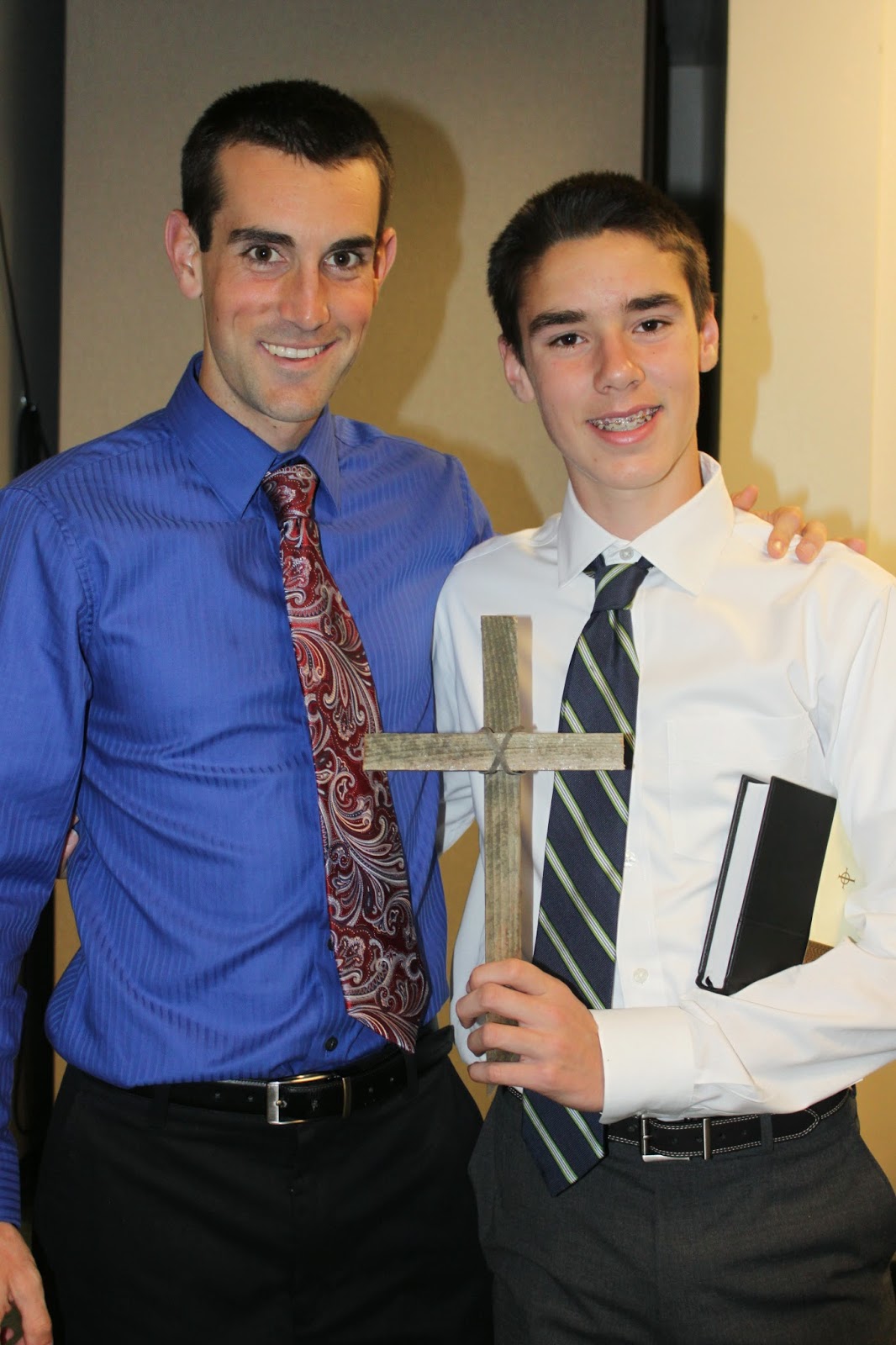 He also gave Steven a Bible with a special message for him. 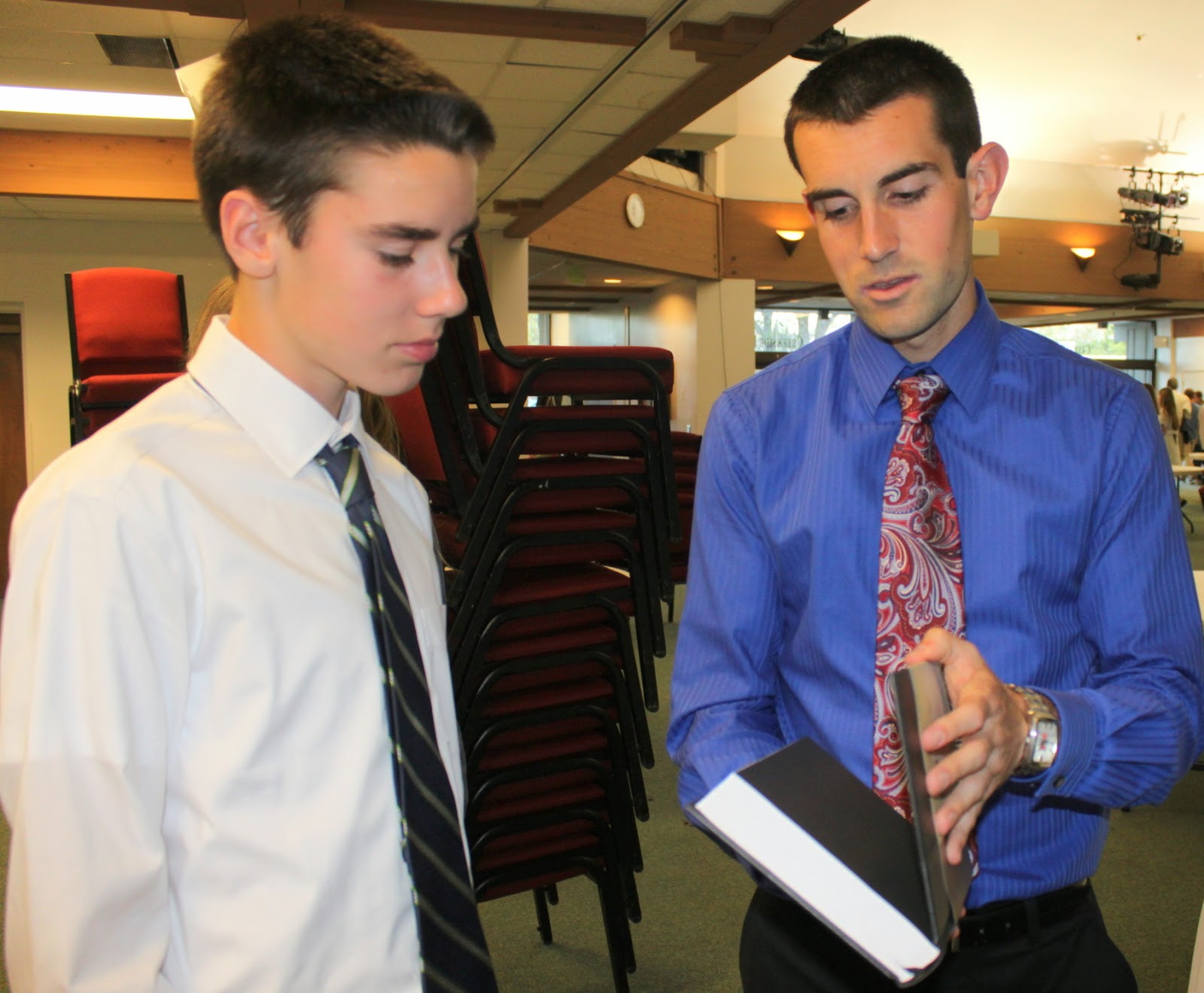 So grateful to Phil for all that he did for Steven. 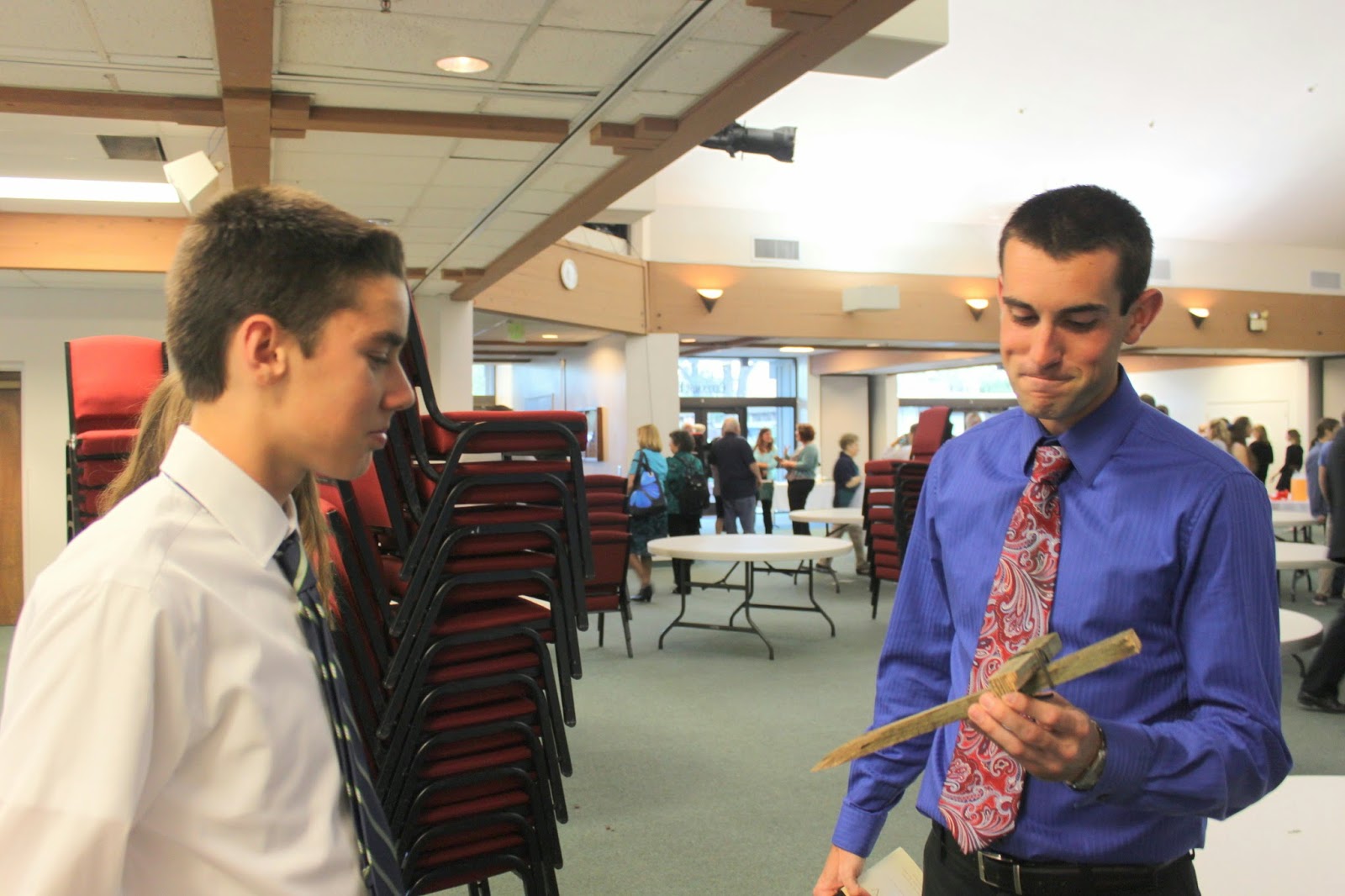 Steven put together a candybar story with gift cards for Phil as a thank you for all the time that Phil spent with him. 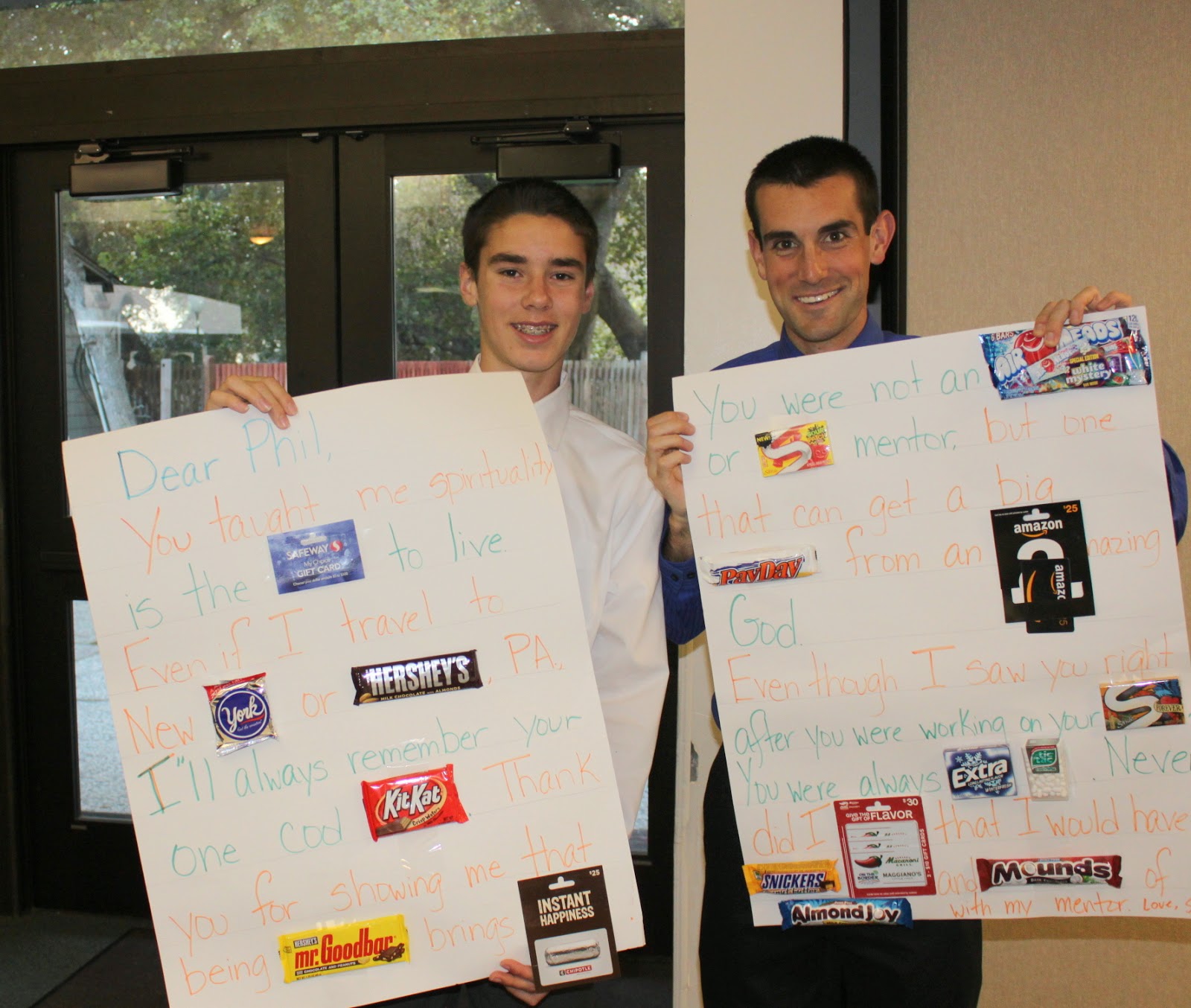 Phil's brother, Sam, came over to enjoy the gift as Stevie read the story to them. 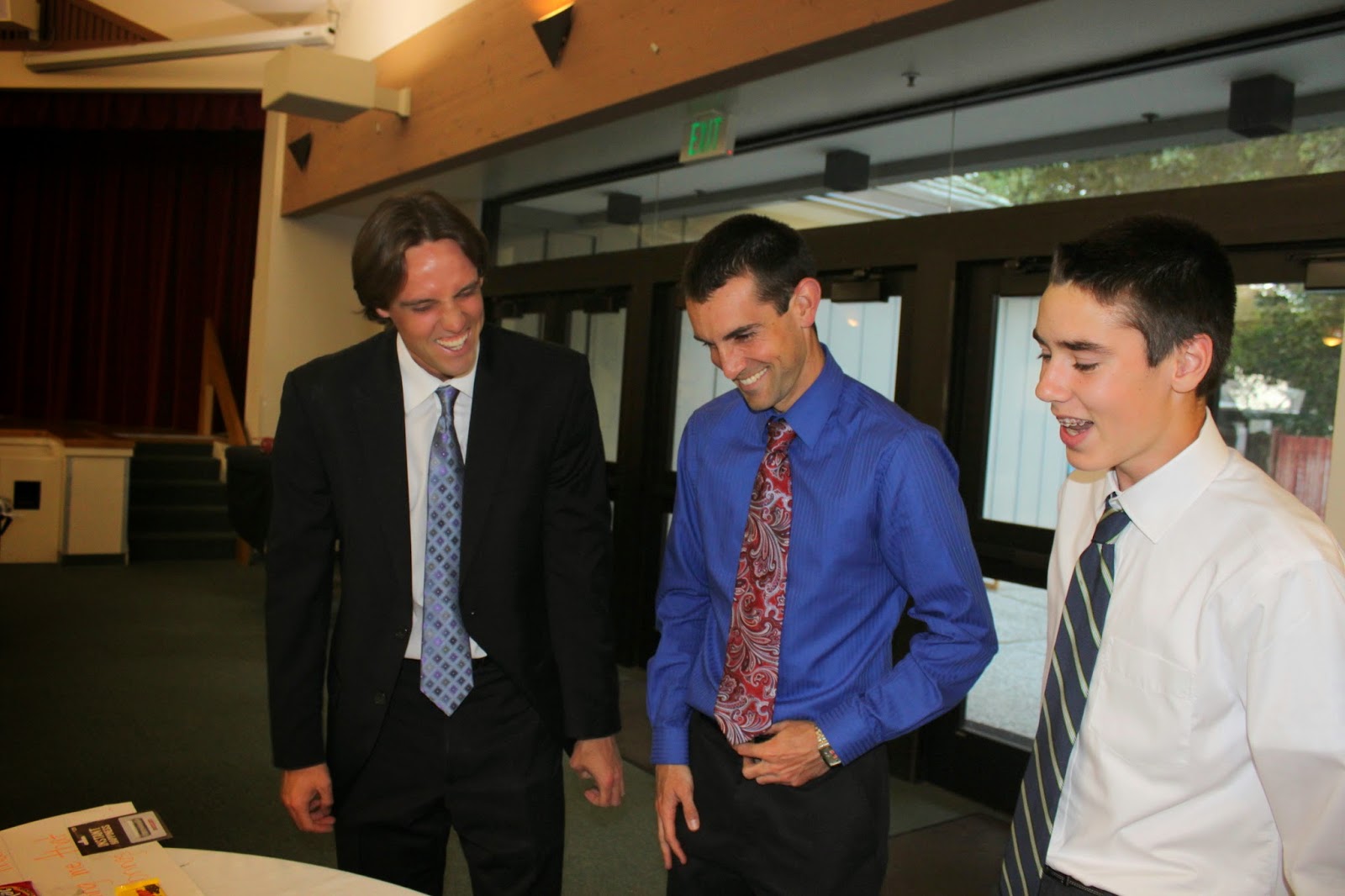 Steven and his buddy Jack.  They may become brothers-in-law some day. 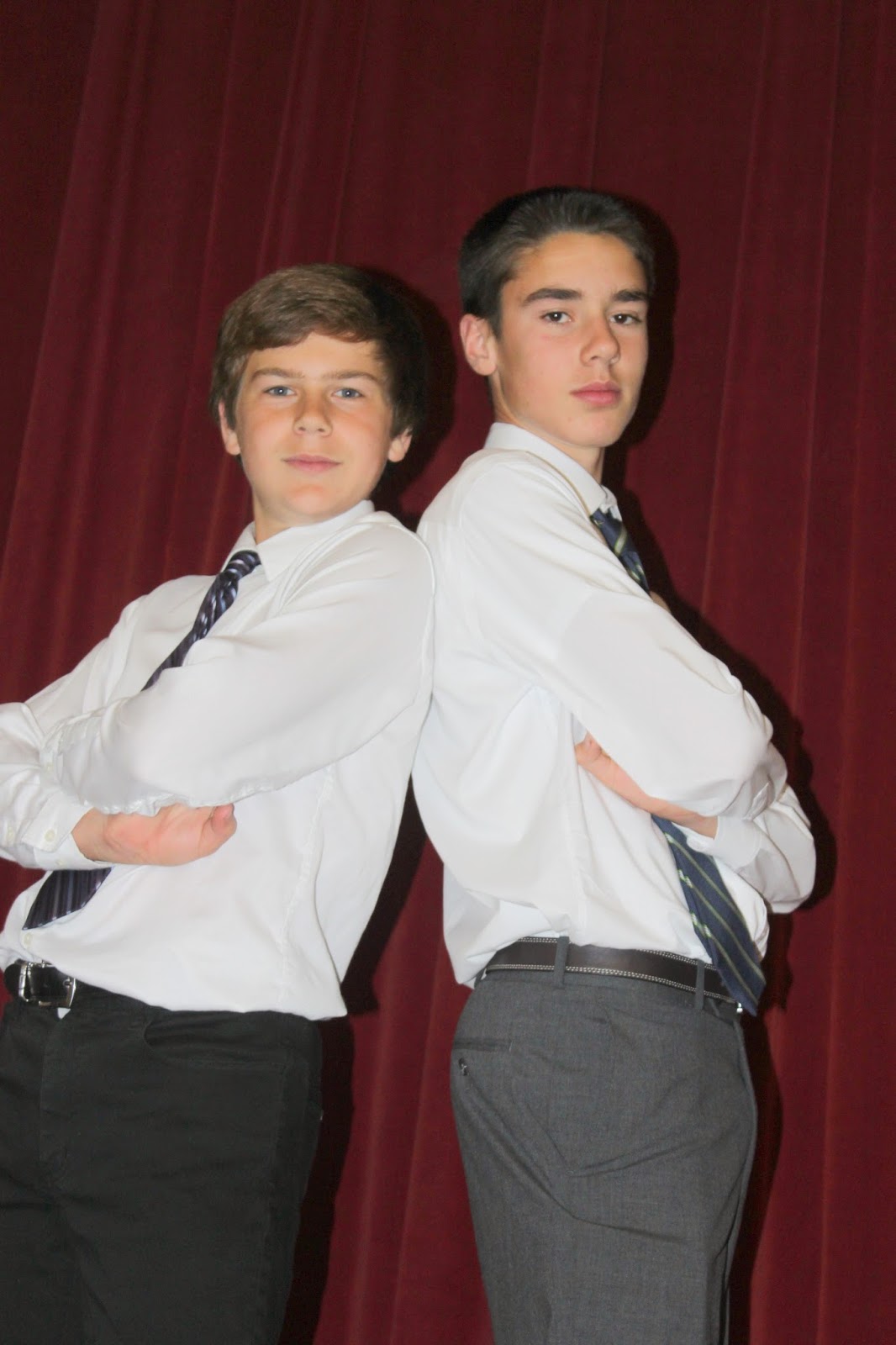 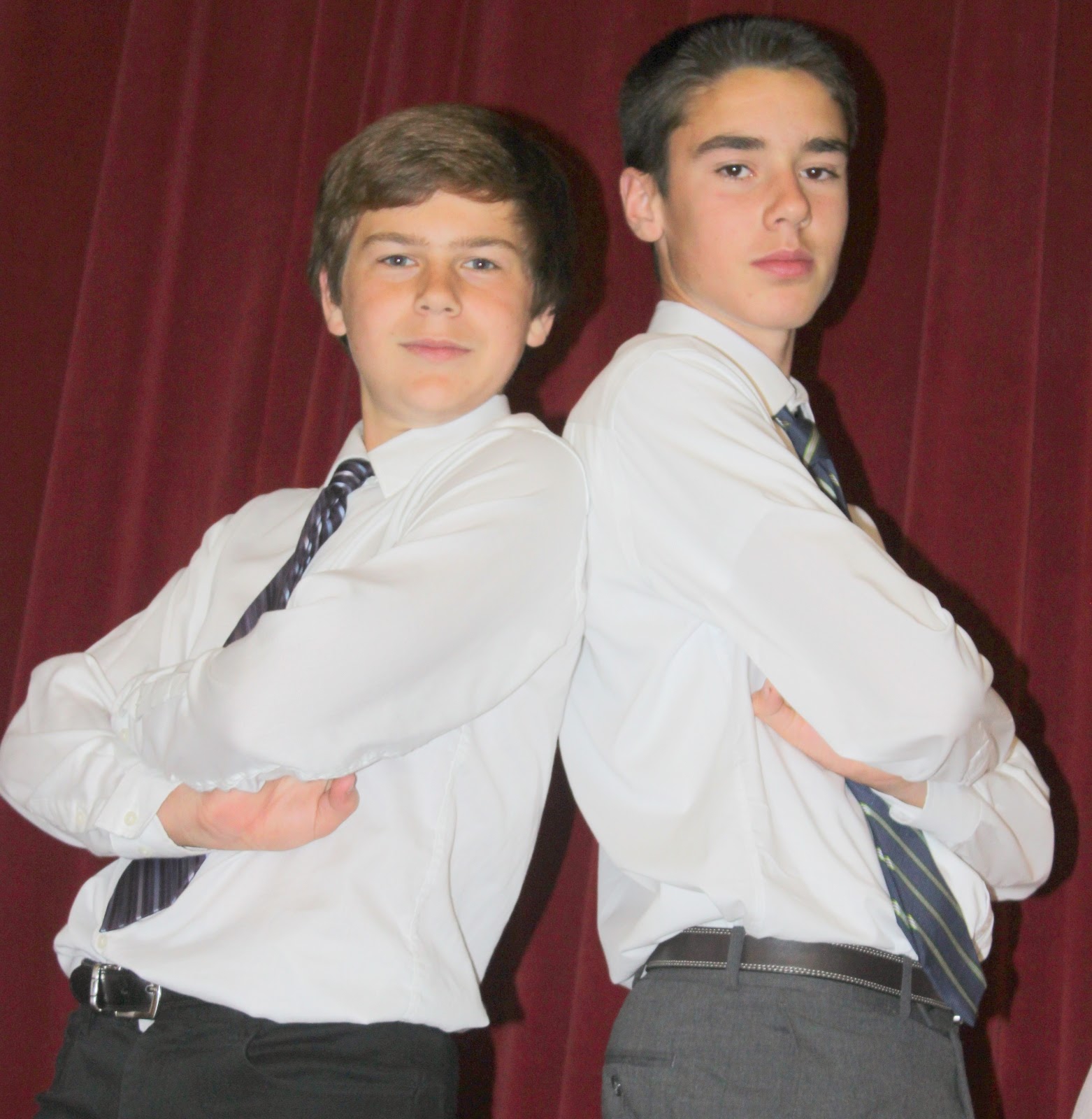 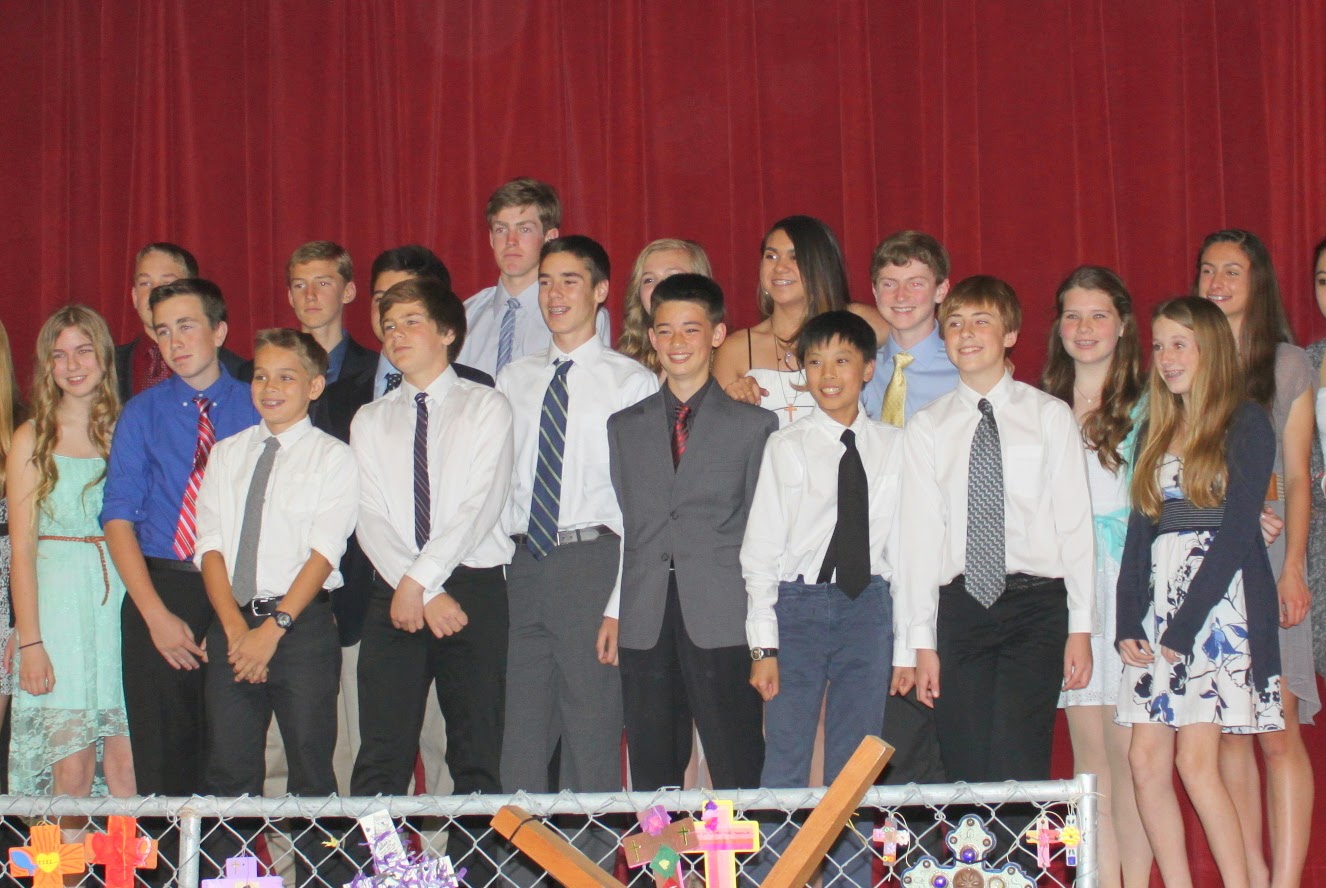 We love this boys so much!   My heart swells at how lucky we are to be his parents. 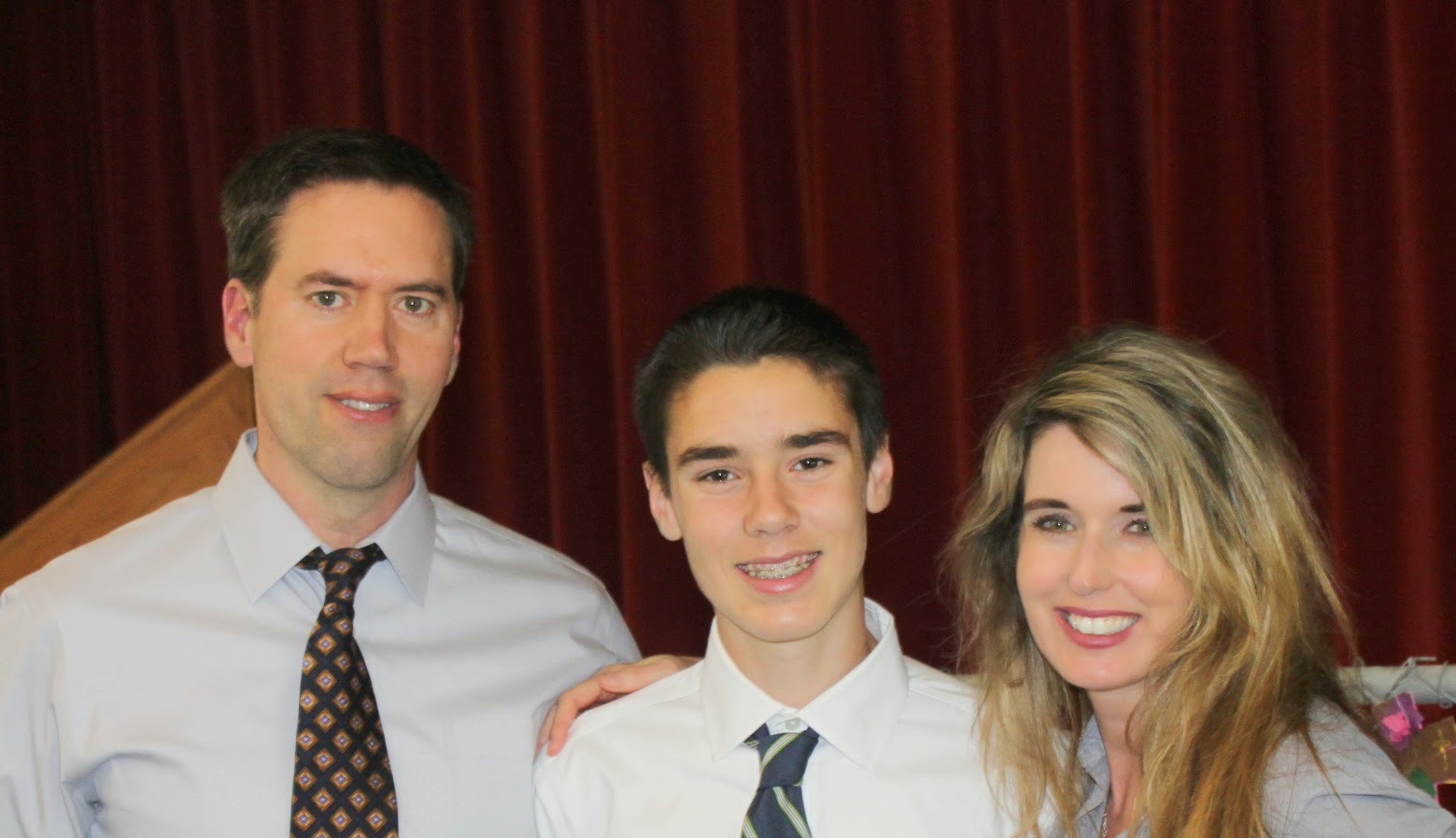 This is when we all went up as Stevie was getting confirmed. 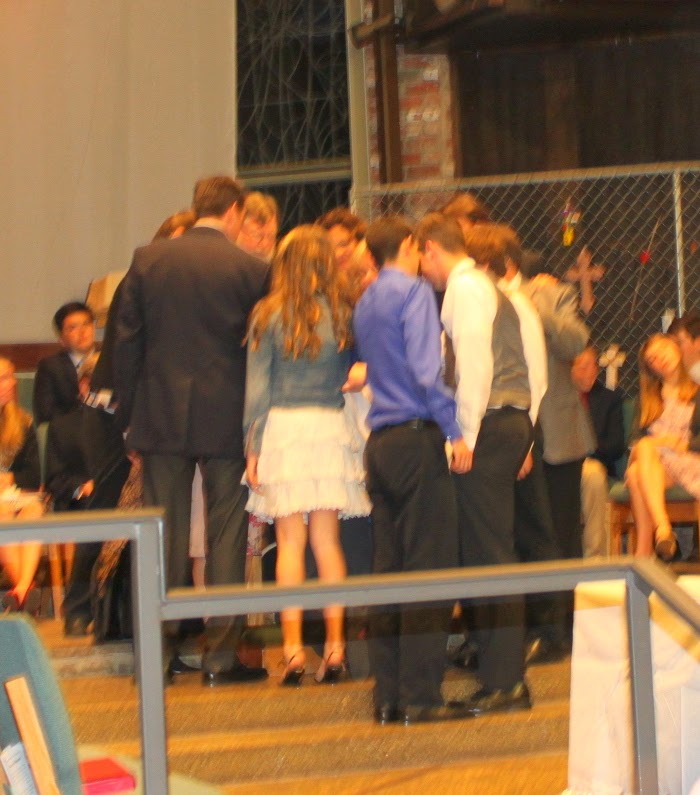 The last song was so awesome and upbeat.
Everyone was on their feet, singing, dancing, and clapping their hands. 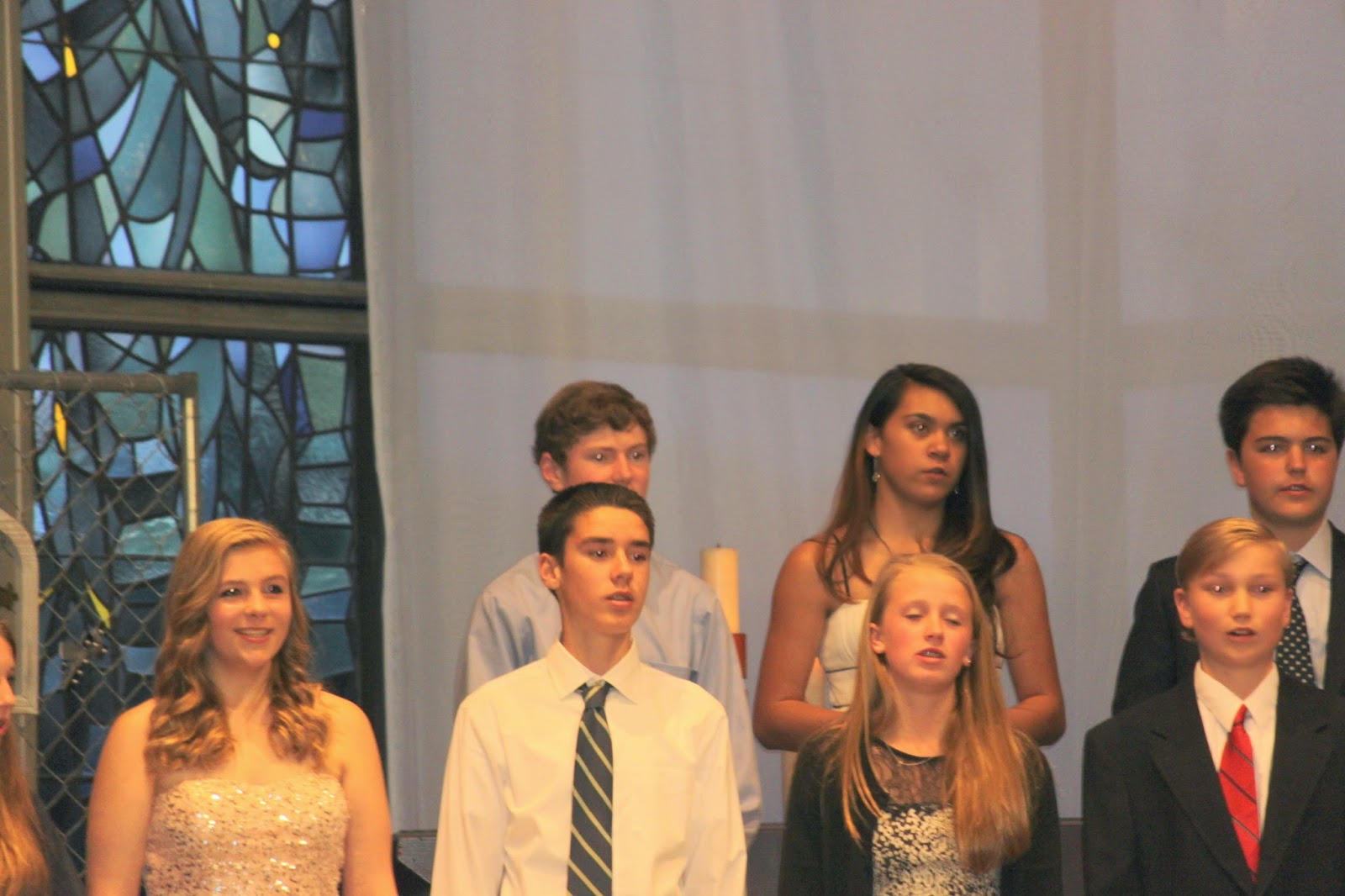 At the end of the service, everyone in the audience drapes ribbons around the confirmands with messages of HOPE.  It was pretty amazing. 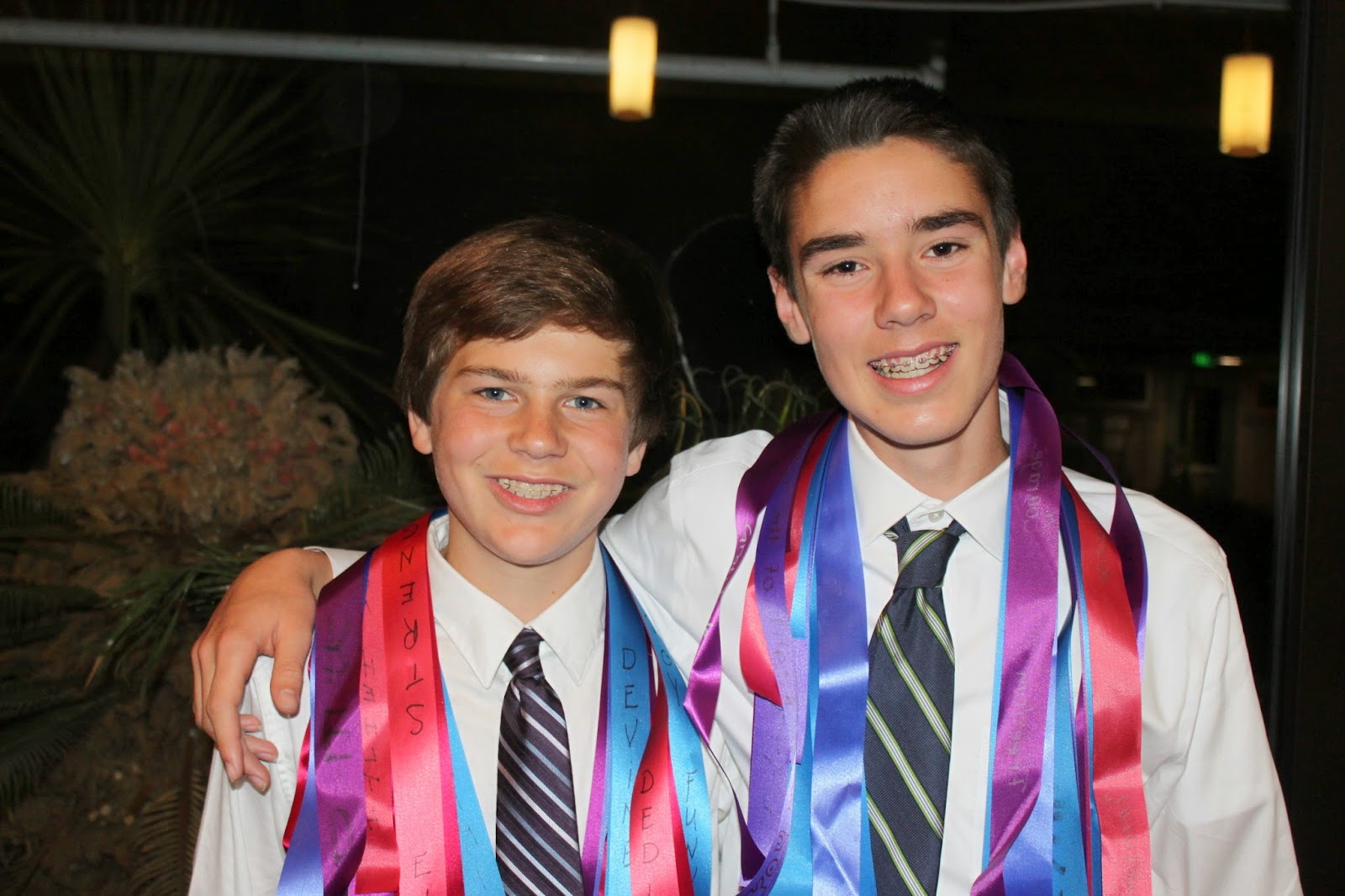 Stevie missed a lot of lacrosse during confirmation which was hard on him.  In the end, he accomplished something great as he grew spiritually and he was still able to excel at lacrosse. 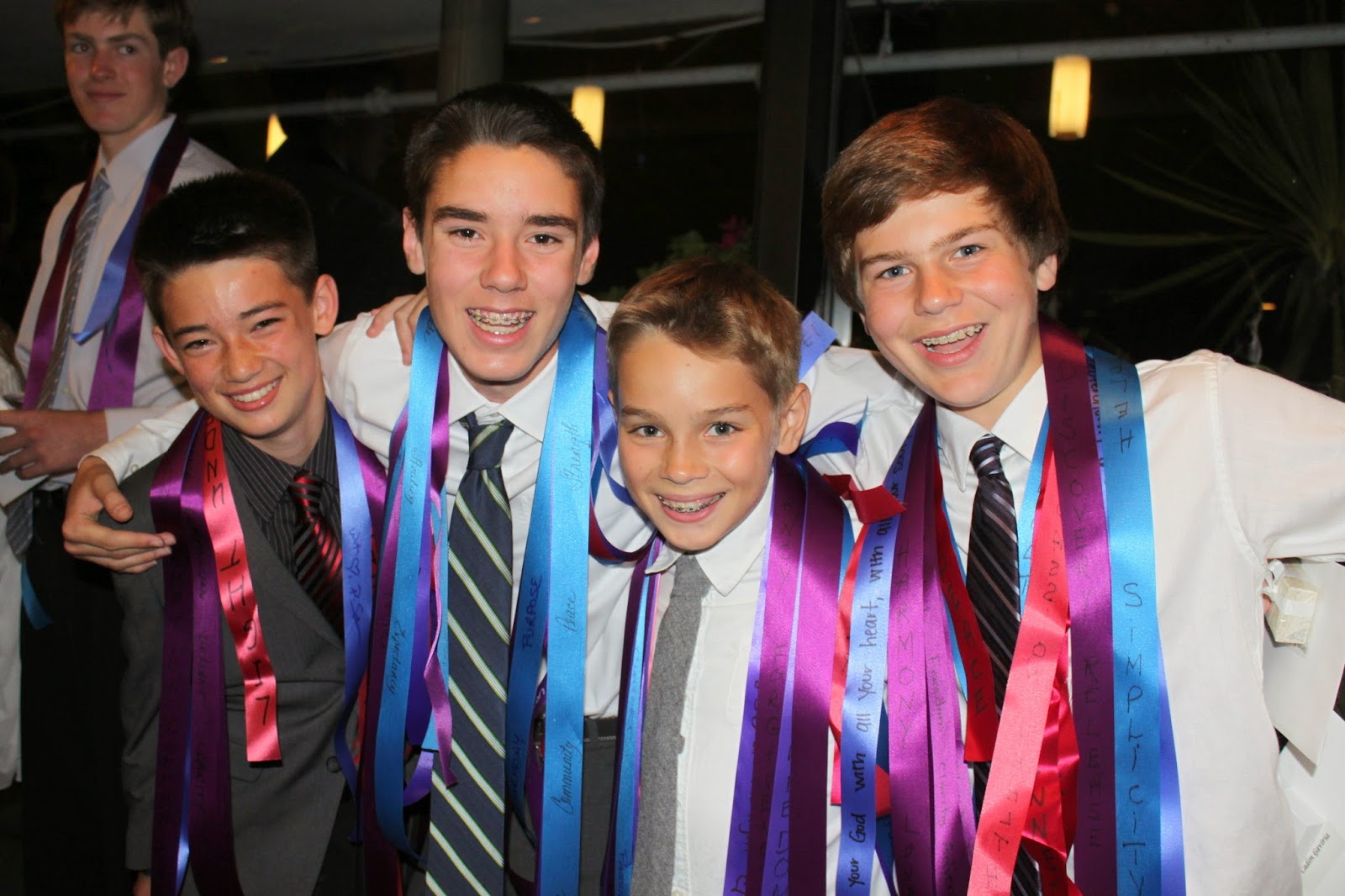 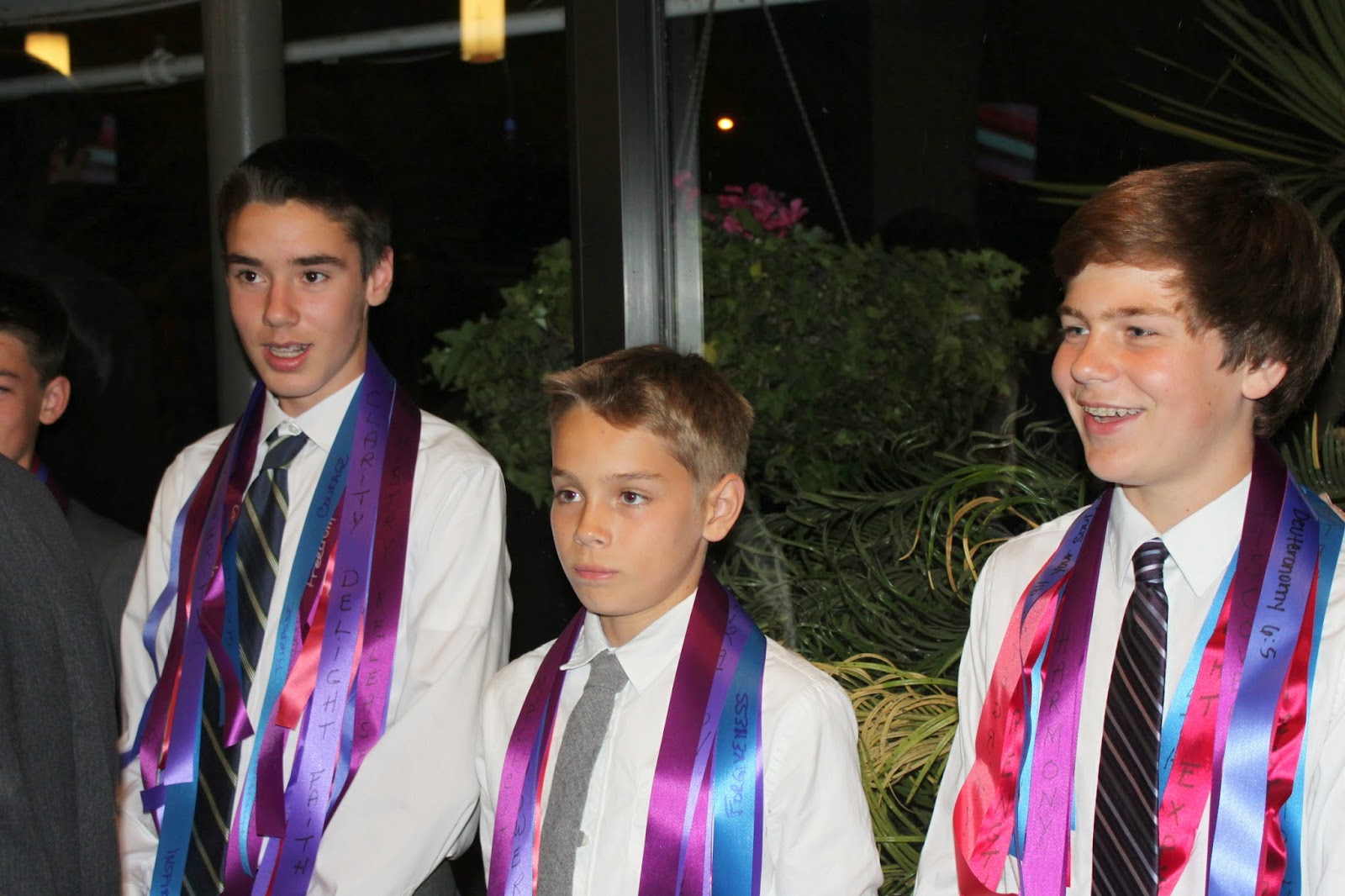