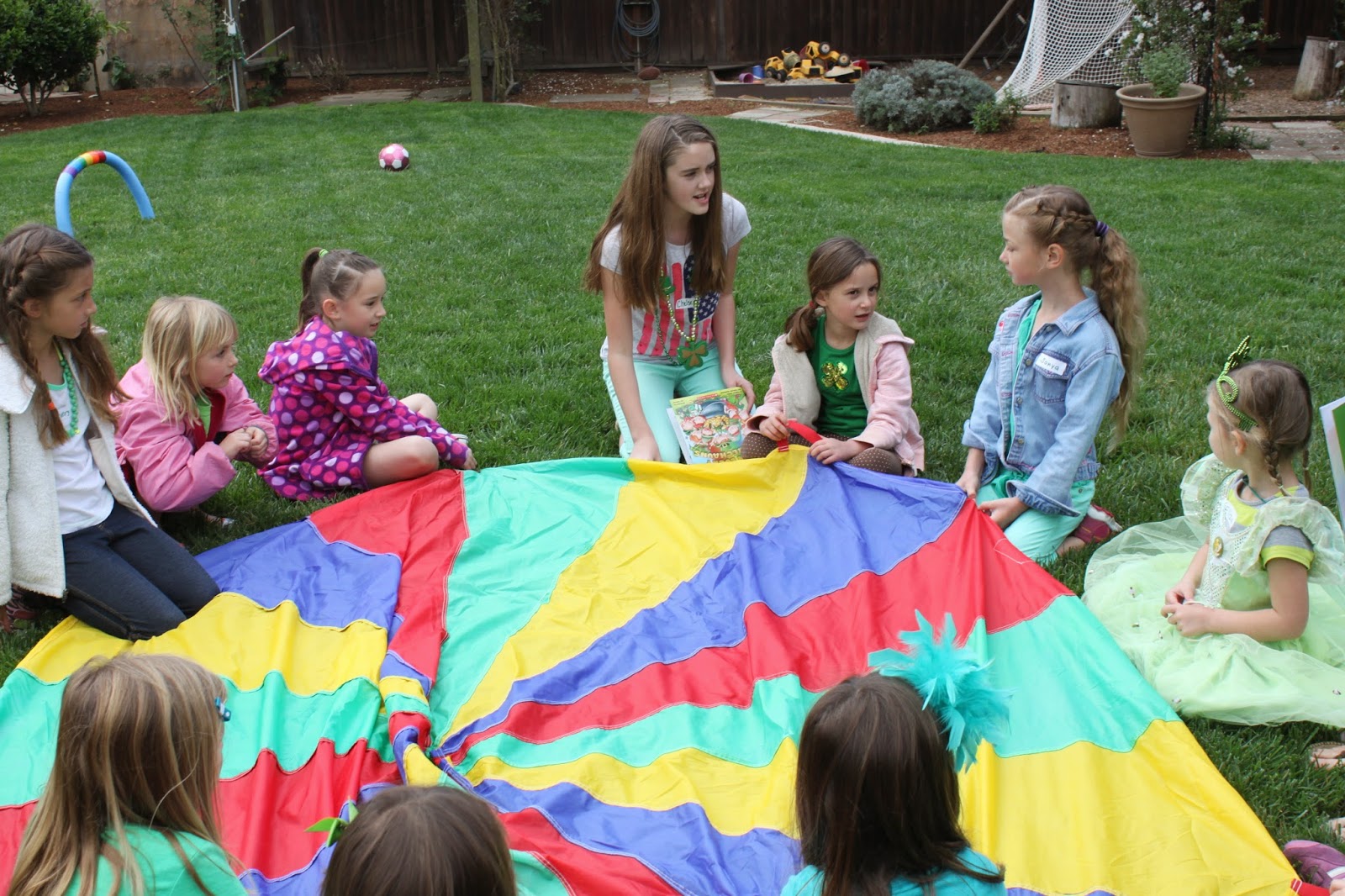 They played games together as all the cute  K-2 graders arrived.
They then read some cute Leprechaun stories. 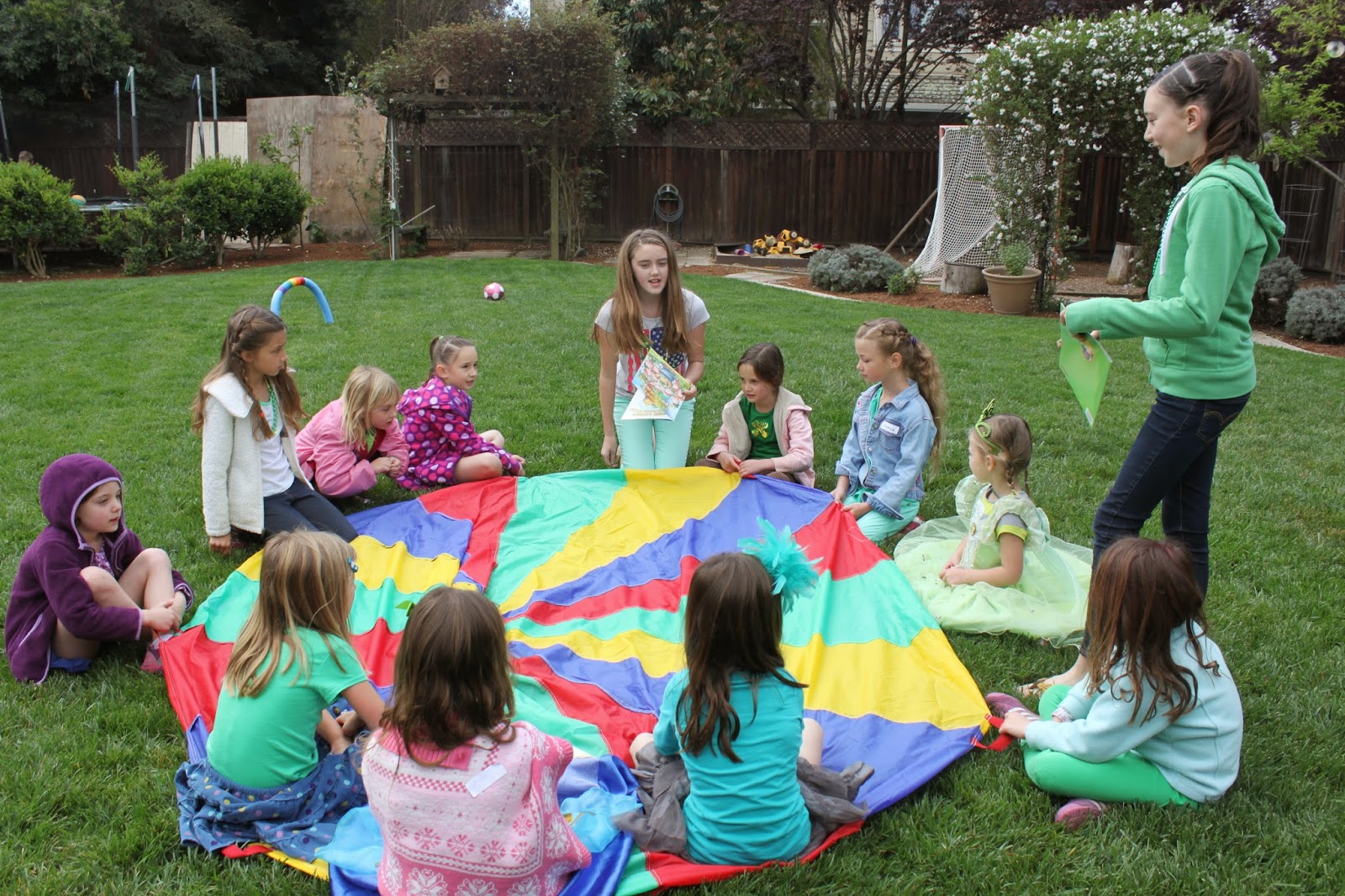 They then split in two groups.  With Chelsea taking one group and going on a treasure hunt and Logan starting on a craft. 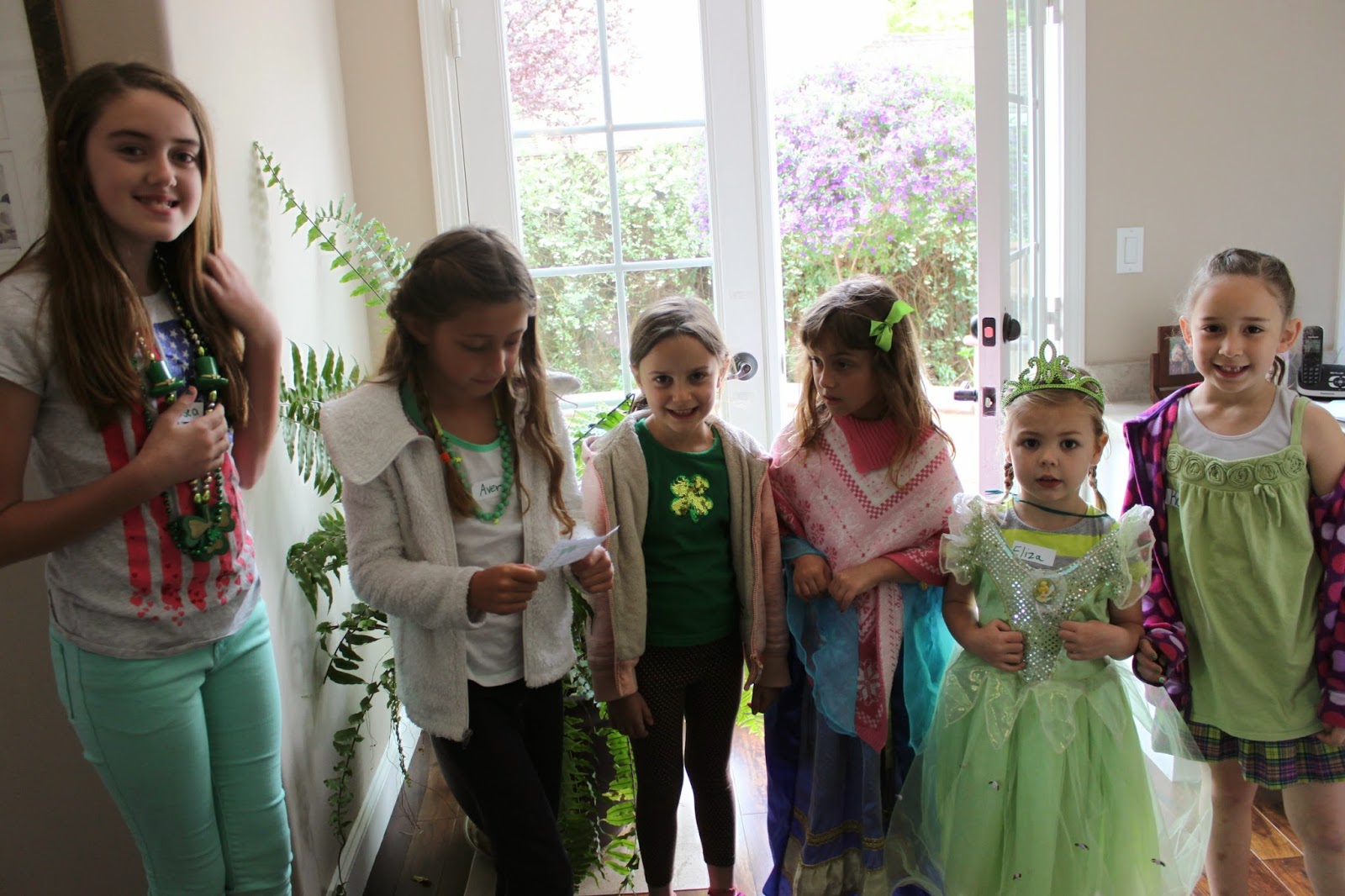 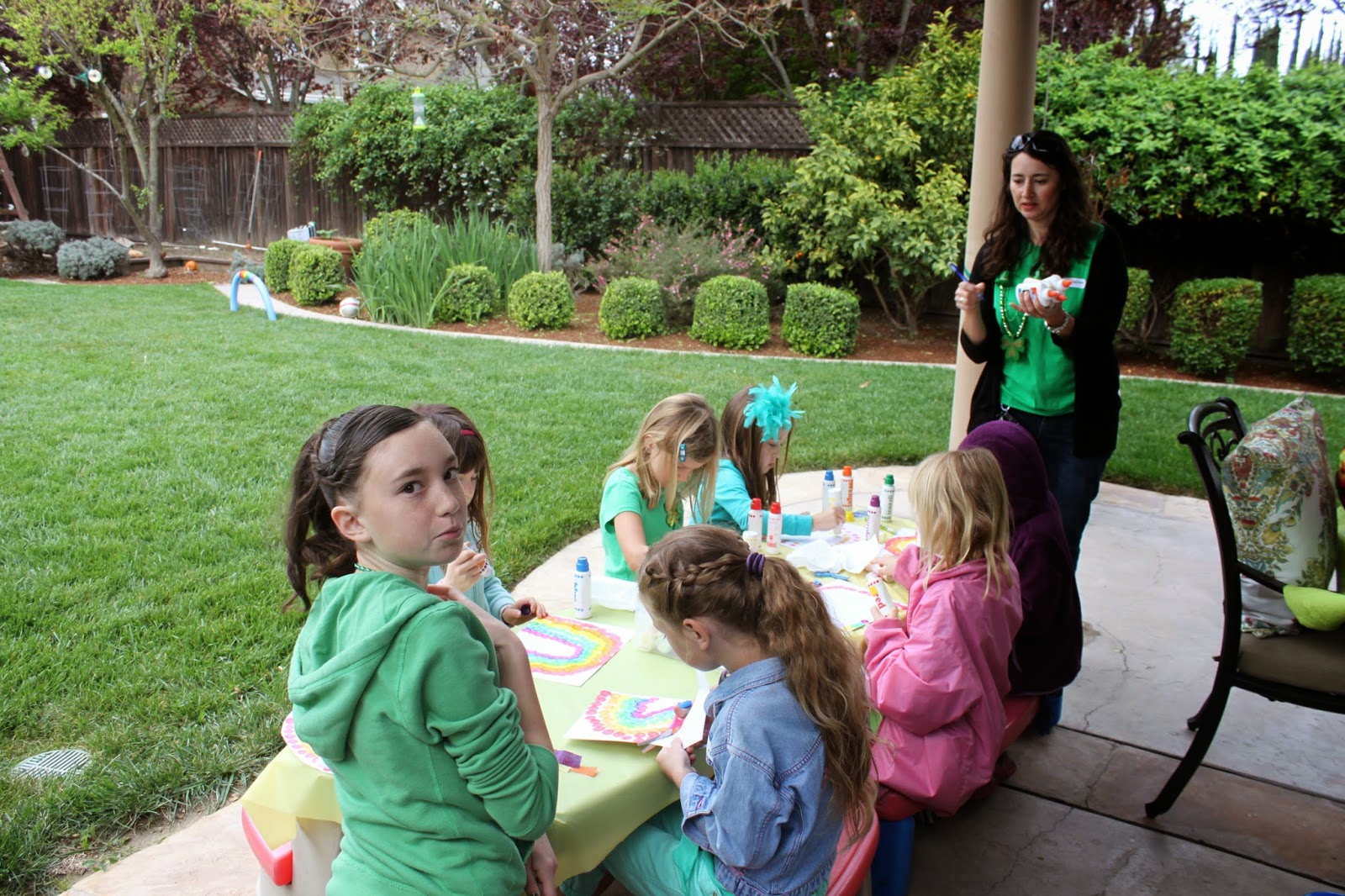 The girls made the cutest rainbow craft.  Thank you to Tracy!! 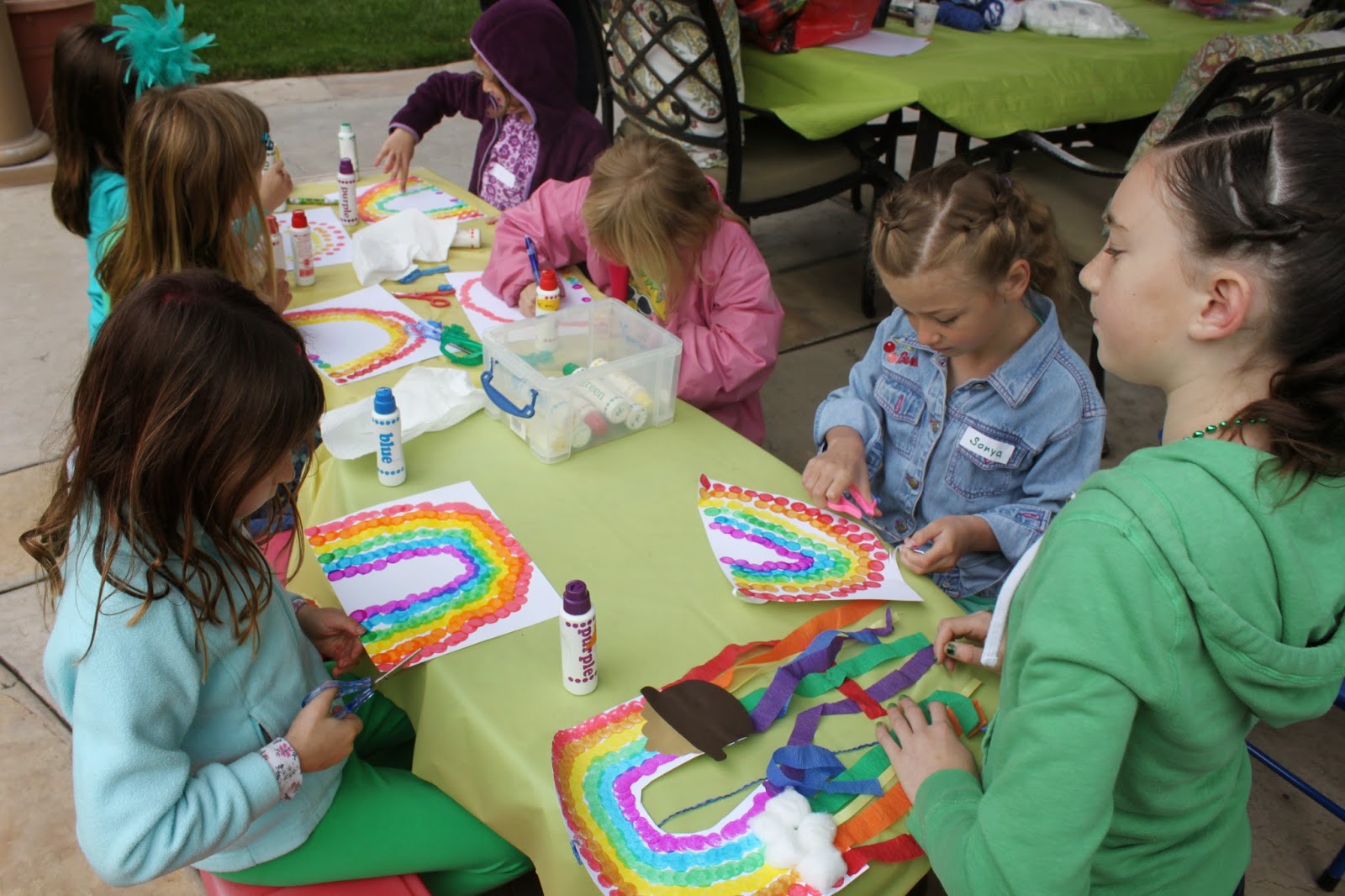 Now, Logan is taking her groups of girls on a treasure hunt to look for the Pot of Gold. 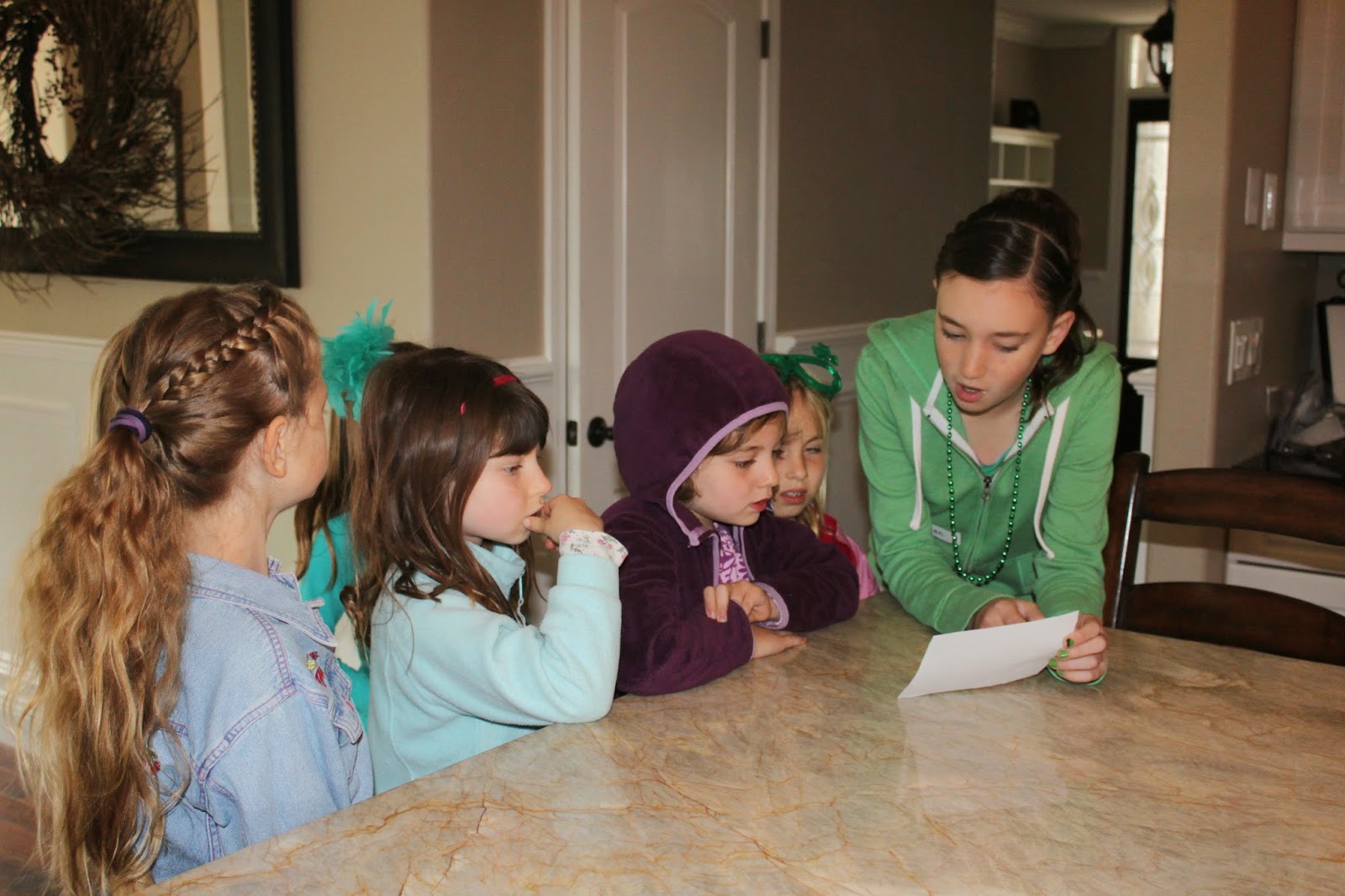 They followed these clues left by a Leprechaun which led them to the pot of gold. 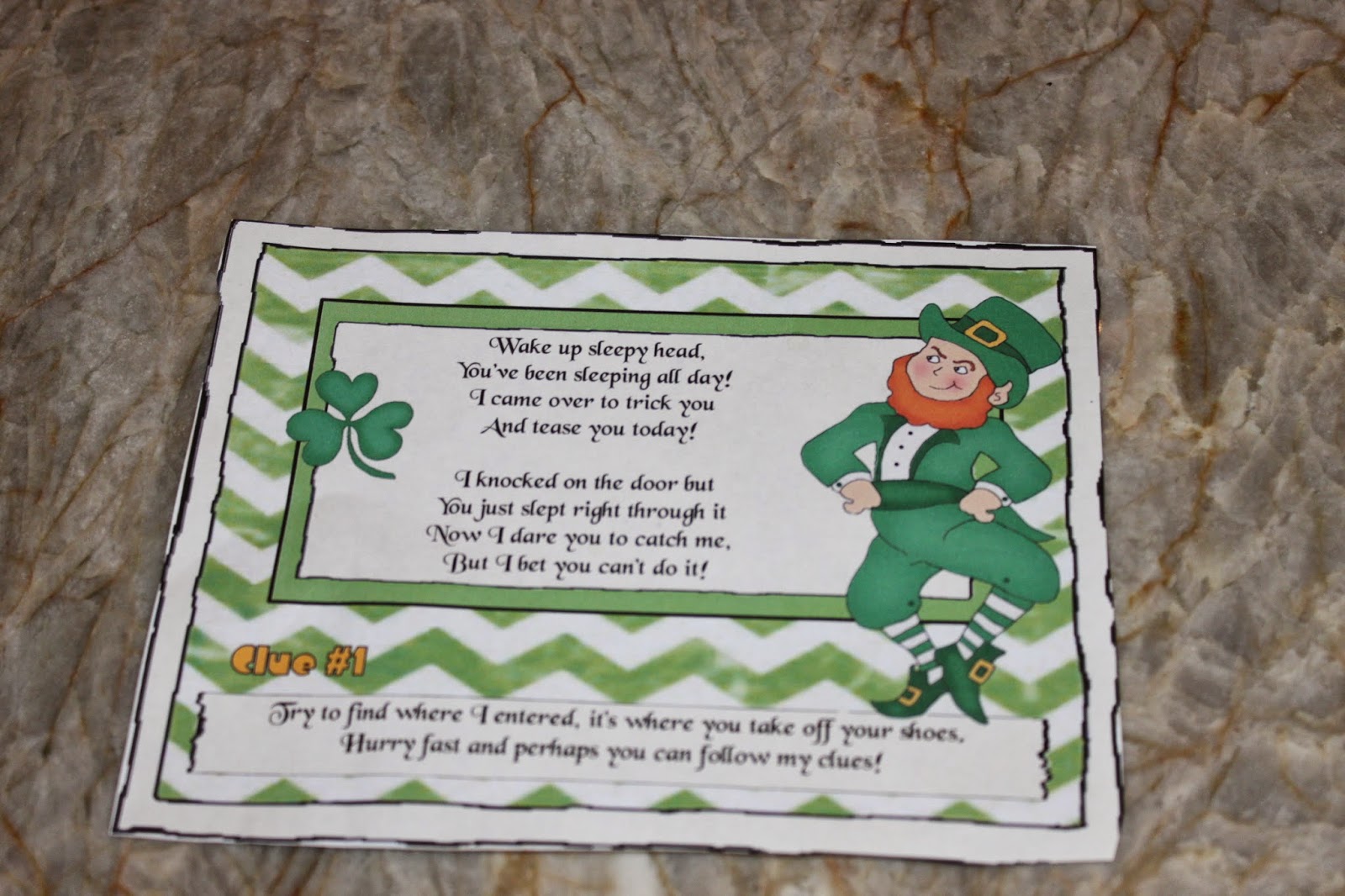 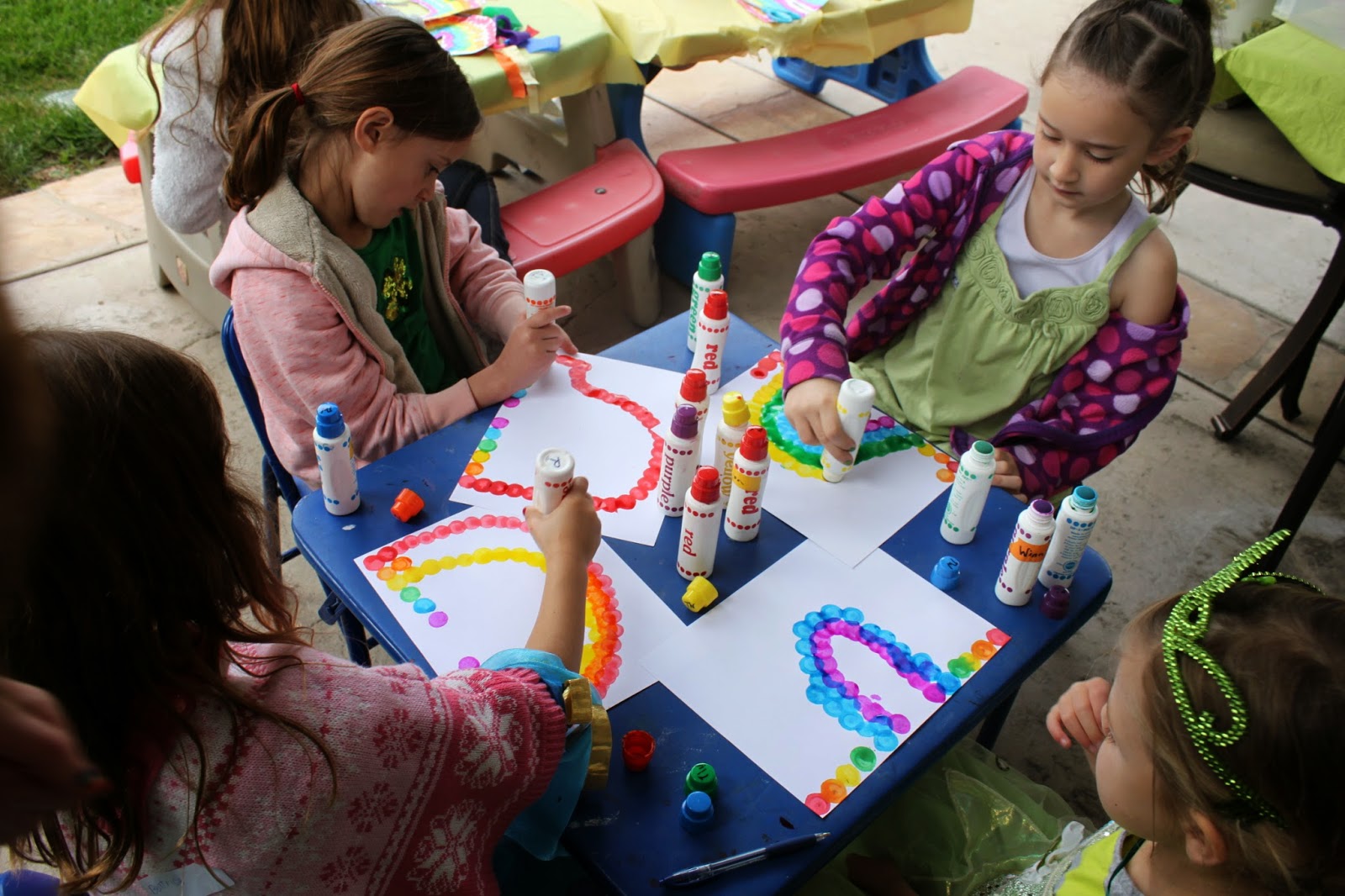 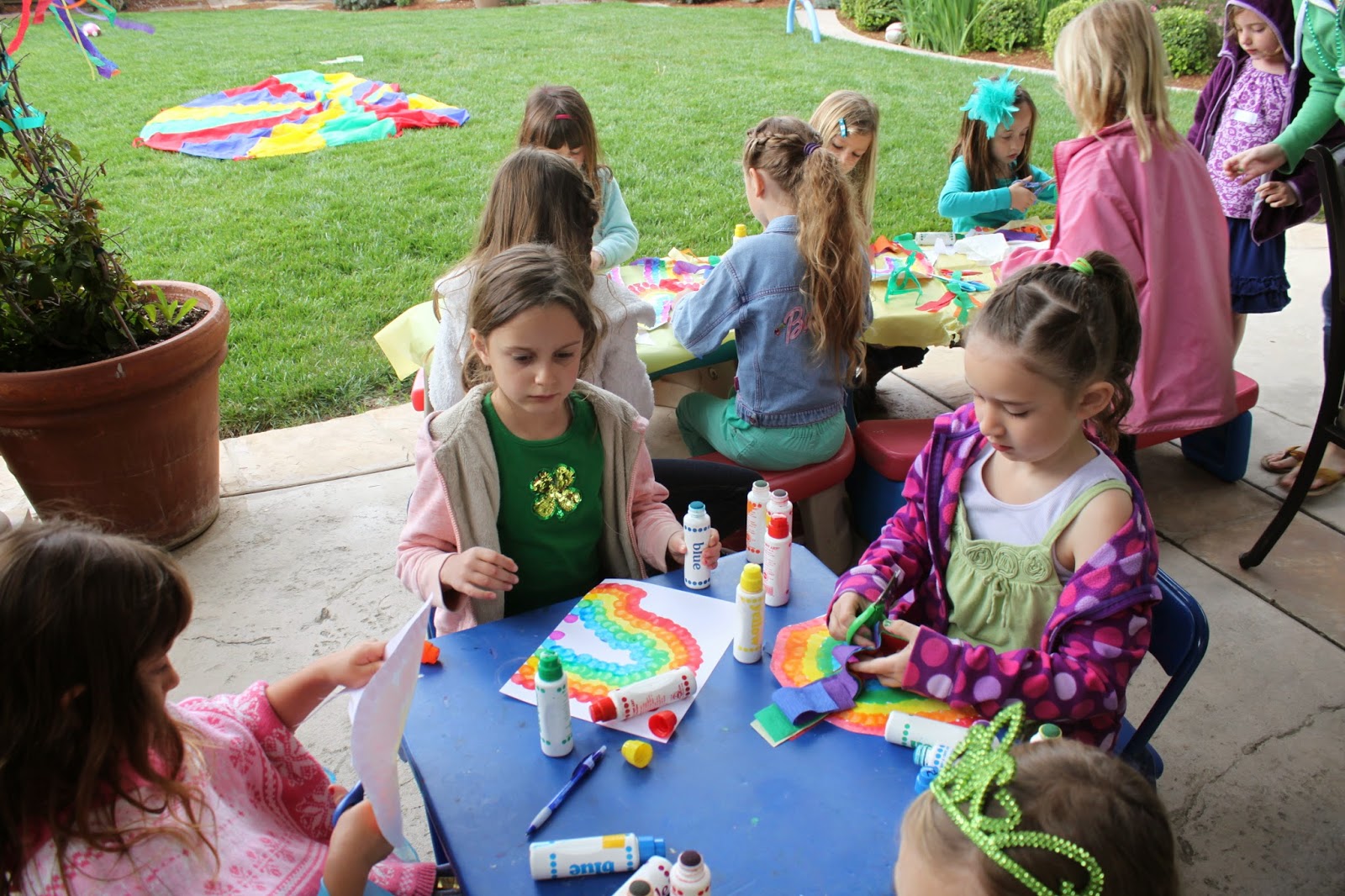 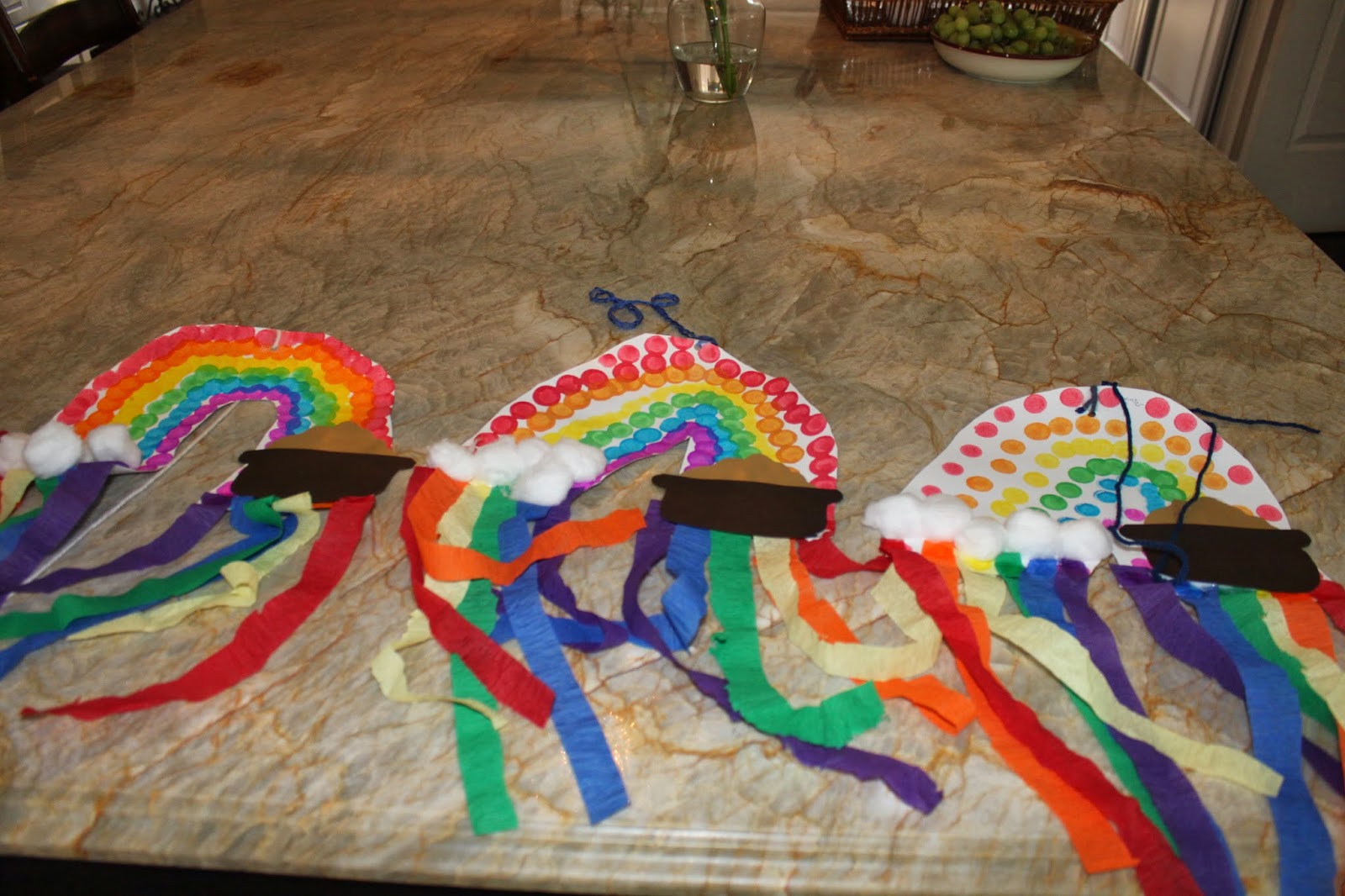 Since the party was on St. Patrick's Day, of course, Chelsea had to teach the girls some Irish Dance steps. 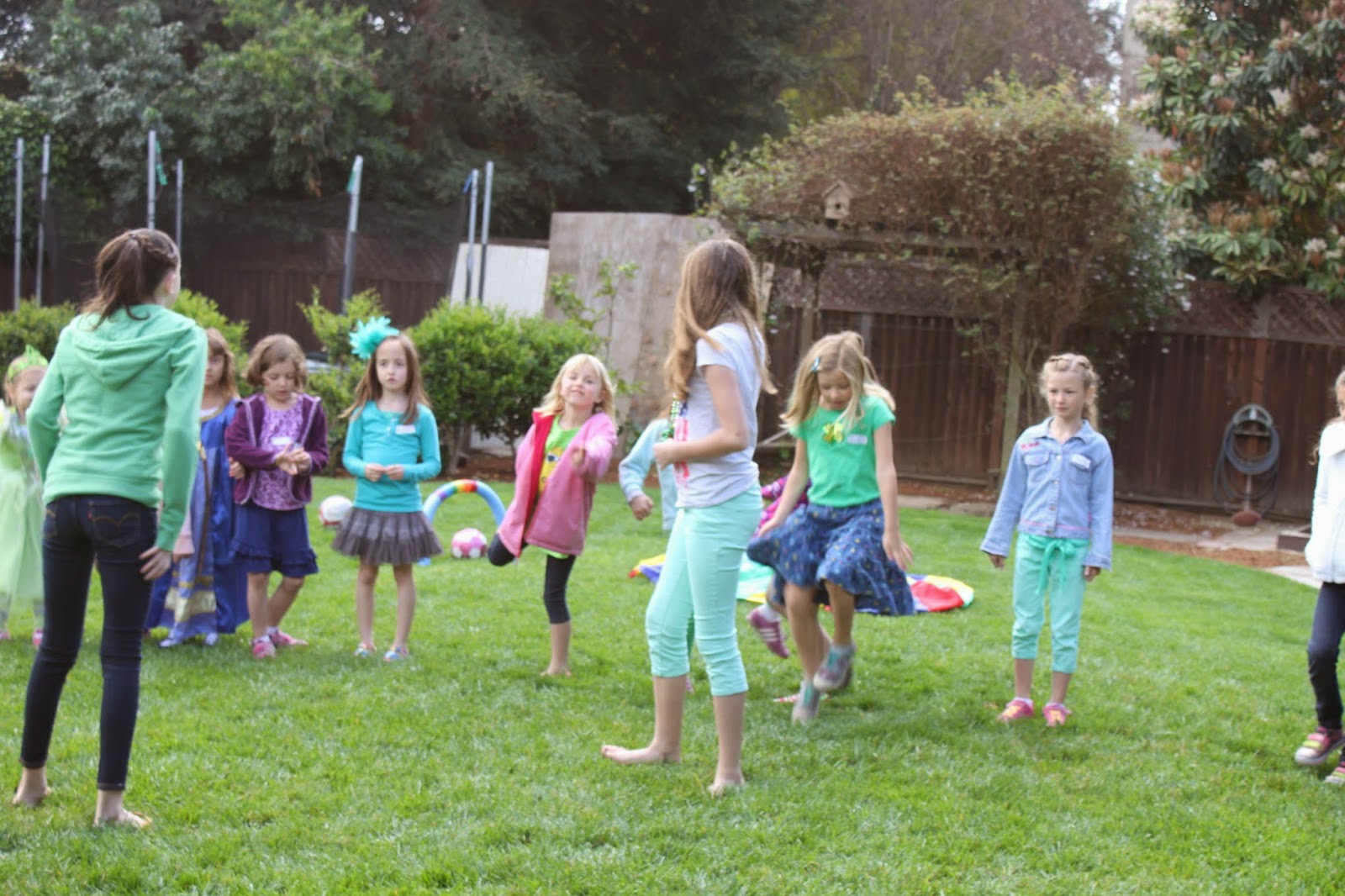 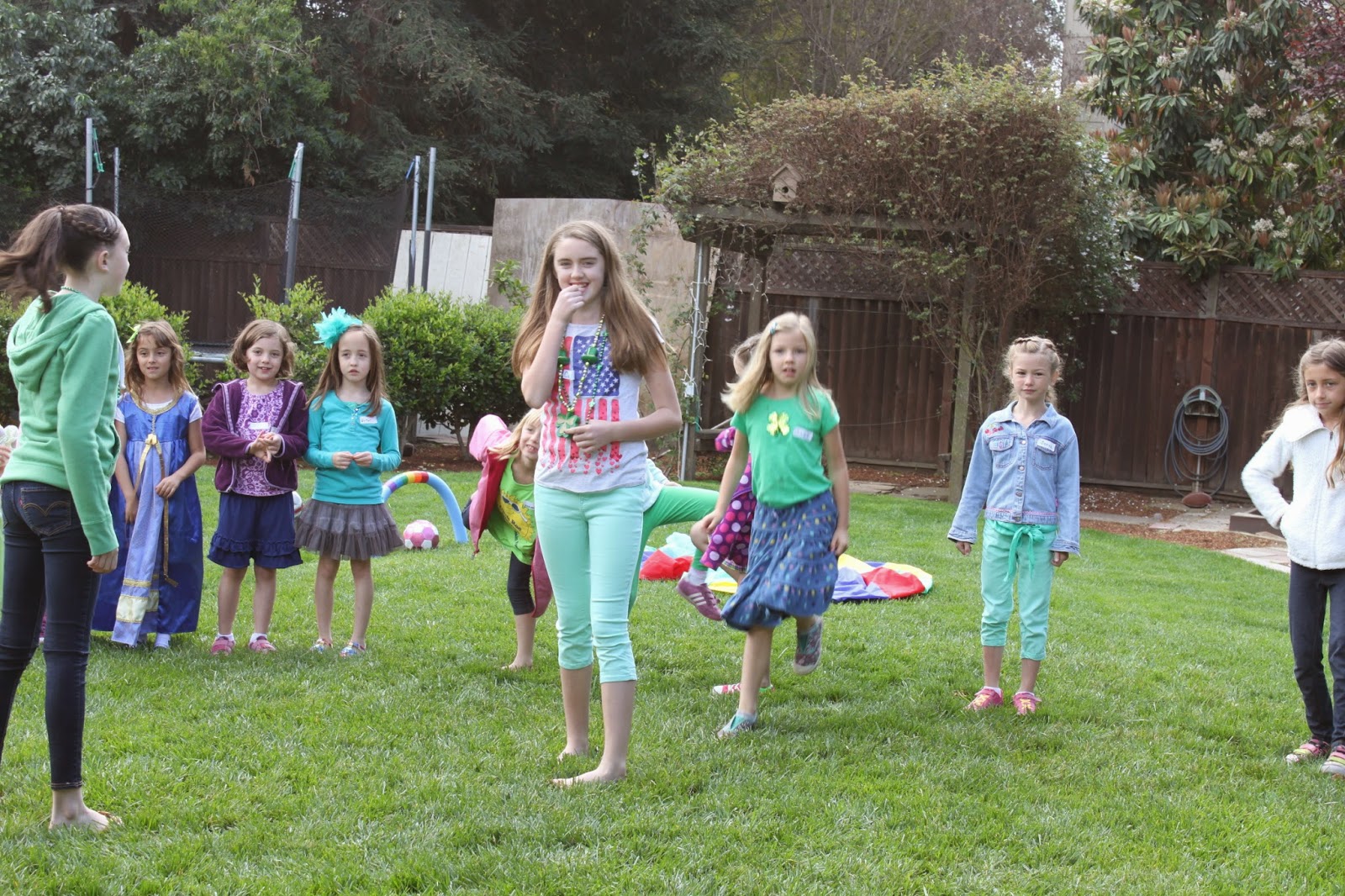 We then prepared a "Lucky" snack. 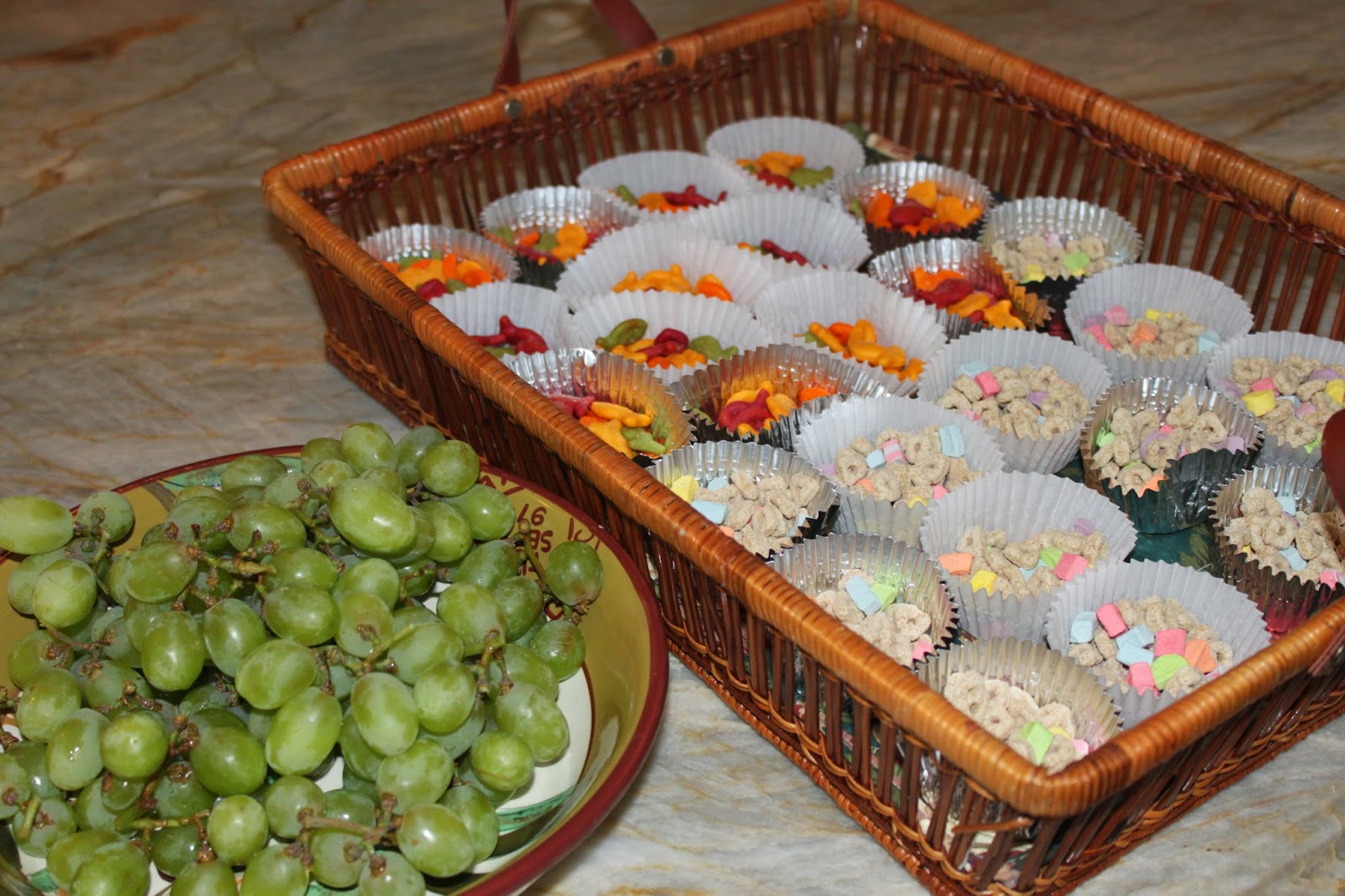 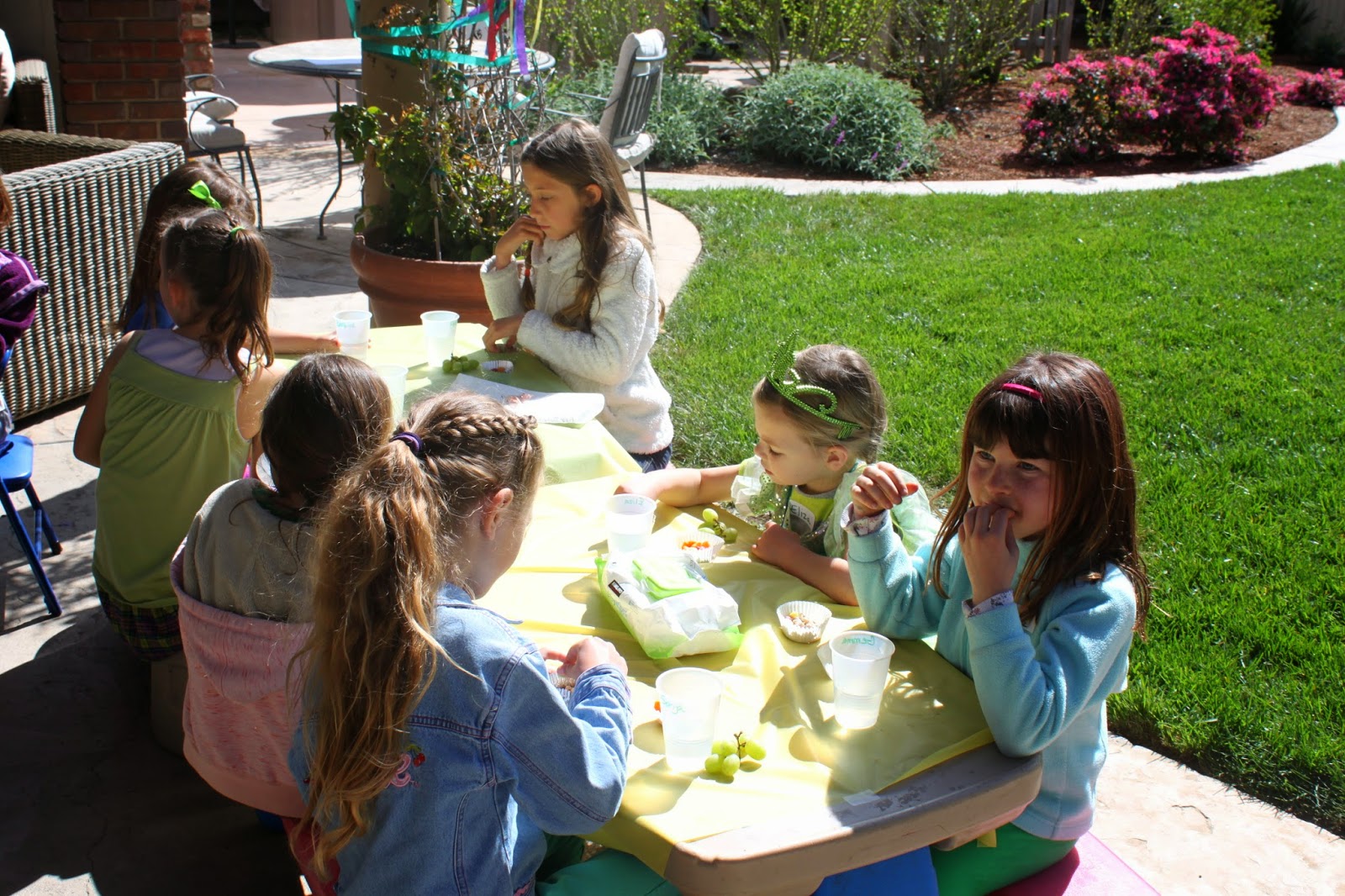 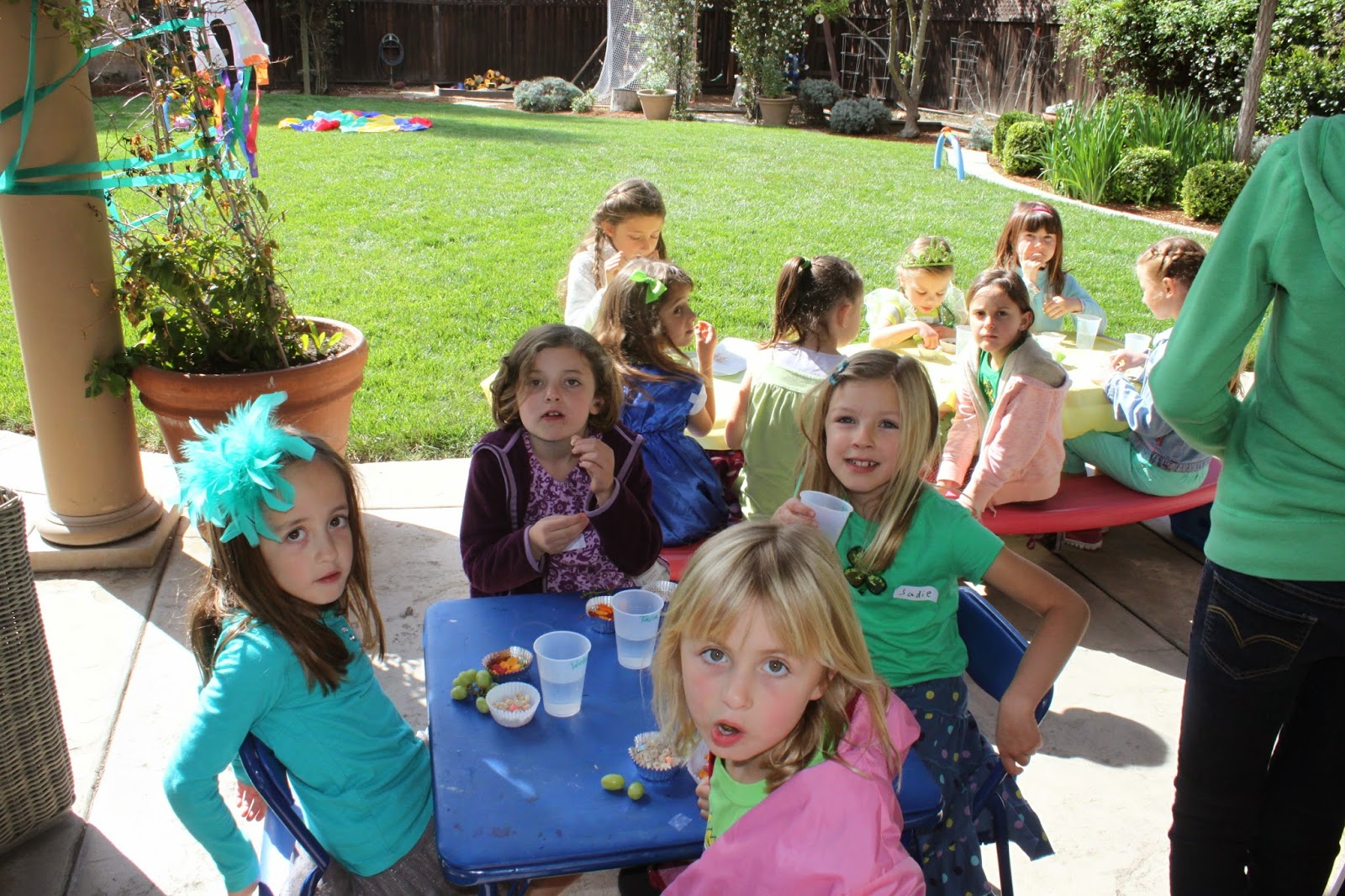