We surprised the kids and went to Disneyland Paris.  It was a mere 40 minute train ride which lets you off right at the gate of Disneyland.  The kids kept asking if we could go and we said, "We did not come to Paris to go to Disneyland." 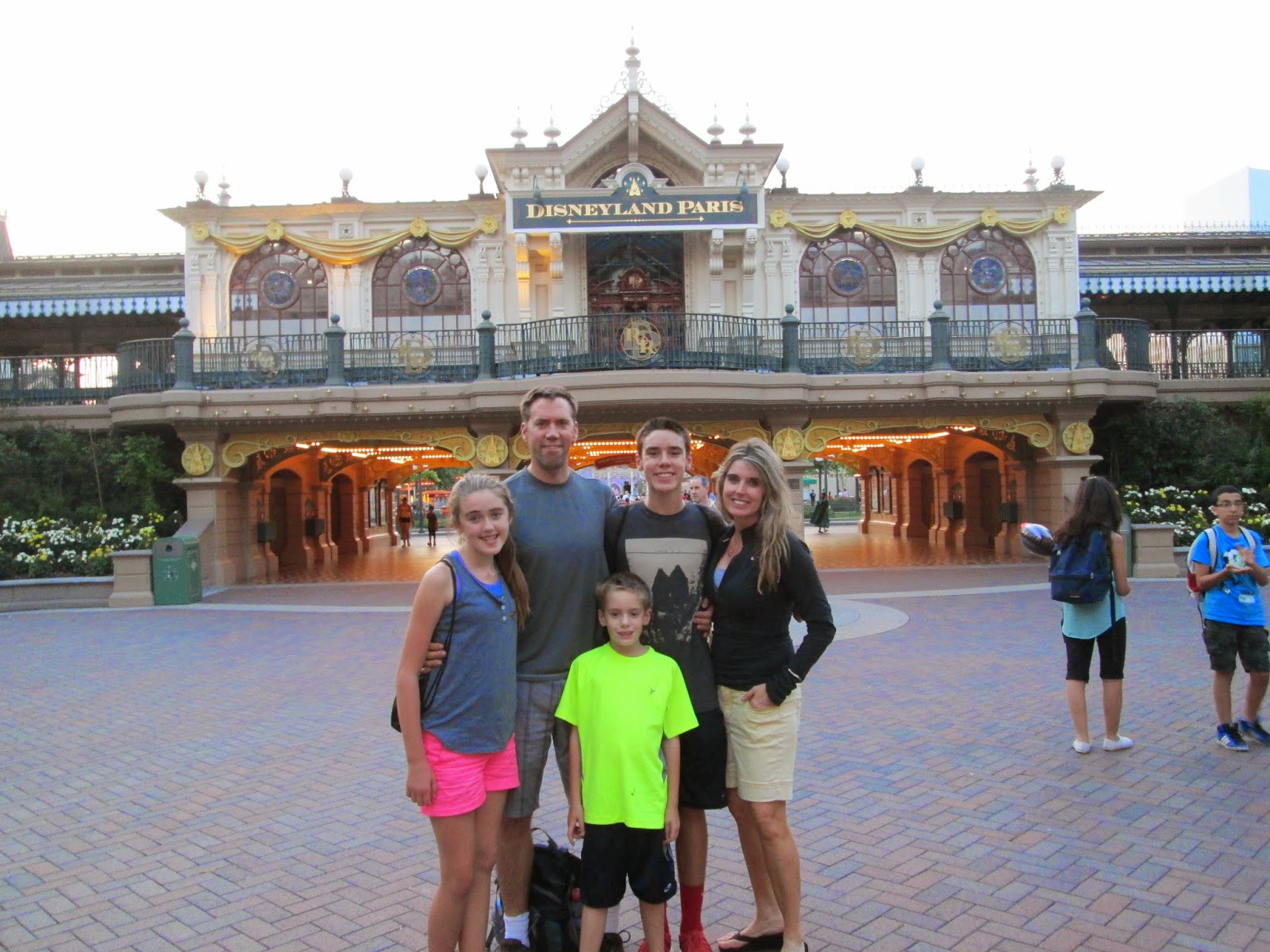 Steve and I decided that it does not get any easier than this to go to Disney.  Since we were in Europe for a month, visiting many different kingdoms, we decided to add the Magic Kingdom to our list. 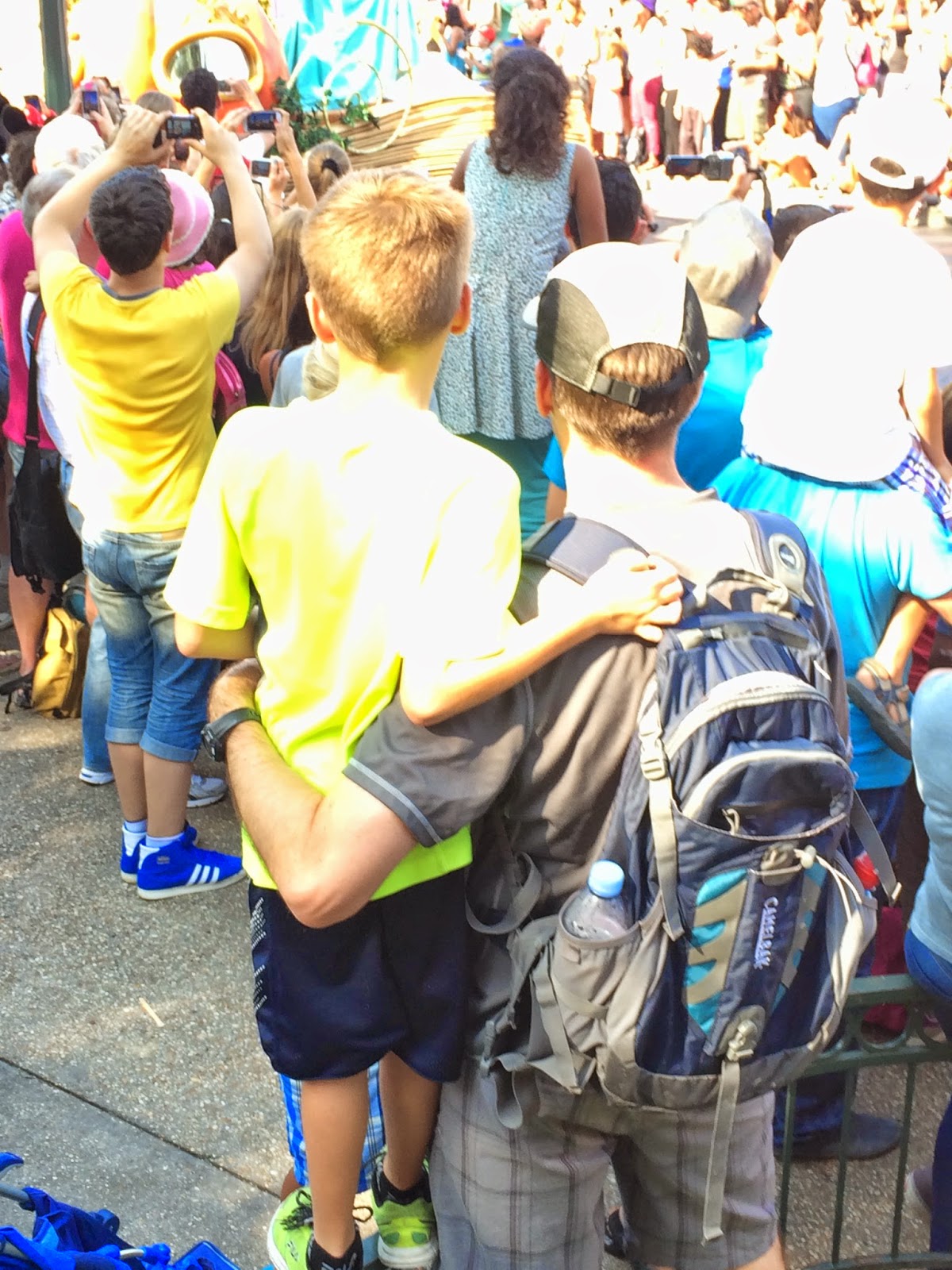 We enjoyed listening to all of the "keep your arms and legs in your car" speech in French. 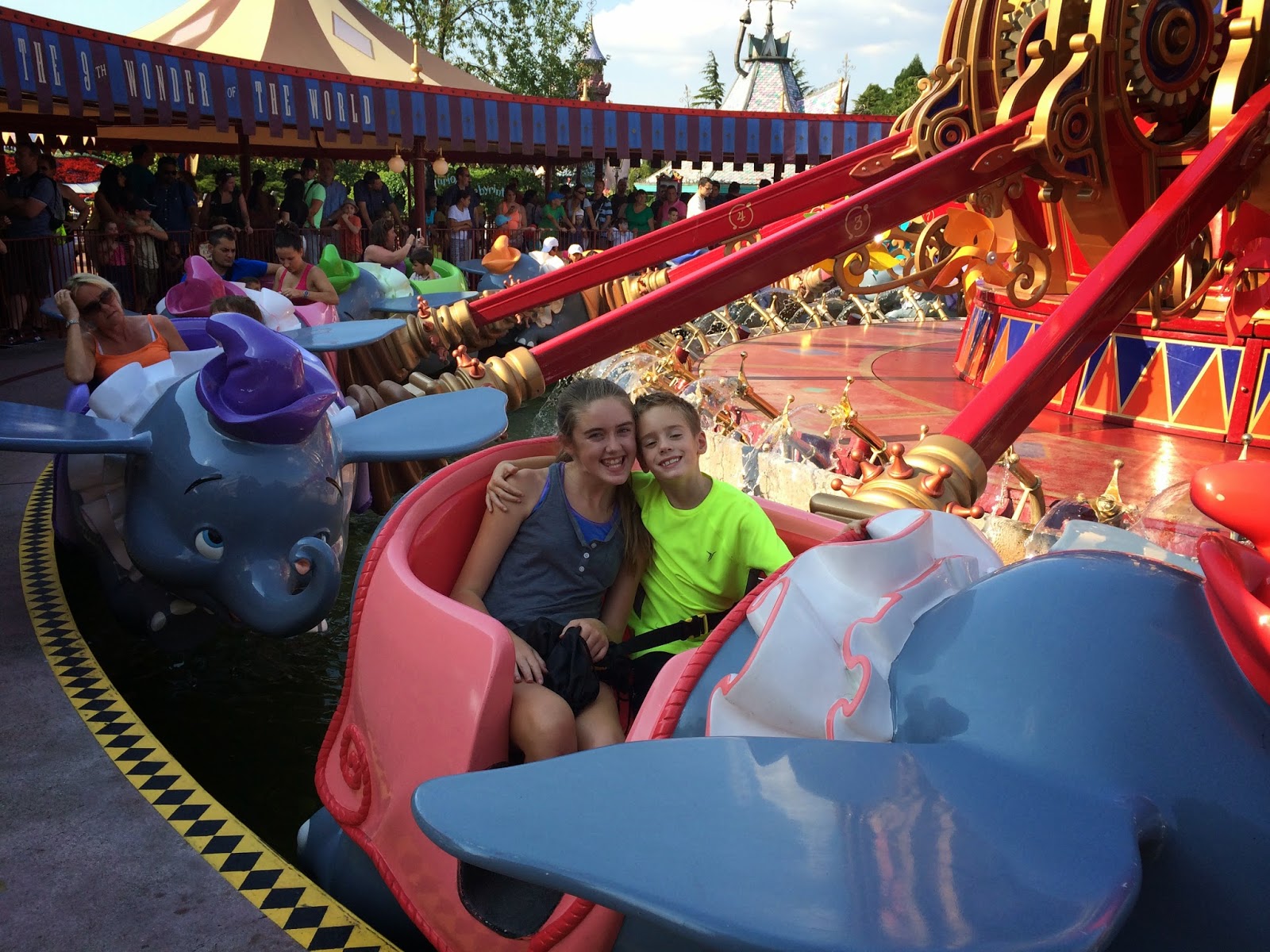 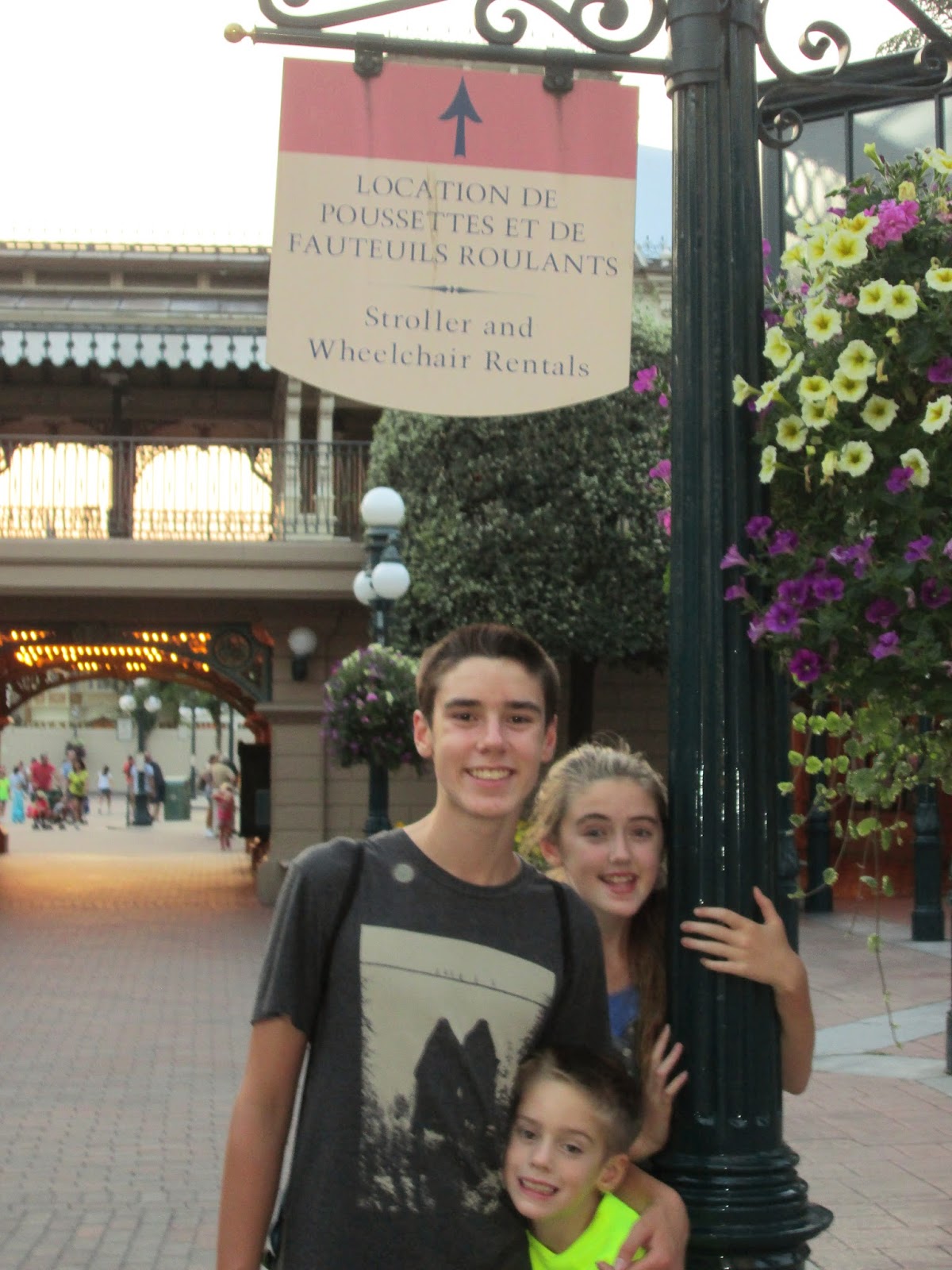 There were hardly any lines at Disney.  The new ride Ratatouille had just opened and it had an 1 1/2 hour line.  Other than that, only a couple of rides had 20 minute lines and the rest were less than 10. 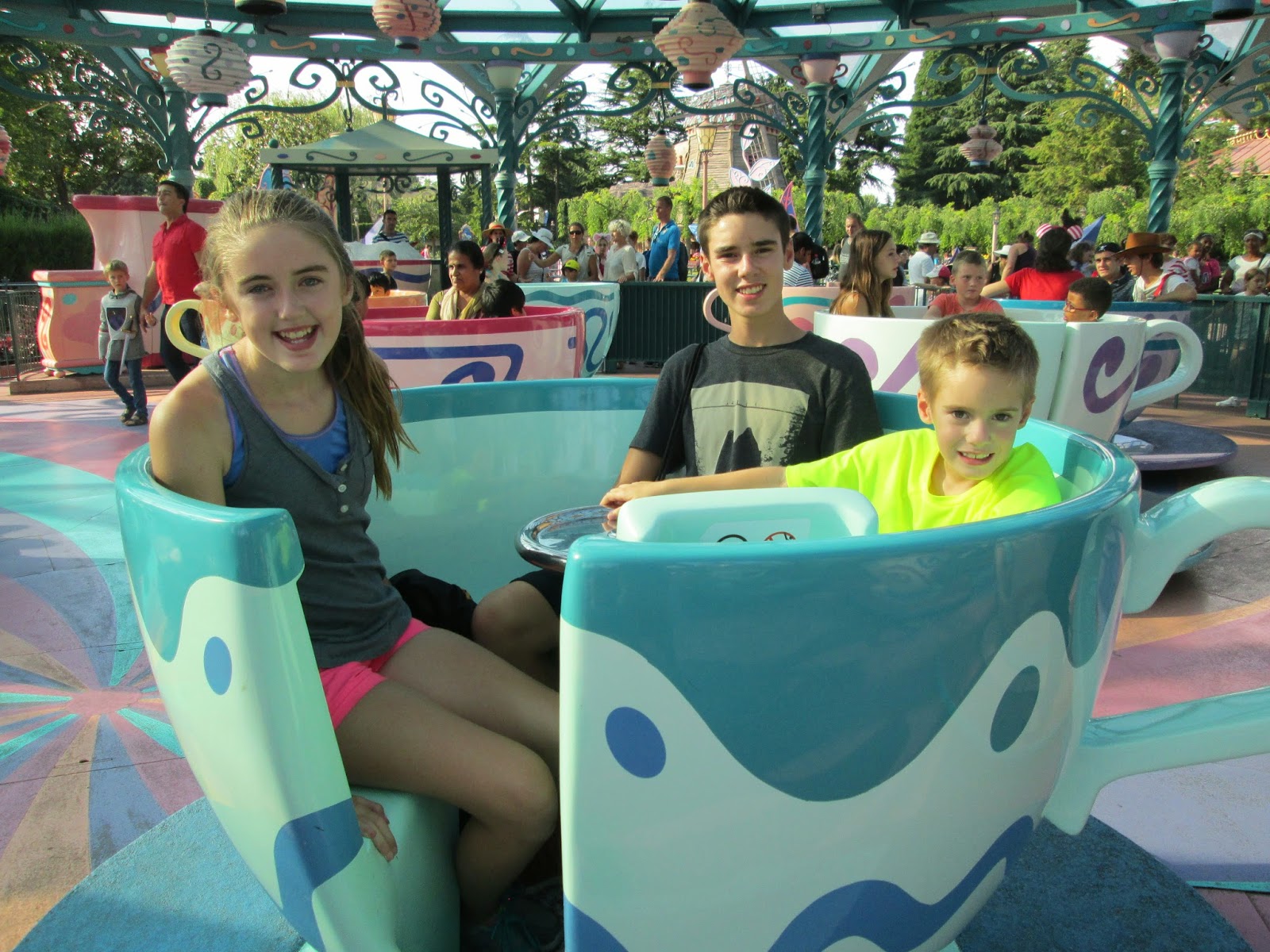 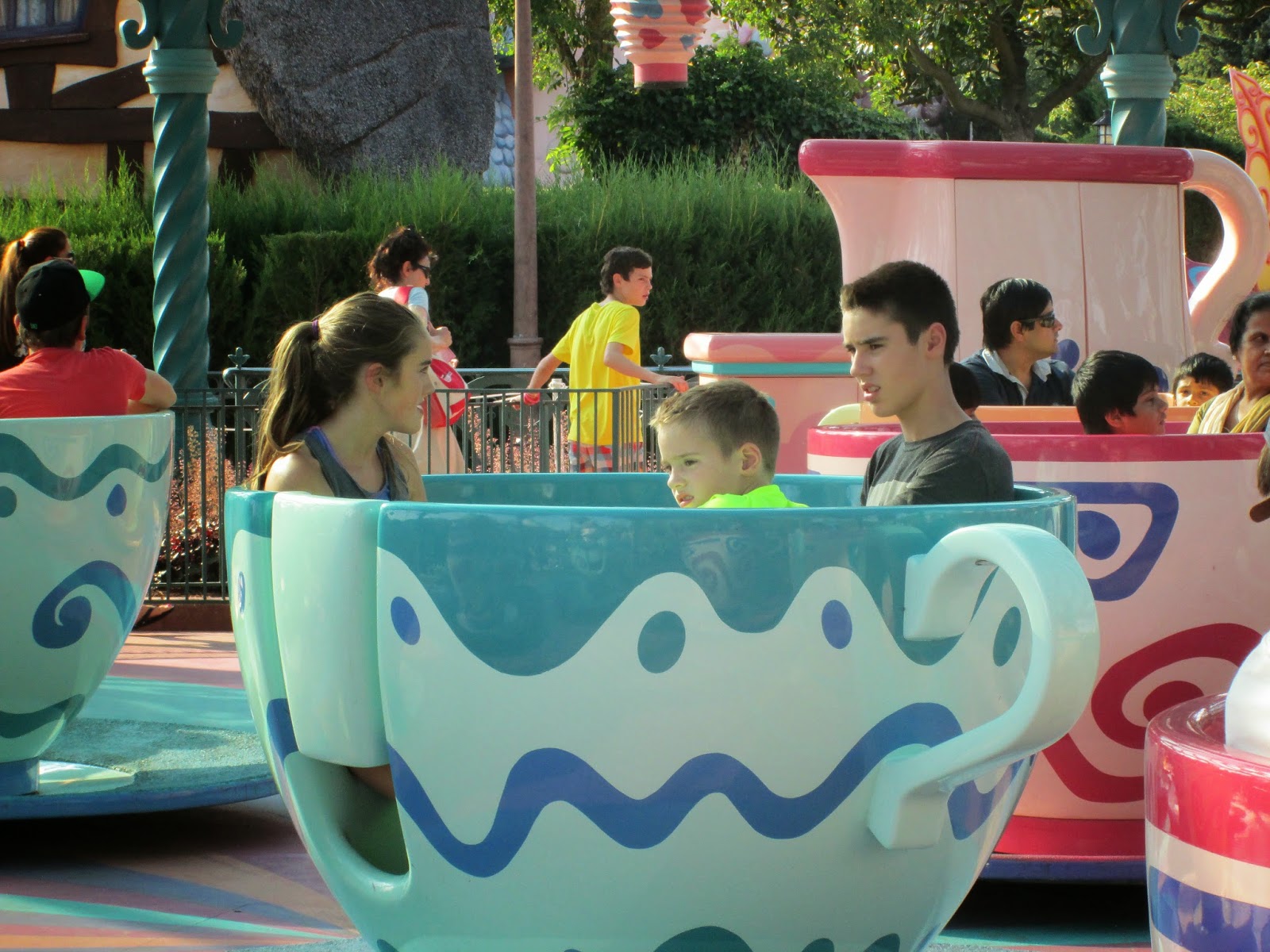 Chelsea needing to rest her feet after walking so much.  I would have thought the kids would be use to so much walking after spending weeks walking 5-8 miles a day. 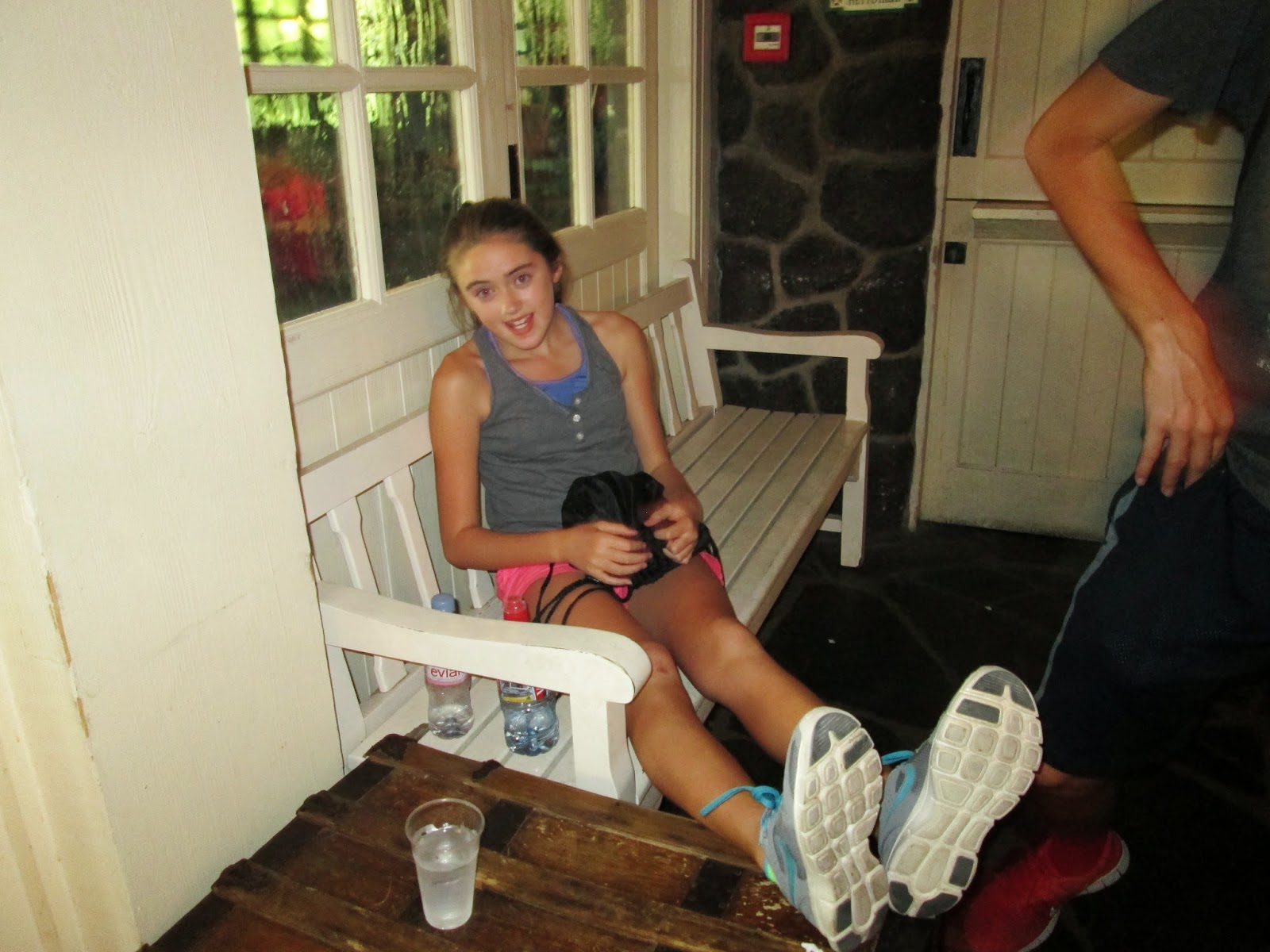 Love the subtle differences of Disney Paris and Disney California.  So glad that we took the opportunity to go to Disney Paris.  Such a fun day to spend together and so much easier than having to drive through L.A. traffic. 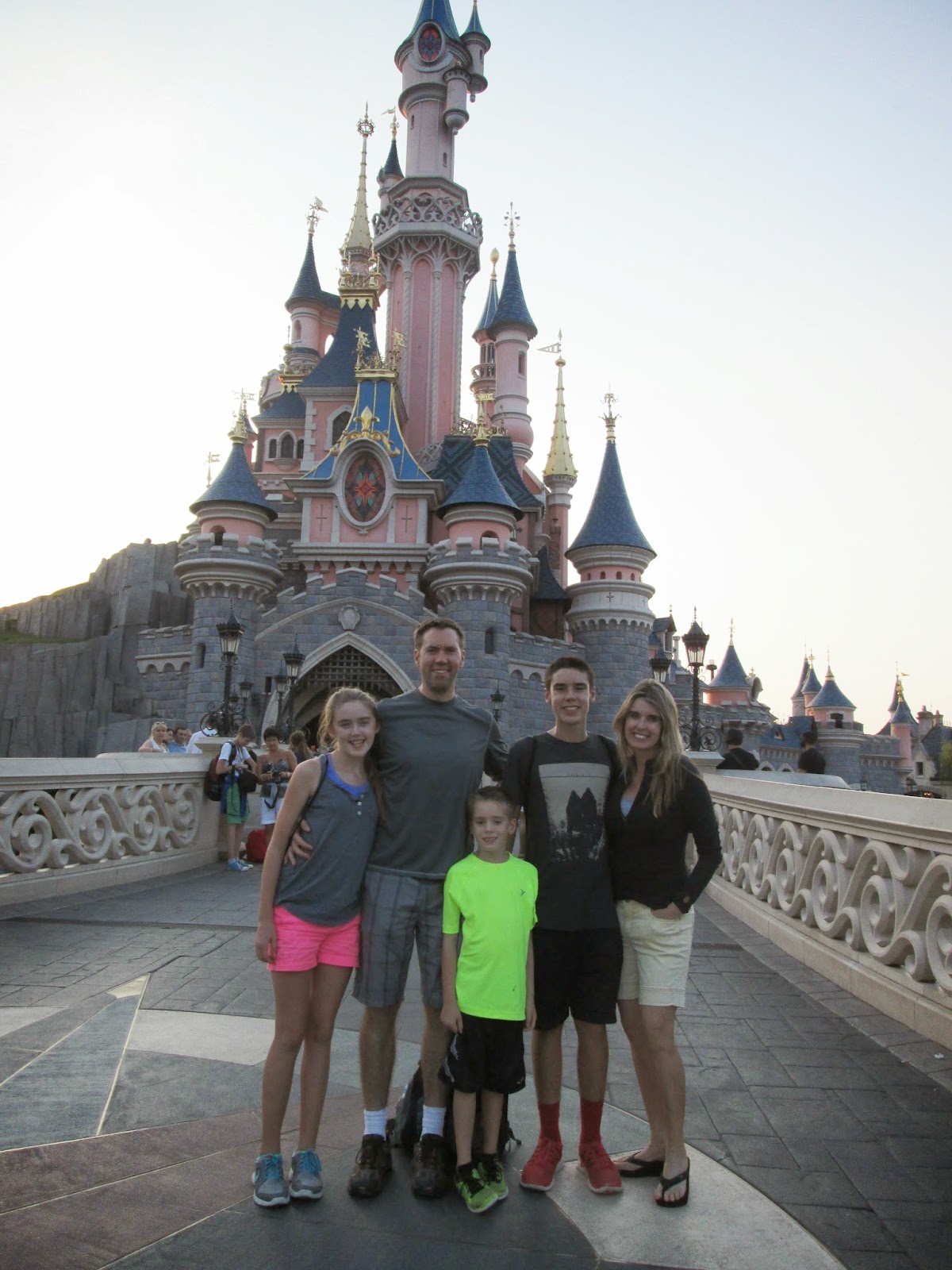 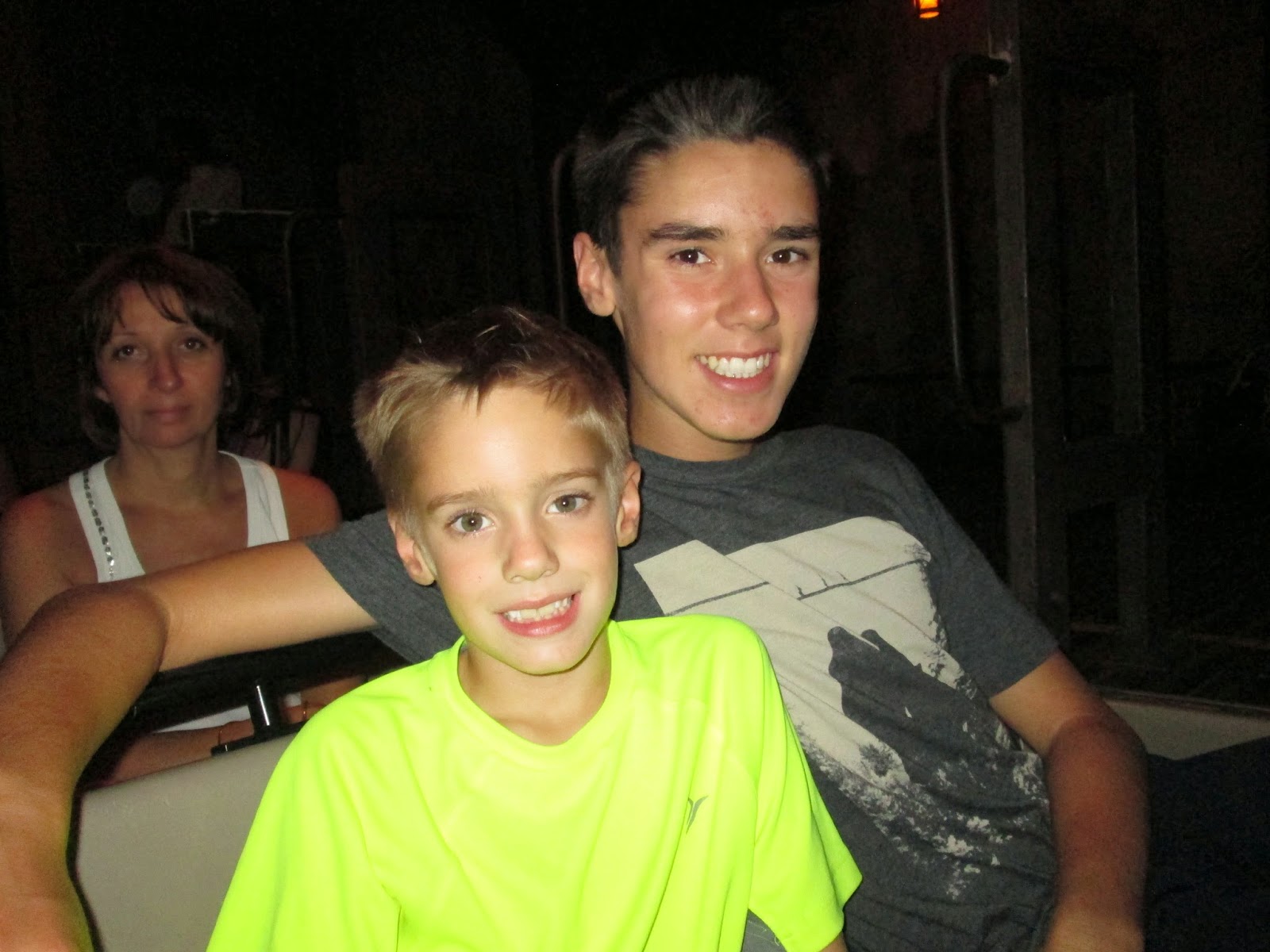 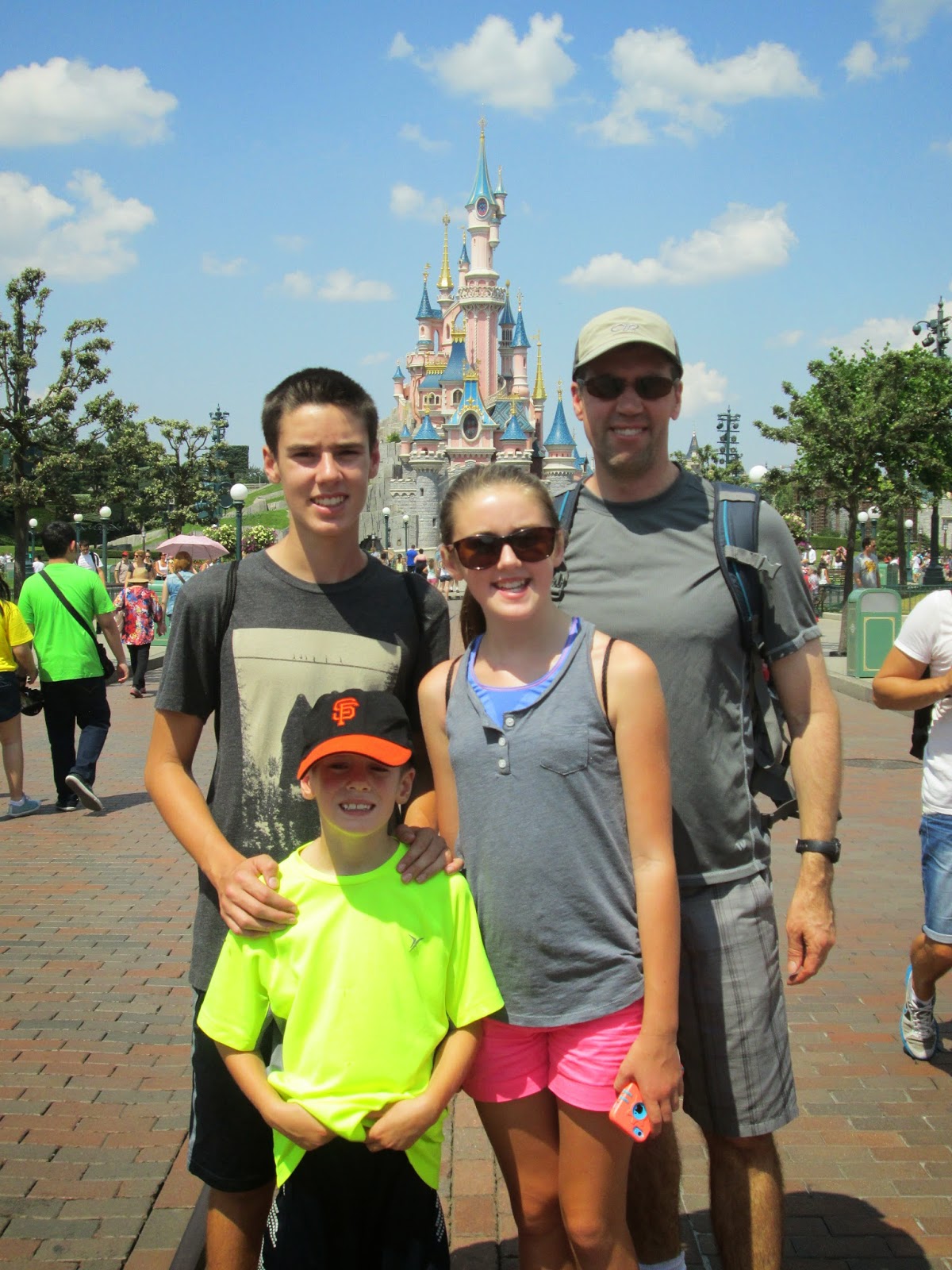