We were so touched by visiting Normandy, we wanted a personal connection to WWII heroes and decided to make the 4 hour drive to the France and Germany border to visit Lorraine, the largest American National Cemetery outside the U.S.  My great uncle died in the war.  He was a 2nd Lieutenant in the U.S. Army. 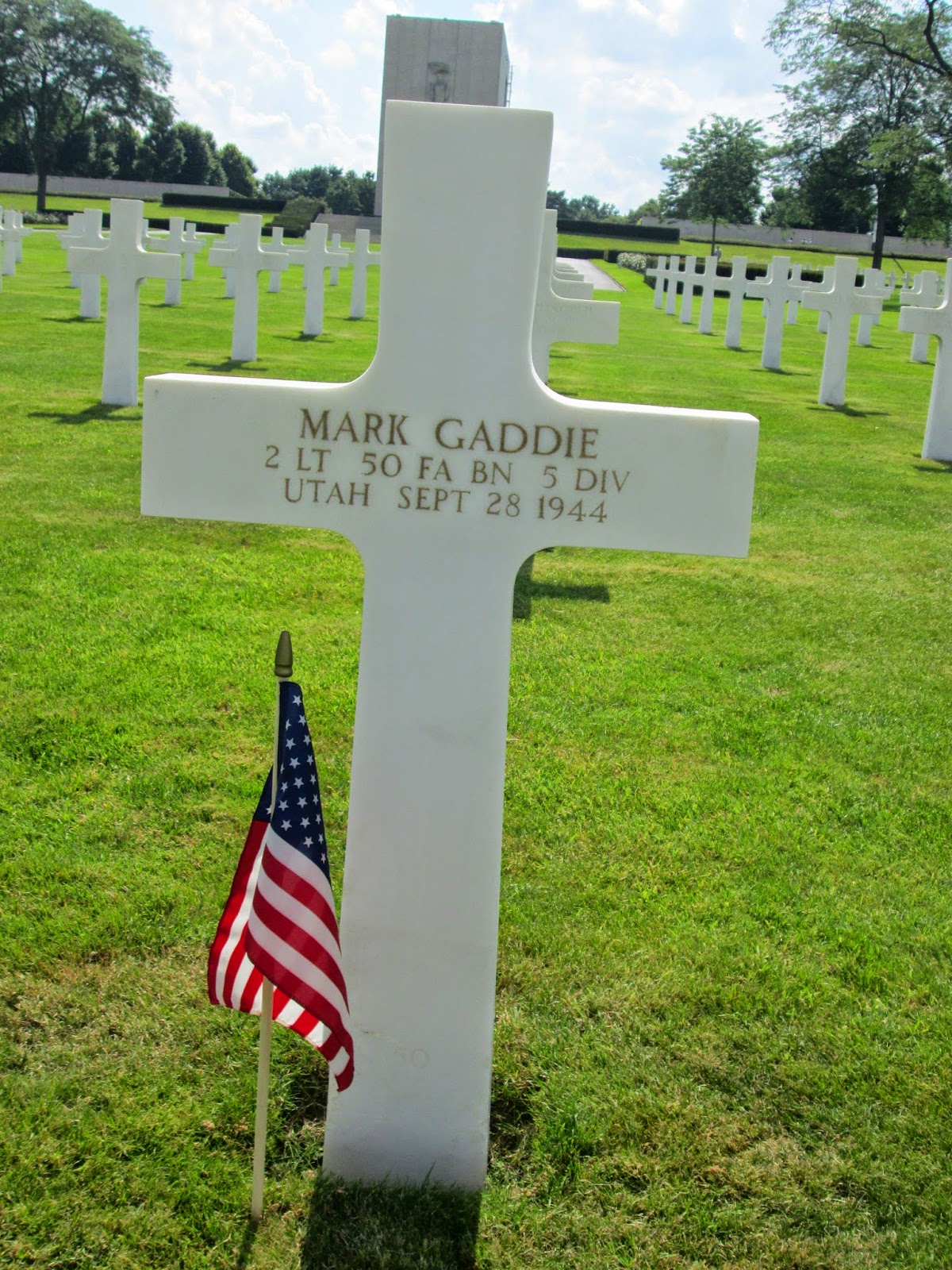 My father tells the story of when he came home from school one day and saw his mother sitting by the fireplace crying.  She had just found out that her younger brother had been killed in the War. 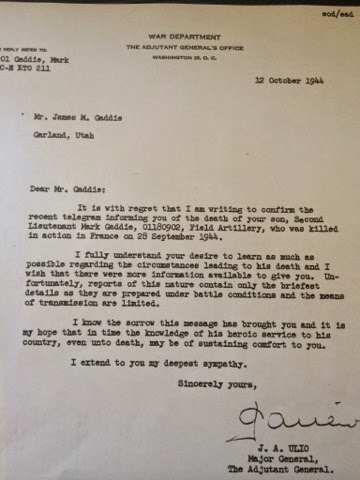 My mother found papers and gave us copies of the telegram and letters to his family telling of his death.  Thanks to the internet, we were able to find out a whole lot more of his service. 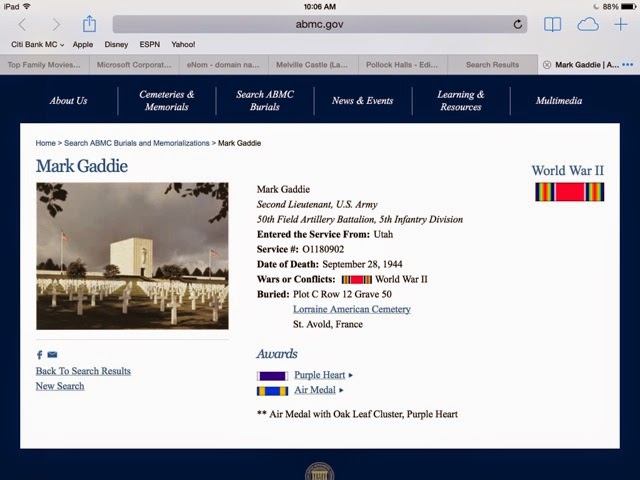 In Normandy, there are interactive kiosks that we were able to track Mark's Battalion during the Summer of 1944. 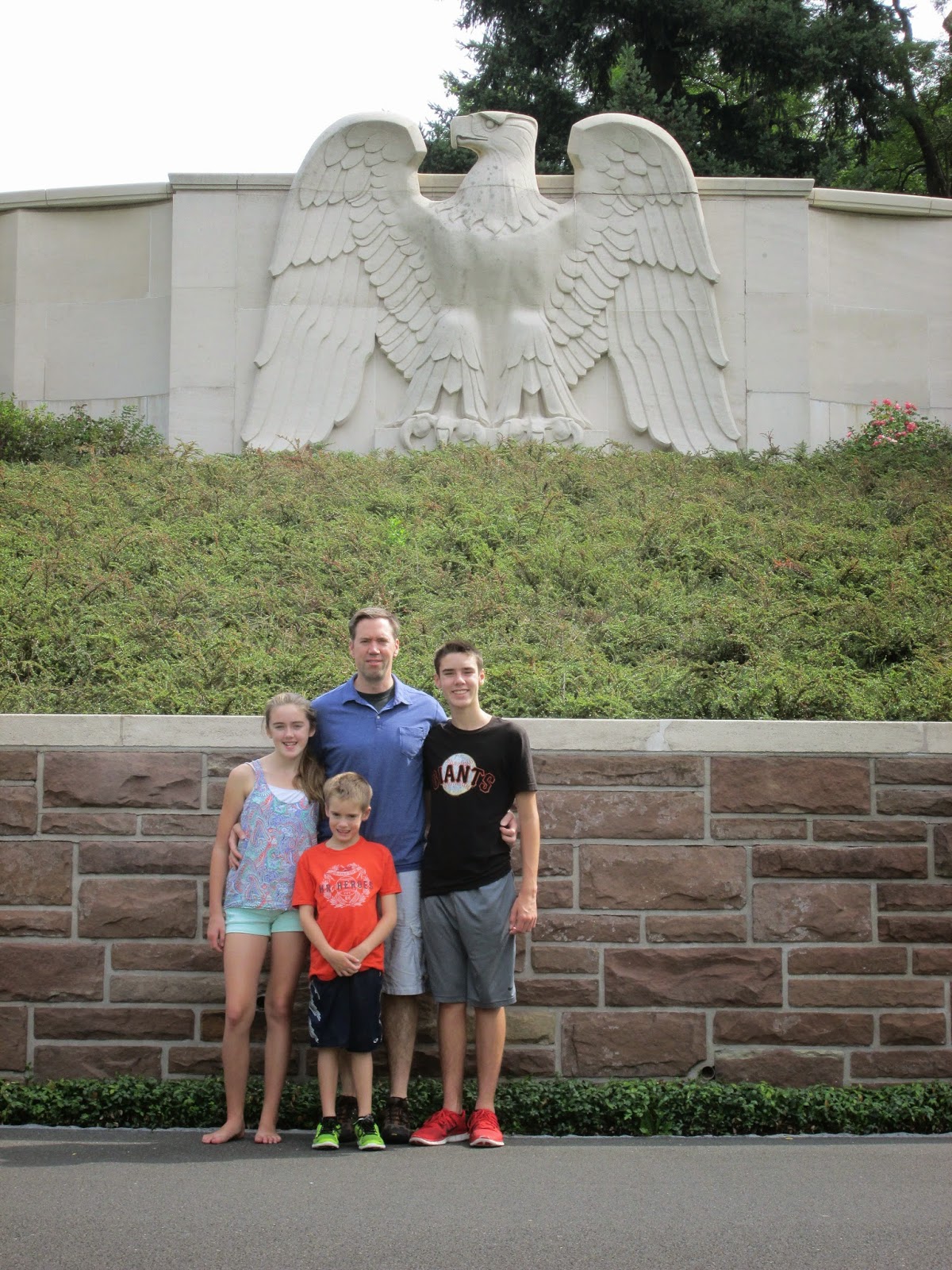 The War Department sent out a second notice telling them Mark Gaddie's remains have been "permanently interred side by side with comrades who also gave their lives for their country." 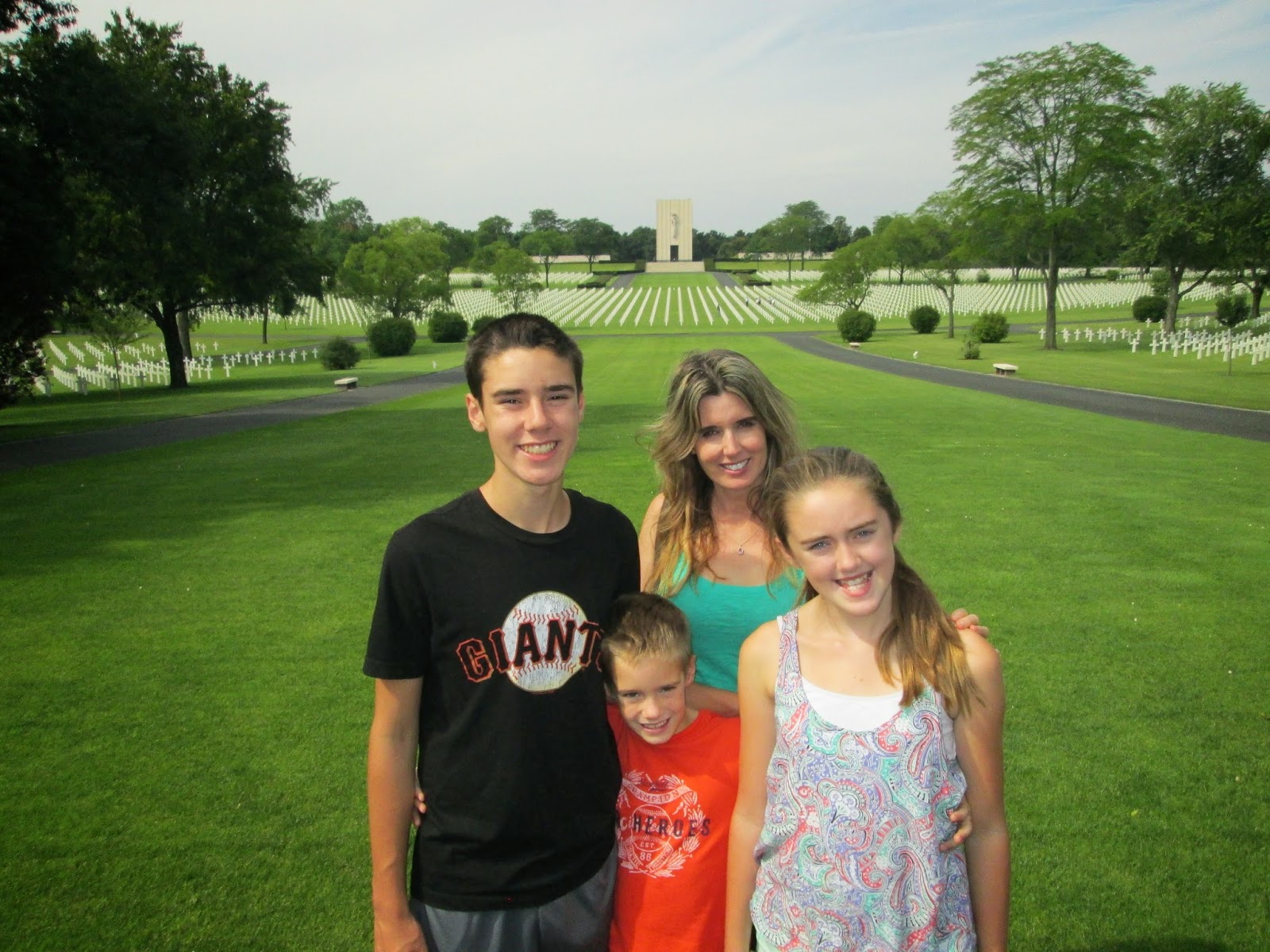 The letter also states that "the grave-site will be carefully and conscientiousl maintained in perpetuity by the United States Government."  We can certainly attest that the grave sites and grounds are meticulously kept. 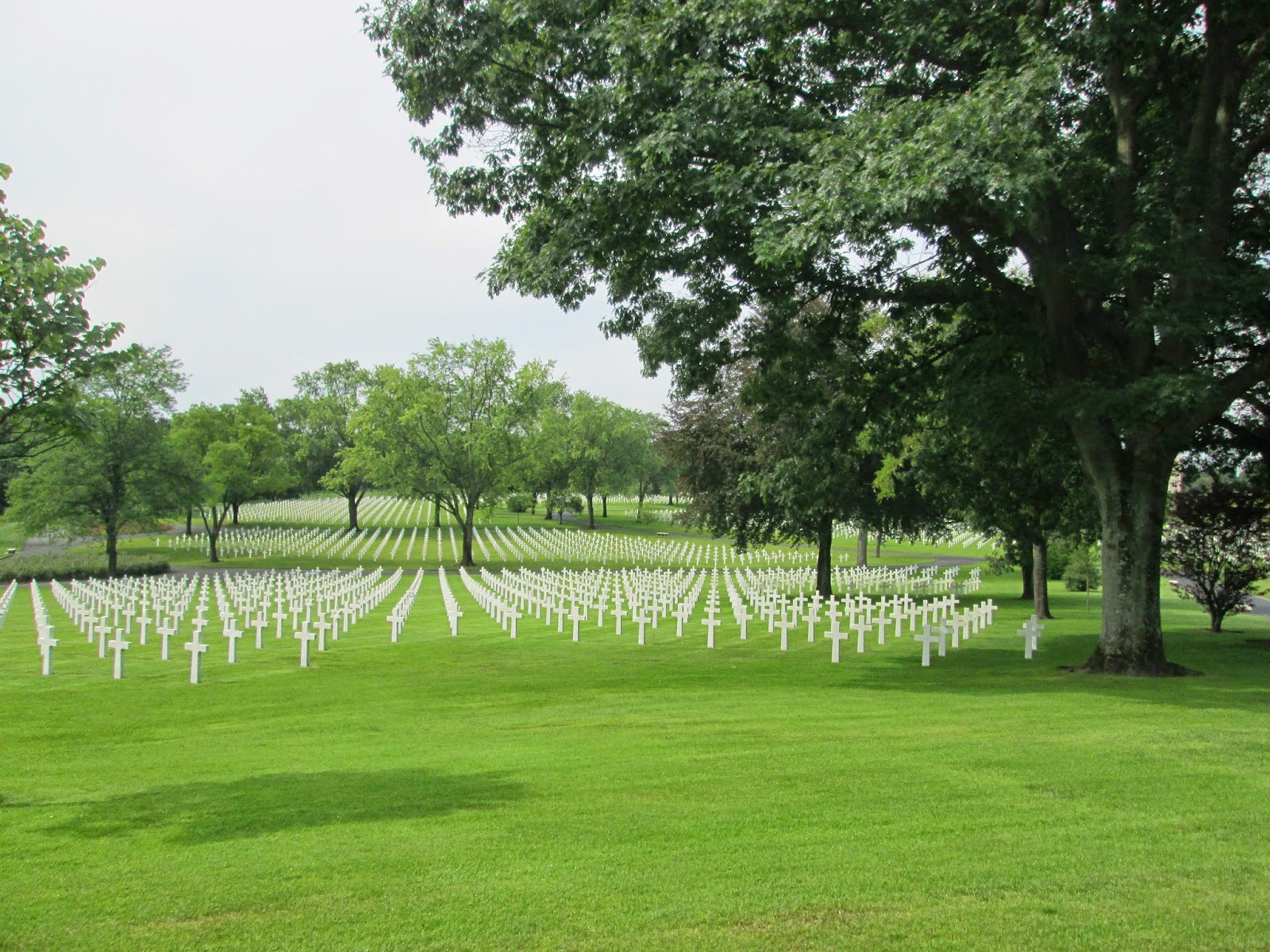 The cemetery grounds were so beautiful and well-kept. 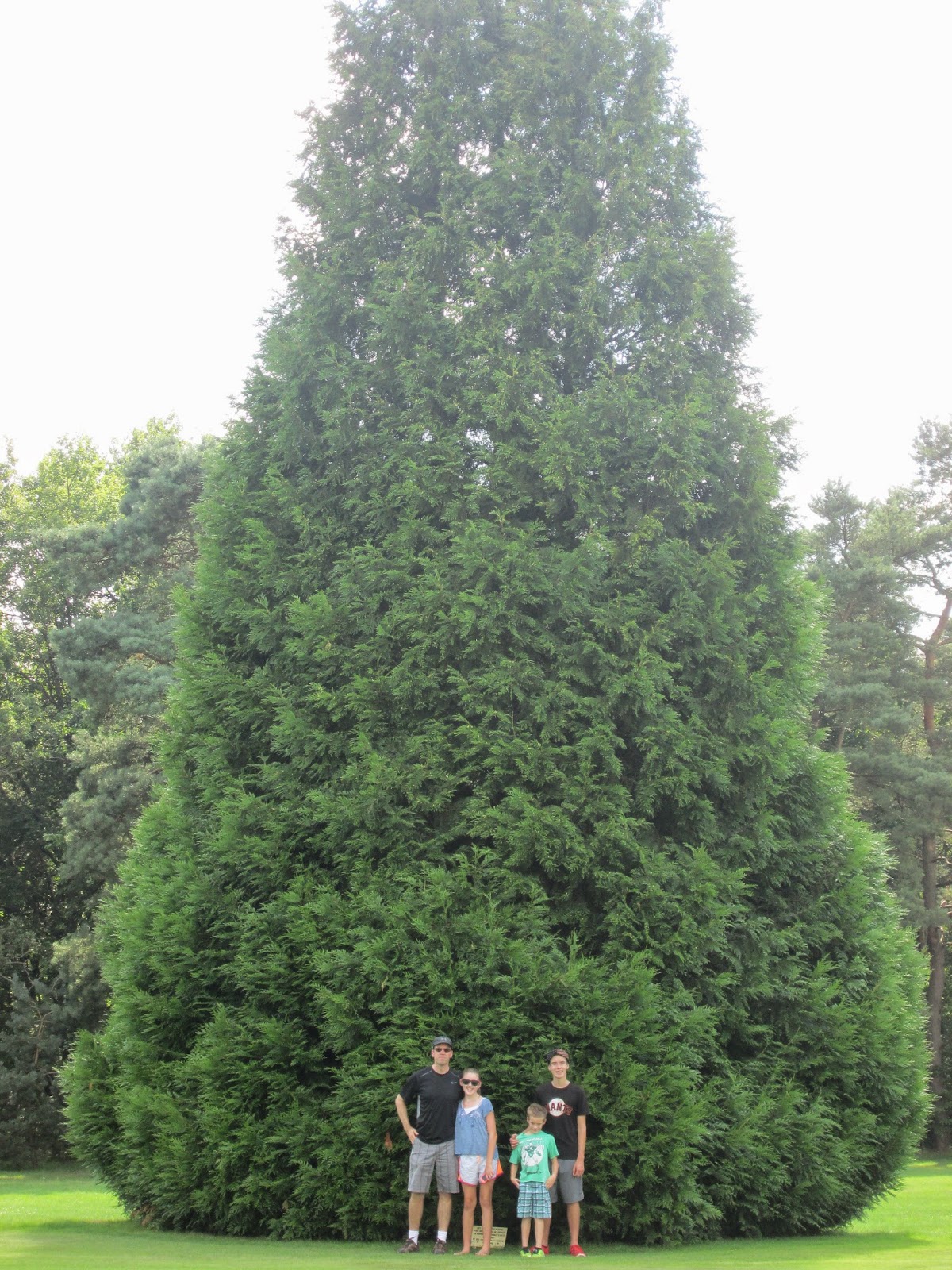 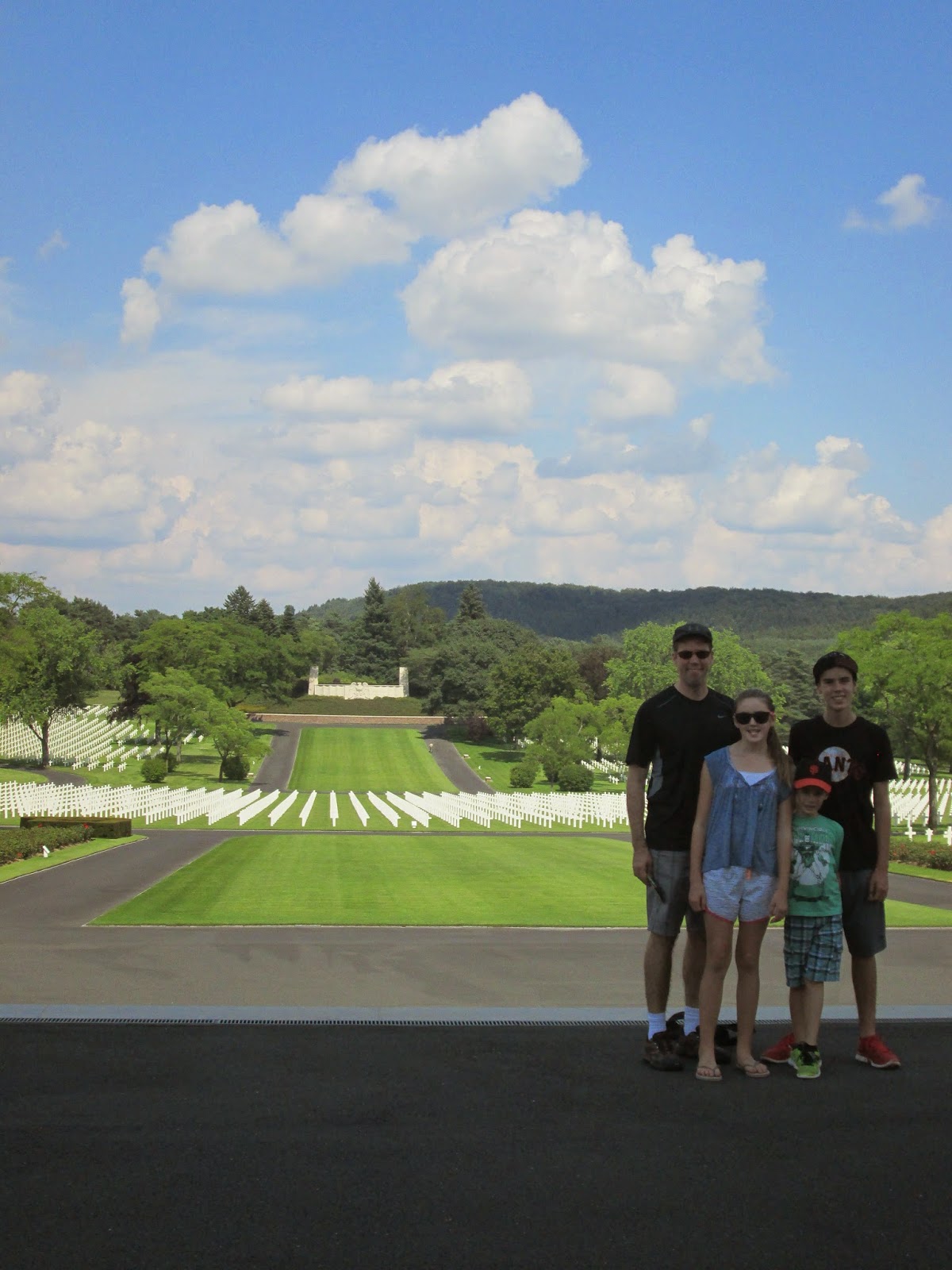 Steven and Steve got the honor of folding the American flags at the end of the day. 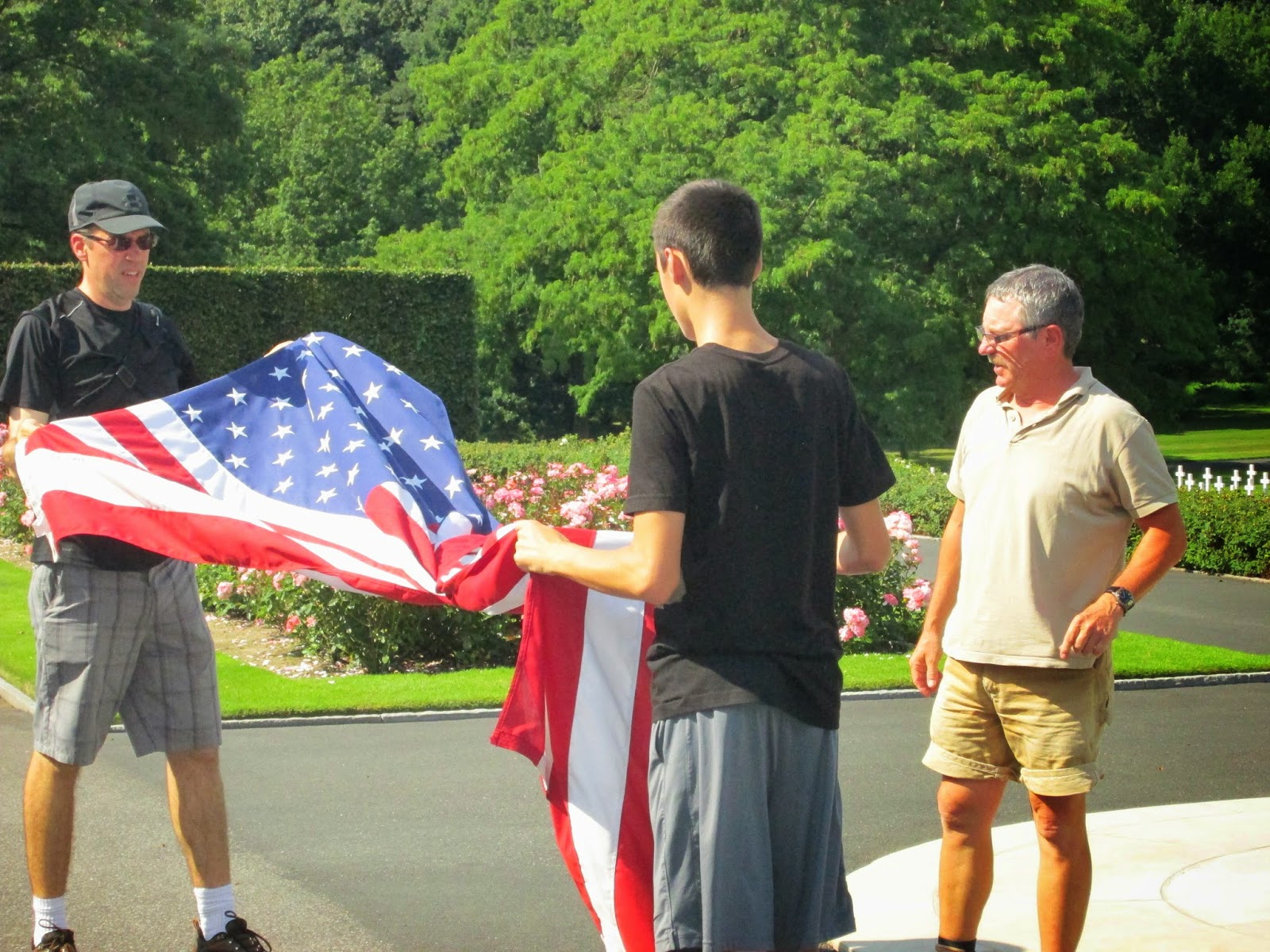 When the cemetery workers were taking the flag down at 5:00, Steve asked if they could fold the flags.  The advantages of visiting a less crowded cemetery allowed for them to have this honor. 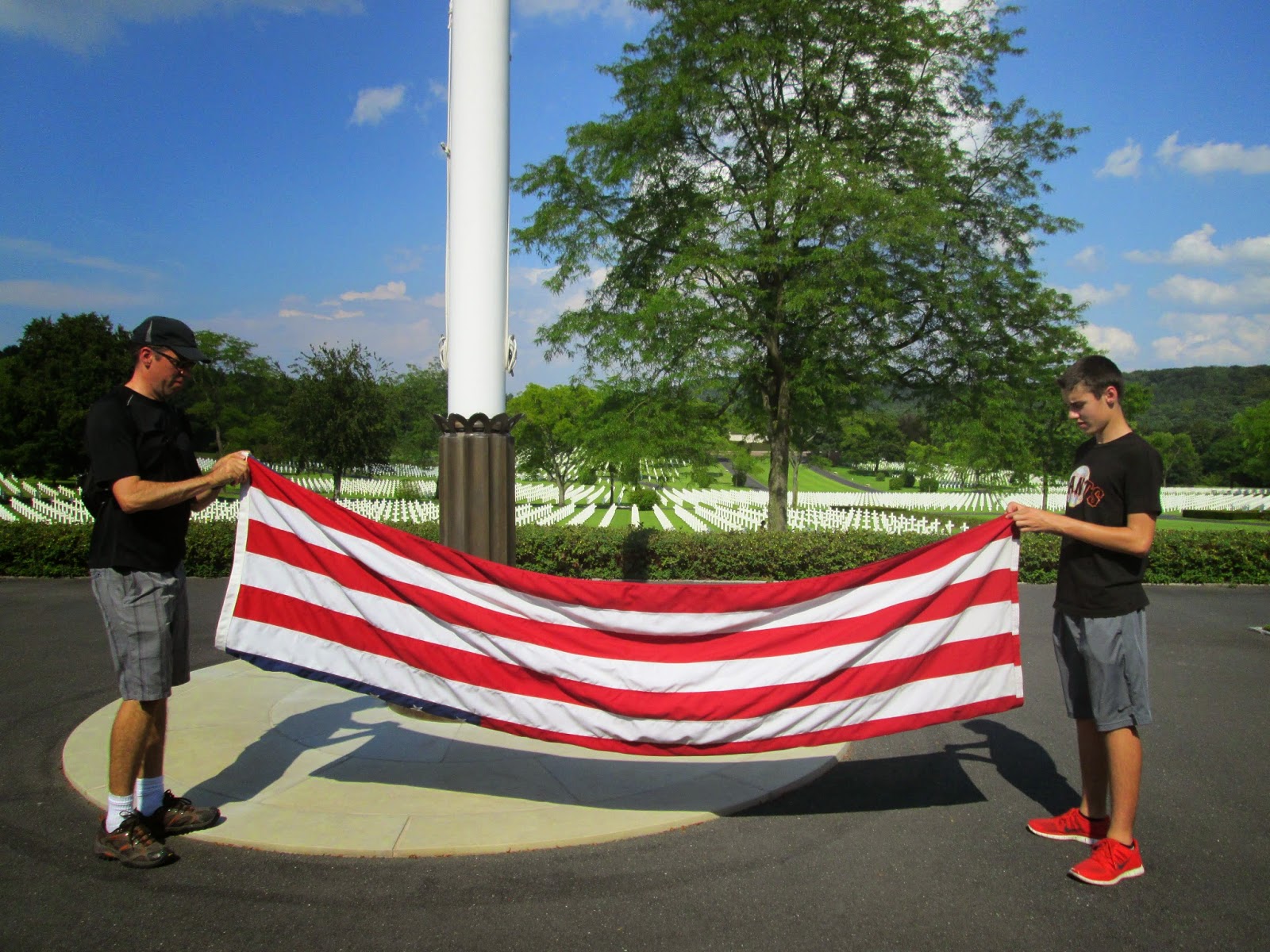 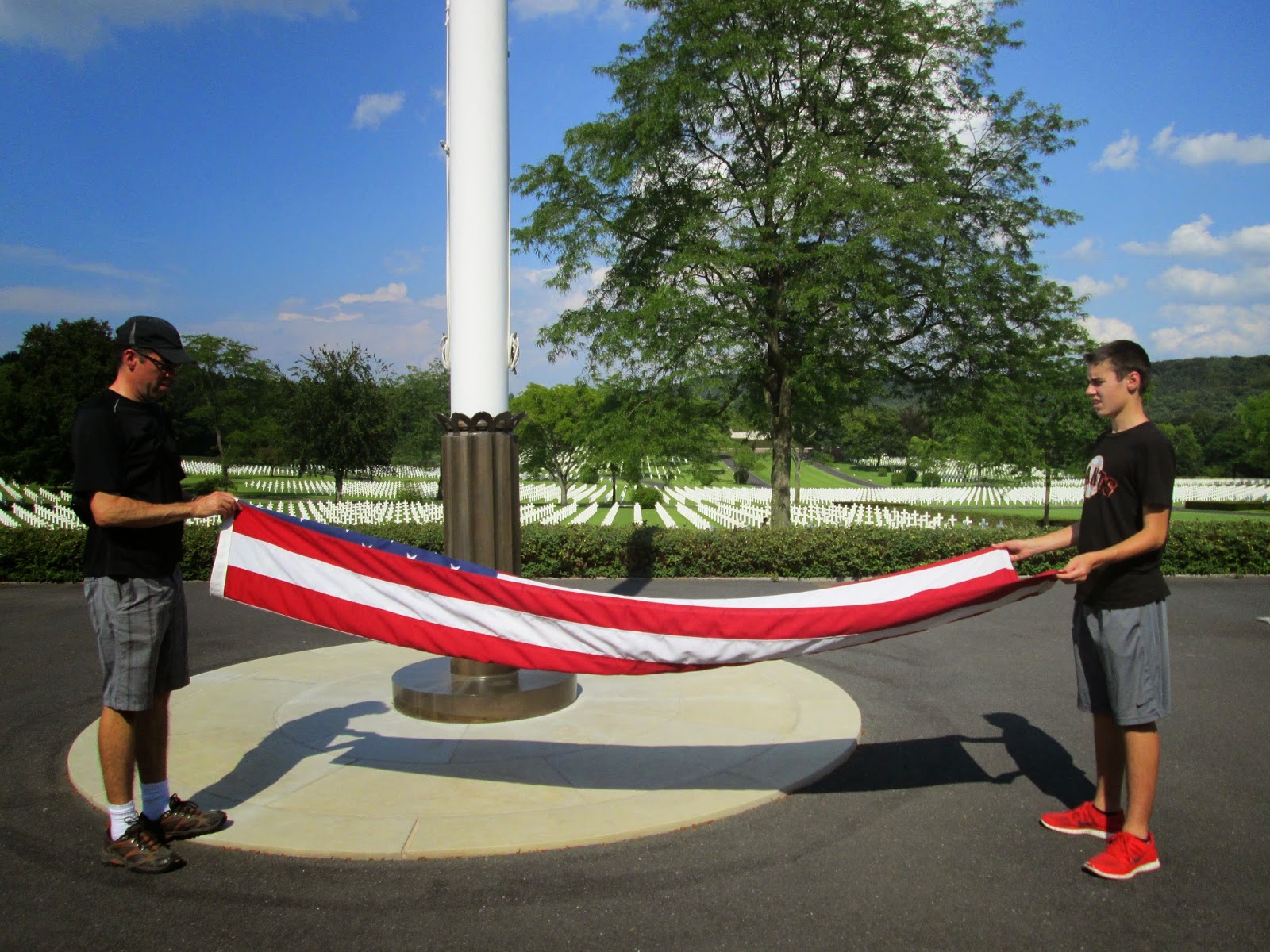 Marky was even able to help them with this honor. 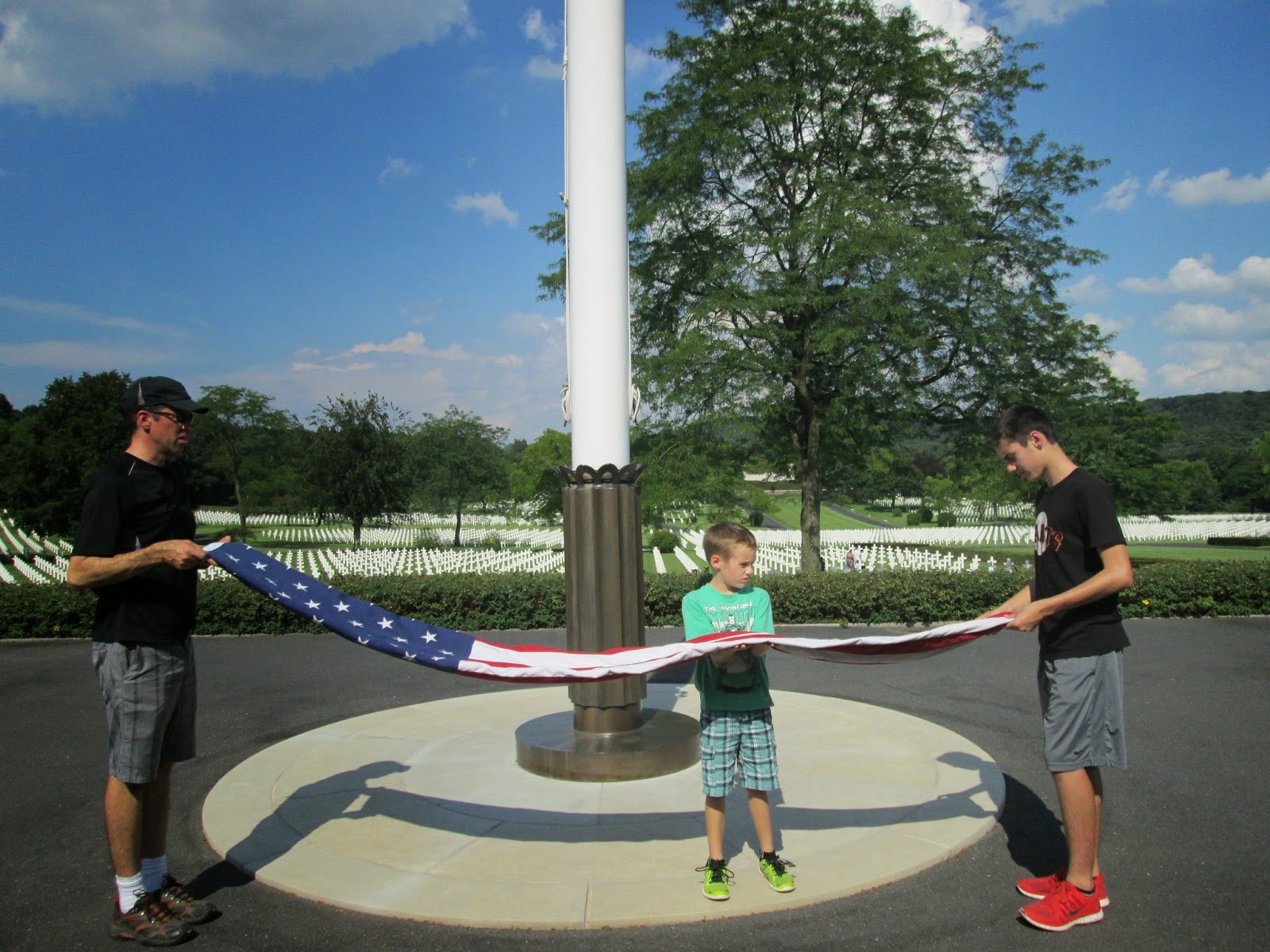 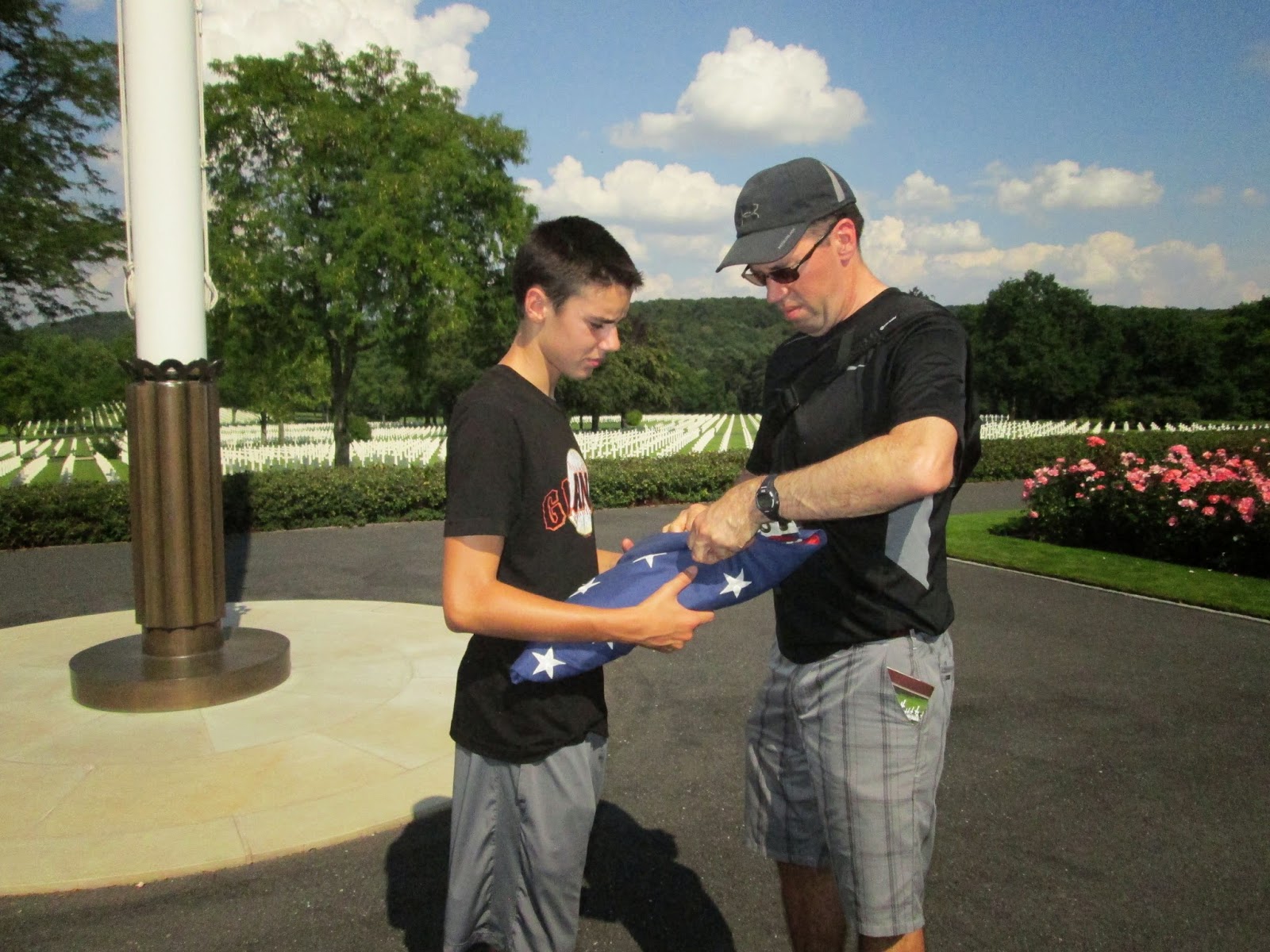 I think history really comes alive for us when we can make personal connections. 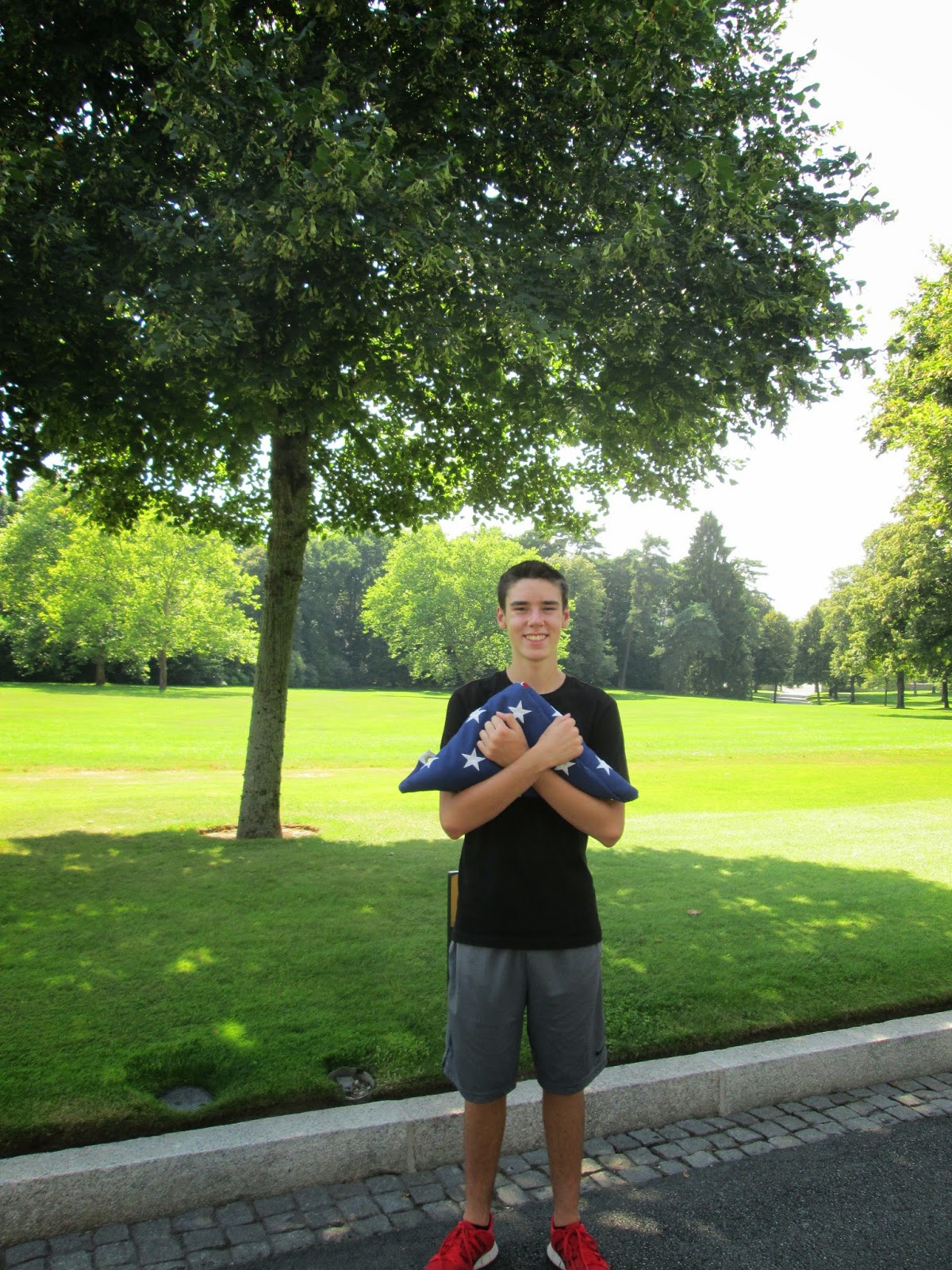 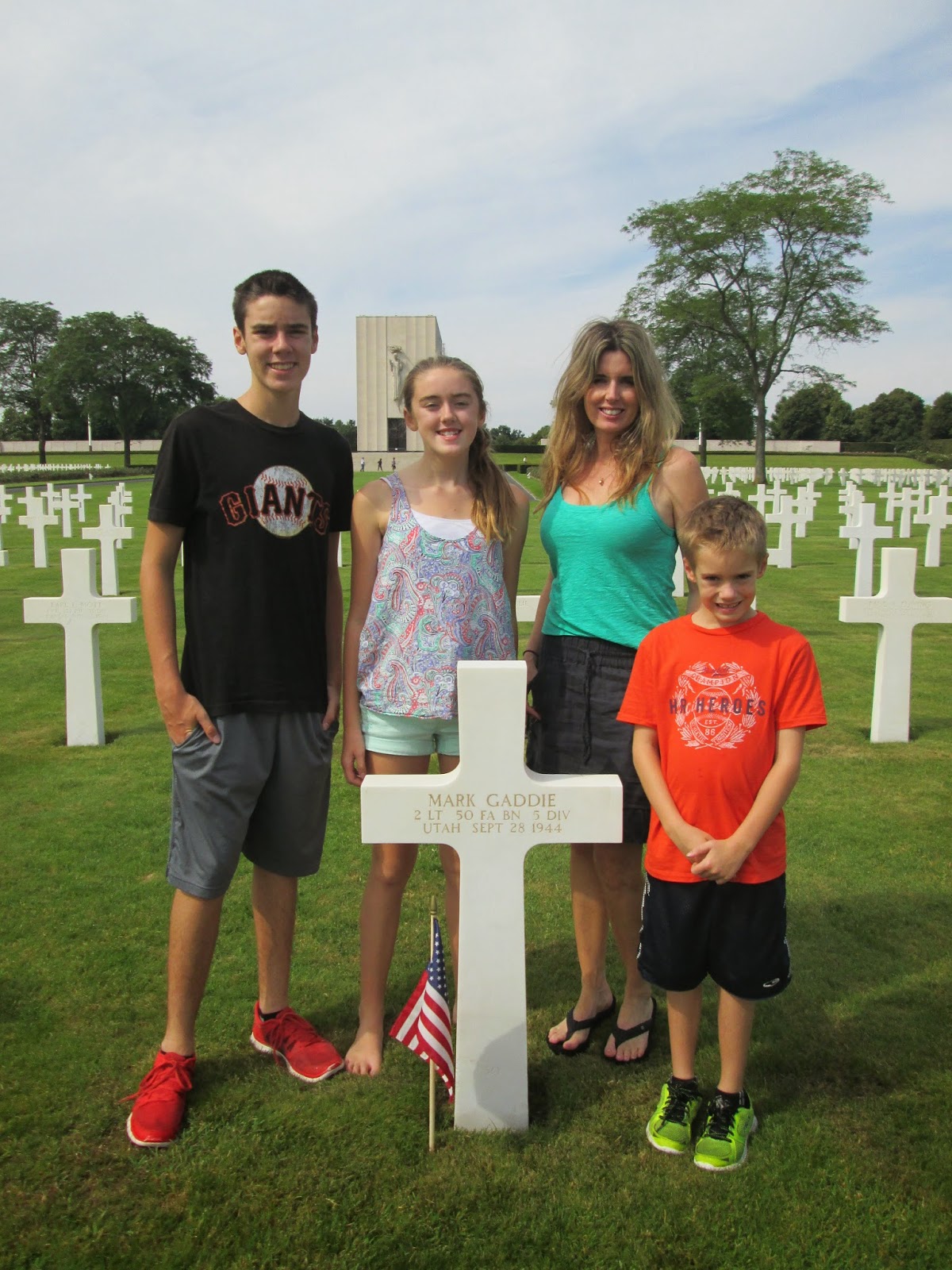 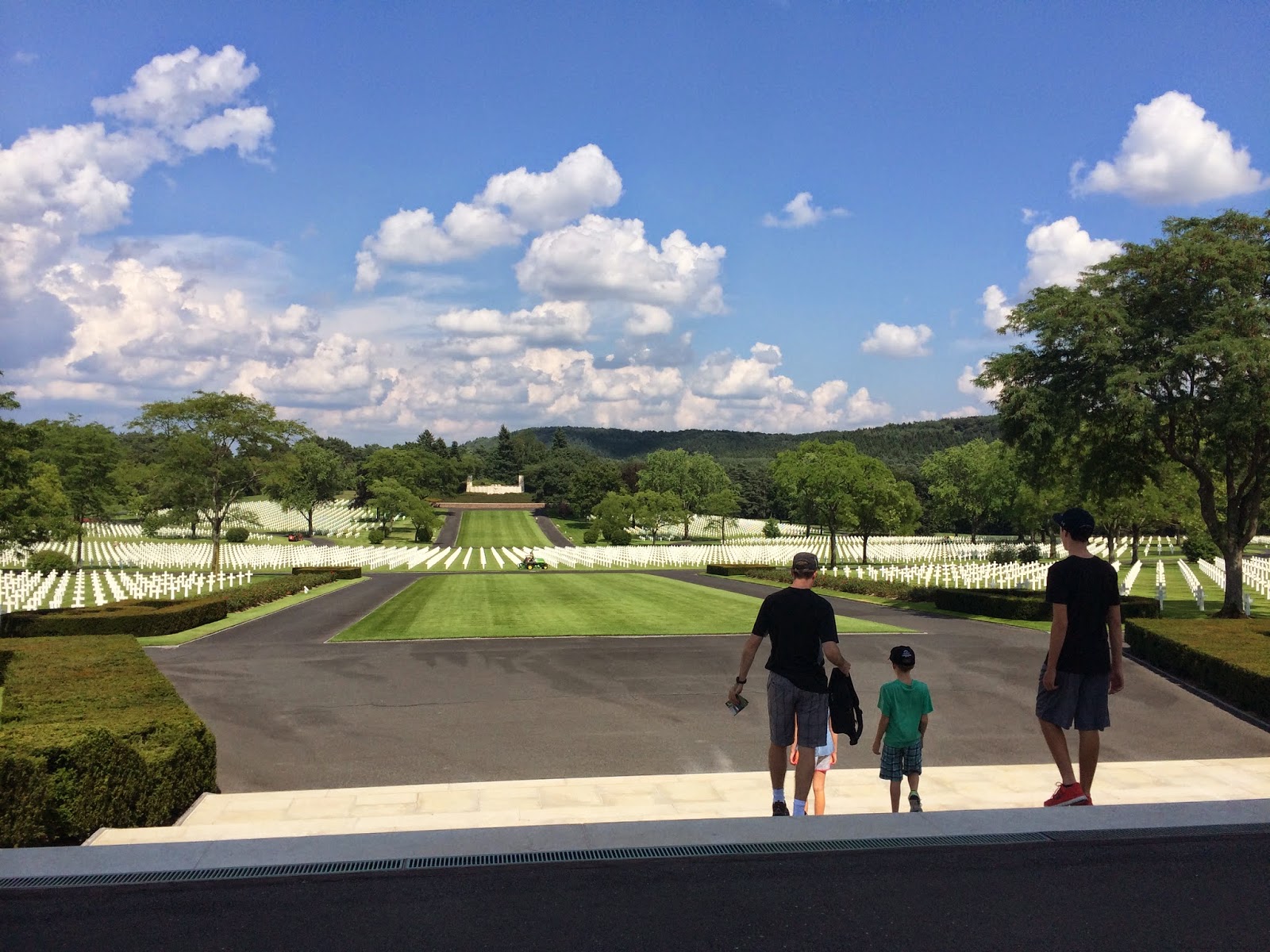 When we left, the kids all wrote a personal note in the Book of Remembrance. 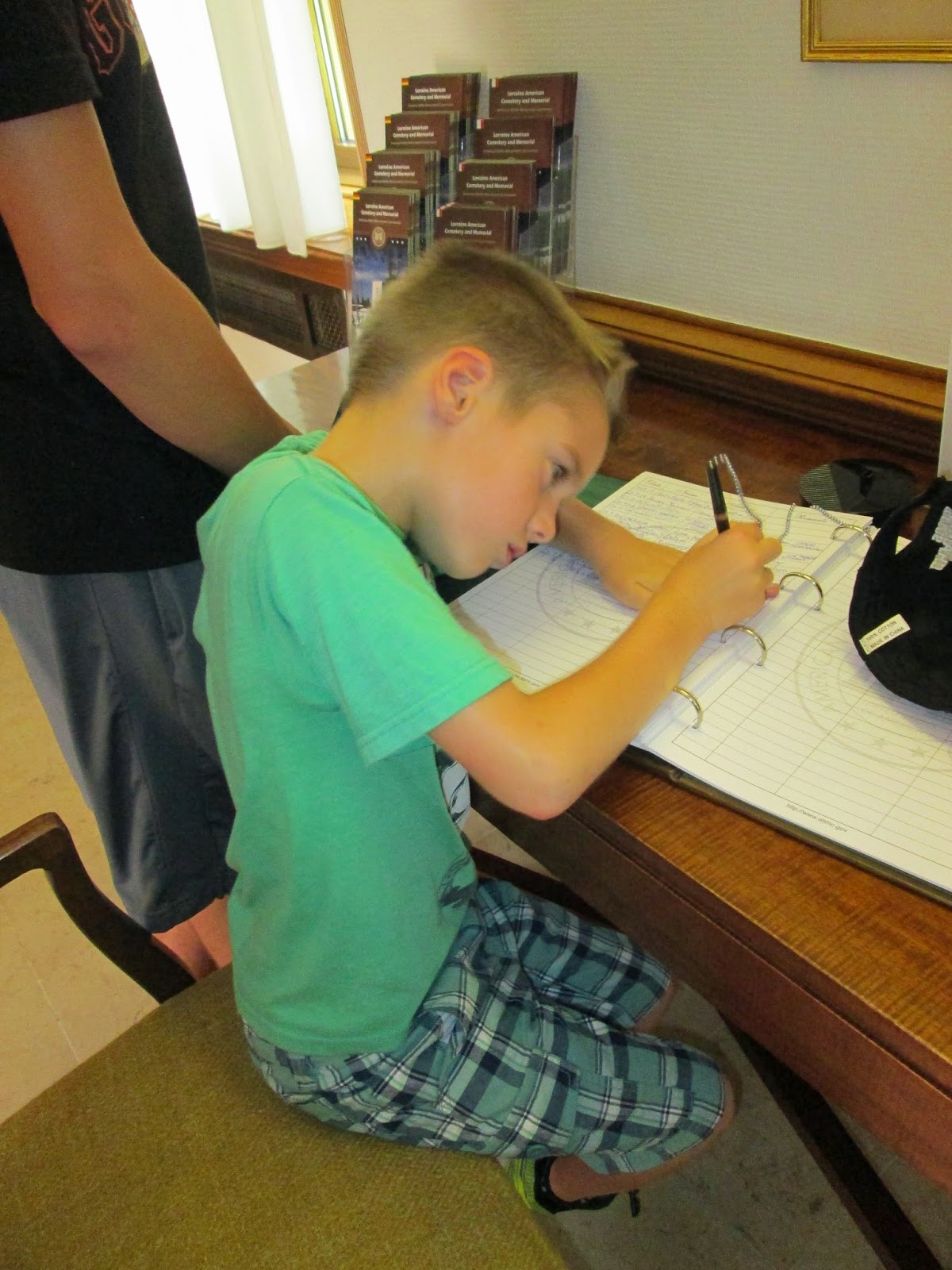 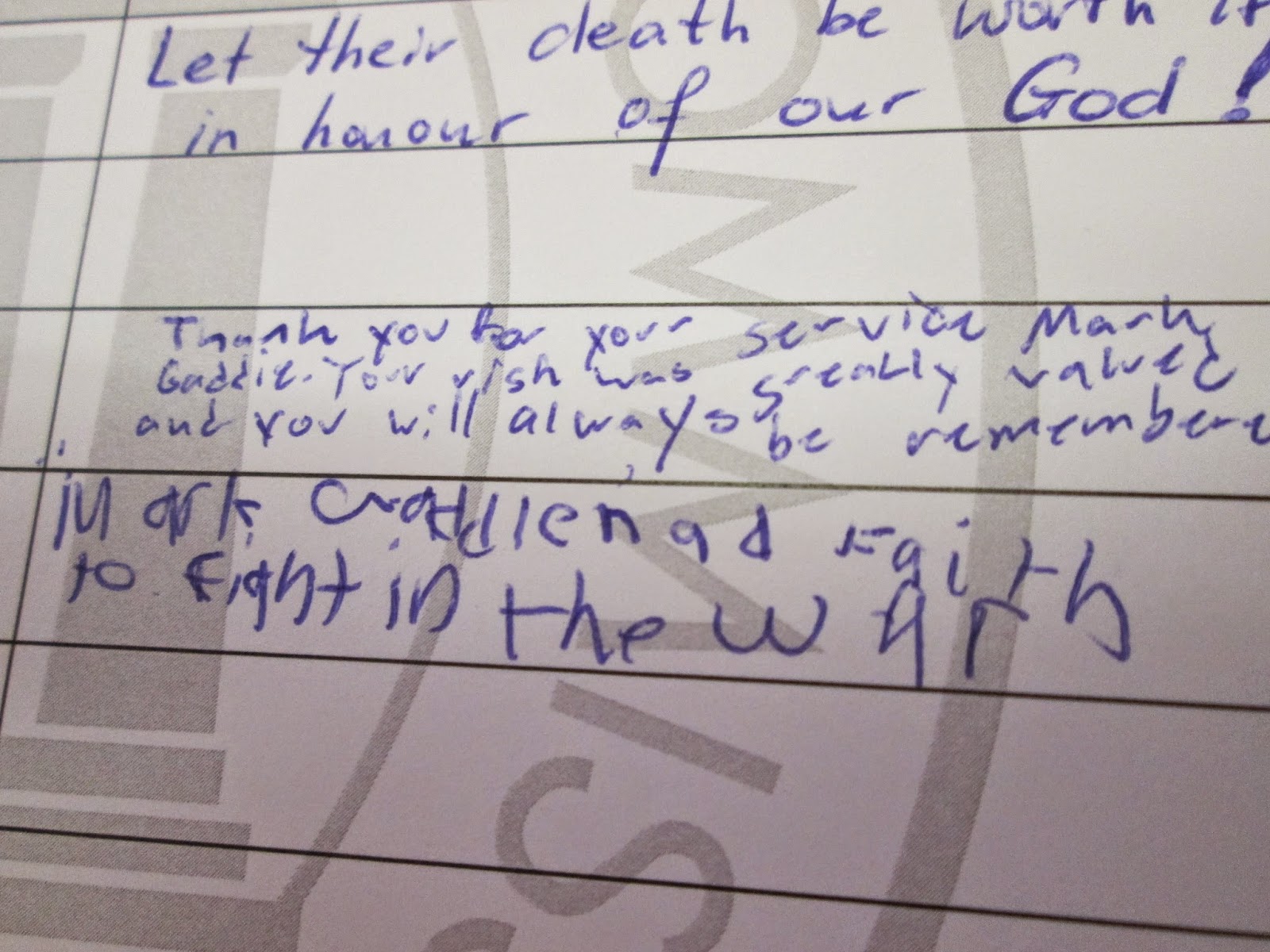 Mark LOVED that he shared a name with his great great uncle who was a "soldier in the war." 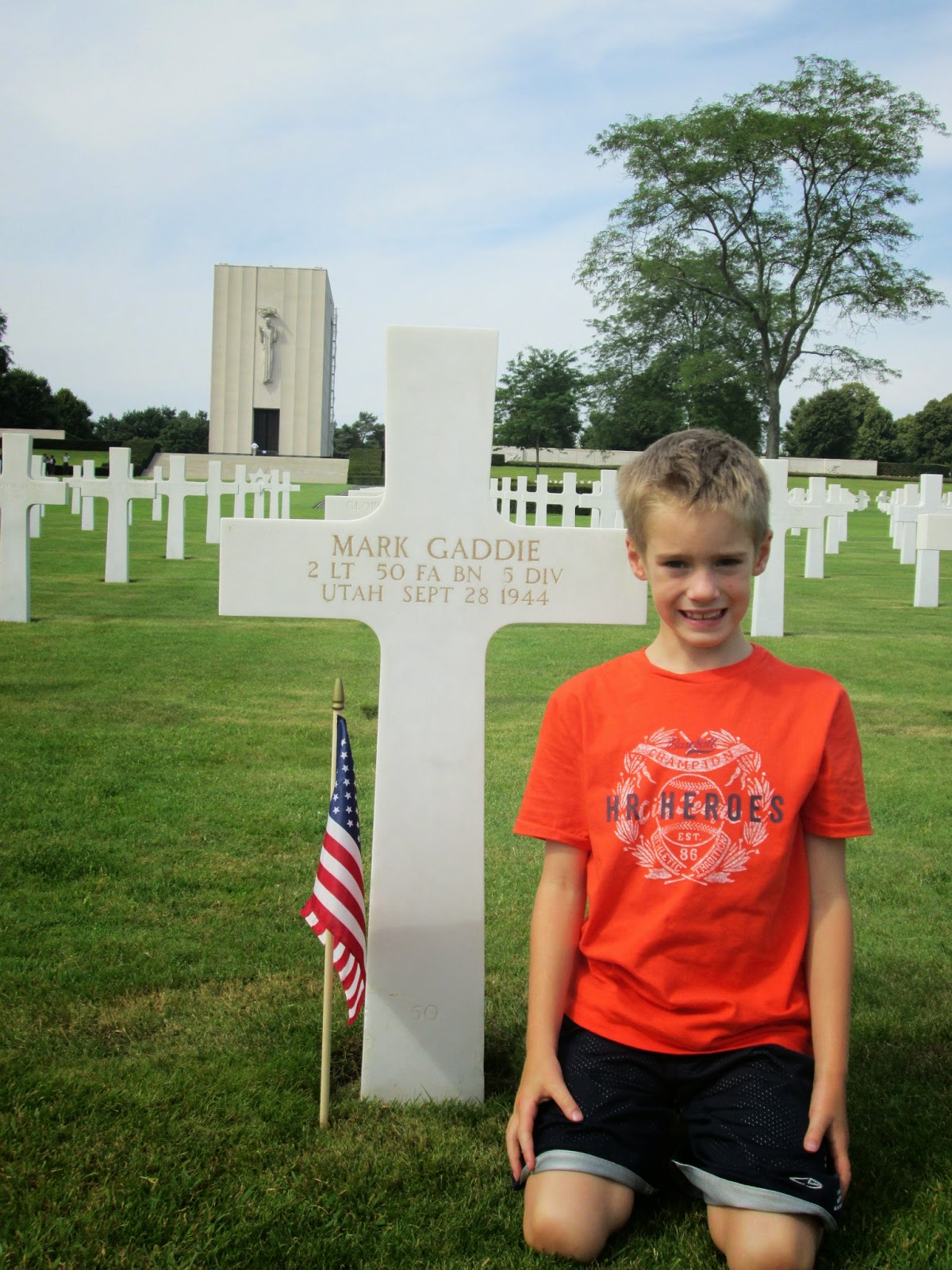 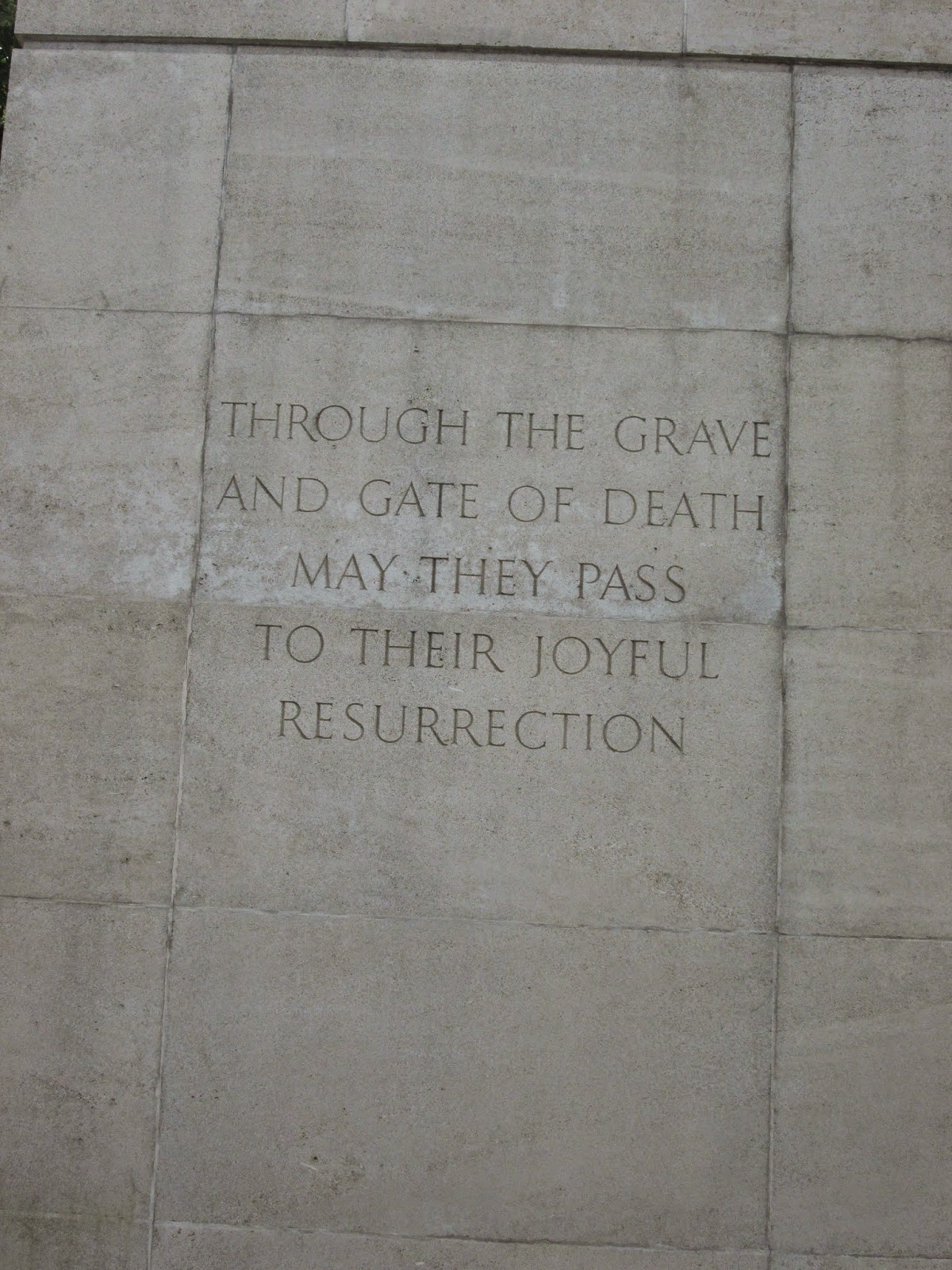 May we always remember those who gave their lives. 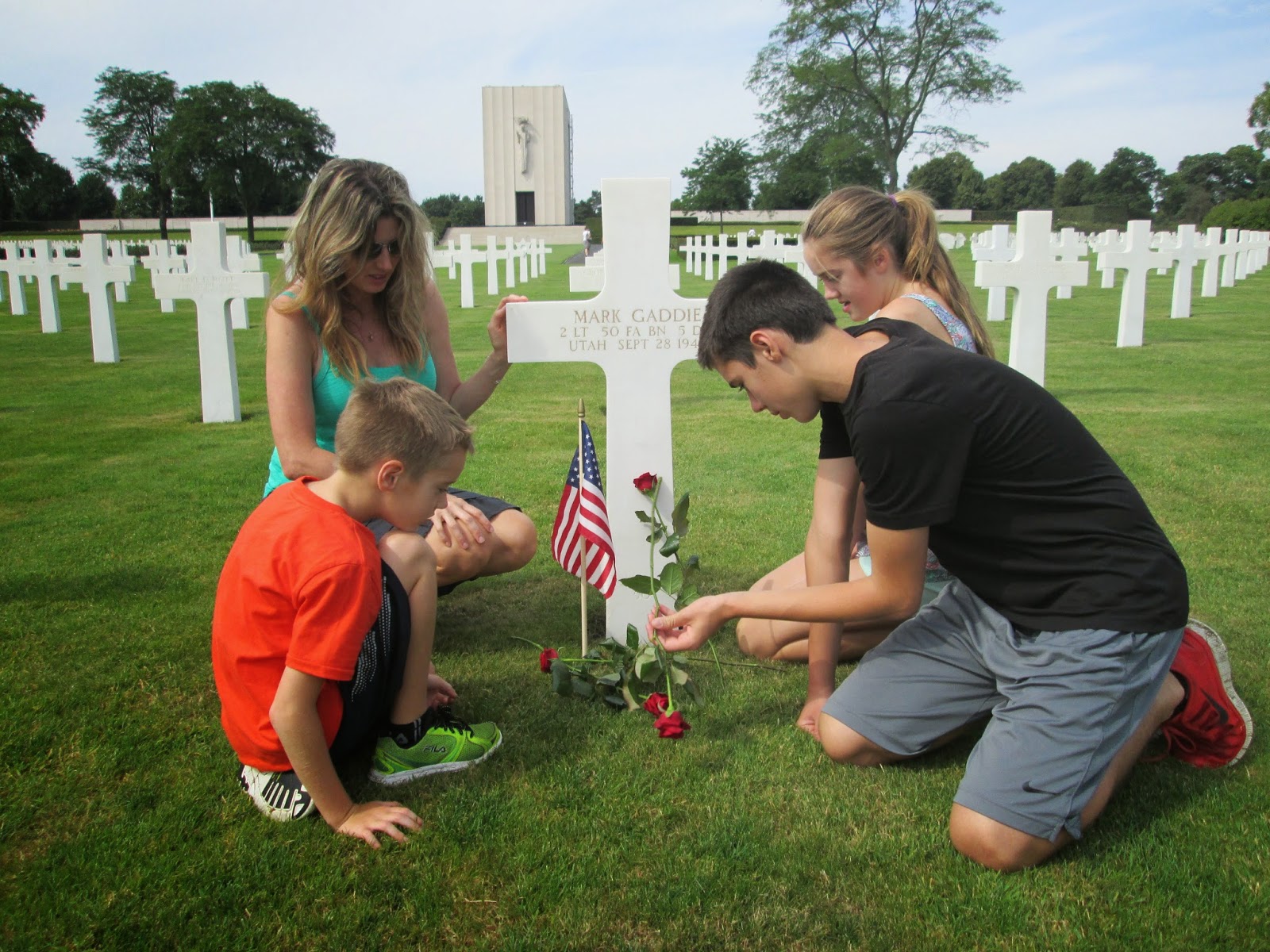