Normandy: Time will not Dim the Glory of Their Deeds

"TIME WILL NOT DIM THE GLORY OF THEIR DEEDS." 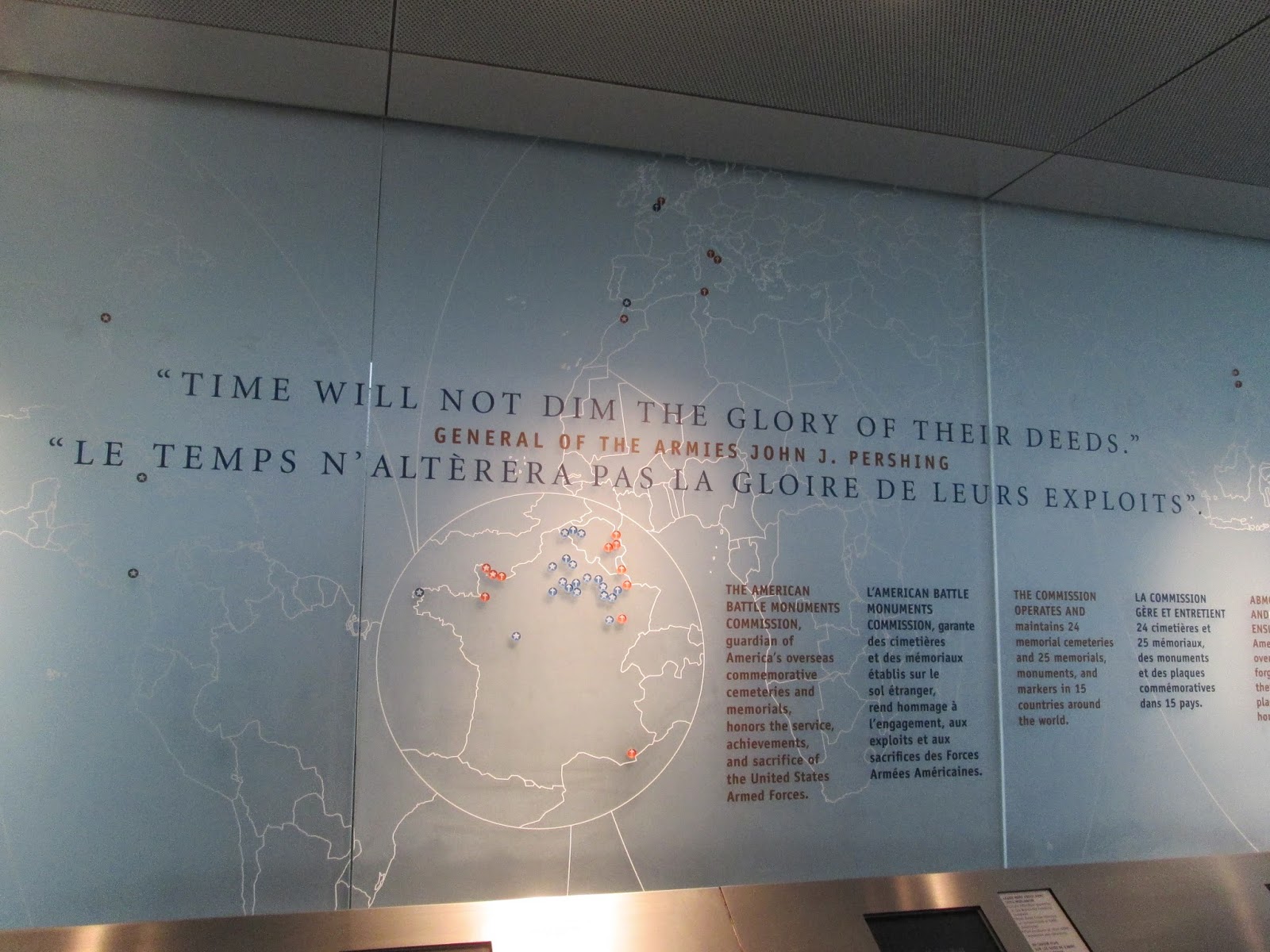 We spent a couple of days in Normandy learning about history
and honoring those who gave the ultimate sacrifice.

Charlie Brown has a great tribute for children to D Day on You Tube. 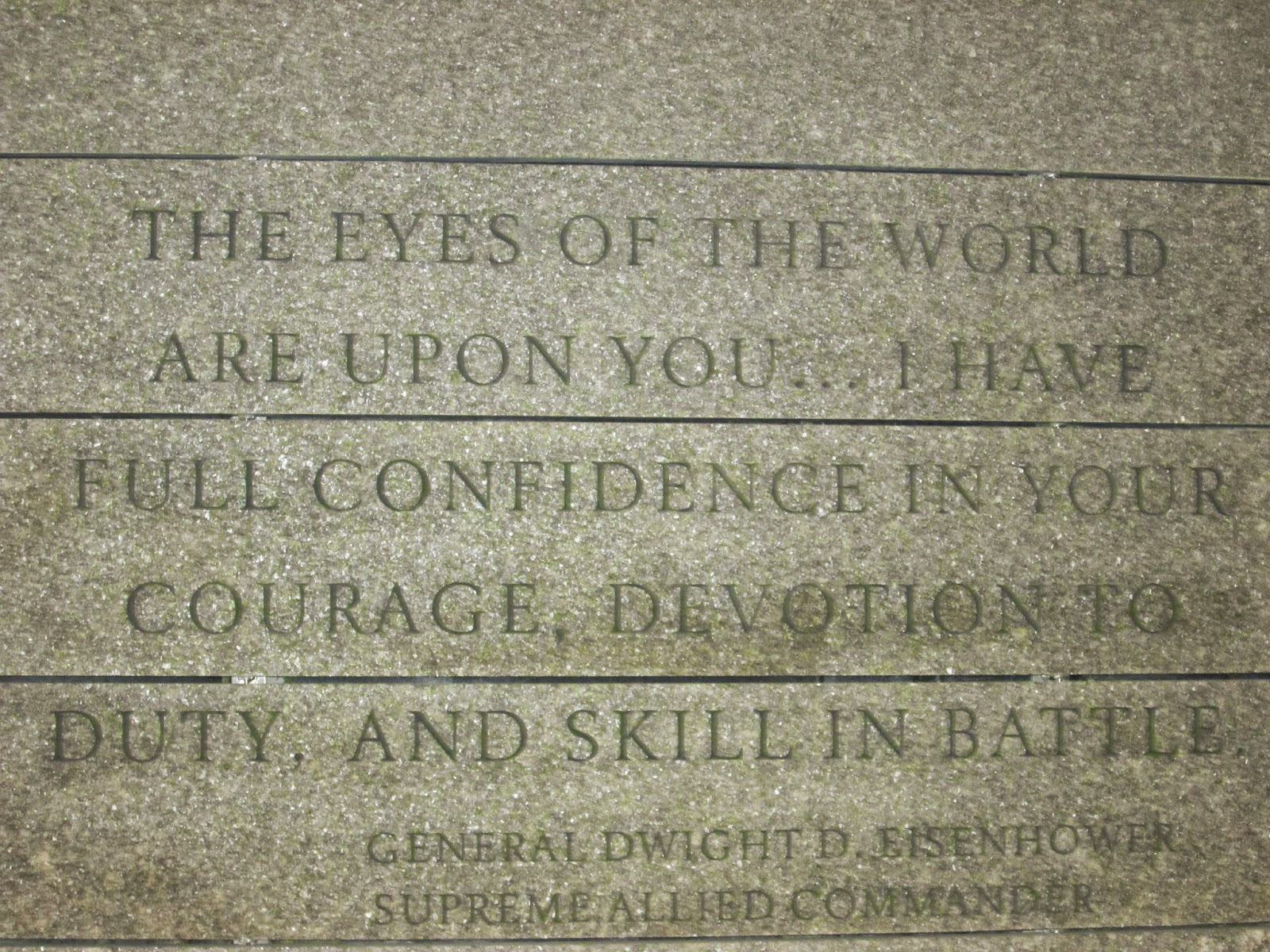 Powerful words above.  I hope we are raising sons that can live up to that quote. 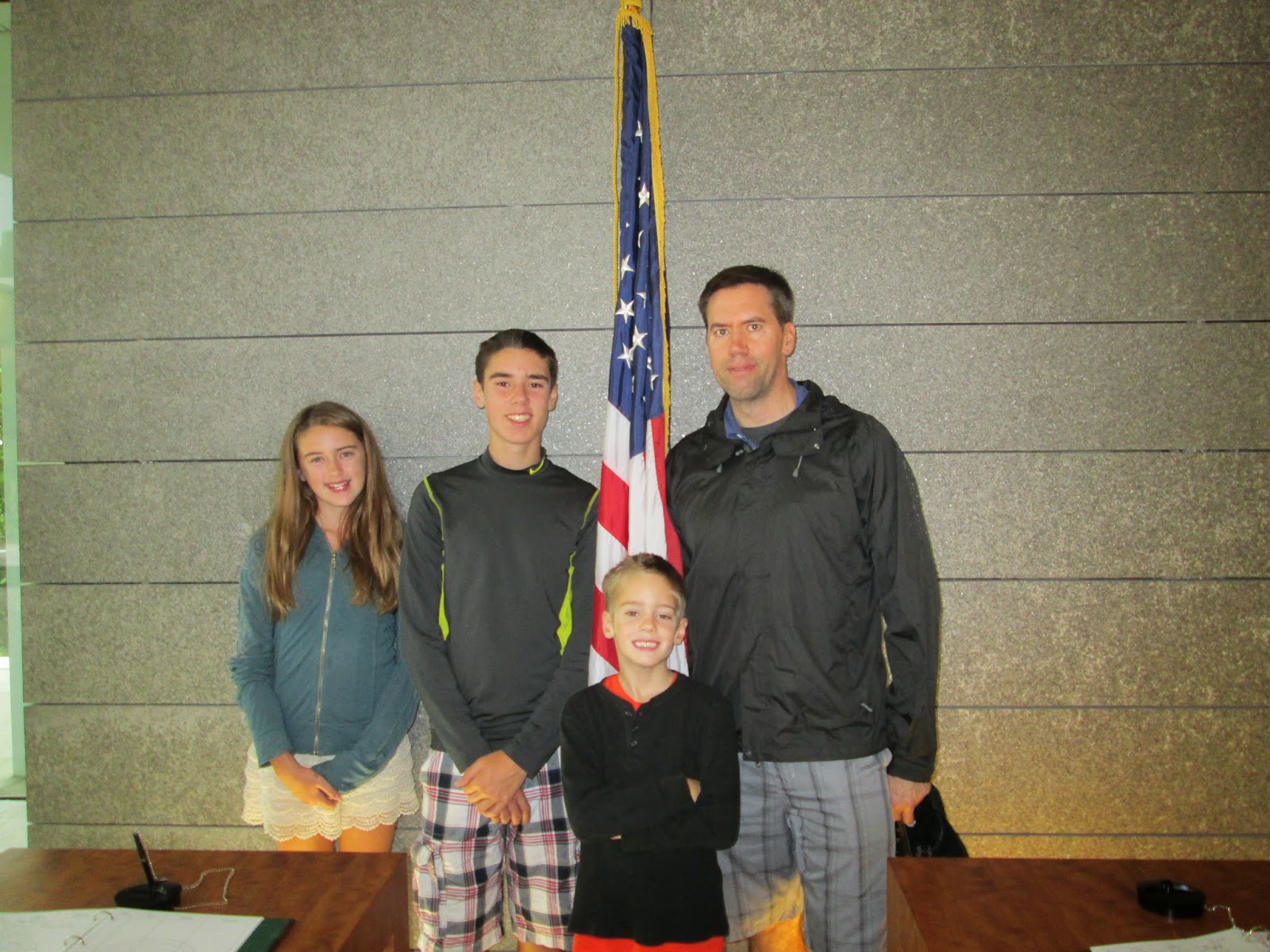 The monument and cemetery were beyond beautiful and moving. 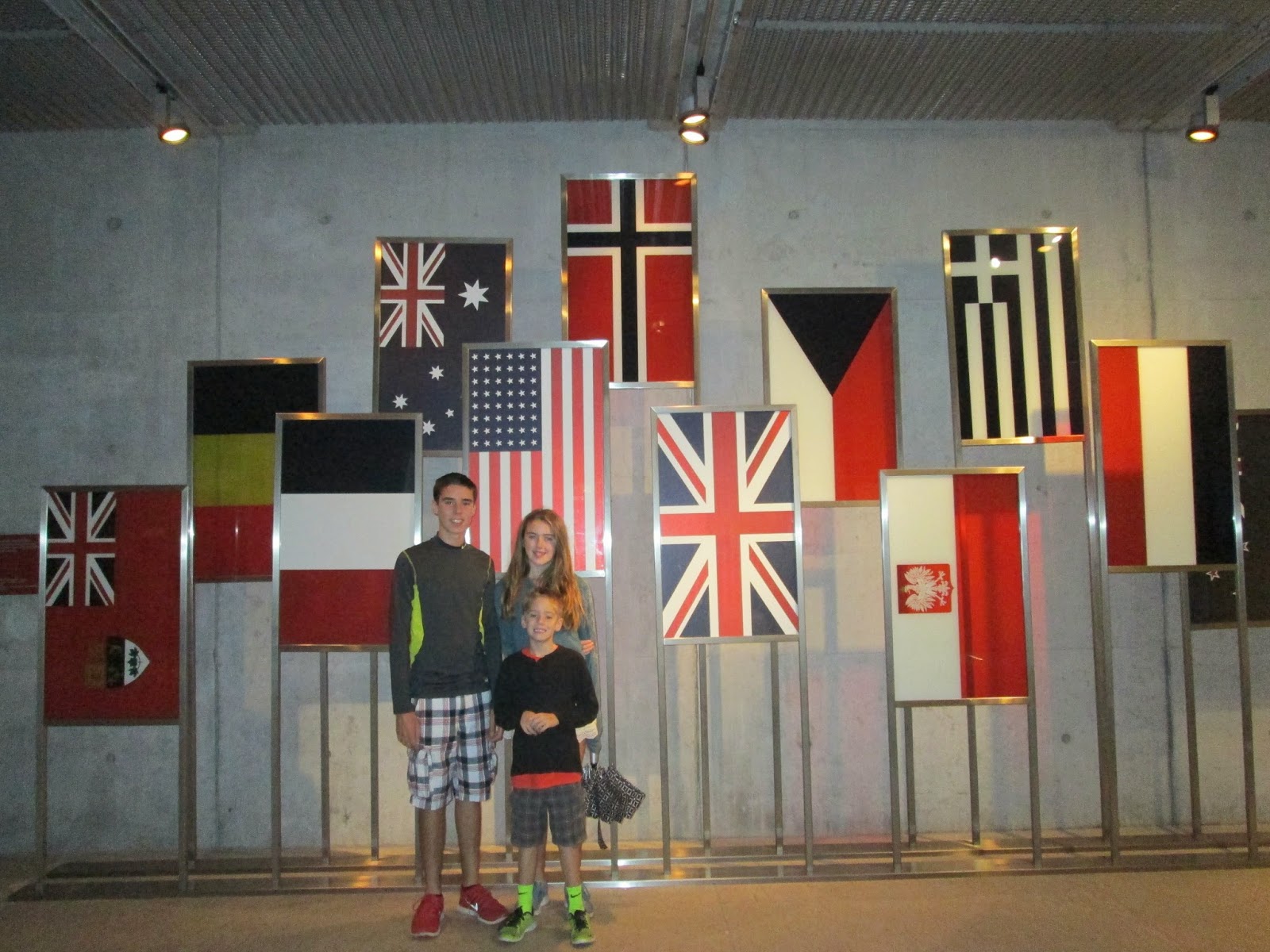 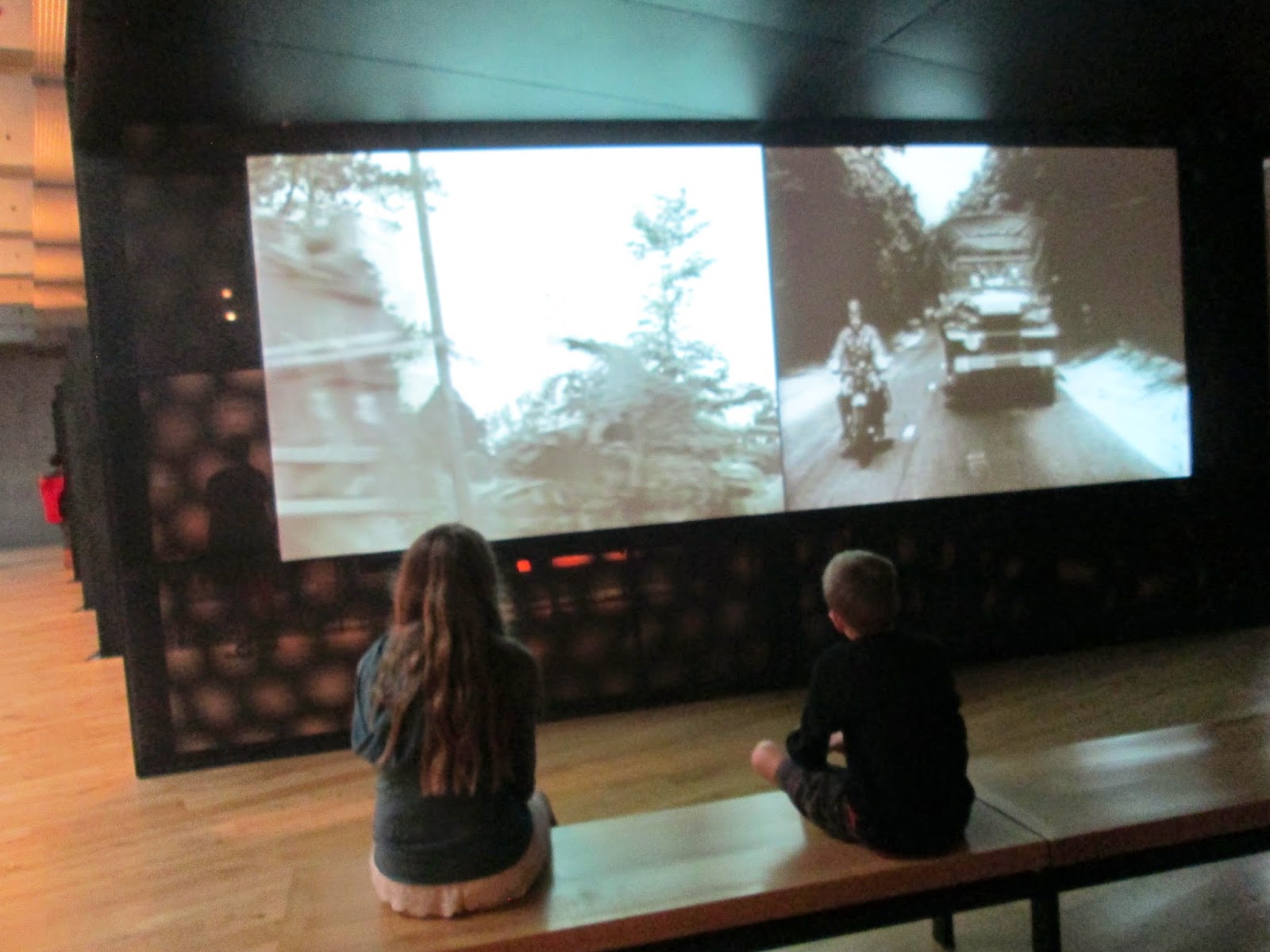 Steve and Stevie walked through the history absorbing as much as they can. 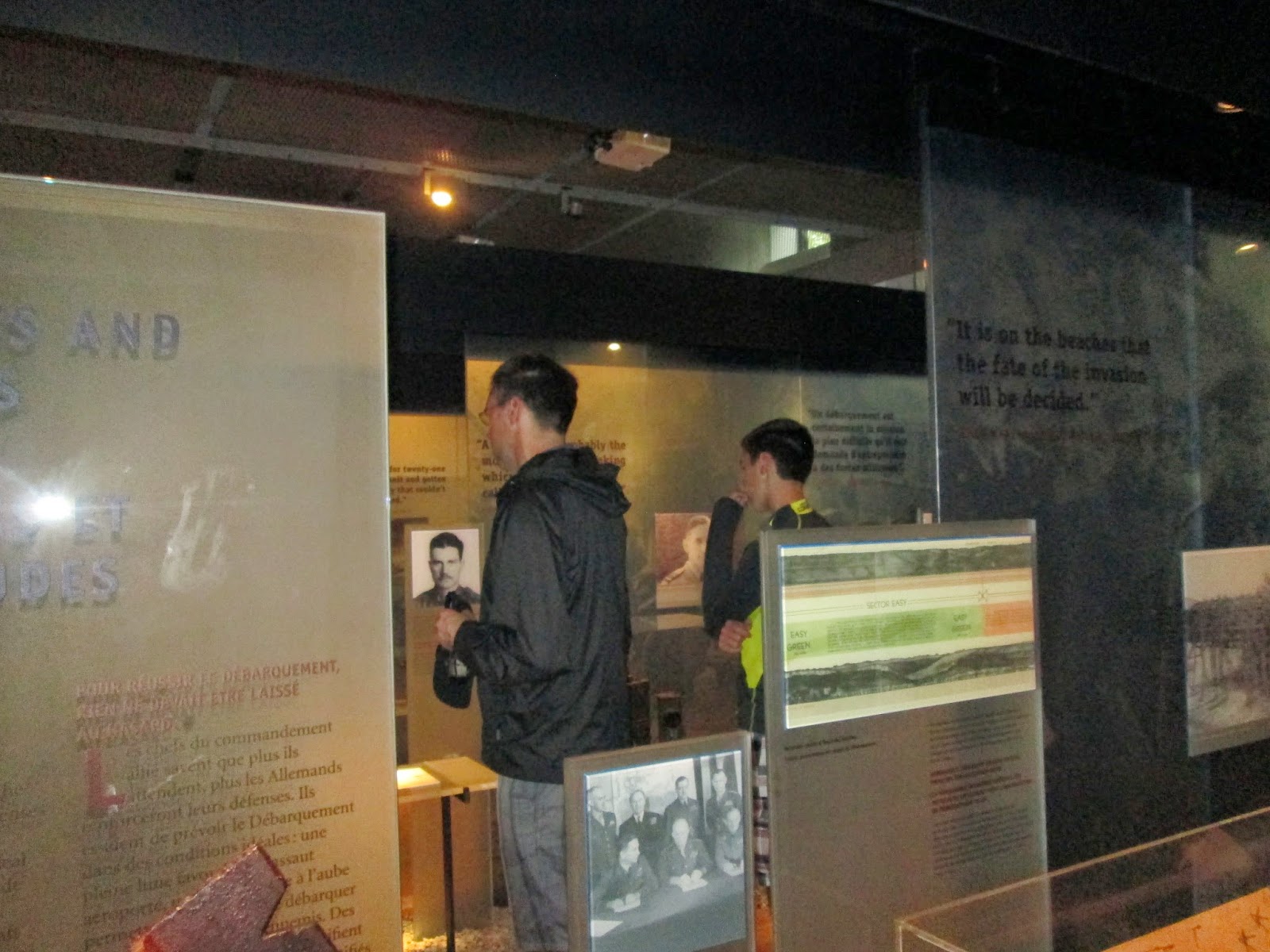 We found the location of my great uncle's battalion/division.  You could track all the divisions where they were the summer and fall of 1944. 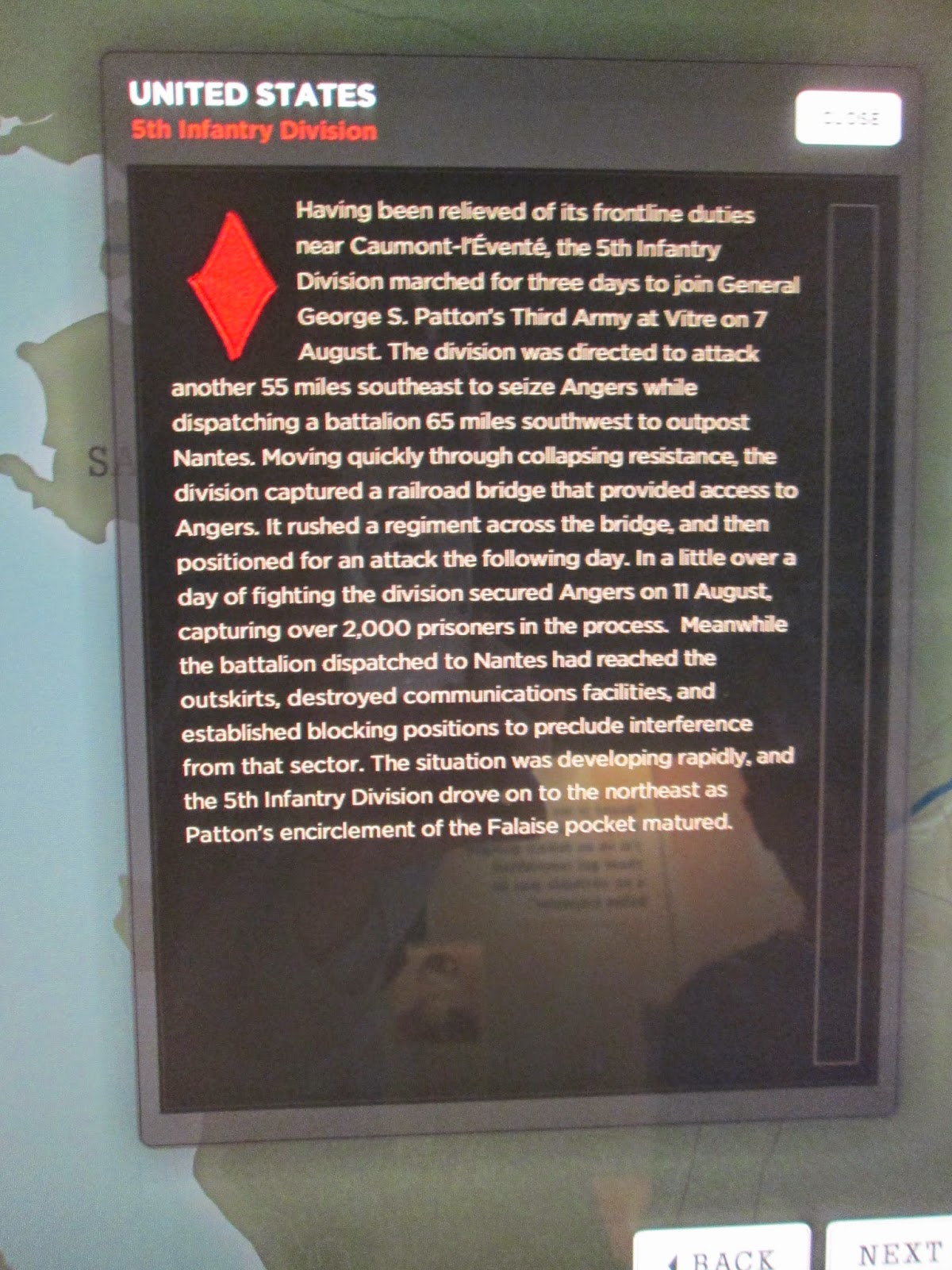 This quote inspired me to want to be a better parent to raise sons and daughters to be heroes in their character. 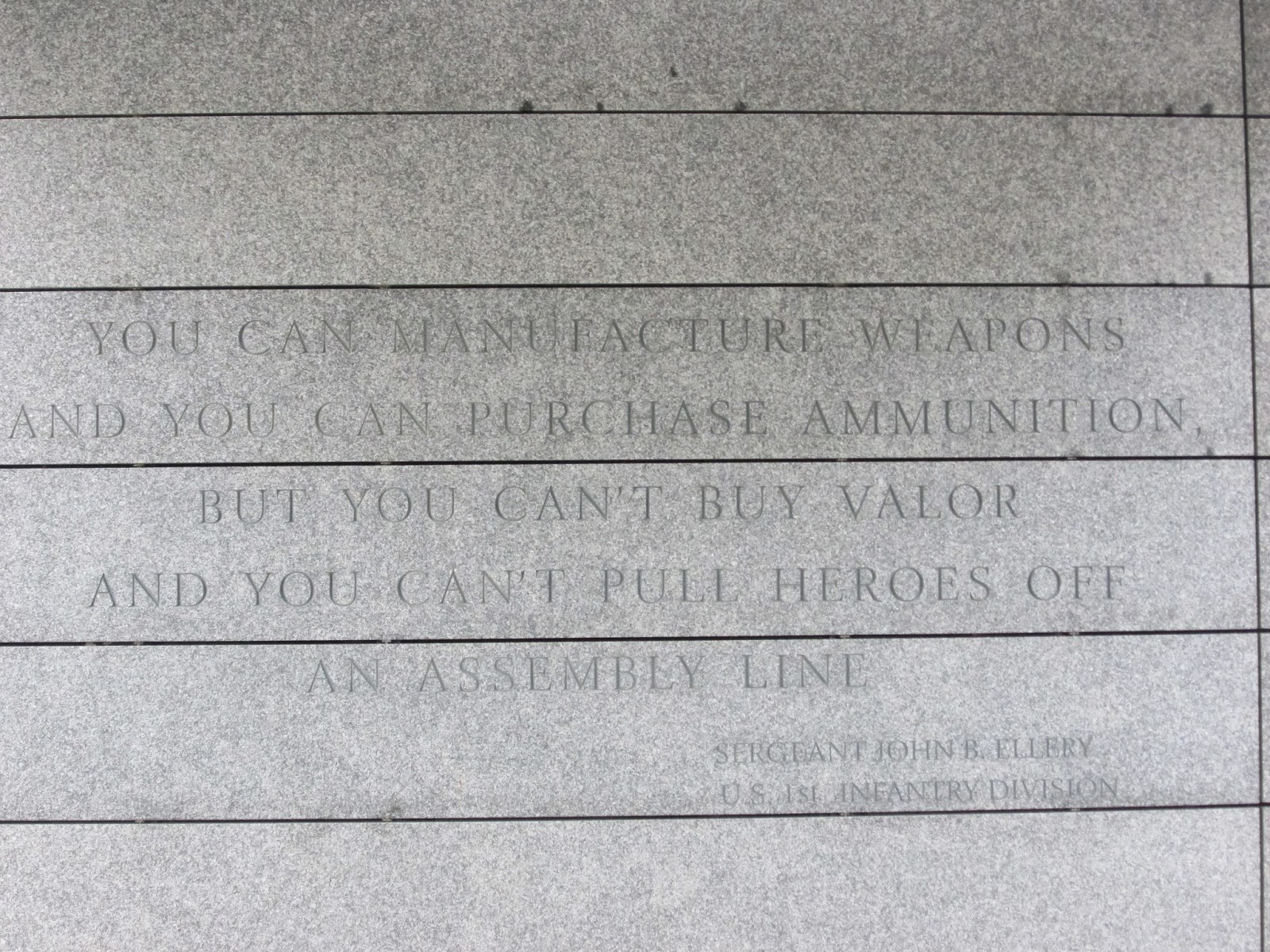 We went on a tour and learned about specific soldiers who were buried here.  Most of the soldiers buried here have never had any family member come to visit their resting place.
This was so sad to hear and made it all the more important to feel the need to come and honor these valiant young men and women. 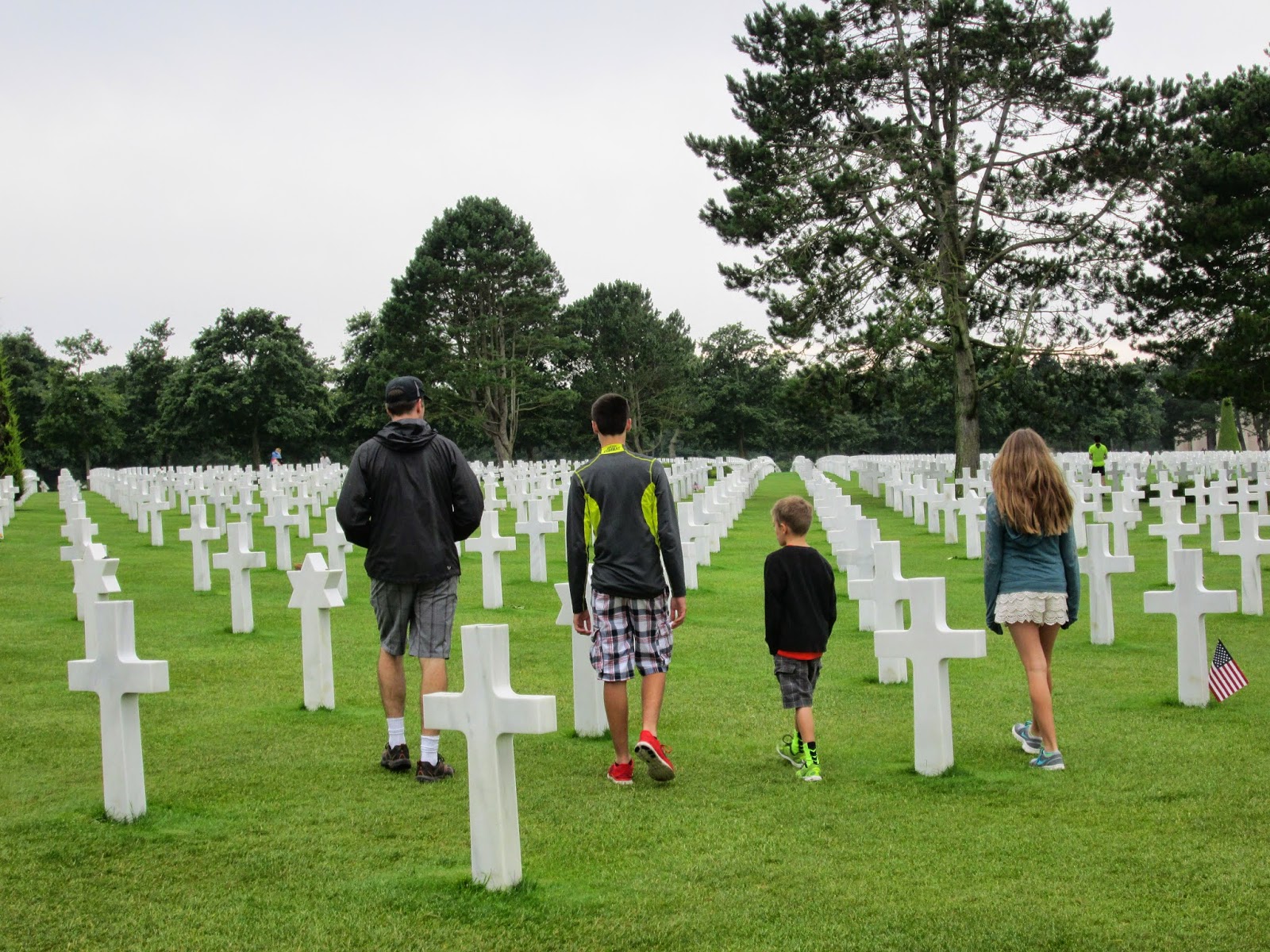 This is overlooking Omaha Beach. 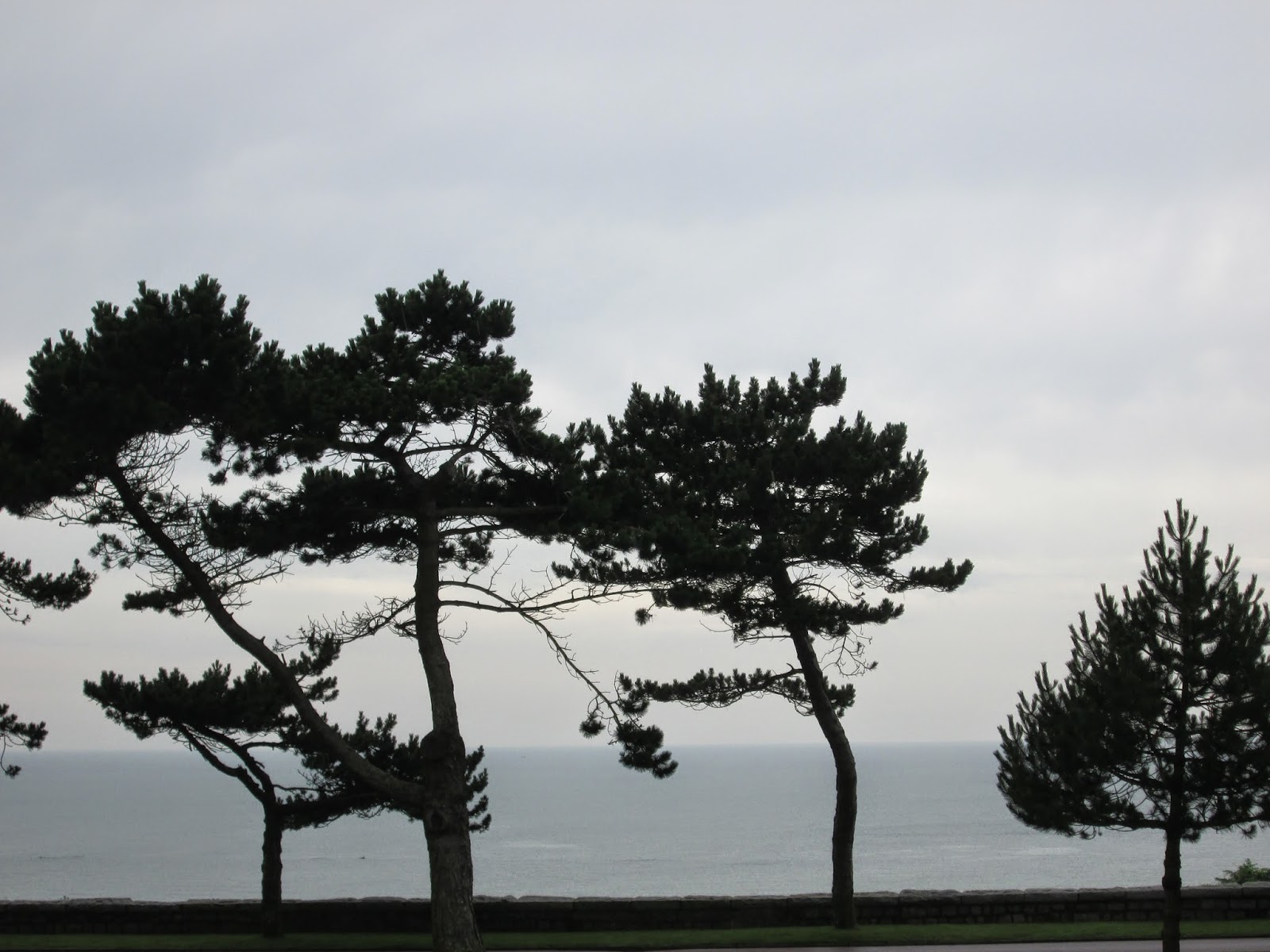 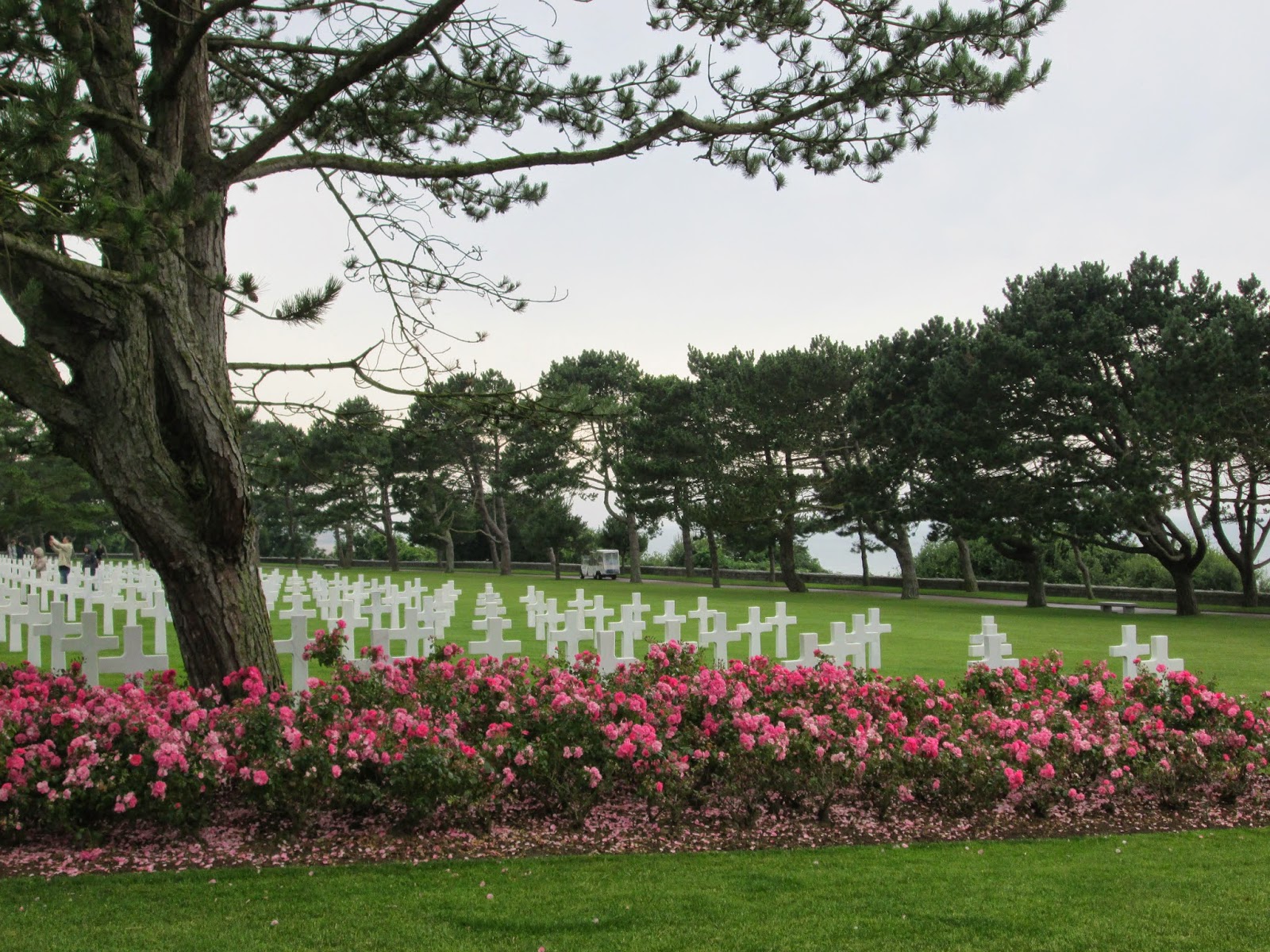 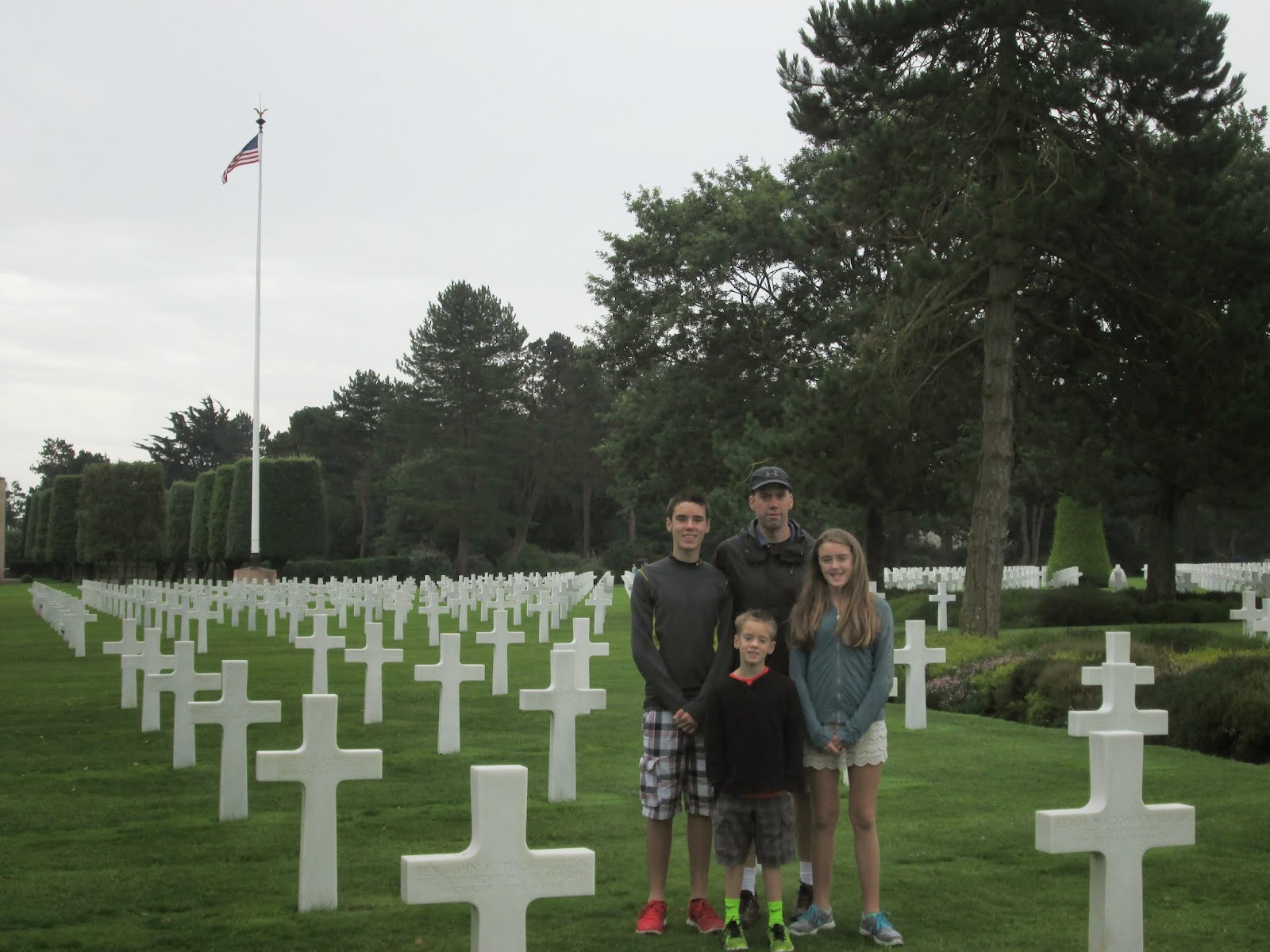 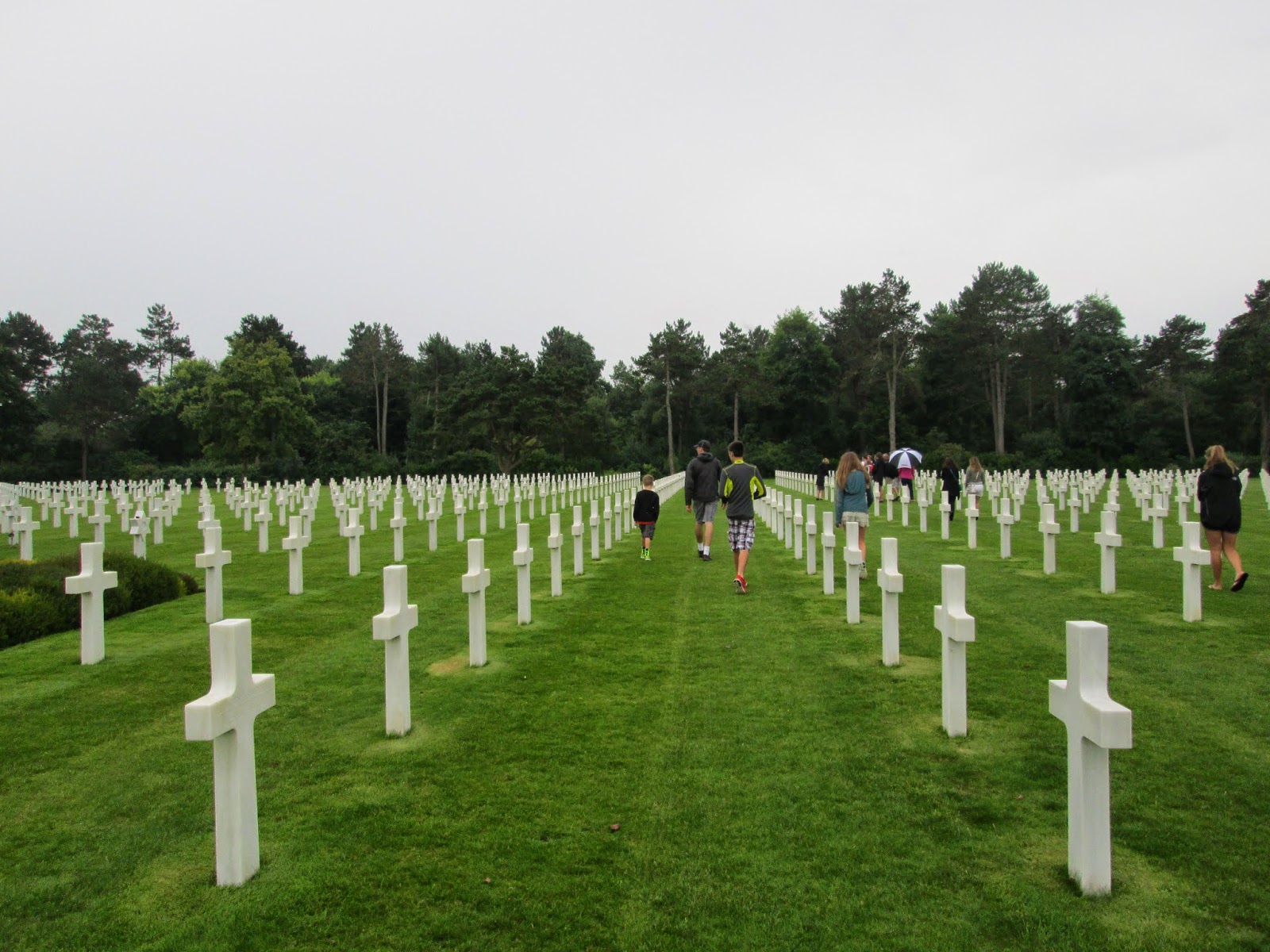 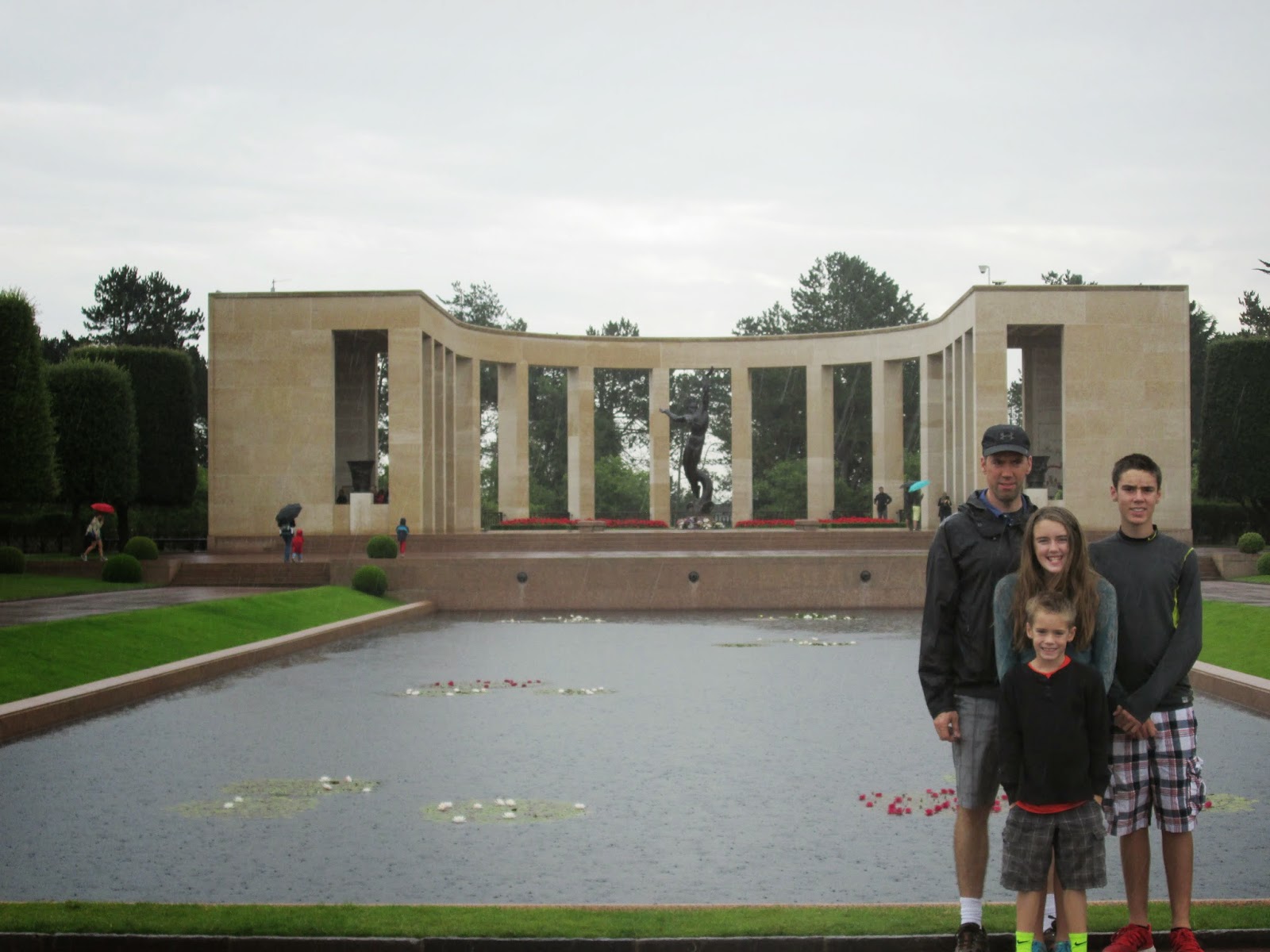 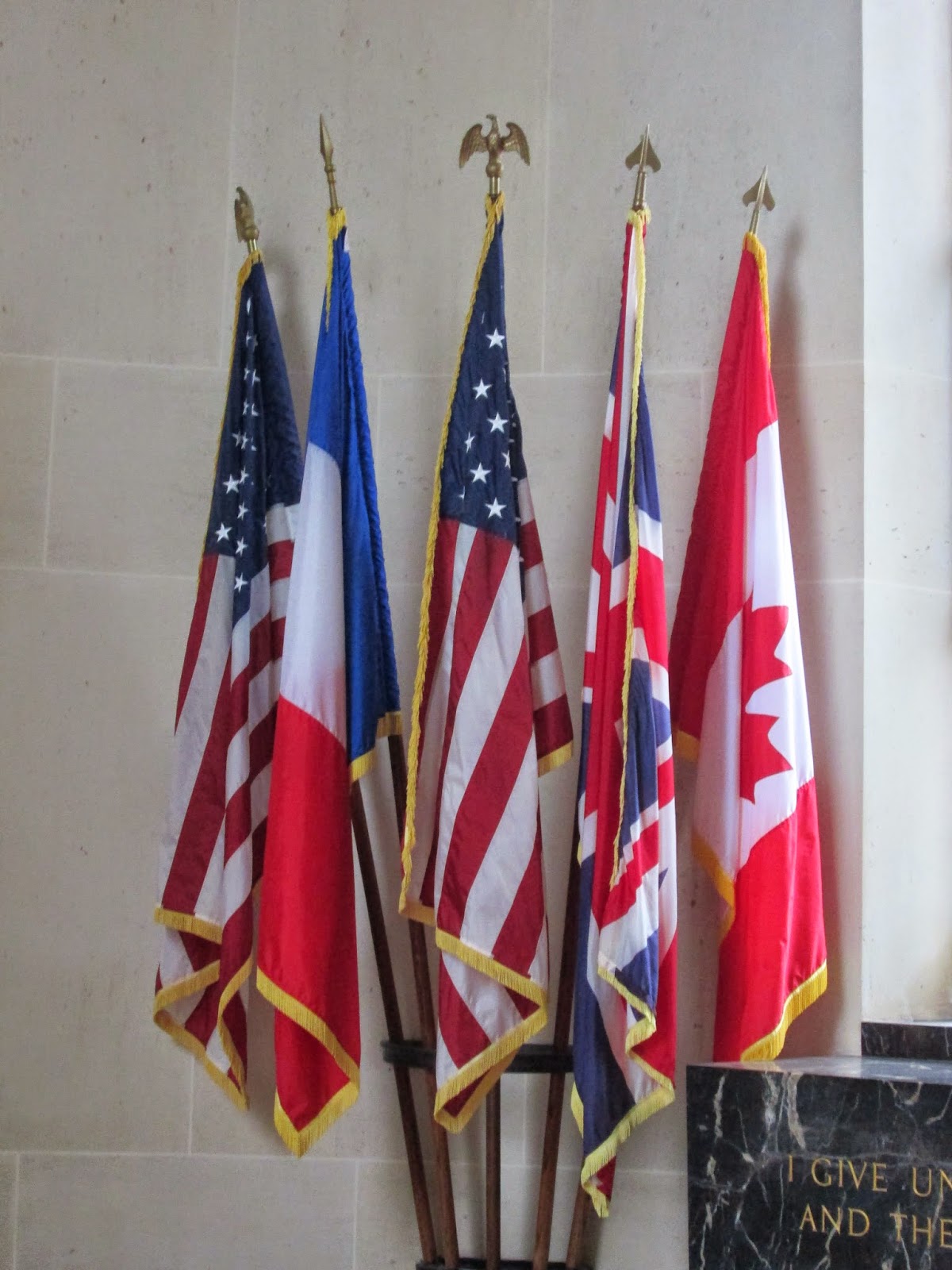 Inside the chapel, the mural has America blessing the soldiers going off to war. 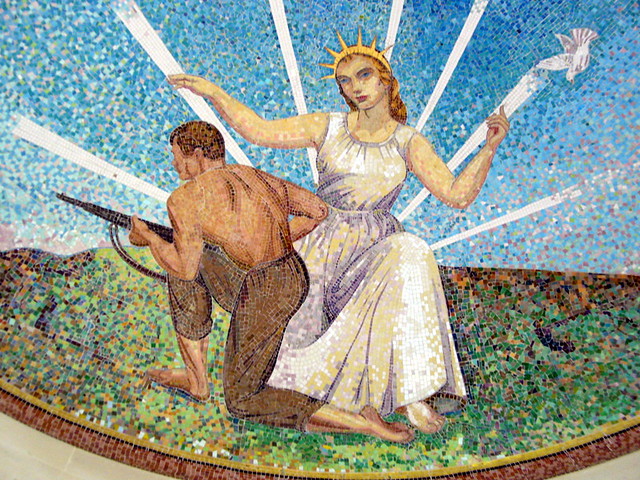 The other side shows France thanking the soldiers for giving their lives.  It was incredibly moving. 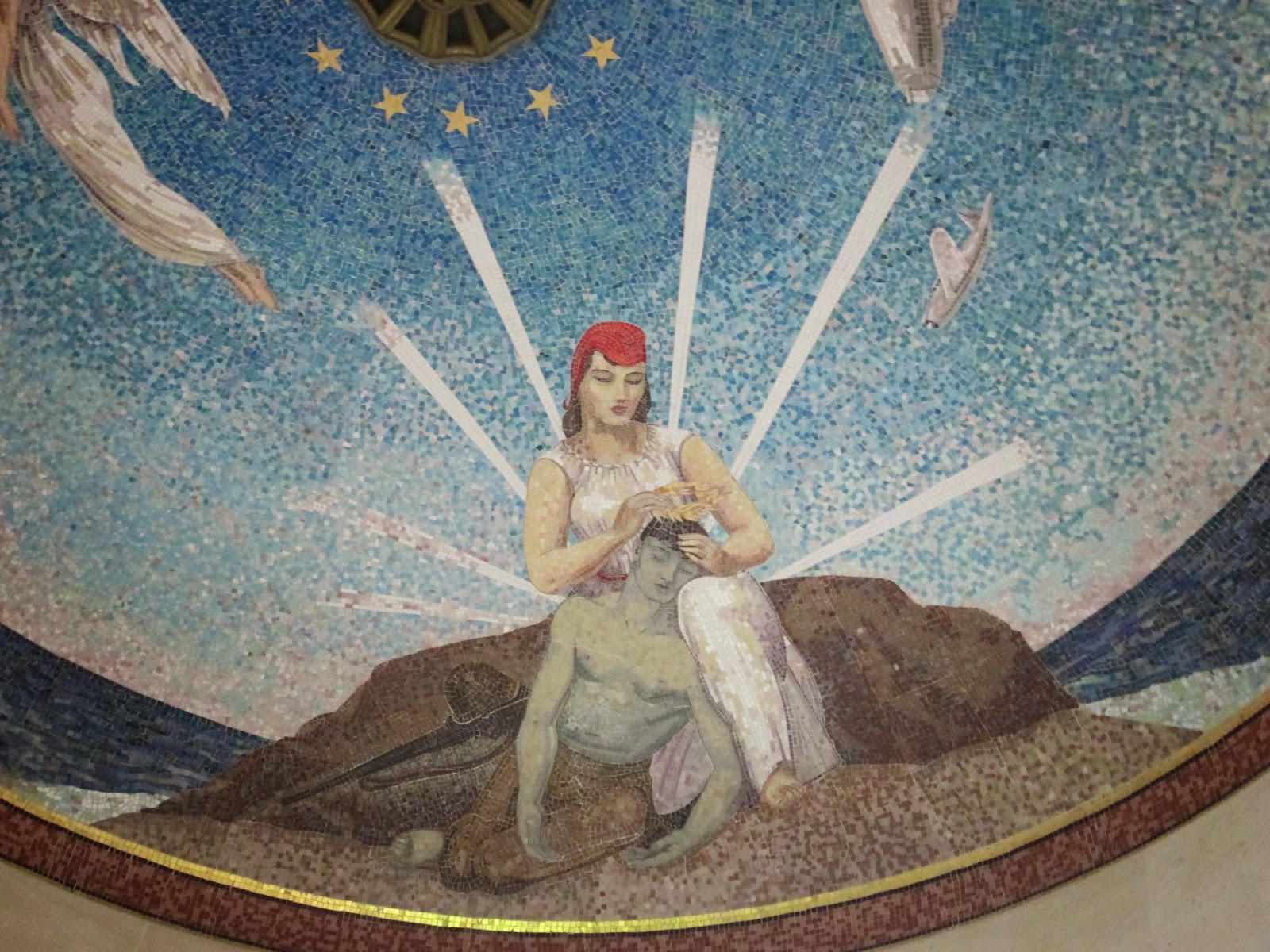 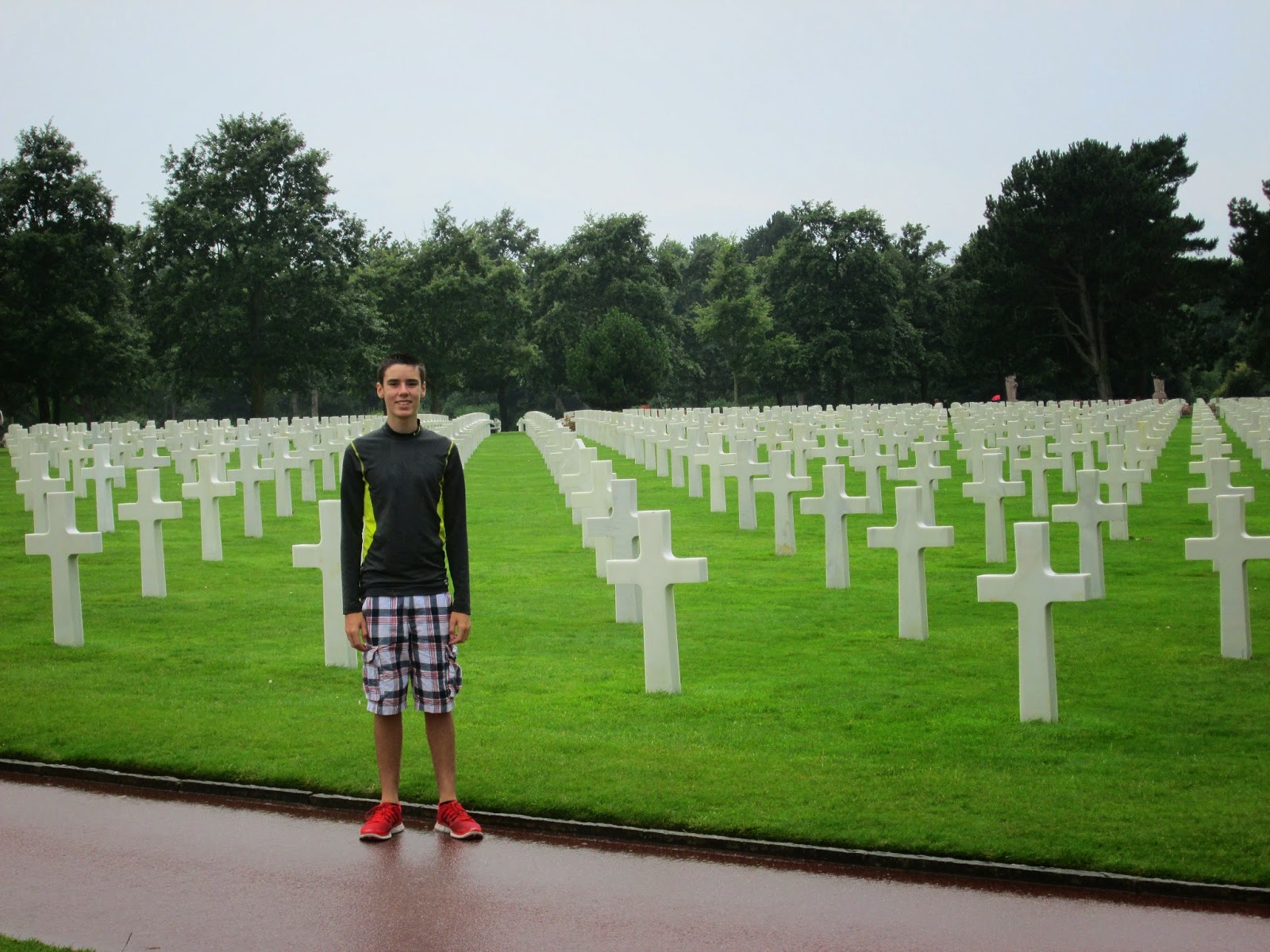 Steve had always wanted to visit Normandy.  He could have spent a week going to all the beaches and historical sites. 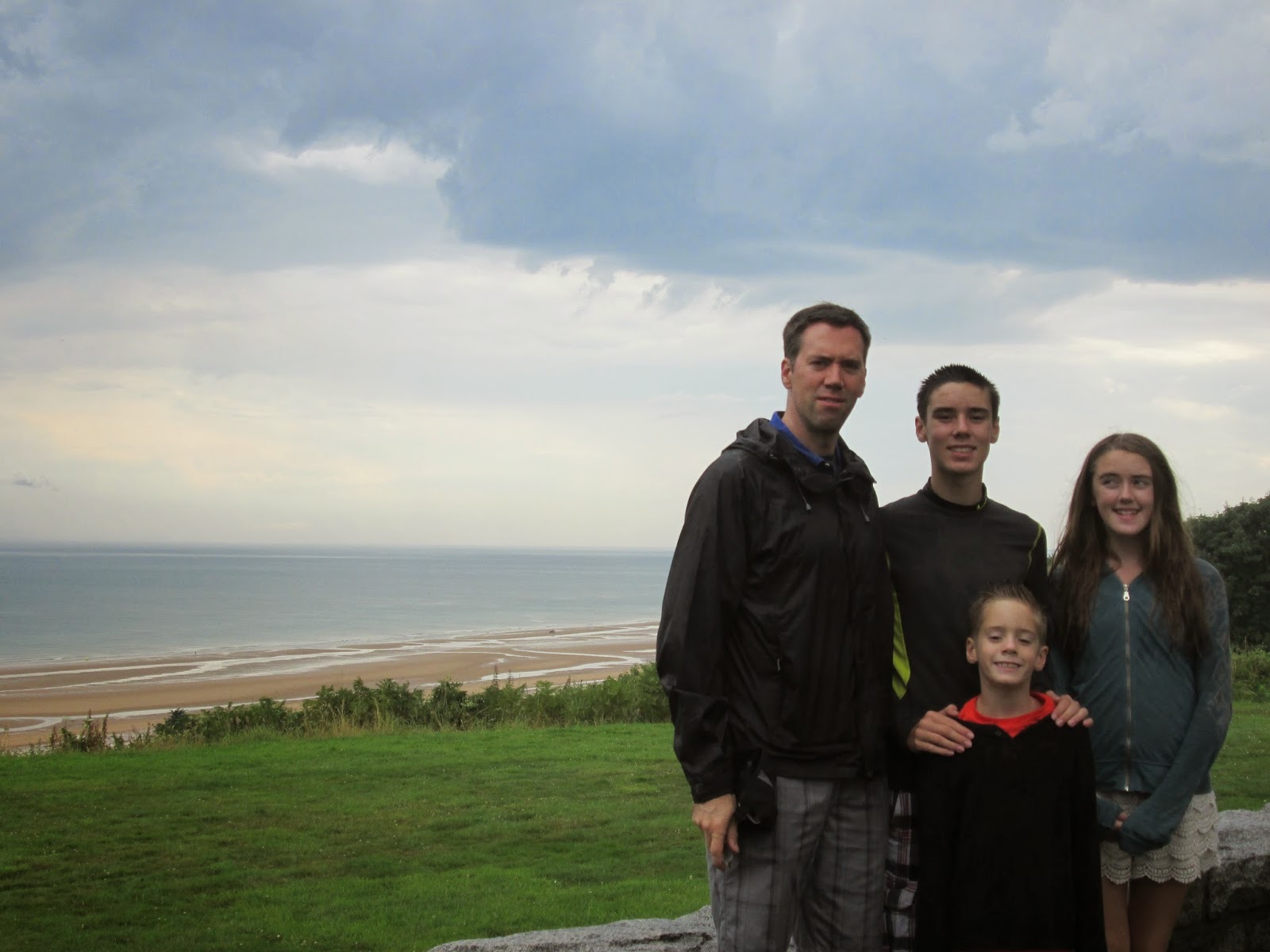 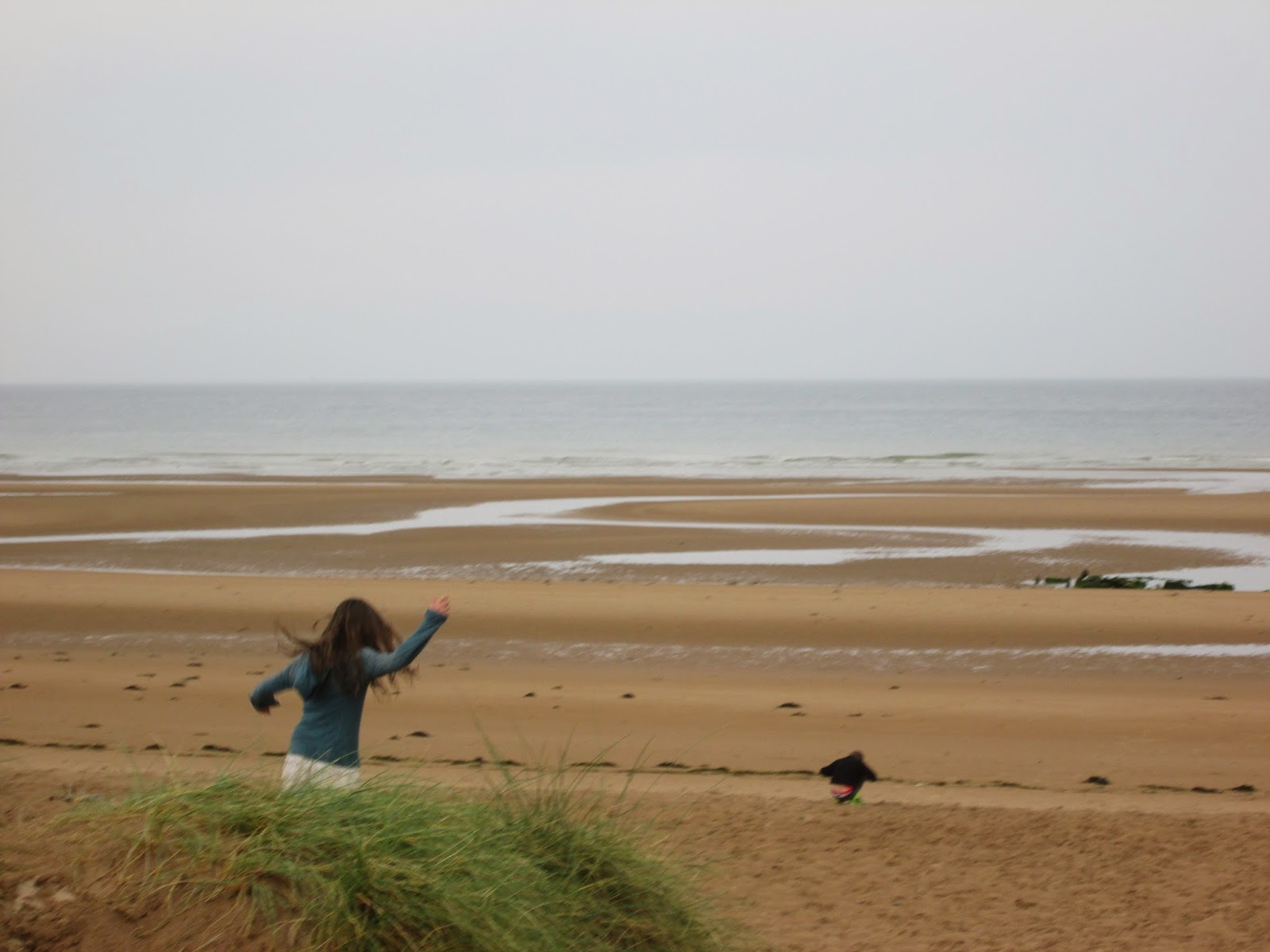 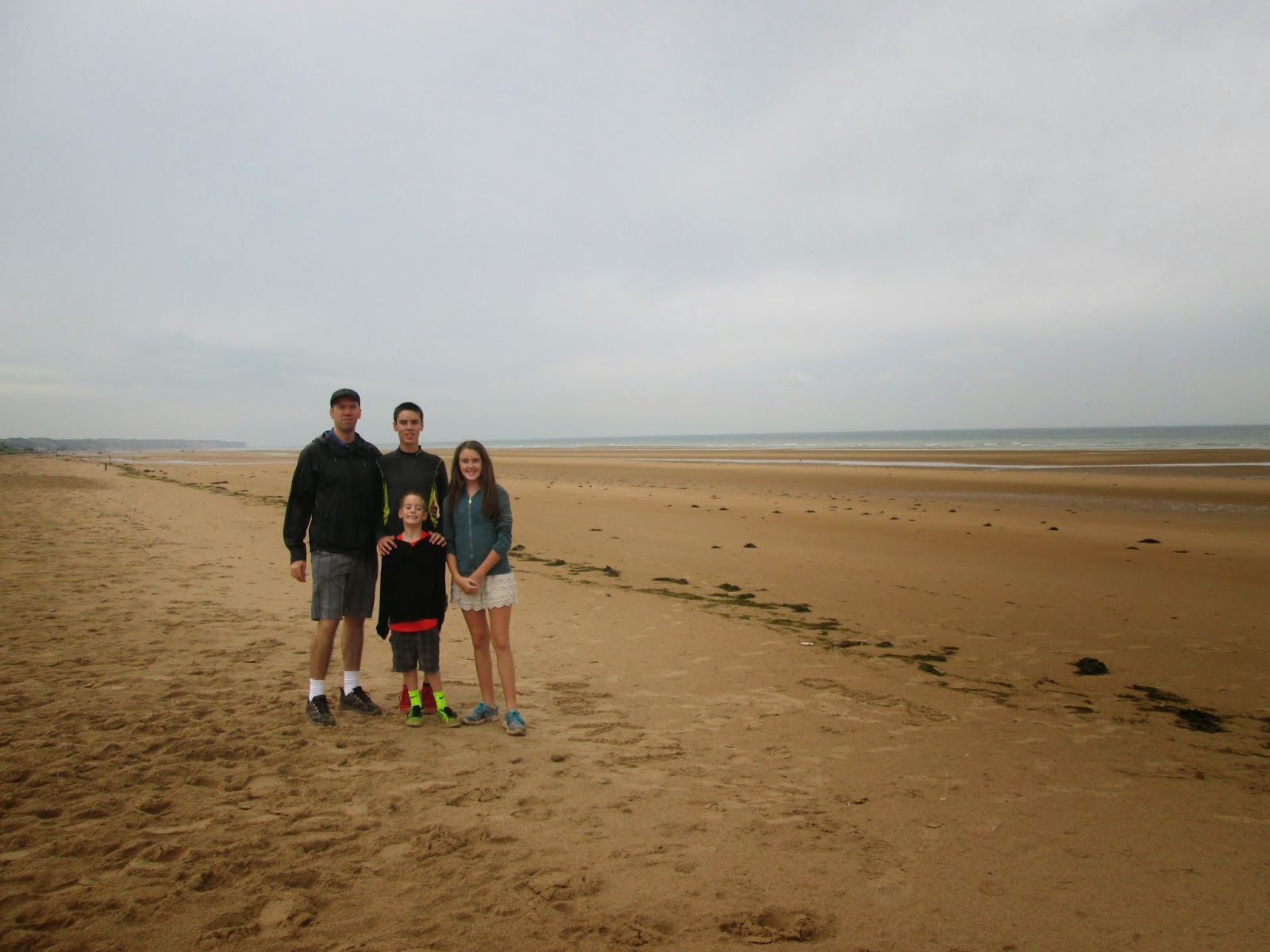 We went into some of the barracks. 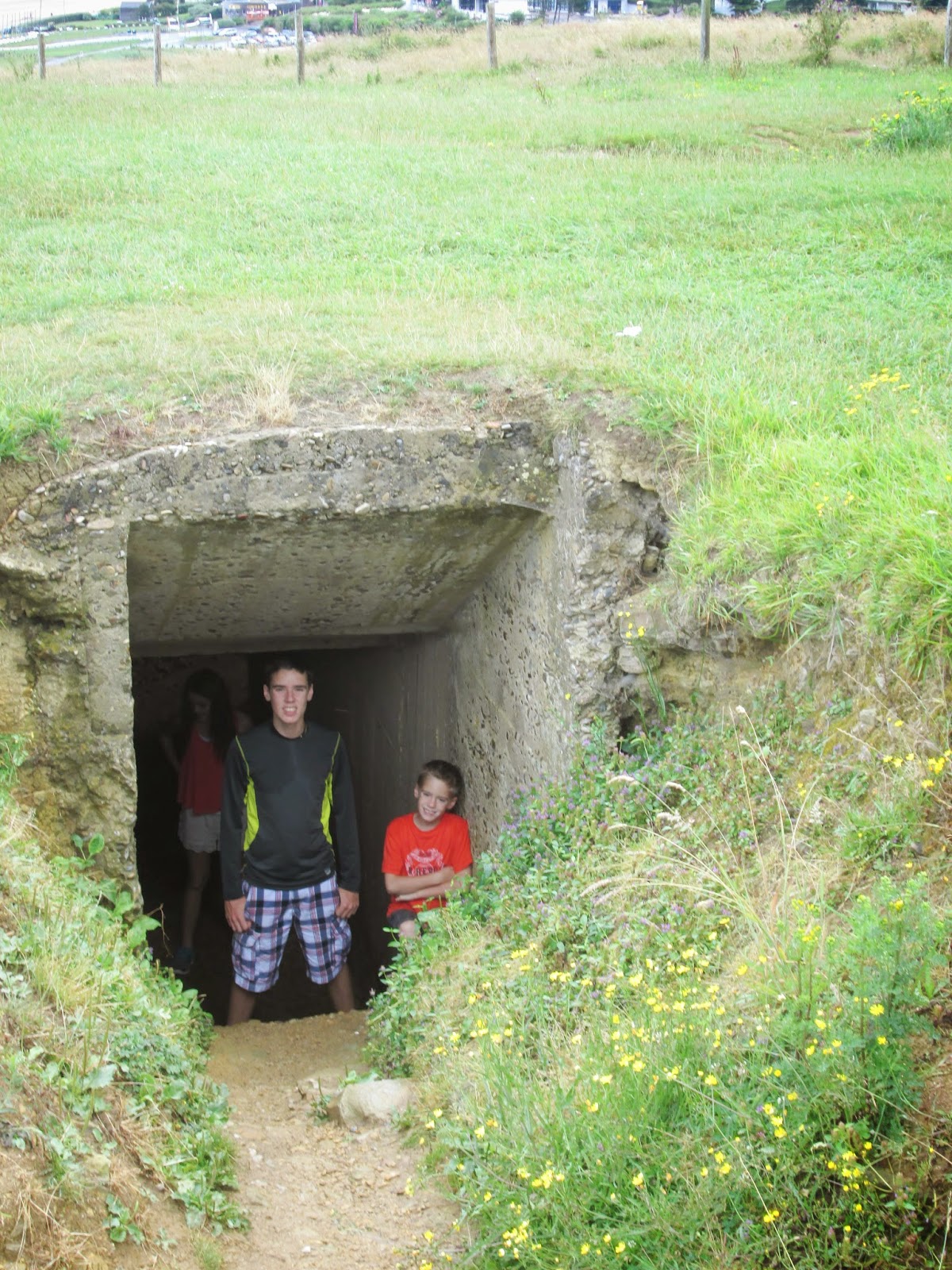 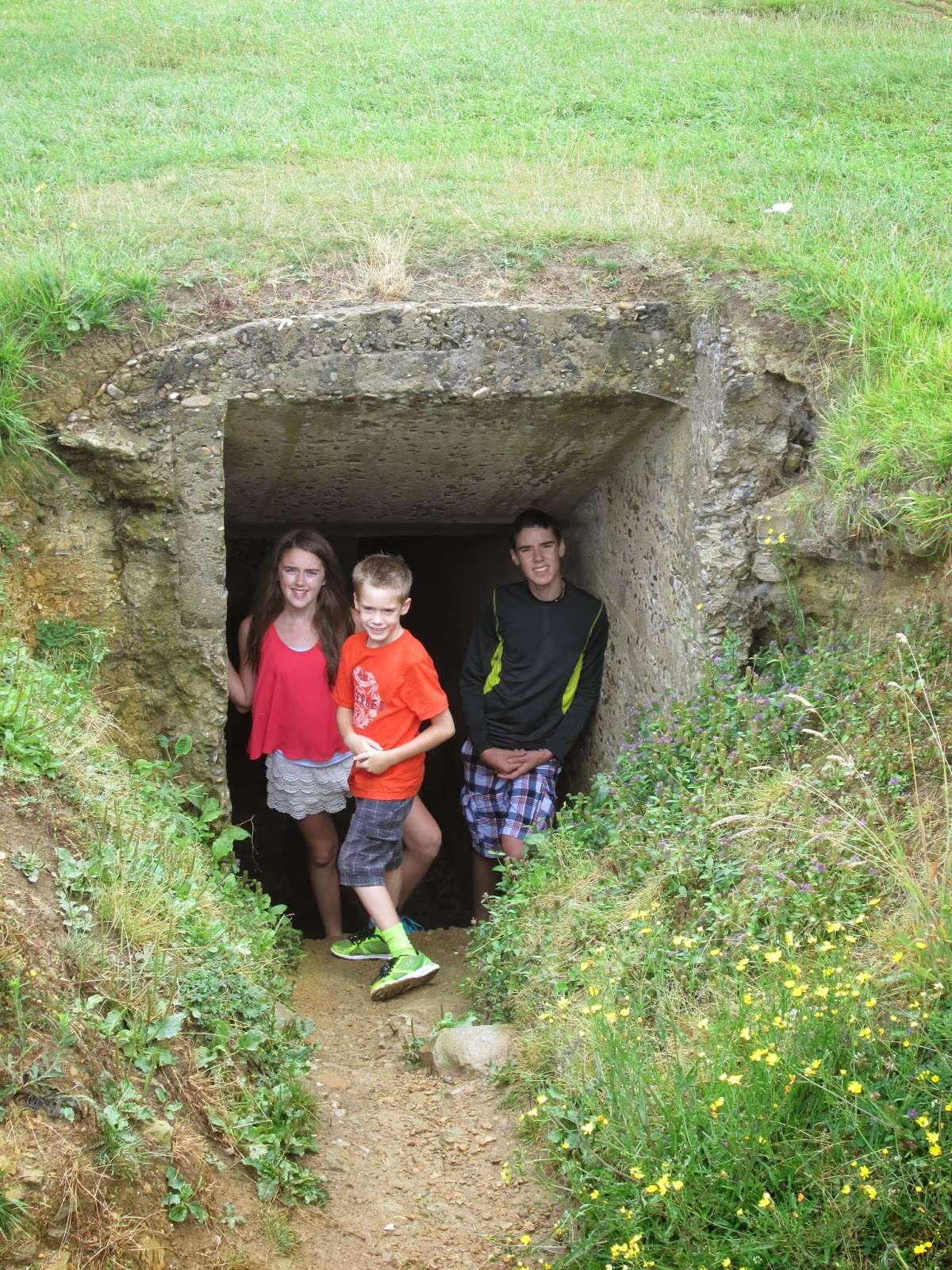 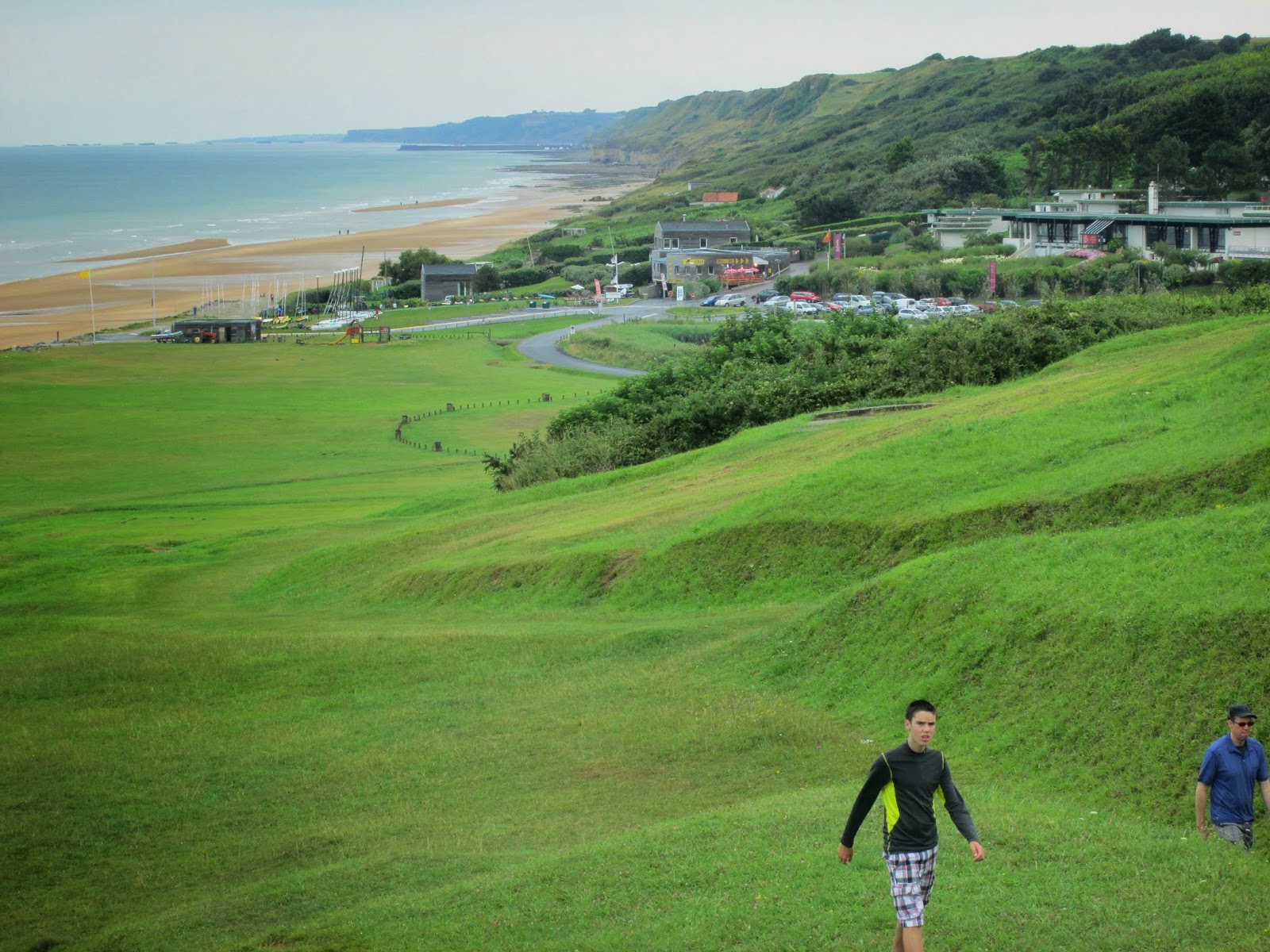 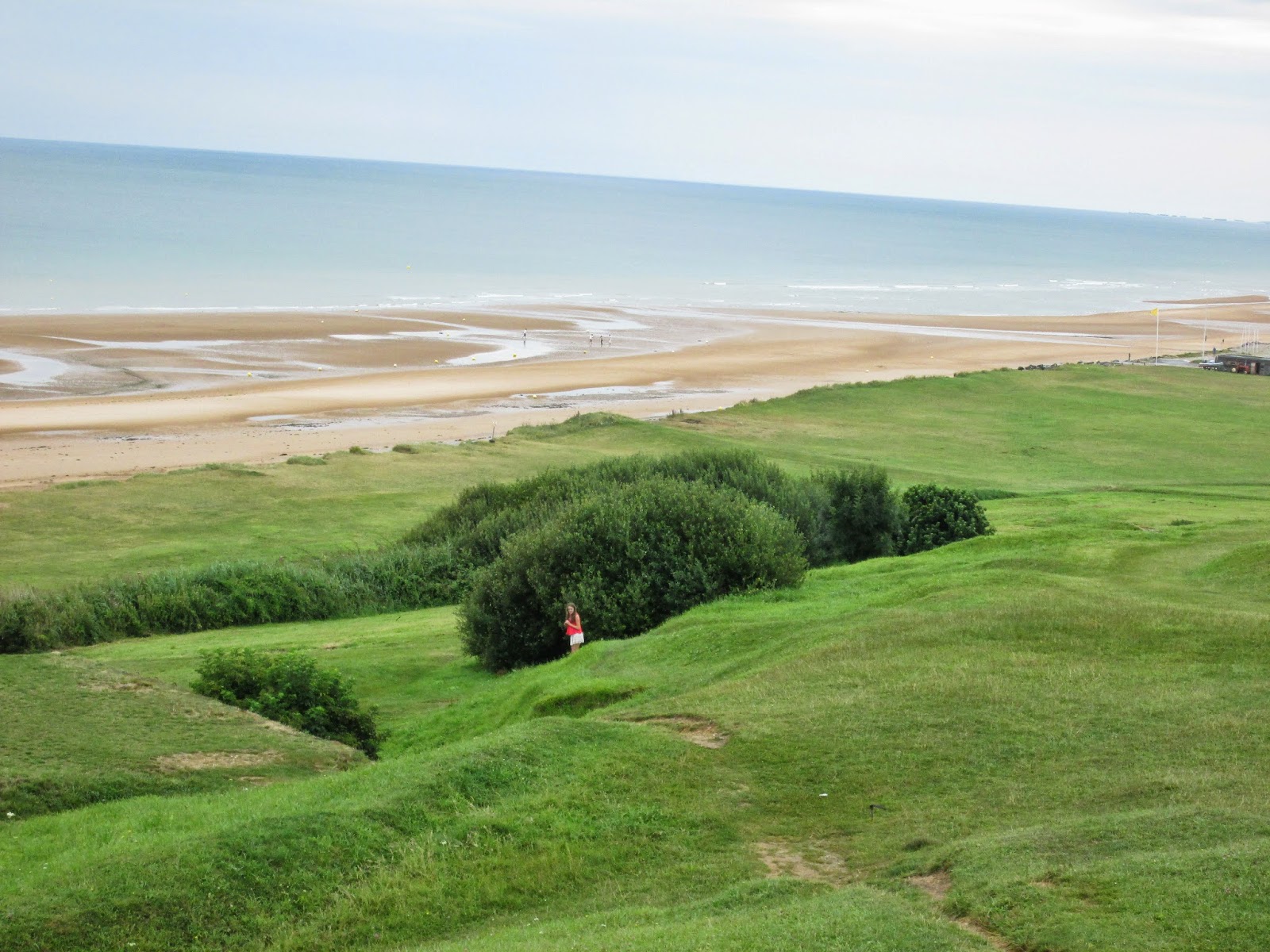 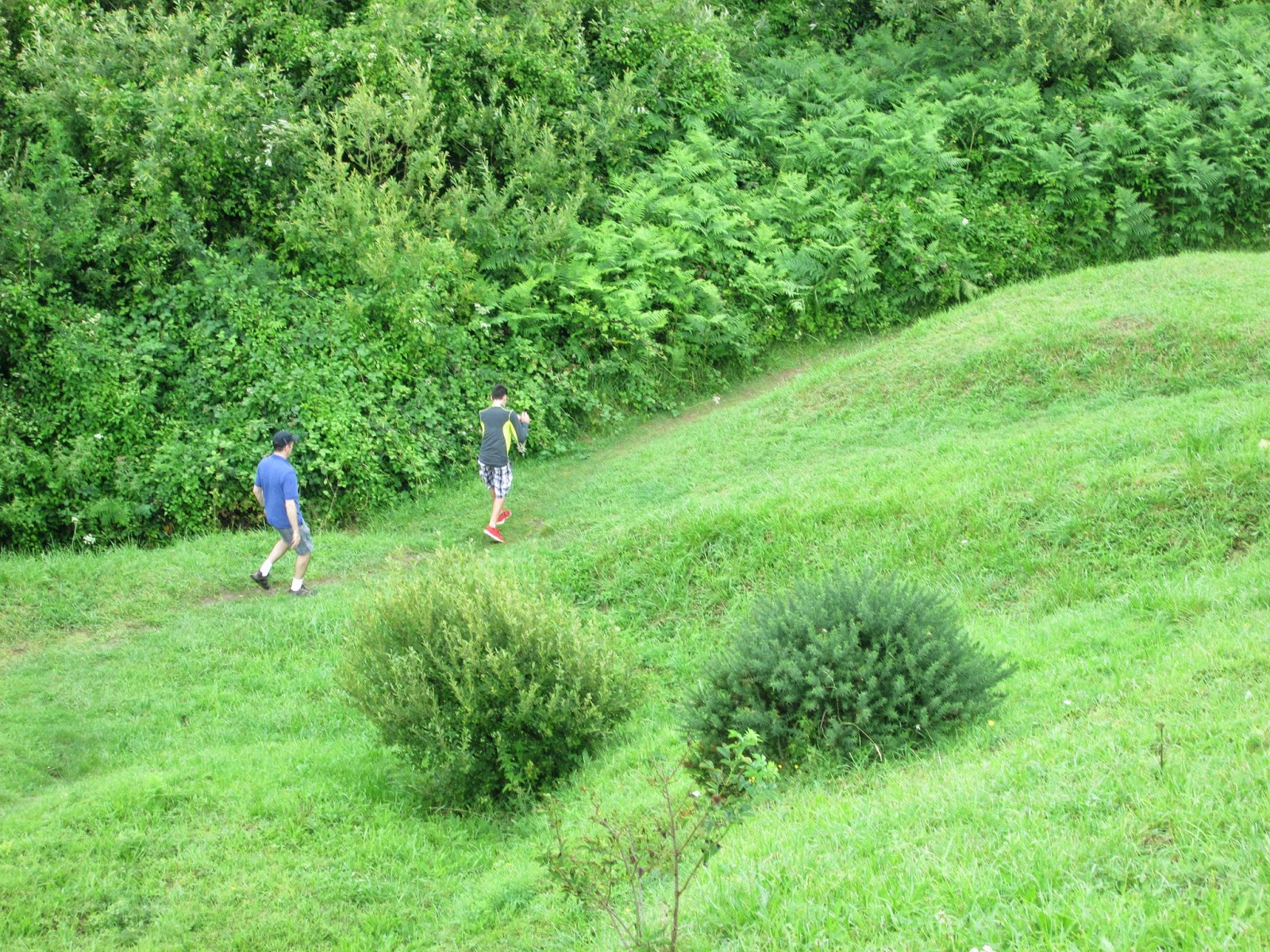 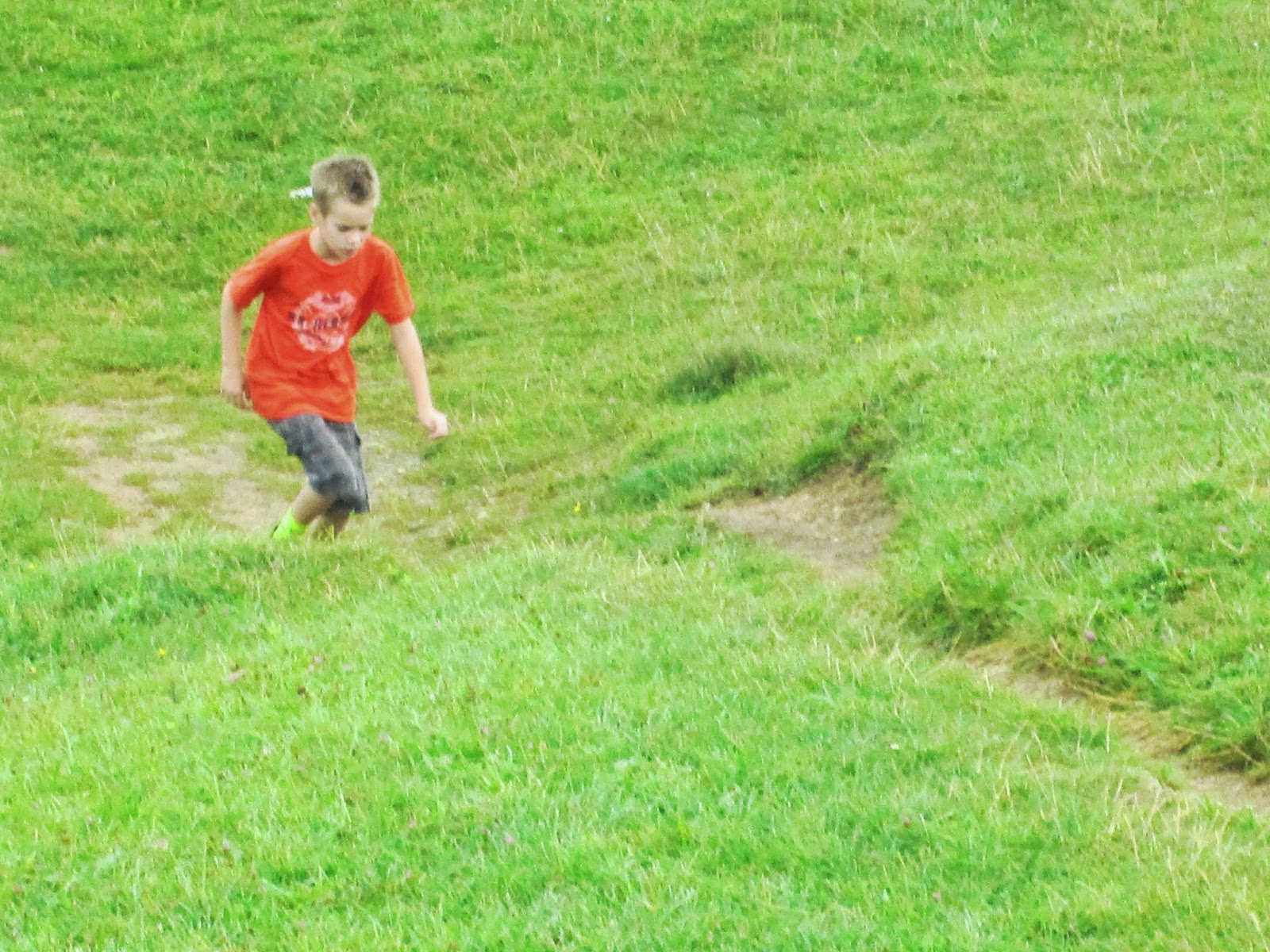 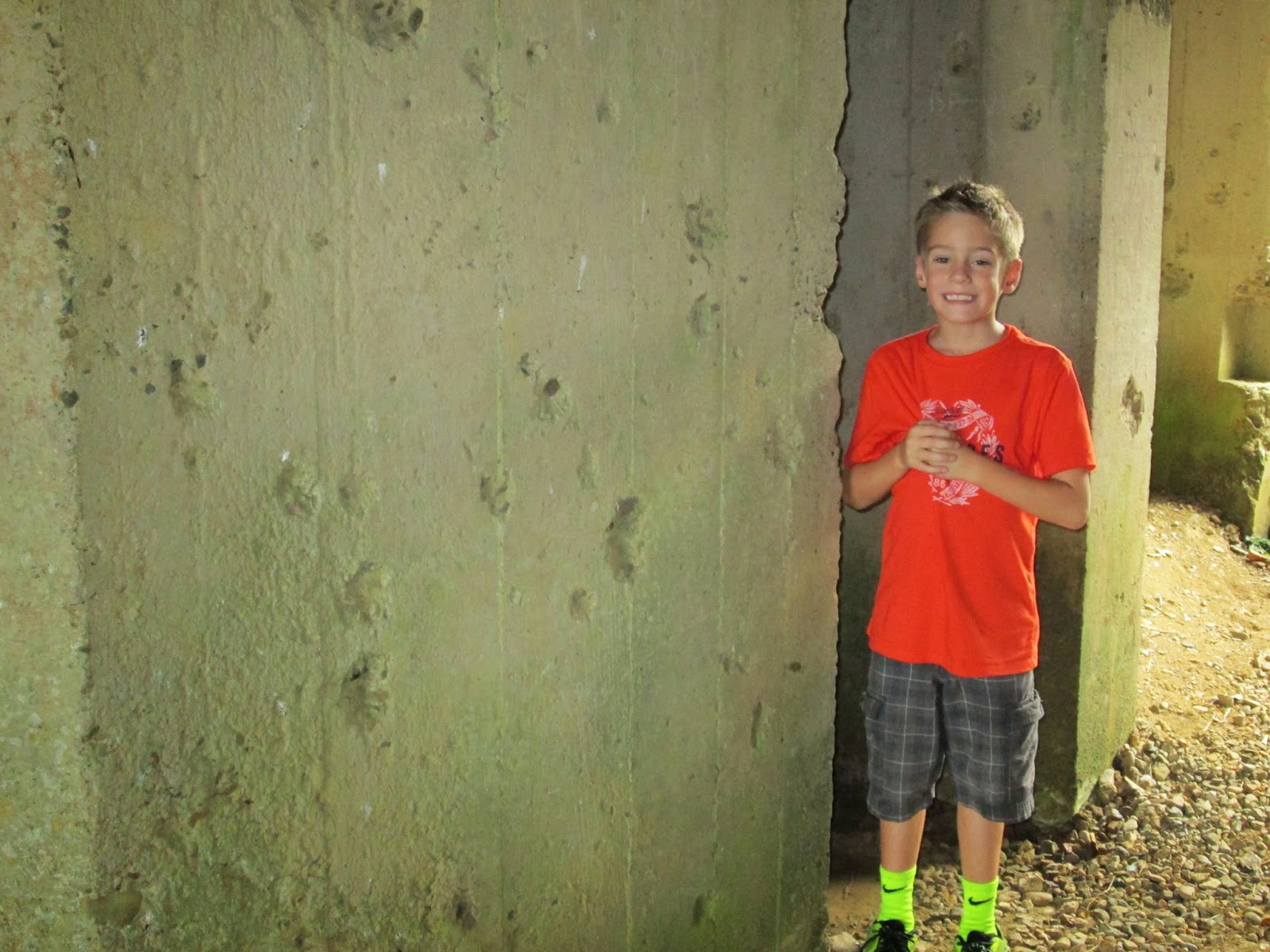 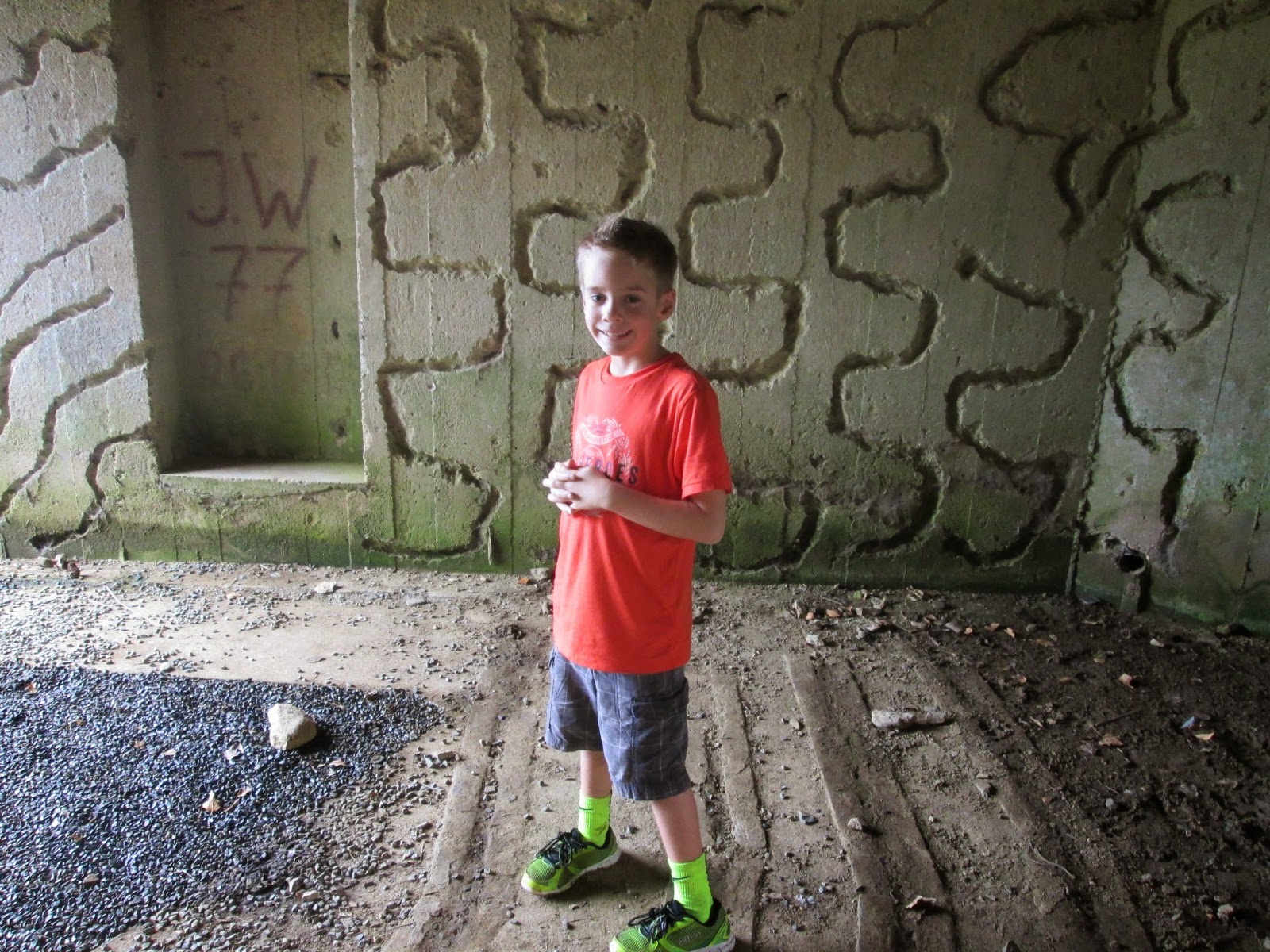