Kensington Palace and a Royal Sighting

After eating a traditional English breakfast, we walked through  Notting Hill to Kensington Palace.  This restaurant is covered in flowers.  Pretty amazing. 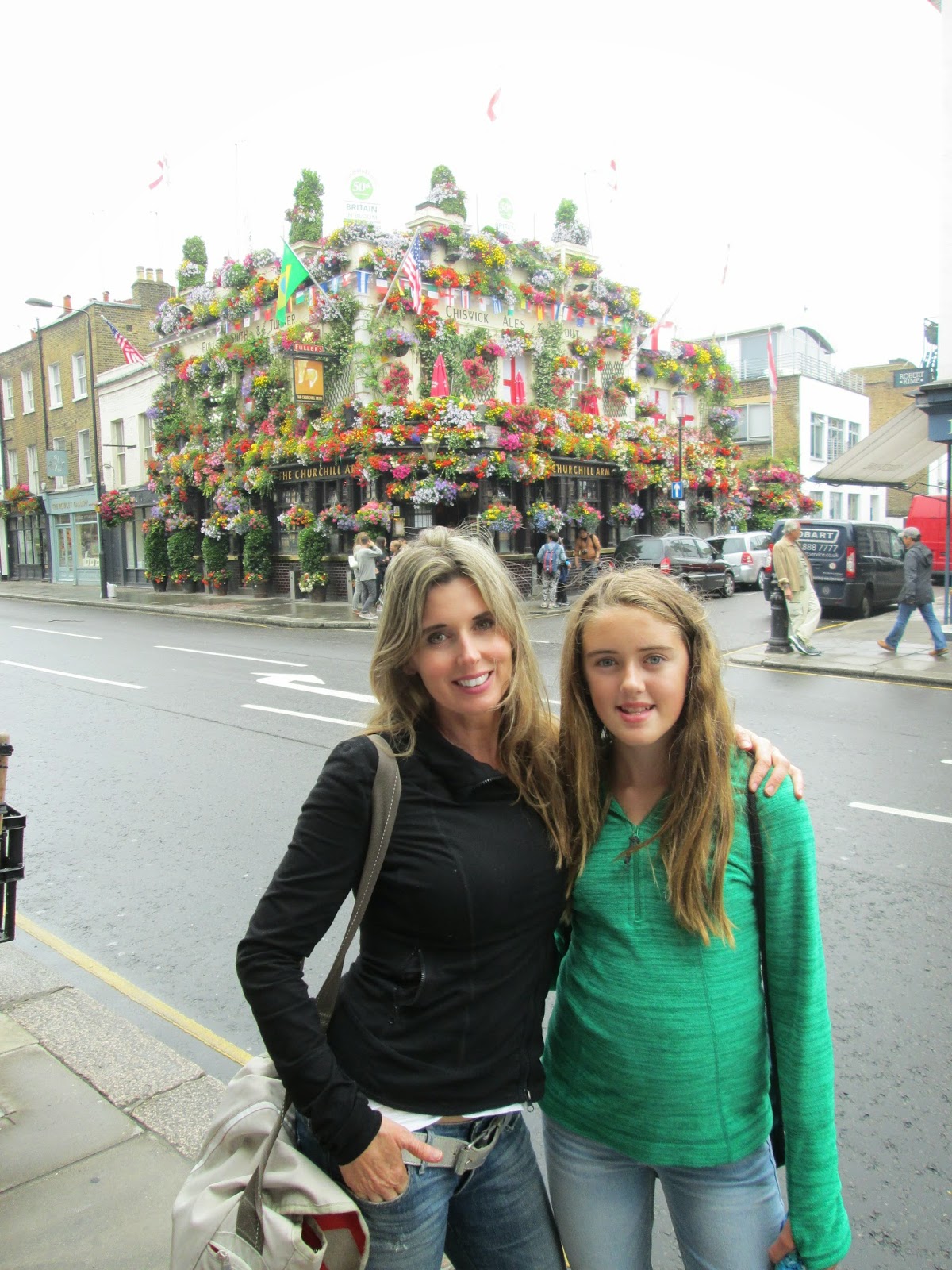 They had a special display of the royal dresses.  I felt that they did not have the most beautiful dresses of Diana. 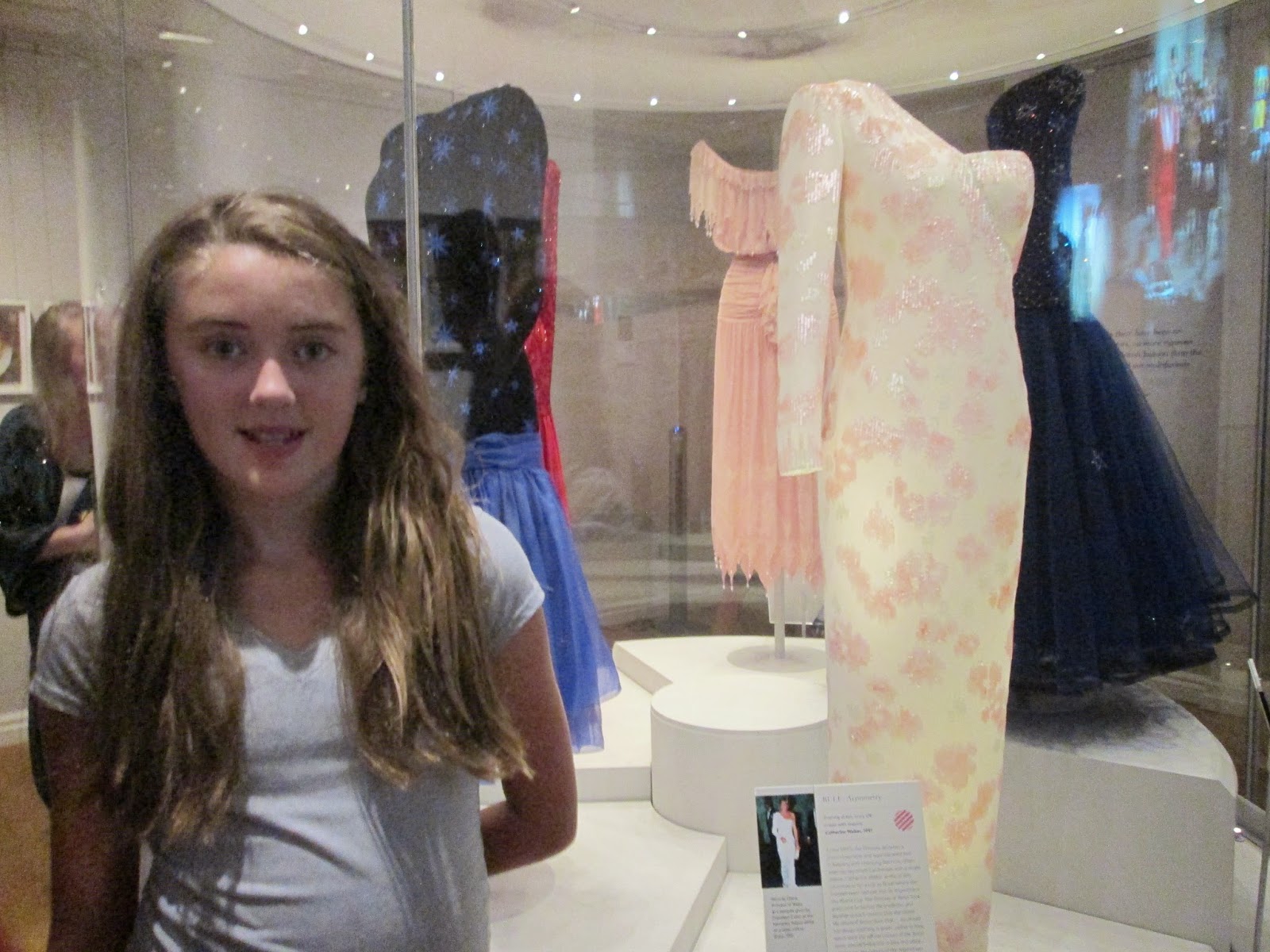 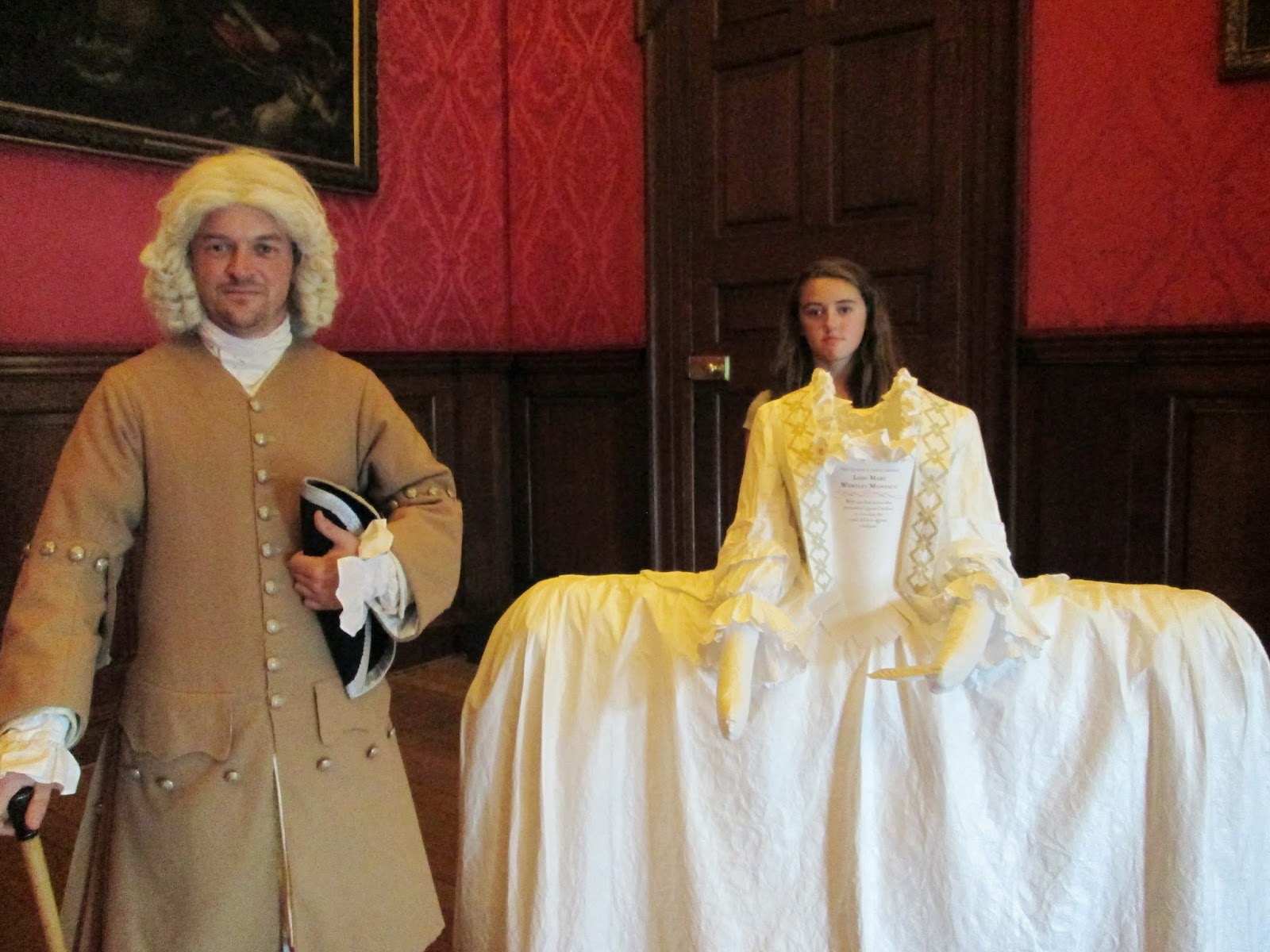 Chelsea was chosen to be part of a reenactment of the Queen getting dressed. 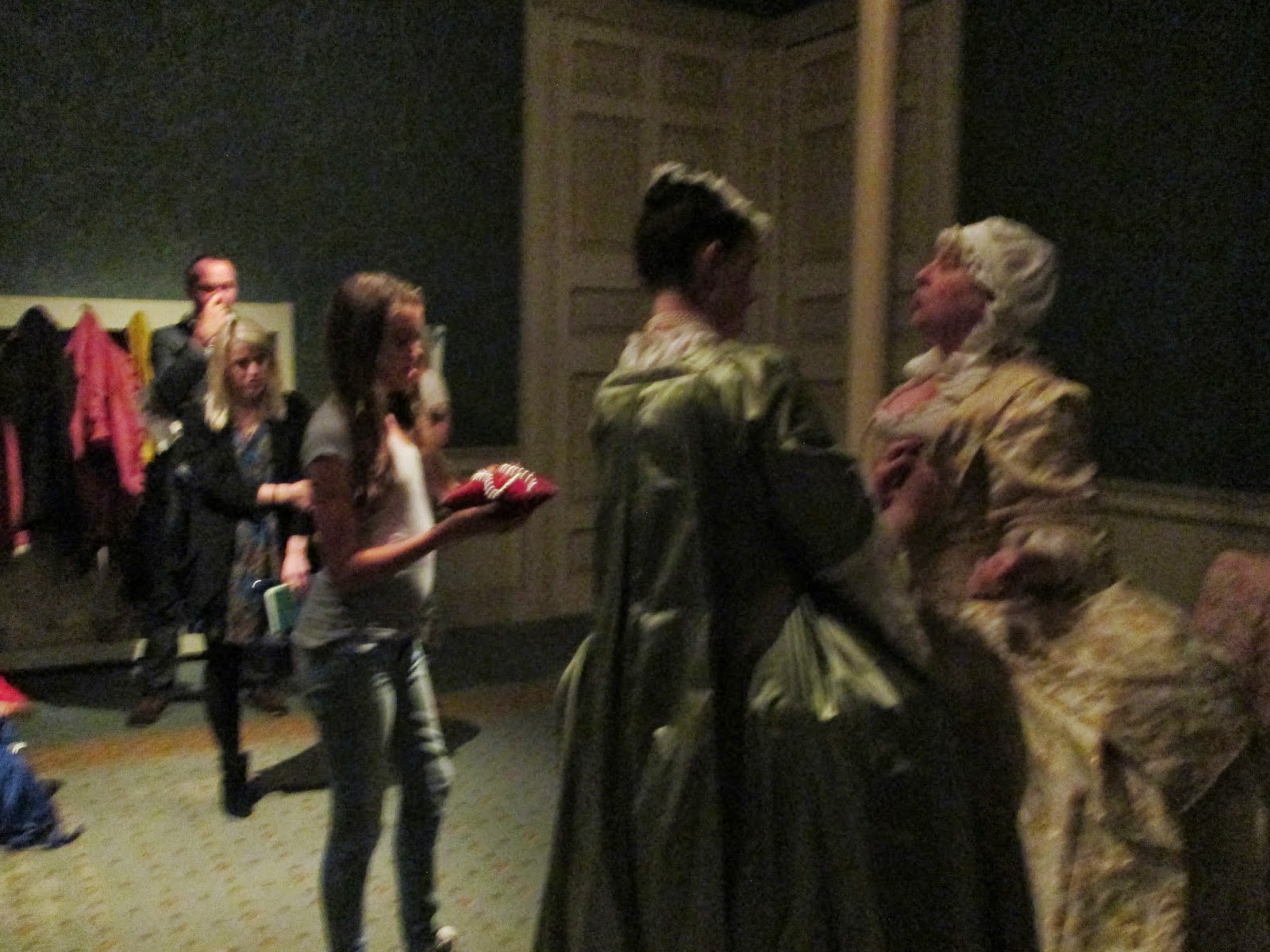 The actors were so funny and entertaining. 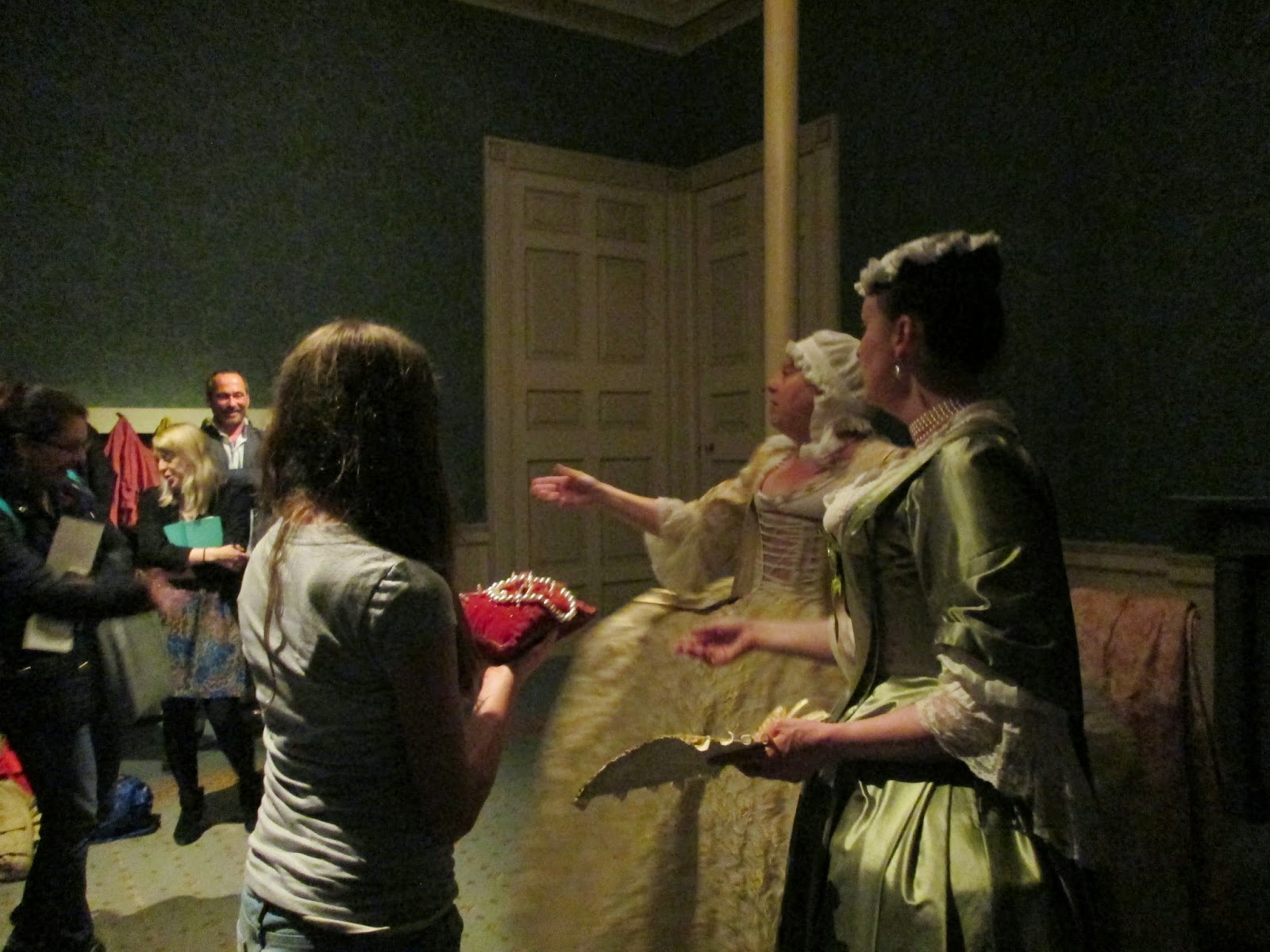 We then went outside and played in the Princess Diana Memorial Playground. 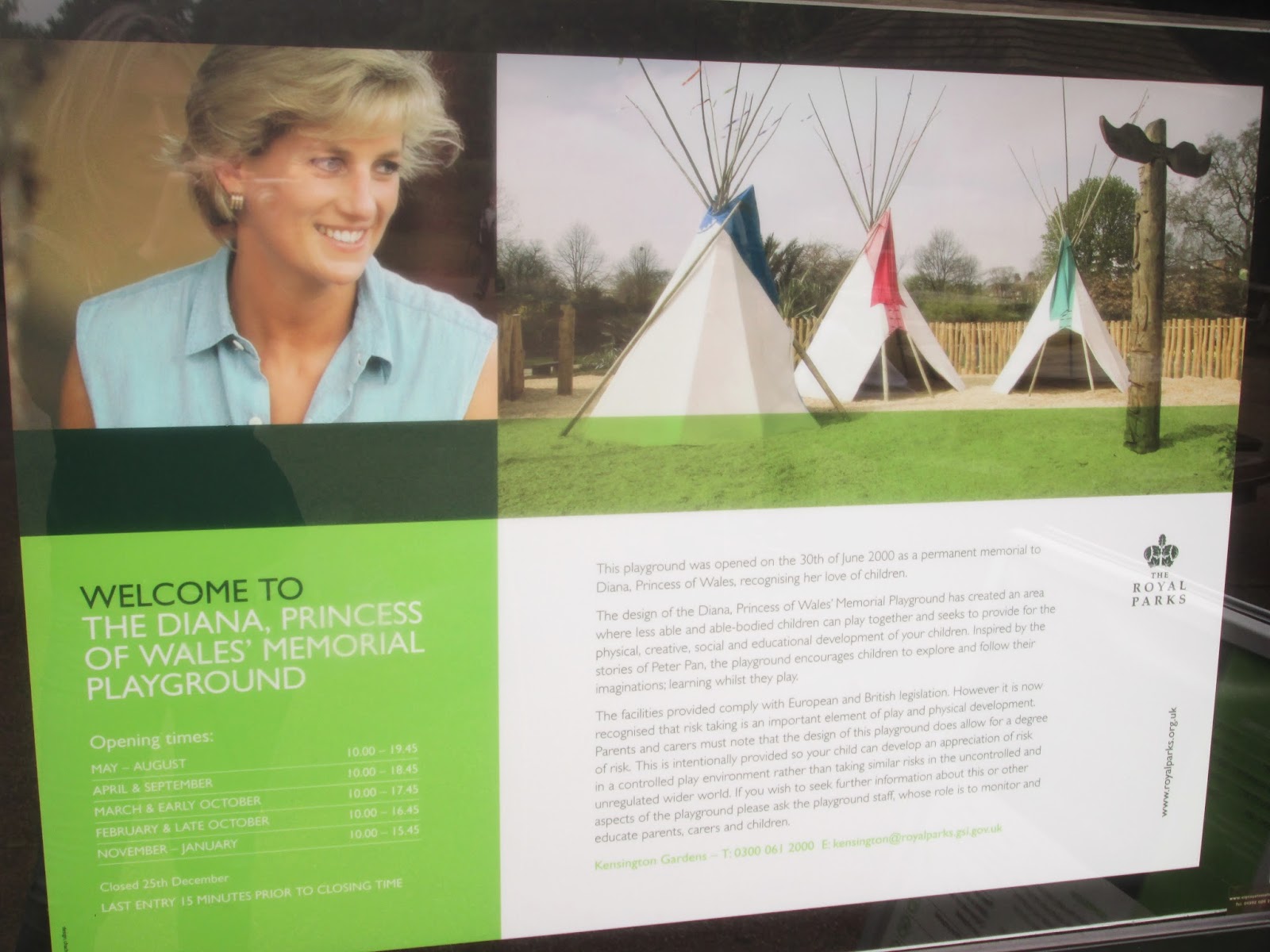 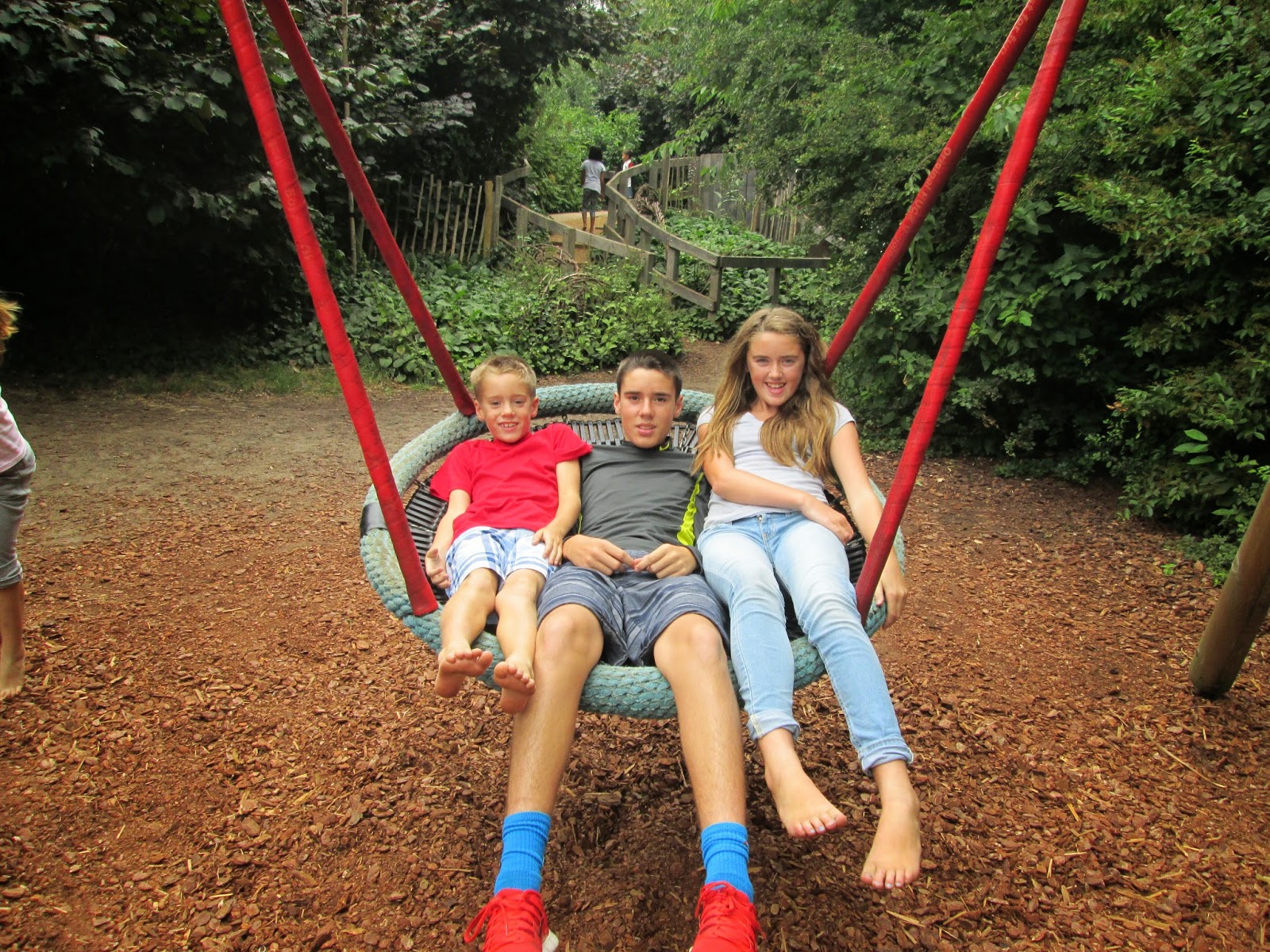 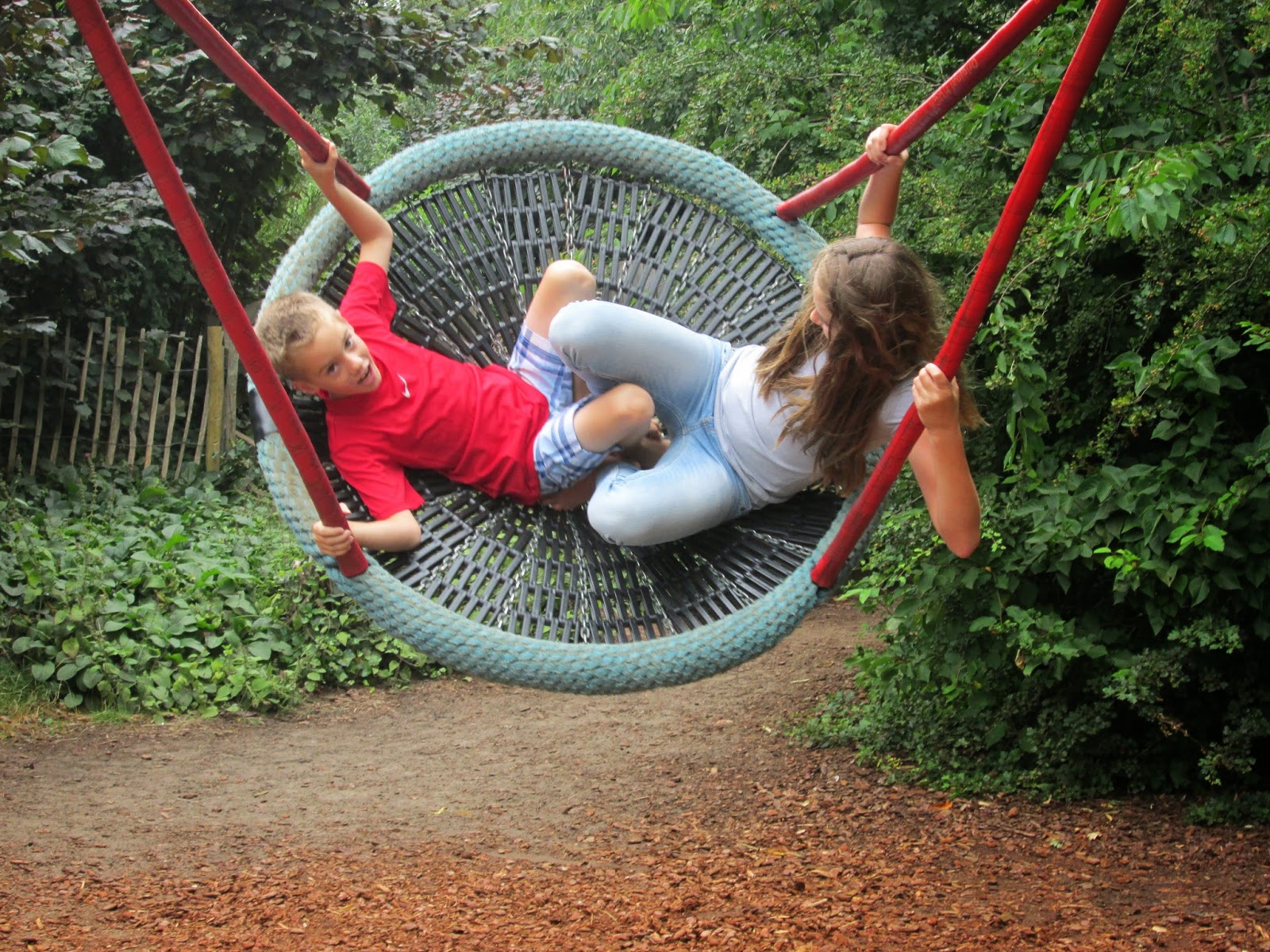 As the kids were playing, I heard a helicopter in very close proximity. 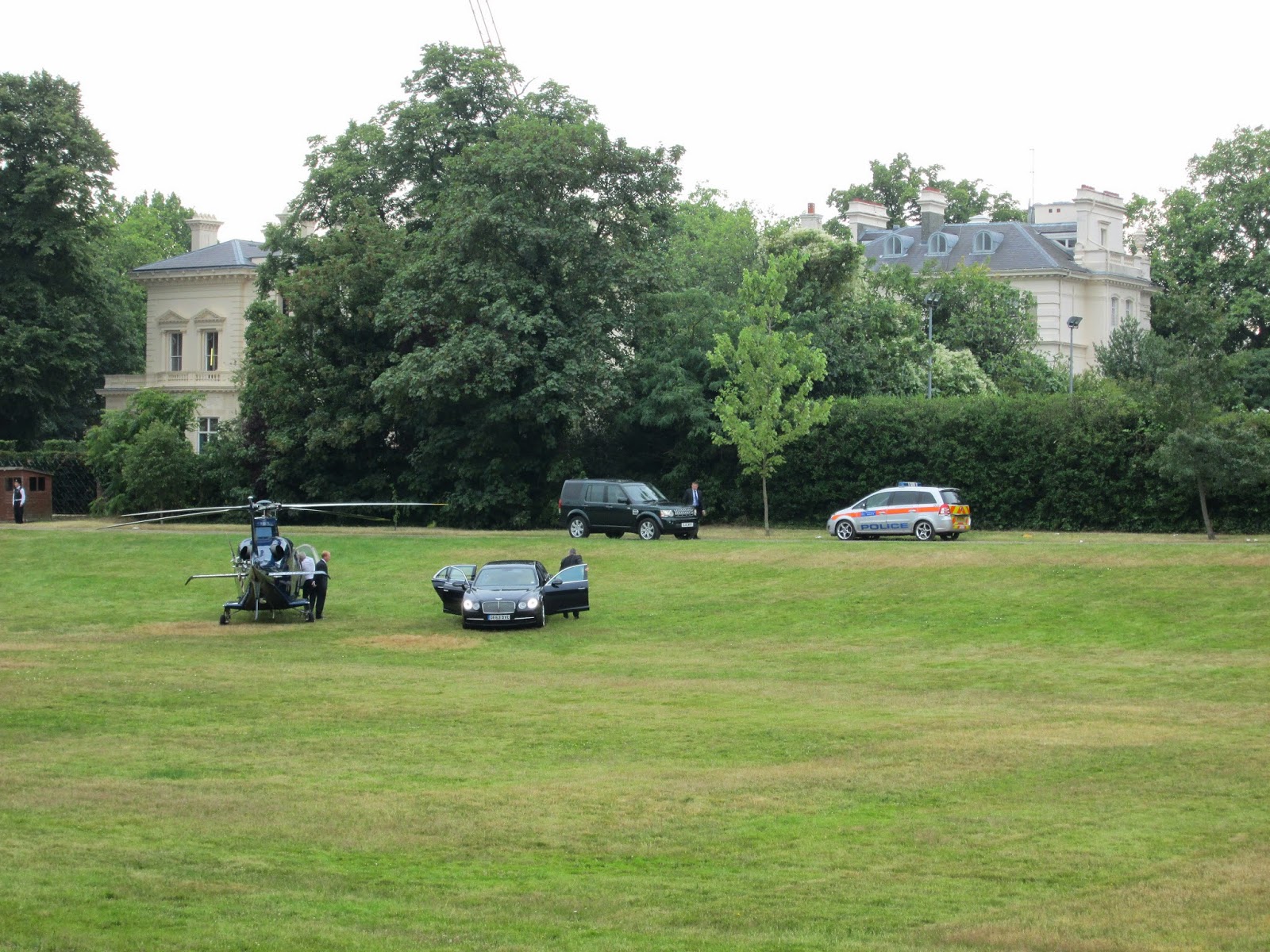 I ran over to see what was happening.  There was a large crowd gathering. 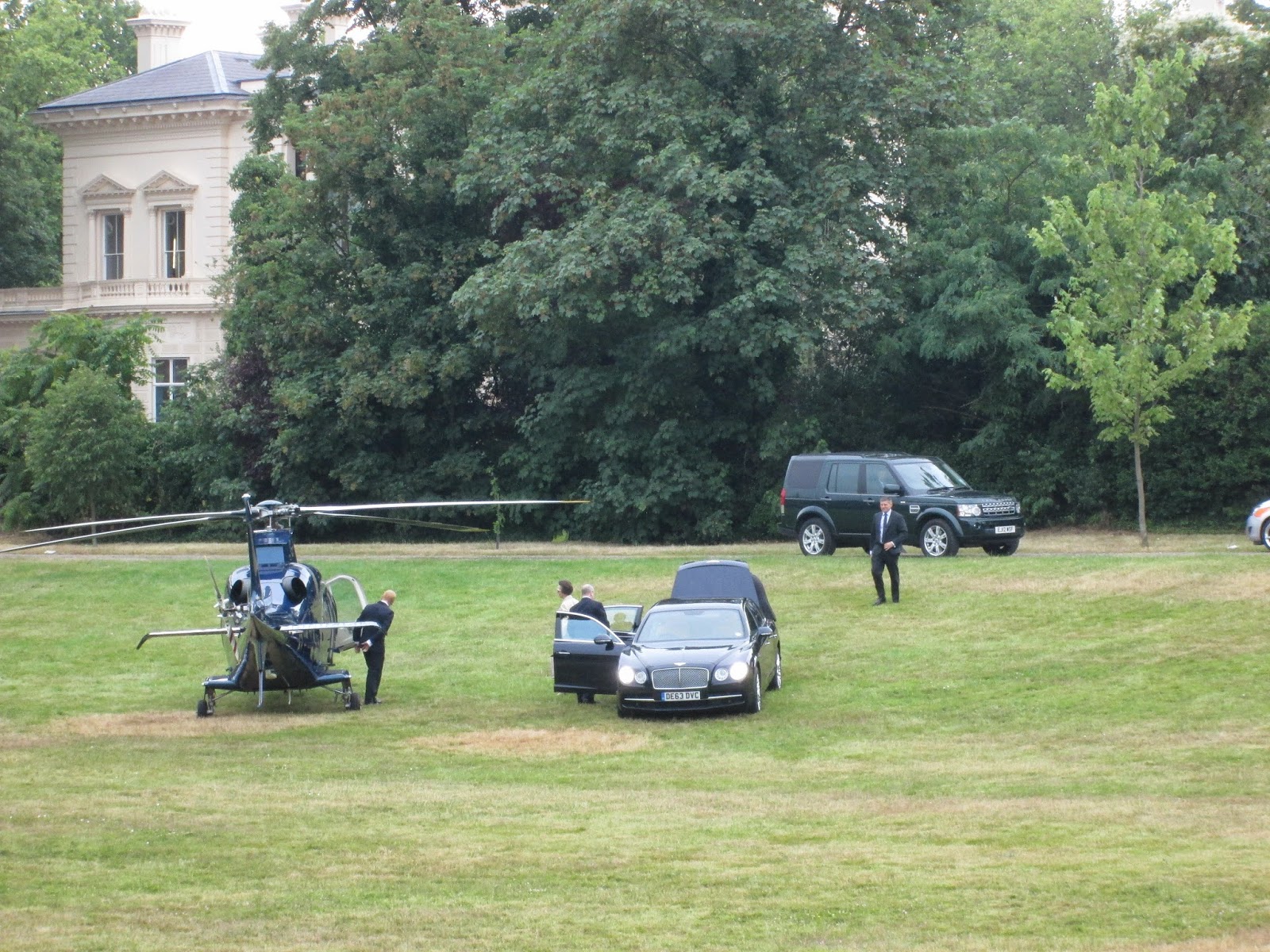 Apparently, Princess Anne had just finished having tea with her mother, Queen Elizabeth, and was taking the royal helicopter to her home. 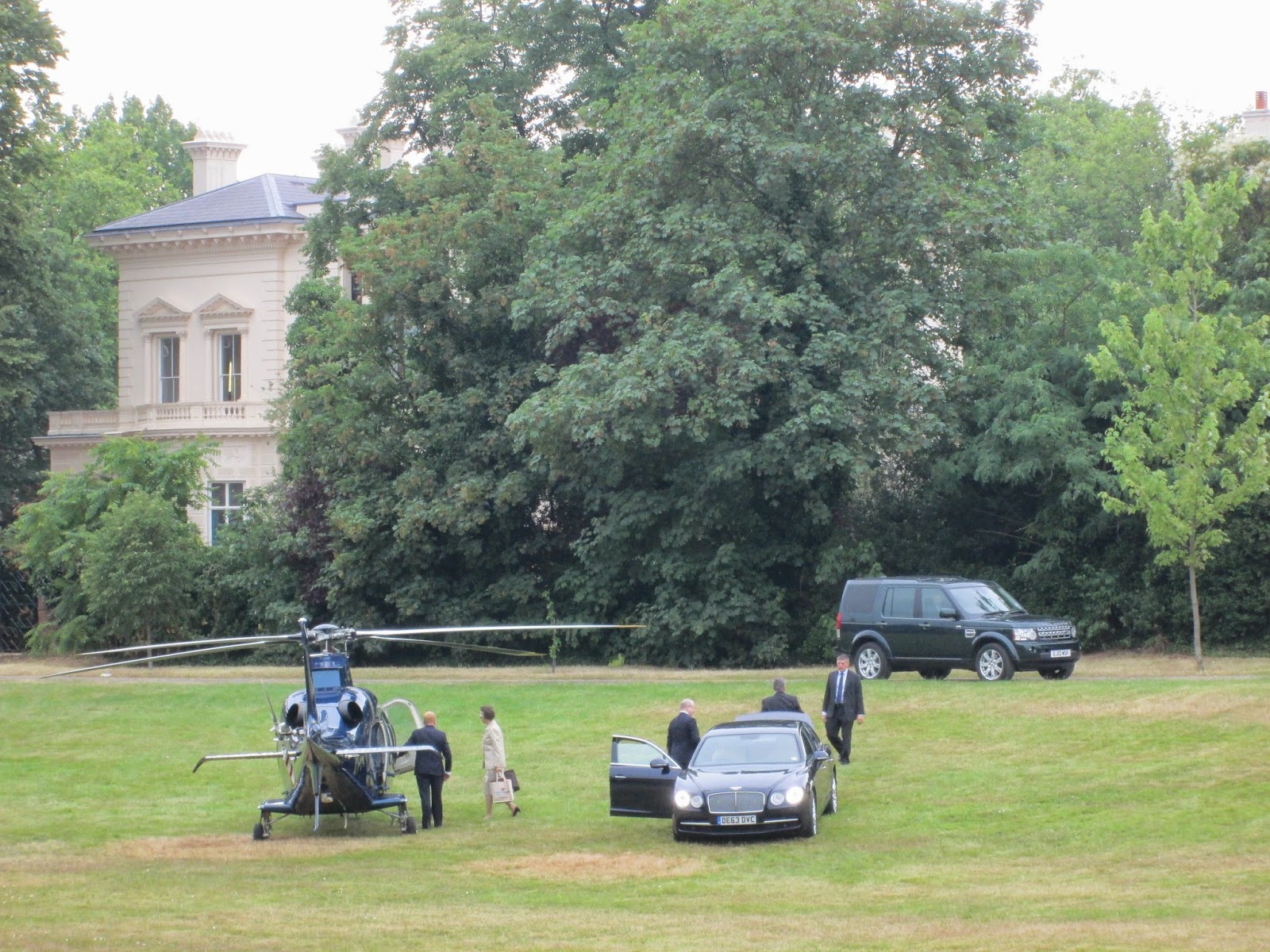 A lot of the park goers see Prince William and Kate arriving and departing from this green area. 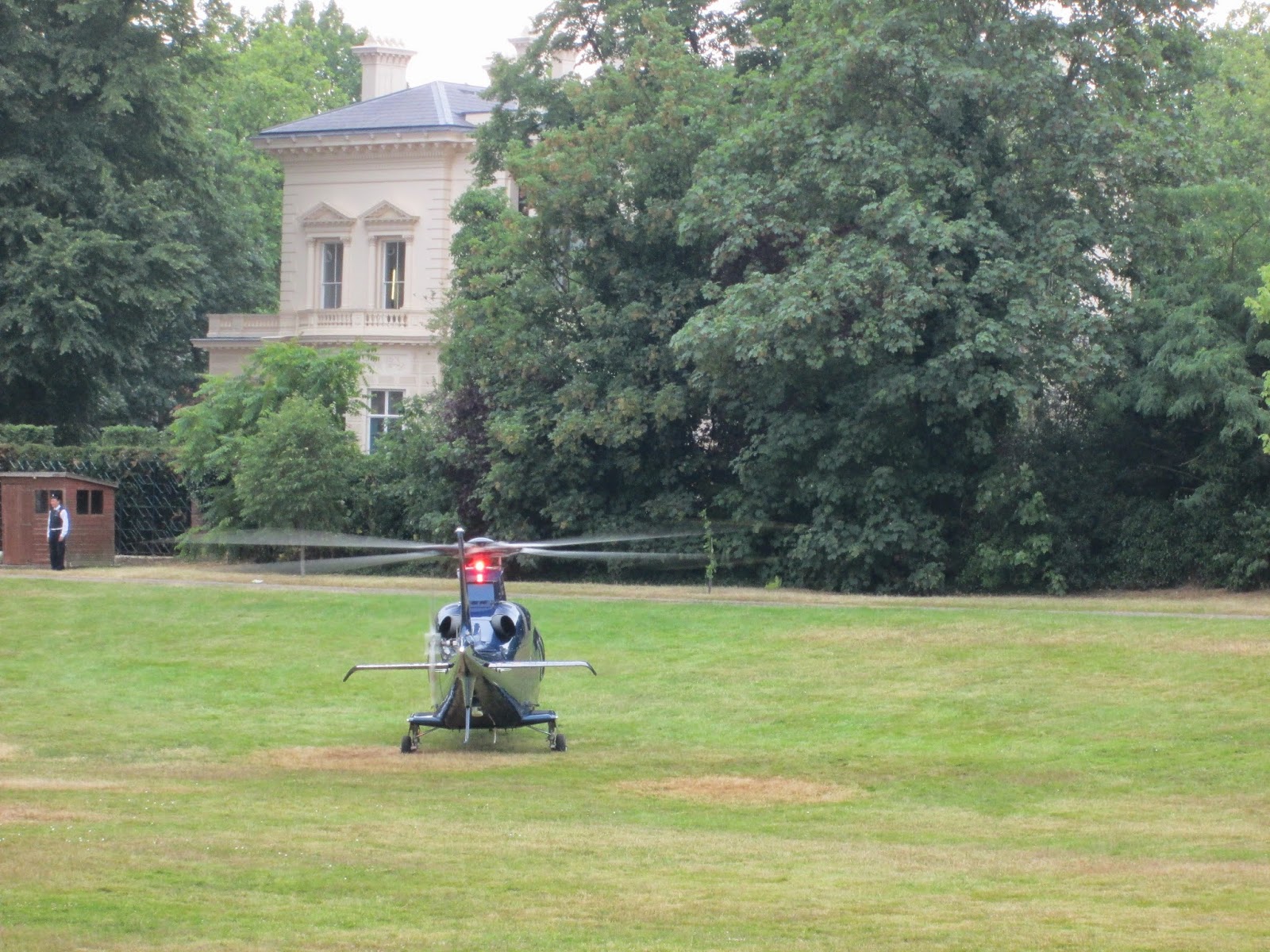 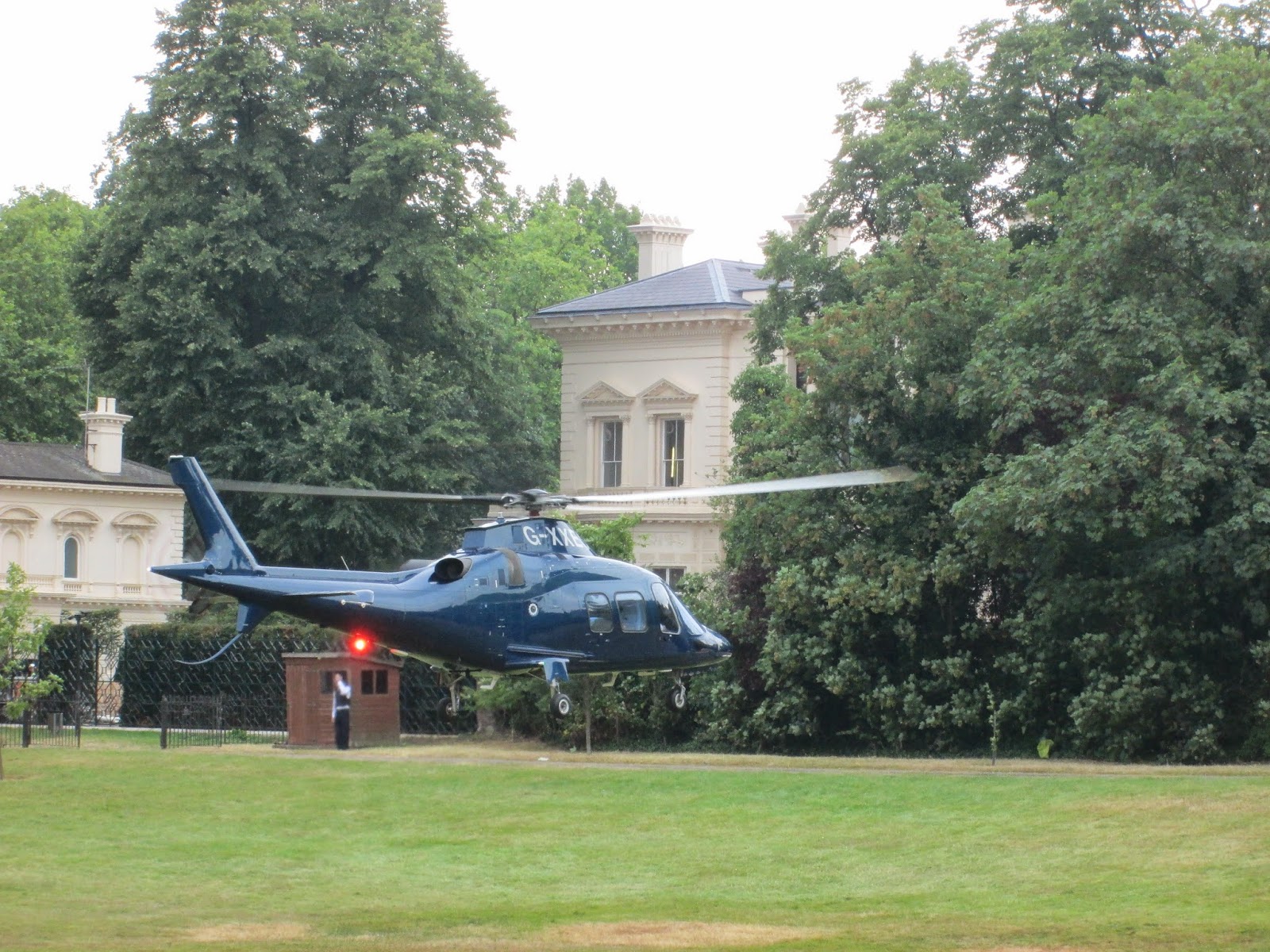 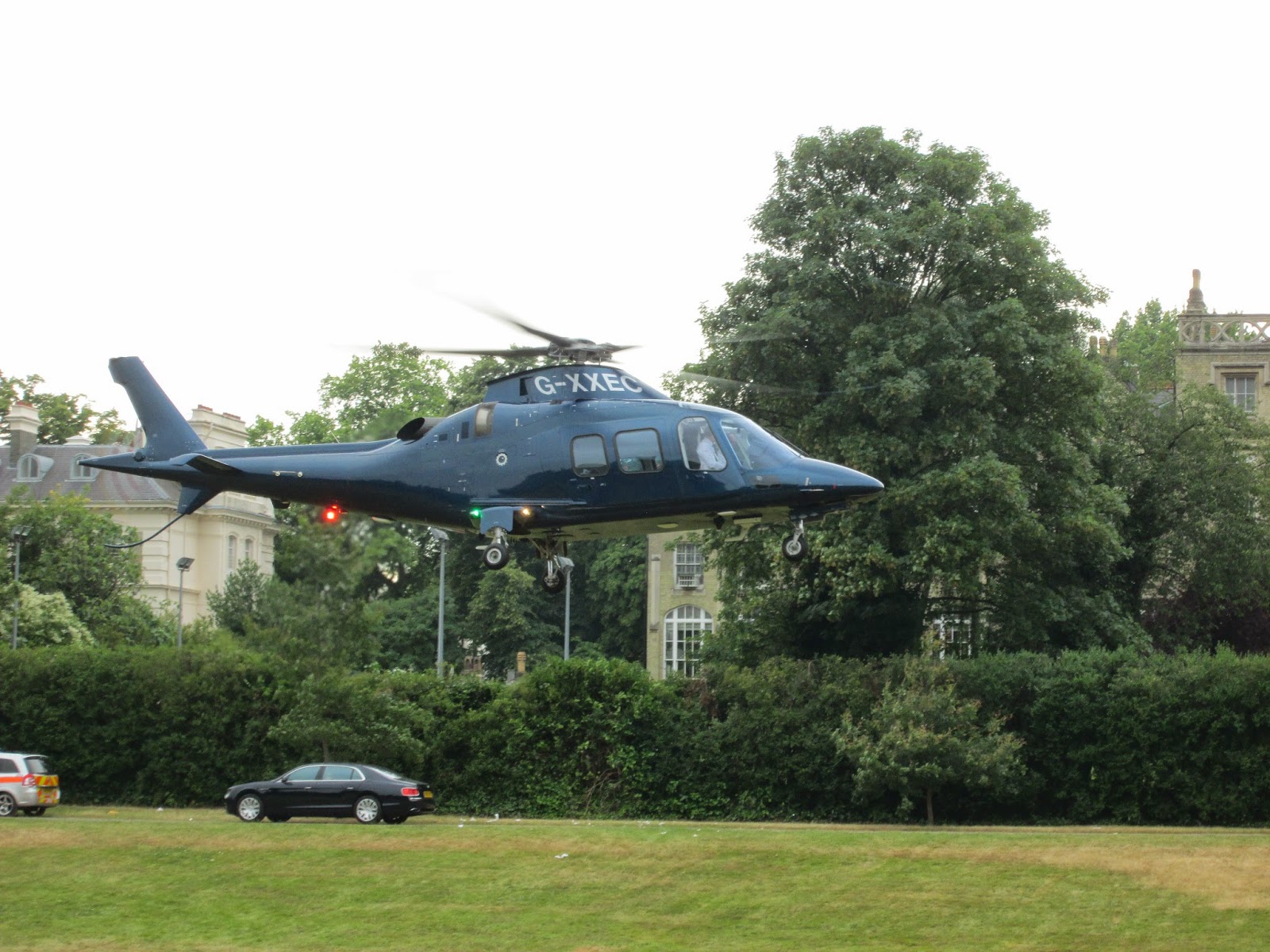