This was a very sad day when the kids said goodbye to each other. 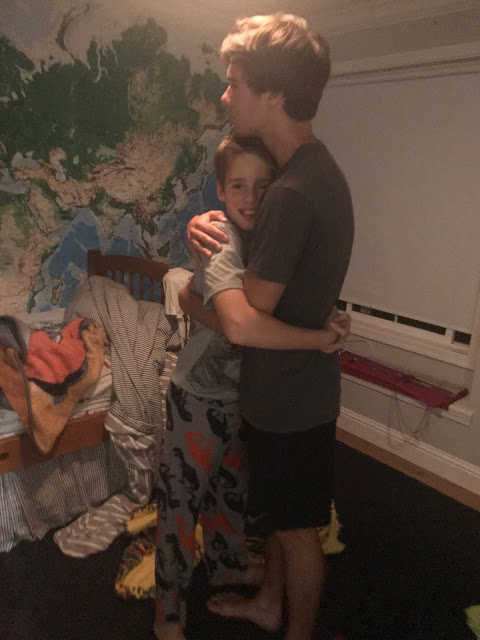 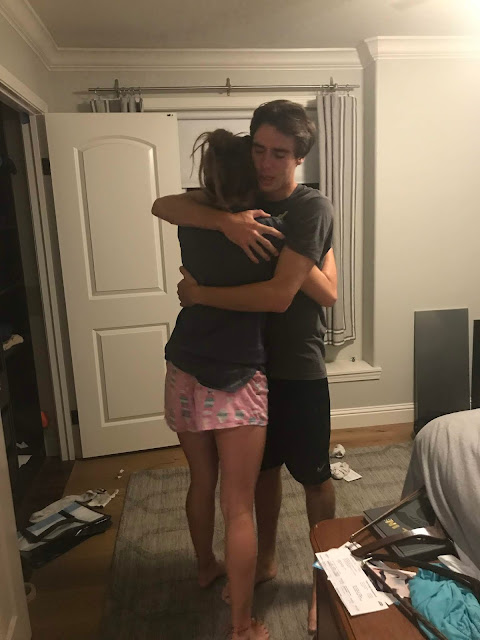 Waiting for Steve fly in from somewhere in the world. 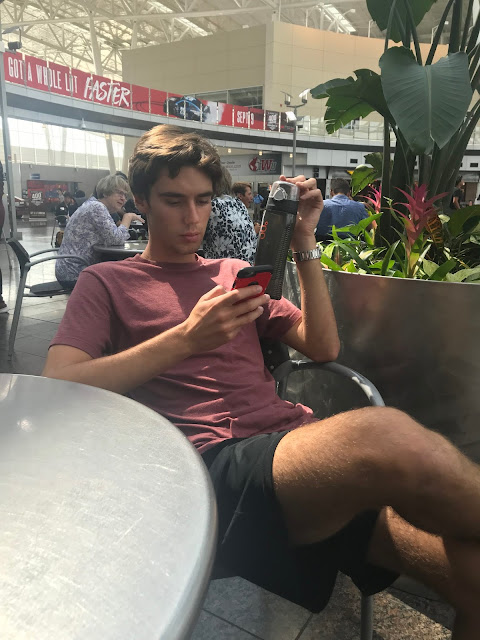 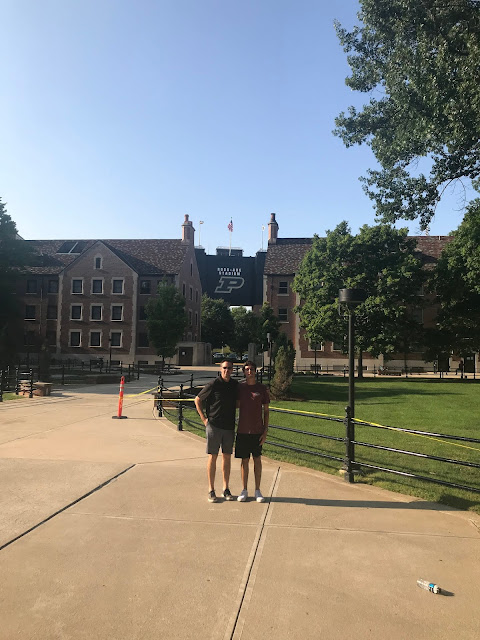 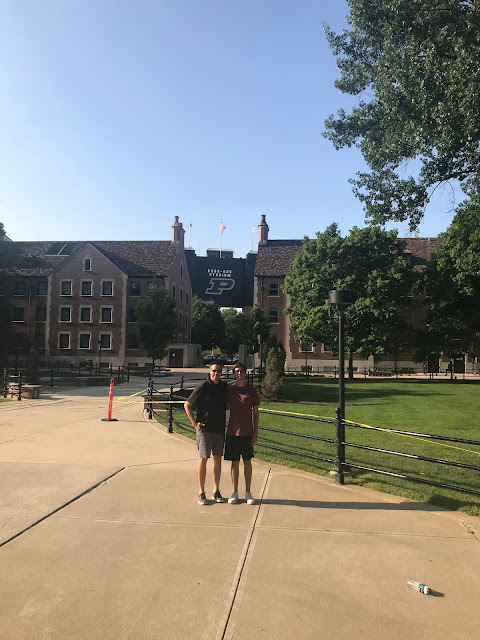 Then Luke's right next door. 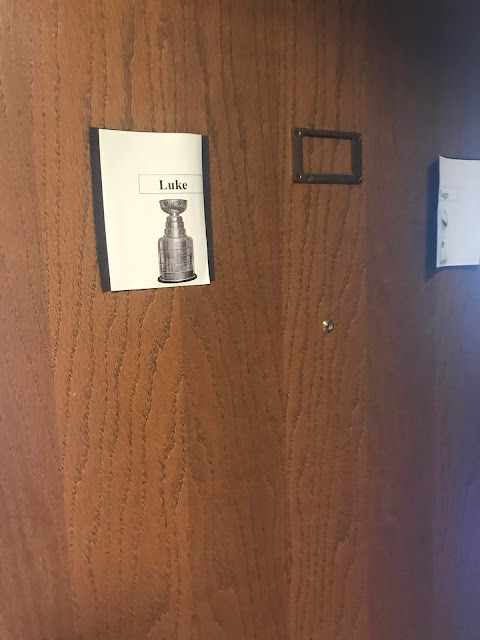 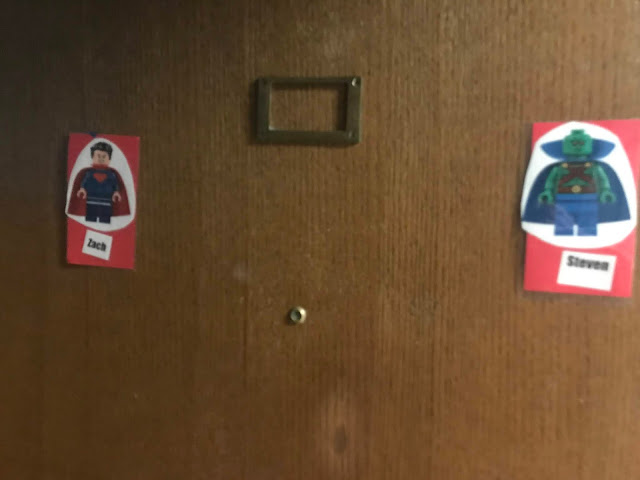 at the all male, oldest dorm in the country. 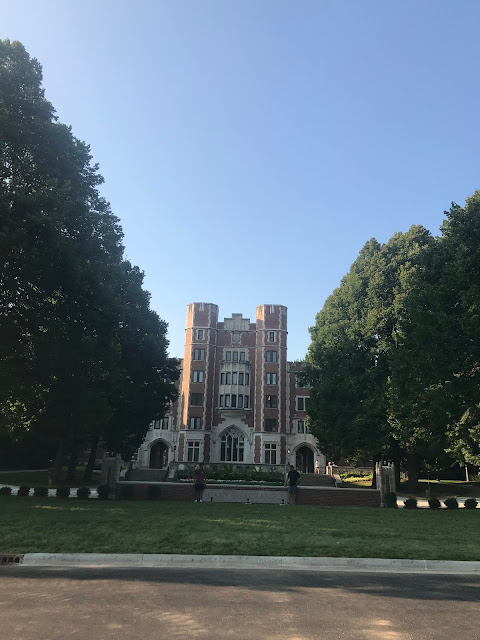 We walked around and found his classes. 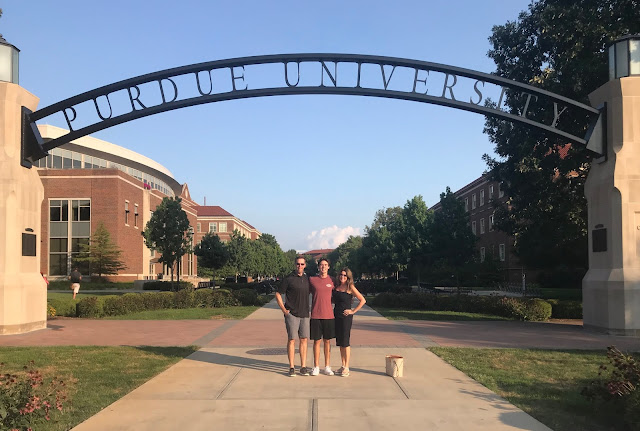 Went to dinner, but Stevie could hardly eat. 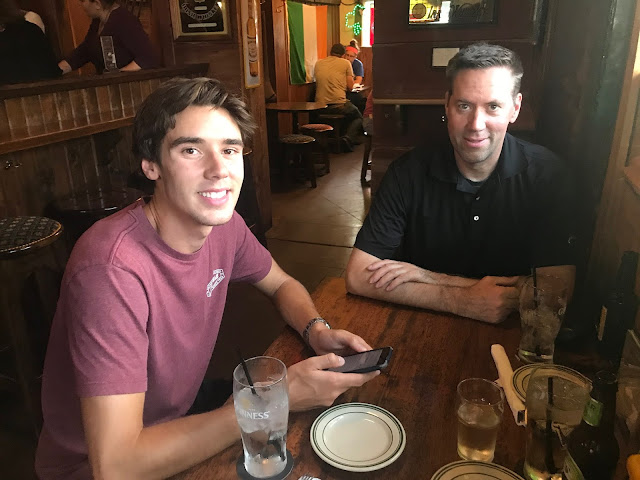 Met his roommate, Zach from Washington. 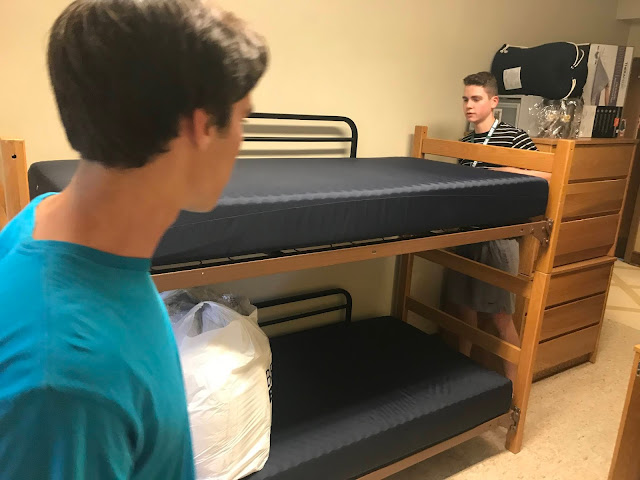 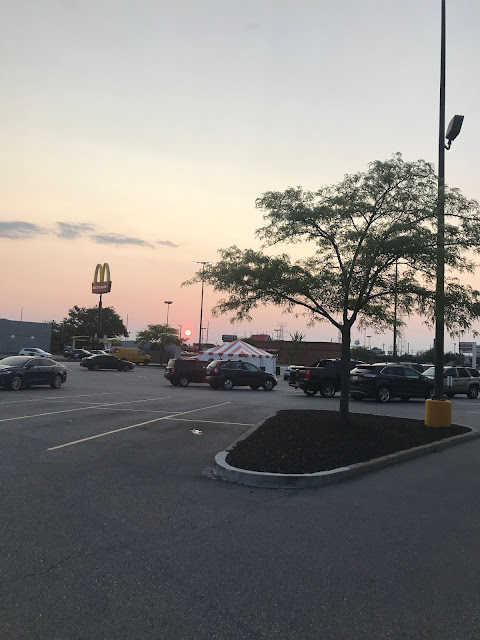 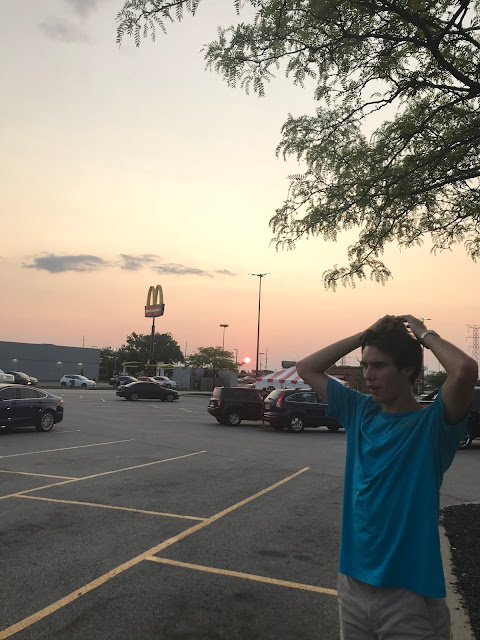 The move-in crew came to move Stevie  into his dorm. 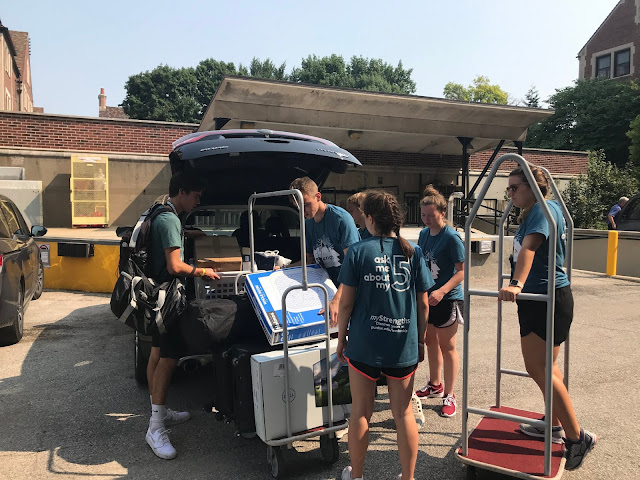 Stevie's dorm is called "Cary's Closets" because it is so small. 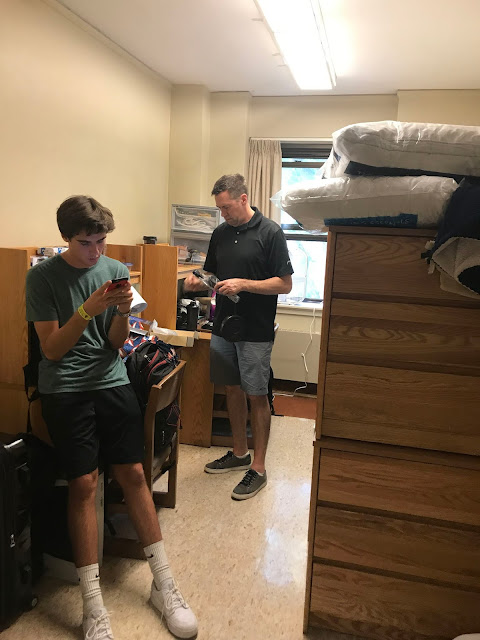 Stevie walking toward the student orientation.  We were all so emotional saying goodbye.  While Stevie was at the start of orientation, Steve and I ran to Target for one last Target run to get his dorm set up with all the necessities. 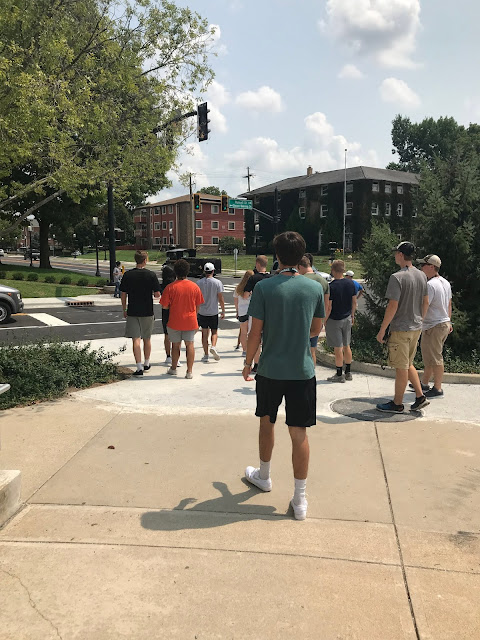 Watching him walk to his big, bright future was such a beautiful moment.  Steve and I turned around and walked to an ending. . . and ending of his childhood. 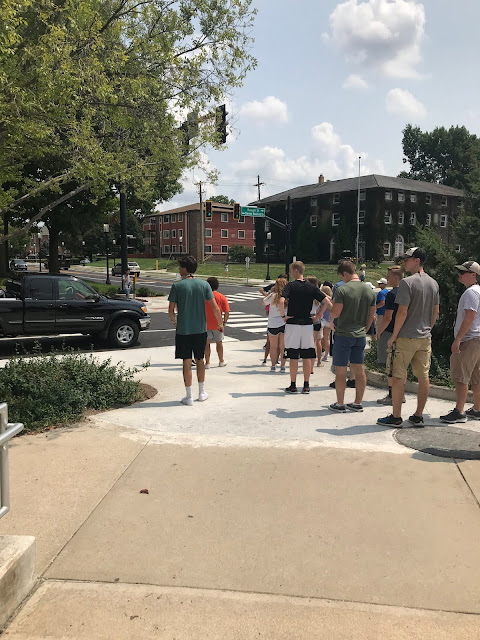 We then went to the big welcoming for parents and students.  We saw Stevie up high in the bleachers with his welcome week group. 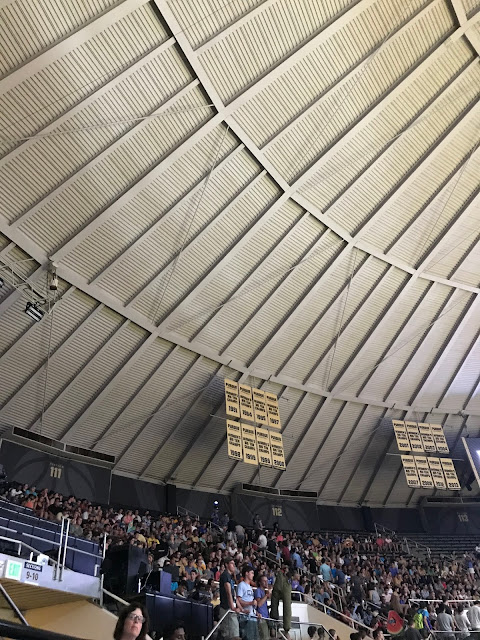 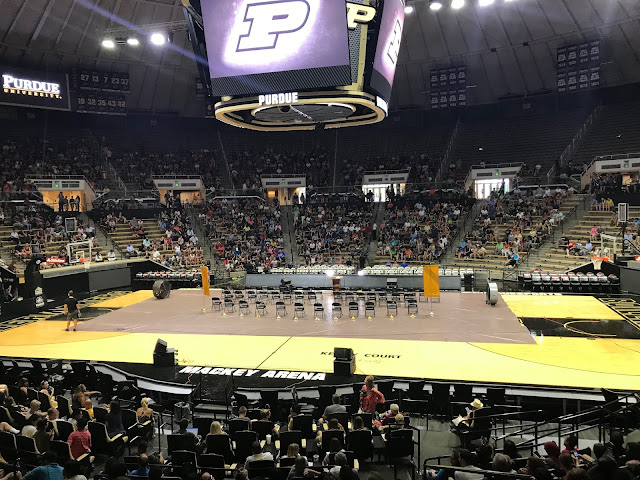 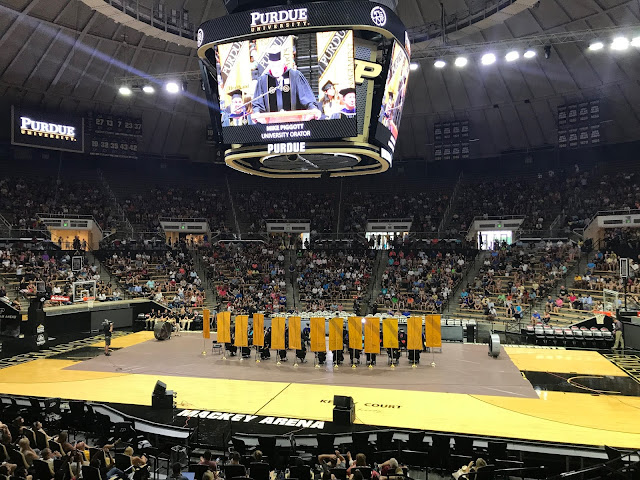 We then met him one last time in the dorm for a quick Target drop off and one last goodbye. 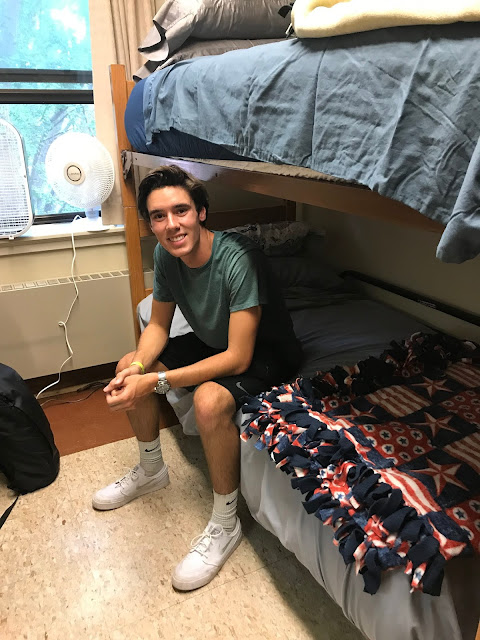 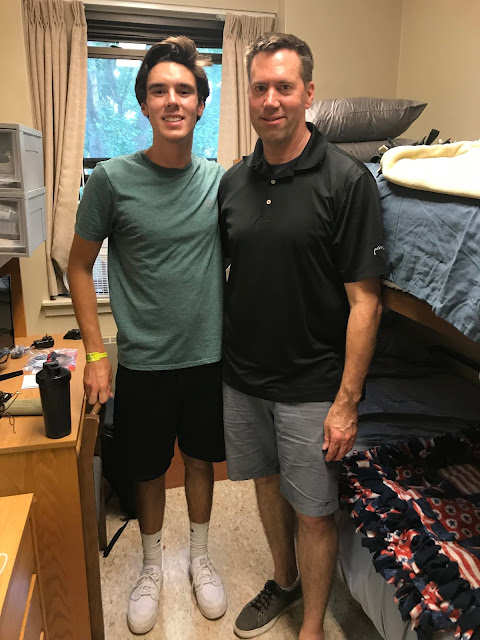 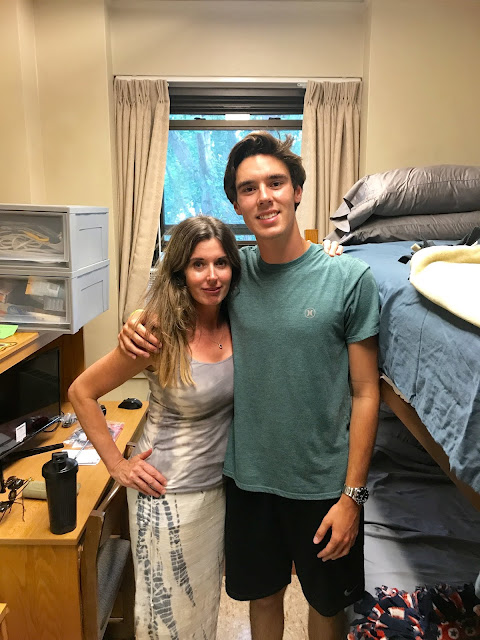 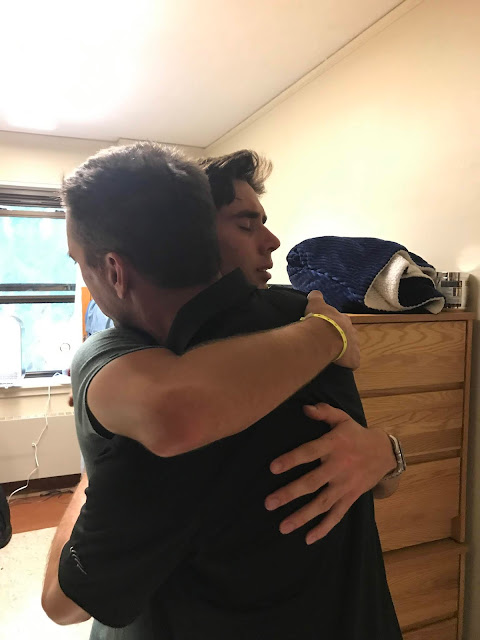 After we said our final goodbyes, this is the picture (and the one of him walking to his welcome week) that I remember in my mind.  We all had to take a moment to recover from the goodbyes.  It was sad.  Sad that the childhood is over.  We are exciting for his future and all that will be.
We love you Stevie and are thrilled for you to be at Purdue! 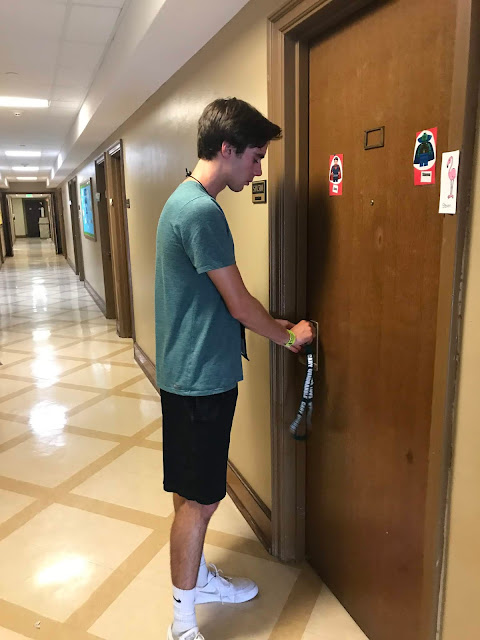 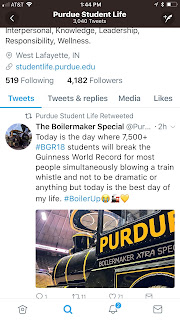